Tiered and tested, the latest addition by the Swiss watchmaker offers us a newly engineered, one of a kind display of time. 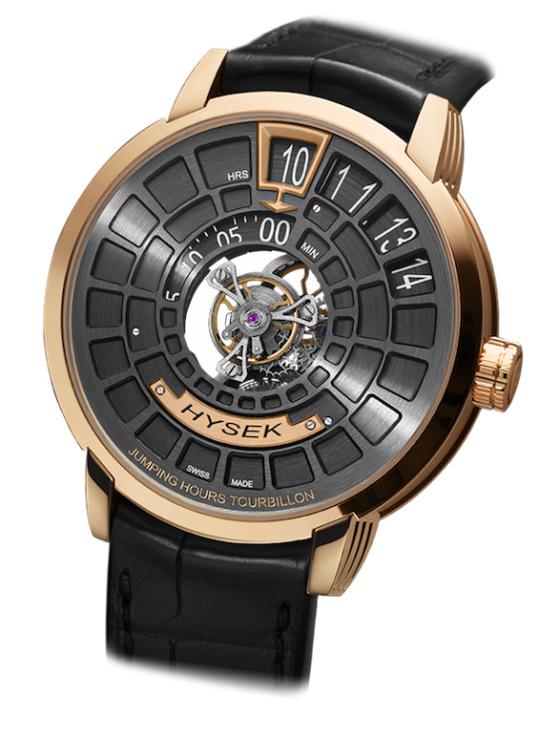 Hysek’s IO Jumping Hours Central Tourbillon first caught our eye last year. The watch delivered a unique aesthetic feel thanks to an unprecedented tiered time display using concentric discs. The watch became an instant hit with aficionados, and I didn’t expect it could be improved much in a short period of time.

But here we are in 2016 was an updated version of the IO Jumping Hours Central Tourbillon.

Again, we have the special display of concentric circles on the dial. The outermost disc displays the hours by rotating counter-clockwise. The current hour is displayed in the centre of a dedicated window at 12 noon, which stands out thanks to a distinctive gold finish. 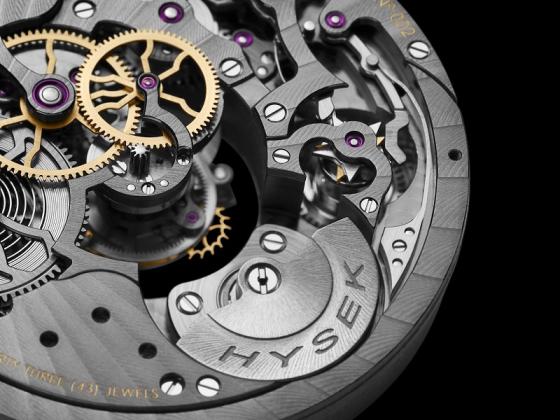 The middle disc is rserved for the minutes, which turns clockwise to create contrast by running against the hours disc’s direction. Each passing minute is shown by an arrow pointing from the hour dial, linking hours and minutes in an intuitive, continuous way.

In the middle, of course, is the in-house automatic movement’s flying tourbillon - which can also display the seconds. Without its upper bridges, the tourbillon is definitely the star of the show here, suspended by a ceramic ball bearing fixed to the plate.

This entire timpeice is contructred around the the tourbillon. Its central position demonstrates the savvy skills of the designers at the Lussy sur Morges manufacture, because the layout required a review of the entire structure of the movement. 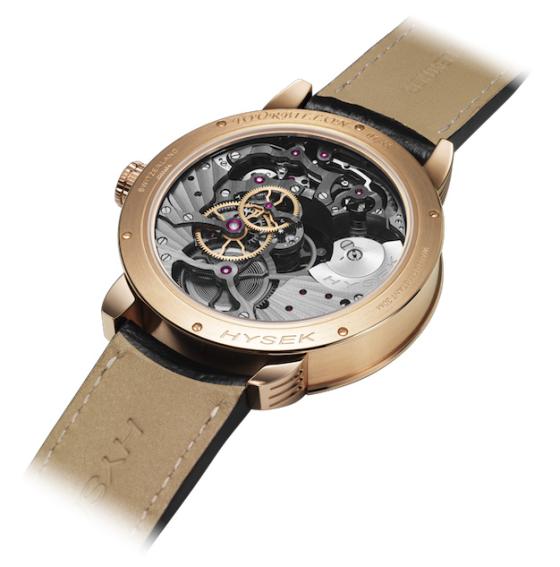 For instance, the centre wheel had to be offset to make way for the main attraction in the middle. Finding available space for the barrel was also a more complex issue than in a traditional, offset tourbillon model. In this HW20 movement, the barrel is directly engaged with the centre pinion through an intricate series of specially designed Hysek setting wheels.

To cap off the impressive design, the new version of the timepiece has been treated to a brand new finish in 18-carat rose gold. True fans would have also noticed that the circles etched into the dial are not concentric, subtly highlighting the piece’s unique aesthetic.

The 45mm case is well proportioned, and sports non-reflective sapphire crystals on both sides, exposting the beautiful, 322 component HW20 caliber on the inside.