They’re at it again. The Swiss watchmaker already praised for its excellent skeleton models ups its game with its first self-winding skeleton collection, the Excalibur Automatic Skeleton. 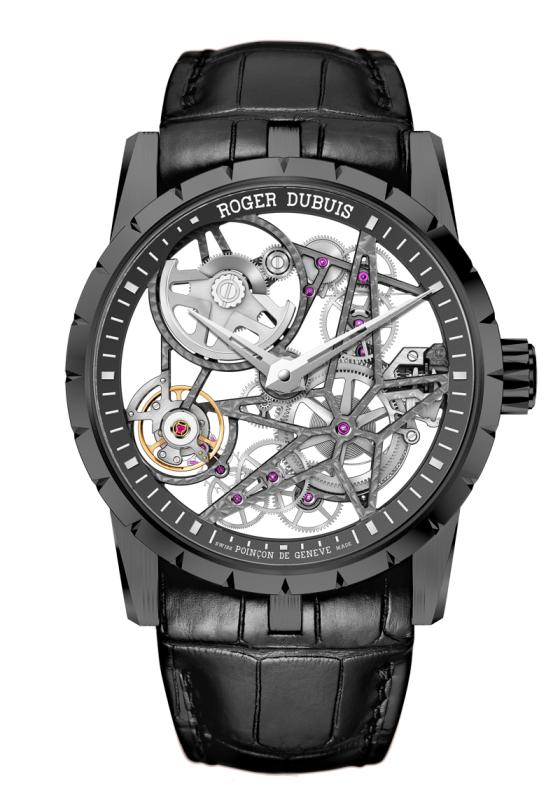 Roger Dubuis hasn’t been around for so long, just over 20 years in fact. But in that short time, the brand has firmly established itself in contemporary haute horlogerie, especially when we’re talking about skeleton models.

The self-declared “pioneer of contemporary skeletons” made its reputation with the iconic Excalibur collection, which features several hand-wound models and even included tourbillons.

But in 2015 the brand took it’s skeleton game to the next level thanks to the new RD820SQ calibre. It’s the brands first automatic skeletonized calibre, which now offers mechanical watch fans the added convenience and versatility of a self-winding watch. 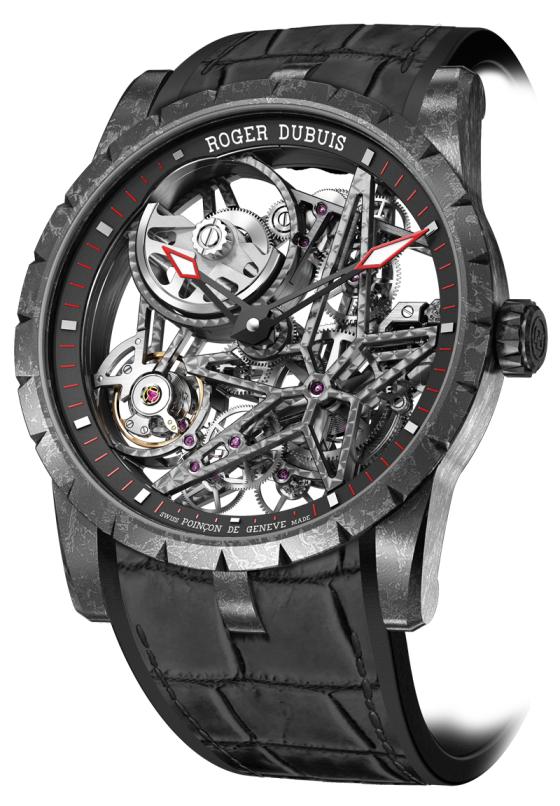 The movement itself is visually stunning. Charcoal grey rhodium-plated, it’s very nicely finished with “Poinçon de Genève” decorations and 167 individually finished parts. It doesn’t only look good, it performs well too. Ticking at a frequency of 4Hz, it delivers a solid power reserve of 60 hours.

The eye is immediately drawn to its ‘astral skeleton’ star-shape, which is raised to create a nice 3D effect. Another of the brand’s signature features is the micro-rotor, which is now skeletonized and much lighter but still manages to deliver the same winding power as a traditional central rotor. 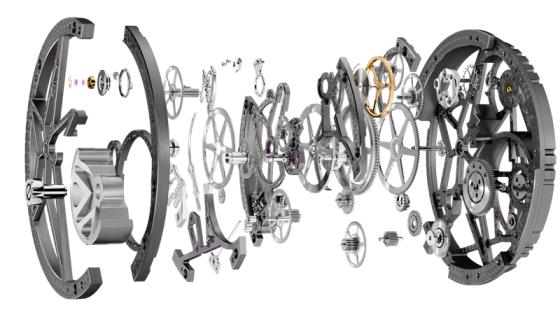 The impressive automatic movement is the core of an exciting line-up of new Excalibur Automatic Skeleton models. Each has the iconic Excalibur design, like the round case with fluted bezel and triple lugs and of course the Dauphine style hands. We get a highly architectural design that is incredibly light and at the same time looks quite robust, making it a good option for business or pleasure.

The versatility is enhanced by a range of case options, including pink gold, white gold, DLC-coated titanium, or the sportier superlight carbon fibre sheet moulding compound (SMC) which is my personal favourite. Coincidently, it’s also the cheapest offering from the collection, coming in at just over $63,000.

While the price is not exactly cheap, the collection is not limited in production, meaning that you have plenty of time to save up and get one. 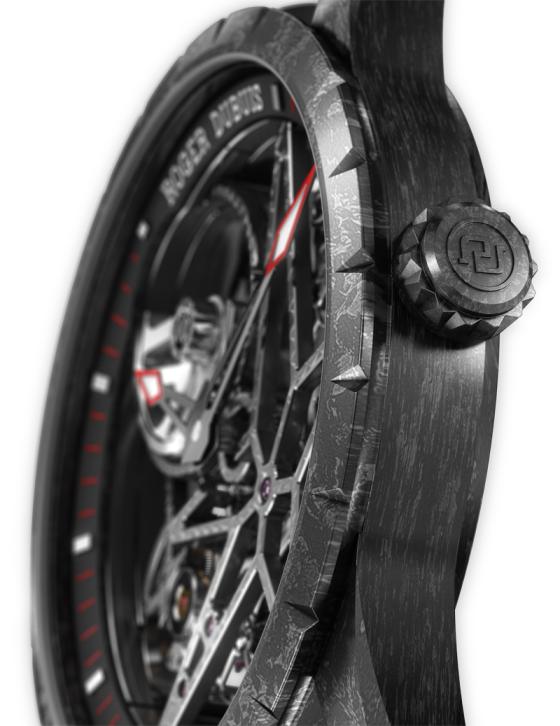