Romain Gauthier is enraged! Find out how.


Romain Gauthier is enraged! Find out how.

For the Enraged limited editions, the brand has taken the Logical One and Prestige HMS models and given them a bold makeover inspired by the automotive industry. 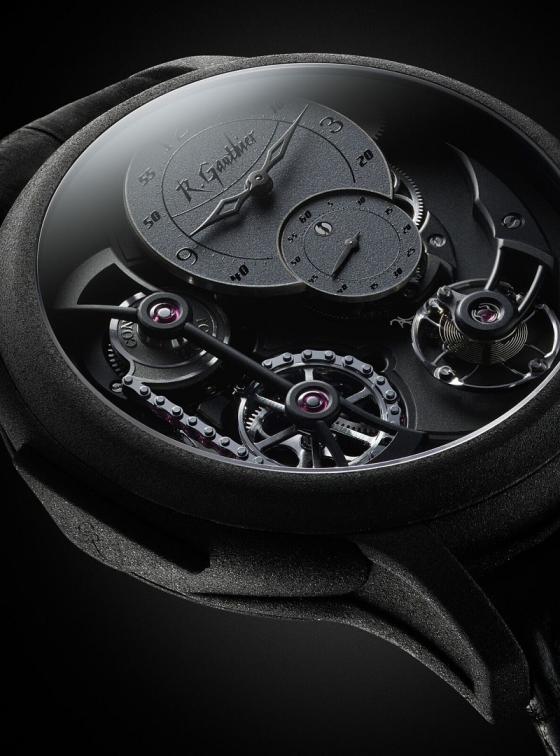 Since establishing his company in 2005, Romain Gauthier has built a solid reputation for making well-engineered timepieces that probably have even better finishing. That reputation got an even bigger boost now thanks to the “enraged treatment” that two of the brand’s leading models have just received: the Logical One and the Prestige HMS.

Logical One is the Grand Prix de Genève-winning timepiece that contains a snail cam and ruby-link chain drive, which offers nearly two days of constant force. This inspiring in-house movement is wound using a caseband pusher and all the action can be appreciated dial side and through the display back.

The second model, the Prestige HMS, also boasts a partly open dial and display back offering great views of the in-house Calibre 2206 HMS. (By the way, HMS doesn’t stand for “Her Majesty’s Ship”, but “hours, minutes and seconds”.) The watch is known for its streamlined profile and large crown that is configured flat on the caseback for increased winding efficiency. 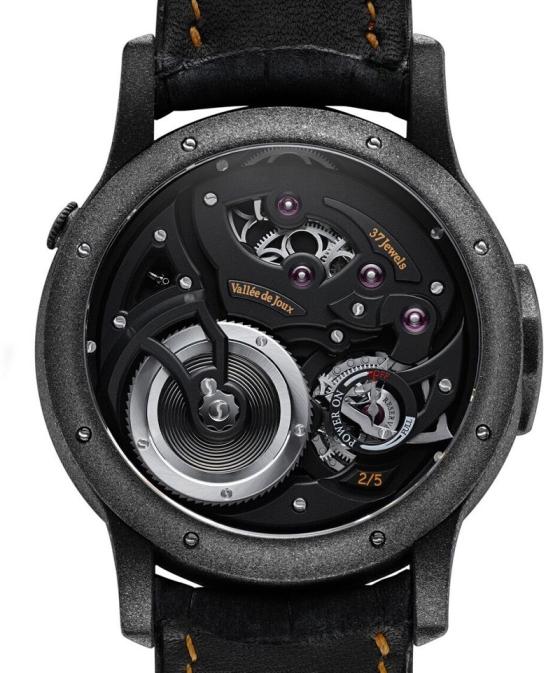 The brand’s founder looked to the automotive industry for inspiration when updating the look of the Logical One and the Prestige HMS:

“I’m an avid car fan and admire many of the limited-edition supercars created by automobile companies. These projects give carmakers license to express the edgier side of their creativity, allowing them to break with convention and build something outside of the box. I felt there was nothing stopping me from doing the same, so I developed the concept for these Enraged limited editions.”

Their movement plates and bridges, for example, feature hand-created, rounded bevels and hand-created jewel countersinks. So far pretty traditional, really. But what’s unique is that Gauthier has decided to treat them with a very nontraditional matte-black finish. Not only does it look interesting, but it is also light-absorbing. 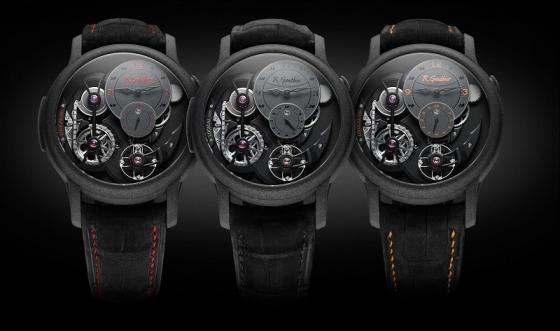 The displays are also darkened and matte-finished. The Prestige’s brass dial has been hand-frosted and then blackened. Same with the For Logical One, which has turned its usual enamel subdials from a glossy black into a rough-textured grey. The hour, minute and second hands are also matte black, and brand’s logo is full of attitude too.

In terms of bodywork, the cases are machined from a robust yet lightweight Grade 5 titanium, which remains consistent with the rest of the watch thanks to a matte black ADLC treatment. Interestingly, the grainy texture created by sand-blasting provides a subtle sheen here.

The watchmaker and brand owner admits that the Enraged limited editions are not for the faint-hearted, because they are full of character:

“To wear one is almost like wearing a tattoo. They are quite a brutal expression of self-affirmation.”

I don’t know how “brutal” they are, but at least they’ll be in high demand. Both the Logical One Enraged and Prestige HMS Enraged are available in three editions – with dark accents, red accents or orange accents – and each edition is limited to only five pieces, making 30 in total.