Gotta catch ’em all – all 20 of them. To mark the 20th anniversary of Pokémon, a 20 piece limited edition with Pikachu at centre stage has just been released. 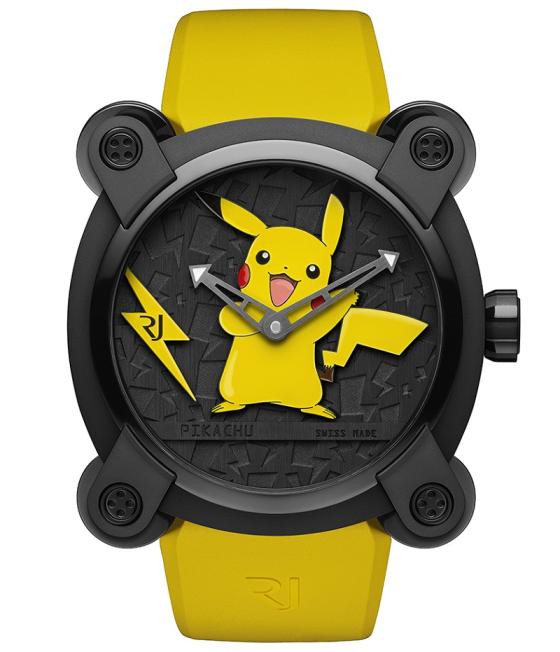 To celebrate 20 years of the Pokémon franchise, Romain Jerome has partnered with the Pokémon Company of Japan to release a limited edition of 20 timepieces. Sticking with the 20 motif, each watch costs $20,000 and features the adorable Pikachu in the centre of the dial.

While Pokémon has been around for two decades now, their latest game - Pokémon GO - has really exploded. From children all the way to adults, millions are trying to “catch ’em all” - as the game’s slogan implores. The game is so good, in fact, that it’s bad for you. 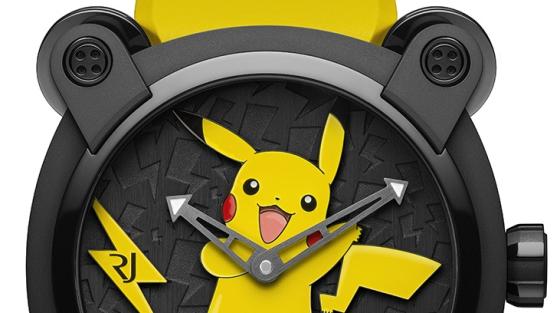 Needless to say, Pokémon is a global social phenomenon. And now the Japanese brand has joined forces with a phenomenon of watchmaking, the RJ brand.

Naturally, the star of Pokémon is paired with Romain Jerome’s star model, the Moon Invader. The model is among the brand’s most recognizable, thanks to a complex 46mm titanium case that features articulated lugs and integrated ball-and-socket joints, which allow a better fit on the wrist. 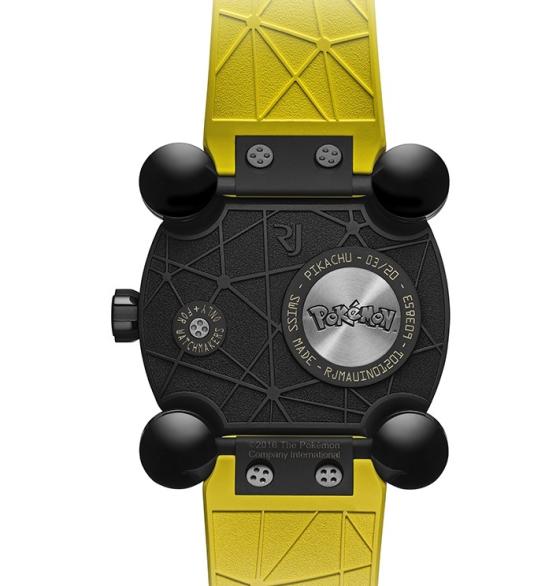 Front and centre of the collaboration is Pikachu, the most well-known Pokémon character, who takes up the entire dial with a big smile. Both Pikachu and the lightning bolt applique on the dial have been delicately hand-painted in yellow enamel.

A vulcanized rubber strap matches Pikachu’s signature yellow color, and an engraved lightning pattern is either sand-blasted or satin-brushed to create depth on the black DLC-coated baseplate.

While this watch is definitely a well executed eye-catcher, it shouldn’t be as distracting to wear as it apparently is to play Pokémon GO.