Is it worth its price in gold? The UR-105 TA “Raging Gold” is a turbine powered timepiece with a golden bezel which will set you back some 66,000 Swiss francs. 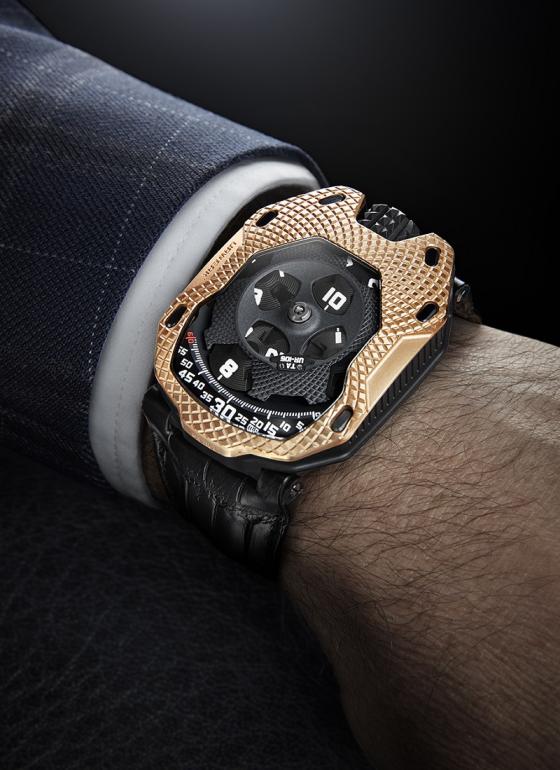 Urwerk has just applied the “Midas touch” to its popular UR-105 wristwatch, with the new UR-105 Raging Gold model now sporting a new golden bezel.

The entry level UR-105s were first introduced in 2014, but the collection has expanded significantly in a few short years. That’s also true for the company itself, which was only established in 1997 and has already made a name for itself as a forerunner of modern Swiss watchmaking.

By 2015, the TA variants were introduced to the UR-105 collection, which included a new automatic movement, the so called “Turbine Automatic". That means that the movement’s automatic winding is optimally regulated by dual air turbines, which are on full display at the back of the watch. 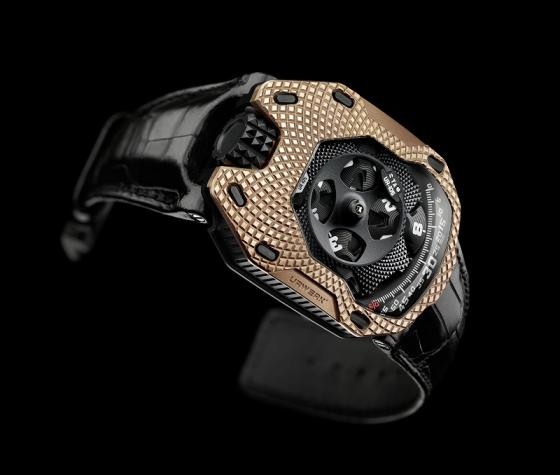 The TA system also allows user control over the self-winding system via the turbines. When the lever is switched to FULL, the winding rotor reacts to wind the mainspring. In the RED (reduced) position, the rotor’s movements are dampened to avoid excessive tension in the mainspring. In the STOP position the self-winding mechanism is disengaged and the watch can be wound manually through the crown.

For the 22 piece limited edition of the Raging Gold, the watch has received a special golden bezel that evokes the breastplate of a knight’s armor. Why gold? Martin Frei, the company co-founder and designer, explains the timelessness of the precious metal:

“There’s always this little inner voice that reminds me how much I love this metal. Beyond the march of technology, changes in fashion, new functions, new materials; gold is always gold. It’s forever. It’s the metal that lights me up.” 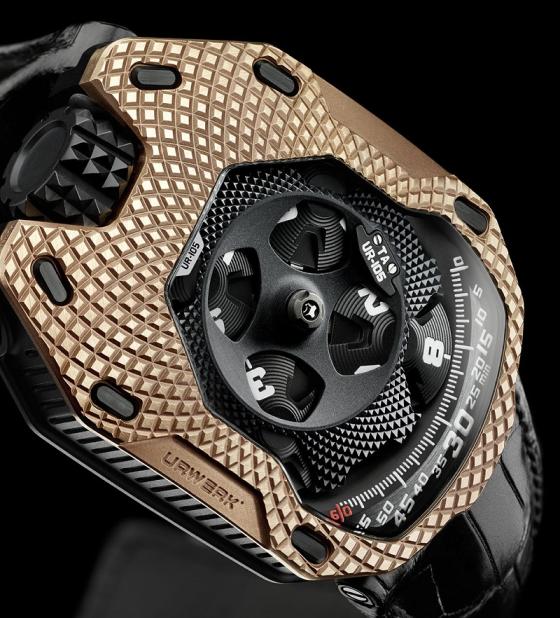 The golden shield bezel is carved into an intriguing pattern, making it not only a pleasure to look at, but also to touch. The lines and the texture of the case go back to classic principles, based on the hobnail motif “Clou de Paris” that was popular in high-class watches of yesteryear.

Other than the super lux bezel, the Raging Gold is nearly identical to the basic UR-105 TA model. That might make shelling out at least 66,000 Swiss francs a bit problematic. 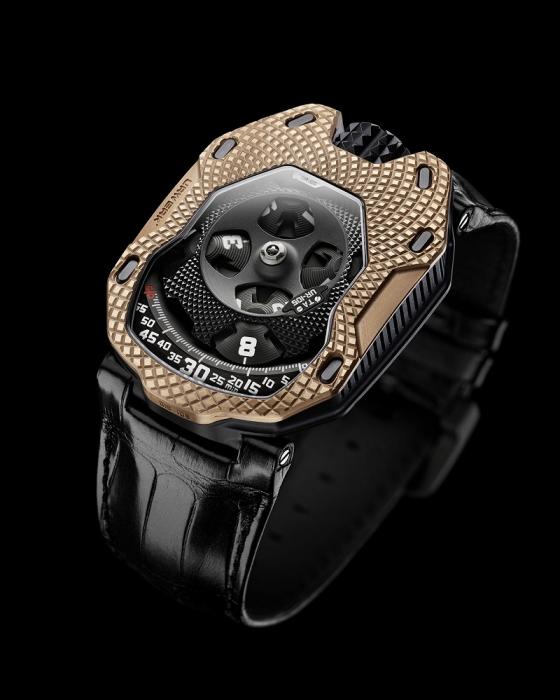