Axl Rose and the Swiss watchmaker have launched a limited edition rock ‘n’ roll timepiece exclusively designed - and signed - by the artist himself. 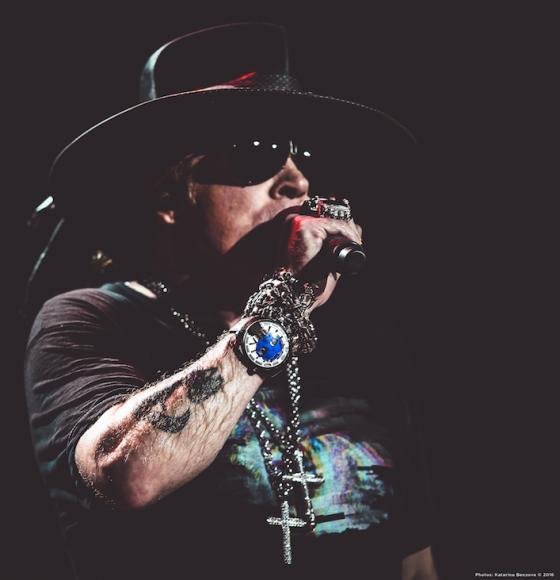 Rock stars aren’t always known for their loyalty, but at least we know that Axl Rose is loyal to watchmaker HYT. The legendary Guns N’ Roses frontman has been sporting the brand’s Skull Maori timepiece for a while now – watch enthusiasts might have already noticed the timepiece on his wrist during his shows across the world.

The brass at HYT also noticed. Vincent Perriard, co-founder of HYT, met with Axl backstage after a concert in Bern. It was during that meeting that the rock star apparently conceived his own model. “This is his watch, exactly as he designed it,” said Vincent Perriard, “We are particularly proud of it.” 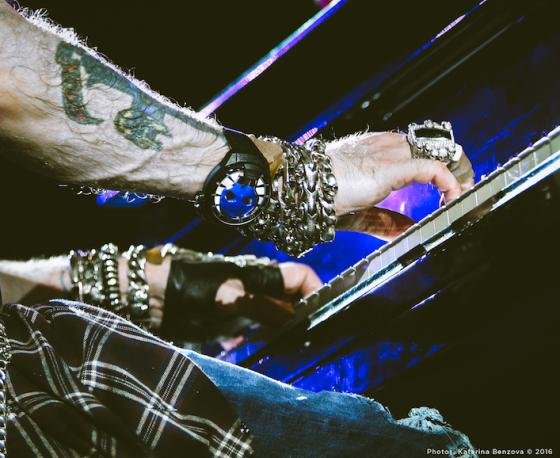 Axl Rose is of course known for his uncompromising spirit, and HYT is certainly known for its exciting and innovative creations. And it seems like the partnership has worked out well.

The end result is called the Rocket Queen The Skull Axl Rose, a custom model limited to just 25 pieces. Guns N’ Roses fans will recognize the name from the band’s debut studio album Appetite for Destruction, which featured the song “Rocket Queen”, one that had significant meaning for the artist. 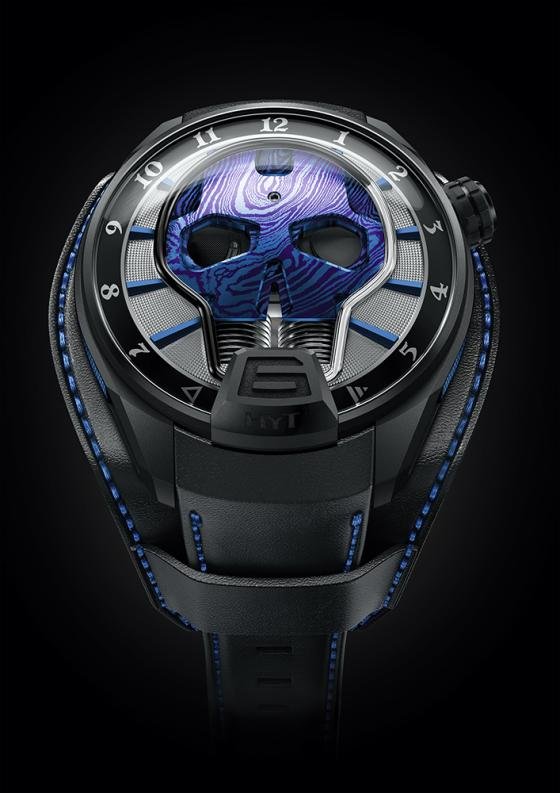 Already a fan of the Skull Maori, Axl chose a Skull base for his model as well. But this time he preferred a Damascus steel style with blue PVD treatment, which helps with the rock’n’roll look.

The case is a rather large 51 mm DLC titanium number with microblasted finishes. It is flanked by two side plates at 9 o’clock and 3 o’clock, which are decorated with the Clous de Paris pattern and also finished in blue PVD. Continuing with the bold blue motif, the unstructured dial features a rhodium-plated Clous de Paris stud pattern and blue PVD appliques. 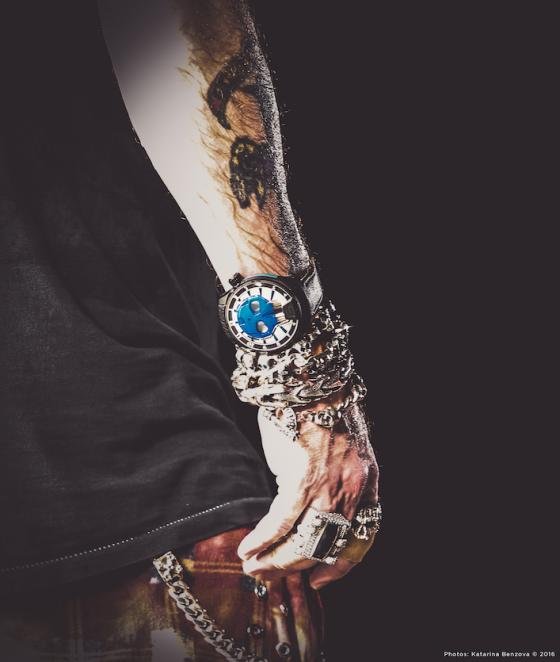 Of course, this wouldn’t be a HYT timepiece without their famous capillary system for telling the time. On the Rock Queen we have a black hour dial with grey indexes, a seconds disc is housed in the left eye and the power reserve indicator is in the right eye. 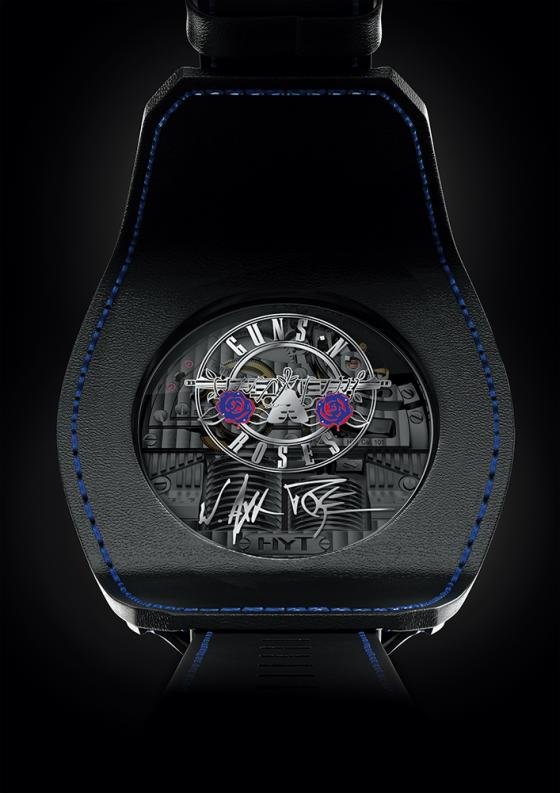 On the back, we have the legendary Guns N’ Roses logo and underneath it sits the singer’s signature on the metallised sapphire case-back. The timepiece will be available in December 2016, and given it’s very limited release, only the biggest – and wealthiest - fans of Axl Rose will be able to get their hands on one.