Never mind a sapphire crystal. The new BR-X1 Chronograph Tourbillon Sapphire has a case made completely from sapphire, the second hardest mineral on earth. 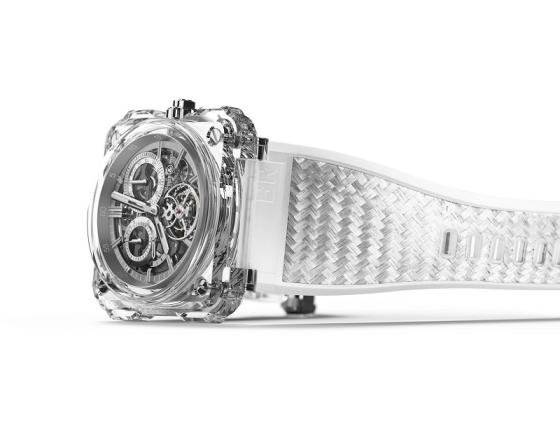 When we talk about sapphire in the watch world, we’re usually talking about the highly scratch resistant glass covering either the dial or the case back. With Bell & Ross’s latest update of their BR-X1 timepiece, however, we’re looking at a next-level use of sapphire in watchmaking.

But let’s take a step back. The launch of the BR-X1 was the beginning of a new chapter in history of Bell & Ross. Like other models in the brand’s repertoire, the sporty and high-tech chronograph was inspired by aeronautical flight instruments. Then they took it one step further, releasing in 2015 an Haute Horlogerie version: the BR-X1 Chronograph Tourbillon. 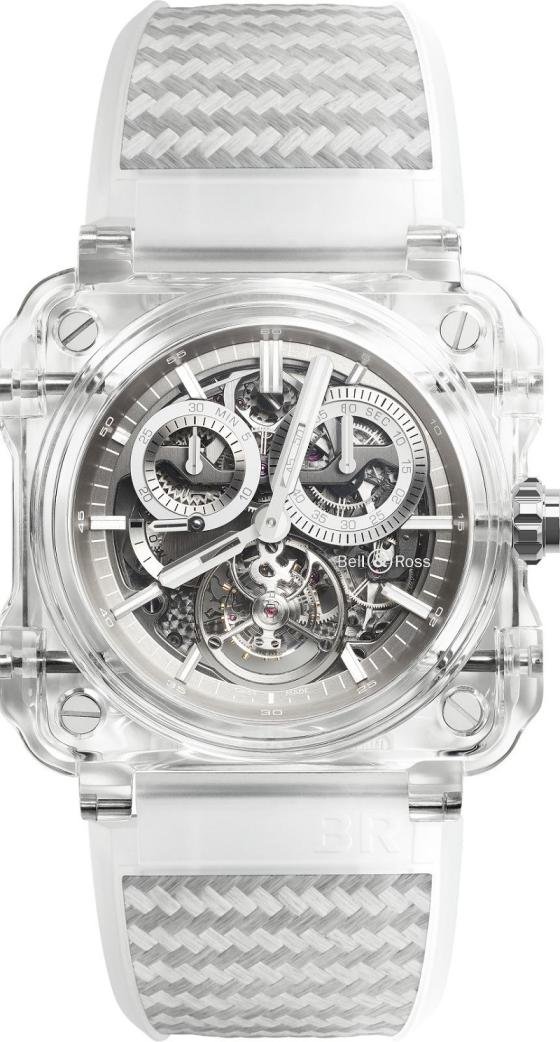 Less than two years later, we have another version of the BR-X1 which outdoes even the predecessors. It’s called the BR-X1 Chronograph Tourbillon Sapphire.

With this new timepiece, the already recognizable design of the watch has been enhanced with a skeleton movement that can be seen through a transparent exterior. It’s that exterior that steals the show on this timepiece.

The brand has allowed us this candid view of the timepiece by using sapphire – or Corundum as it’s known scientifically – to make the case. The extreme transparency of sapphire allows us to peer inside at the movement and see all of the mechanical interactions. 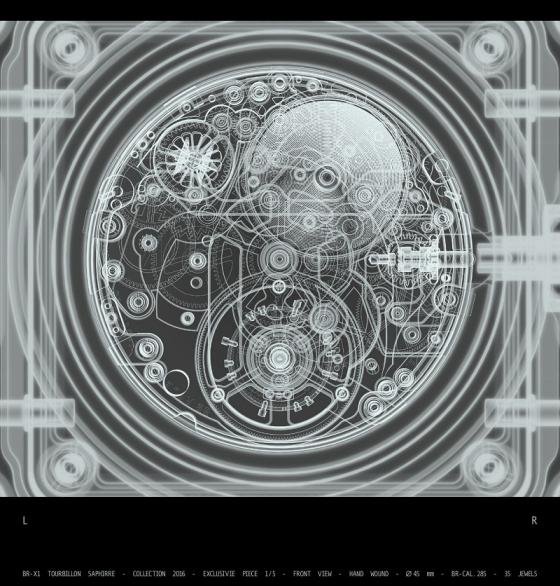 It’s kind of like looking at the bare bones of the watch, as if through an x-ray. We can see, for example, that it was built around a Flying Tourbillon master grand complication which has been added to the mono-pusher chronograph.

The flying tourbillon cage with the logogram “&” can been seen from essentially every angle. And the casual observer can also admire the column wheel under the dial at 12 o’clock, the semi instantaneous jumping hand, and the power reserve indicator of 100 hours at 9 o’clock. 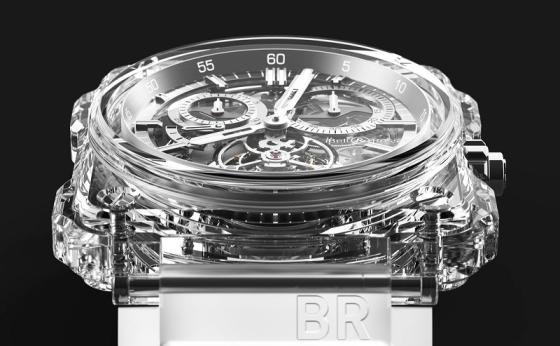 Sapphire is the second hardest material on earth after the diamond, and it’s almost impossible to scratch. But that means it’s also very difficult to machine. That complexity required that 9 different blocks of sapphire be used to make the case: a middle piece, back, top, crystal and the four bumpers, all of which have been assembled with screws.

The end result is visually very impressive. And the new watch allows men to sport more carats on their wrists than their significant others might have on their fingers.