Louis Moinet officially recognized as the inventor of the chronograph


Louis Moinet officially recognized as the inventor of the chronograph

It’s in the books. The Swiss watchmaker is now the holder of the title of “First Chronograph”, awarded by the Guinness World Records organization.

It’s always good to be first. Brands of various industries typically vie for such titles to differentiate themselves in crowded markets by banking on their innovation and rich heritage.

After some six months of procedures and thorough investigations, we can officially call Louis Moinet the inventor of the first “First Chronograph”, awarded by the official Guinness World Records organization. 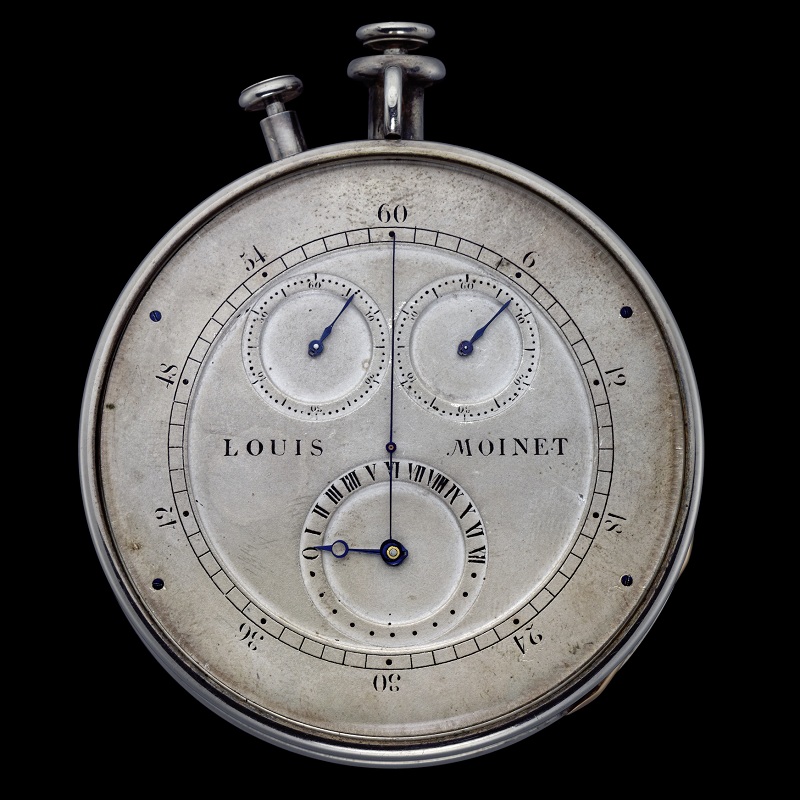 Many watch enthusiasts already recognized that it was indeed Moinet’s 1816 “Compteur de Tierces” that was the first chronograph. But there was some doubt, because apparently it was a man by the name of Nicolas Mathieu Rieussec who made the first model to hit the market, after a commission by King Louis XVIII.

But the good people at Guinness have cleared all that up for us, and just in nick of time - this year we’re celebrating the bicentenary of the invention of the chronograph. In granting this record, it brings further recognition for the brand, beyond just the watch industry. 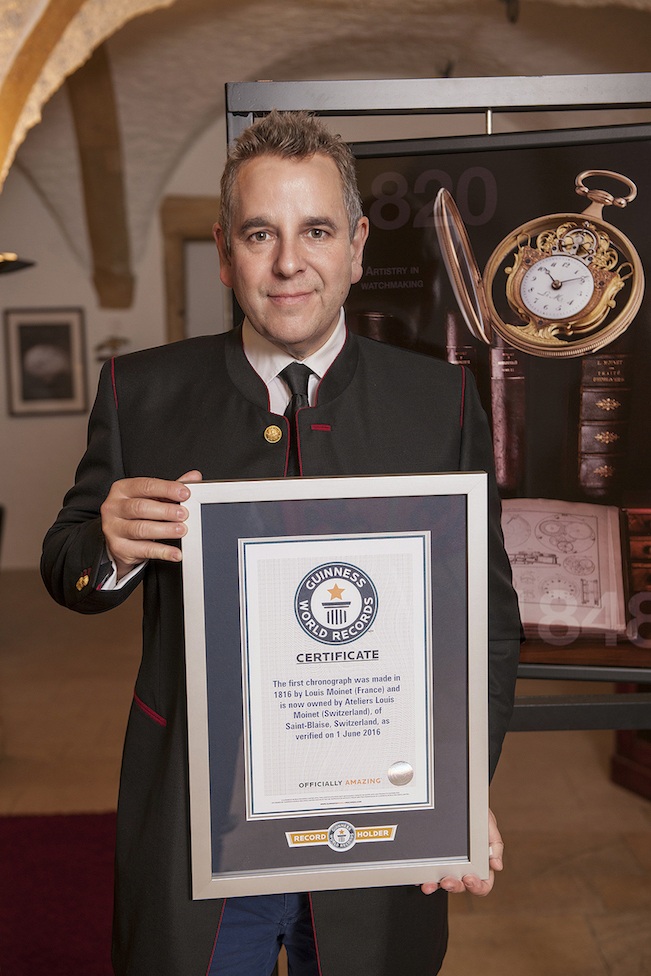 “We’re absolutely thrilled to have received this new honour in a very special year,” said Jean-Marie Schaller, the brand CEO. “The title that’s now been awarded by the Guinness World Records organization takes things to the next level. It opens up the way for greater public awareness of our firm, offering worldwide recognition that crosses borders and extends well beyond the world of fine watch connoisseurs.”

But even before the brand was awarded it’s Guinness World Records recognition, they had been preparing to celebrate the 200 year anniversary of the first chronograph. Earlier this year they released three strictly limited versions of the Memoris, a fittingly named timepiece produced to honour the brand’s first chronograph.