The DIFC-DNA is the brand’s latest timepiece, a limited edition commissioned to commemorate a unique financial building in Dubai that doesn’t exactly play by the rules. 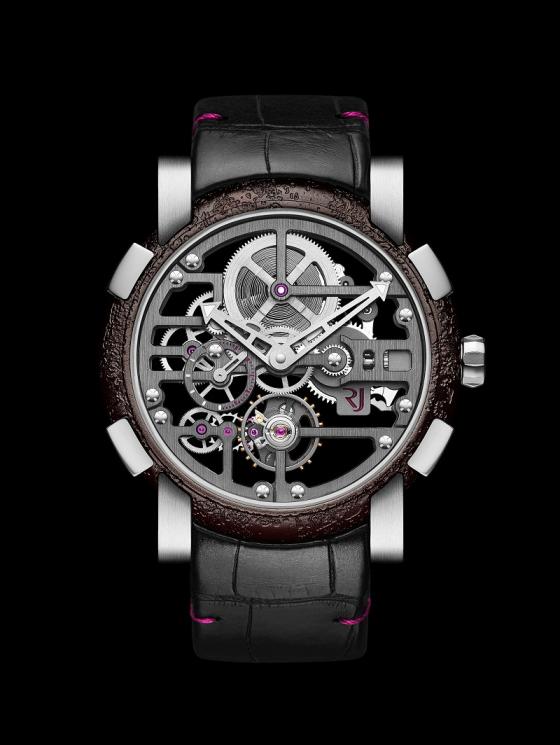 The most recent stop on the watch industry trade show circuit was Dubai Watch Week, which took place on 15-19 November. The exhibition brought some of the best of luxury watchmakers to the Middle East, another important export market for the Swiss watch industry. Participants could also see the winners of the Grand Prix d’Horlogerie de Genève on their victory tour.

The Dubai Watch Week is hosted by Ahmed Seddiqi & Sons, a family owned jewellery shop that’s one of the most prominent retailers of luxury Swiss watches in the region. Their sway in the industry is such that Sir Mohammed Abdulmagied Seddiqi commissioned a special series of wristwatches just in time for the show. 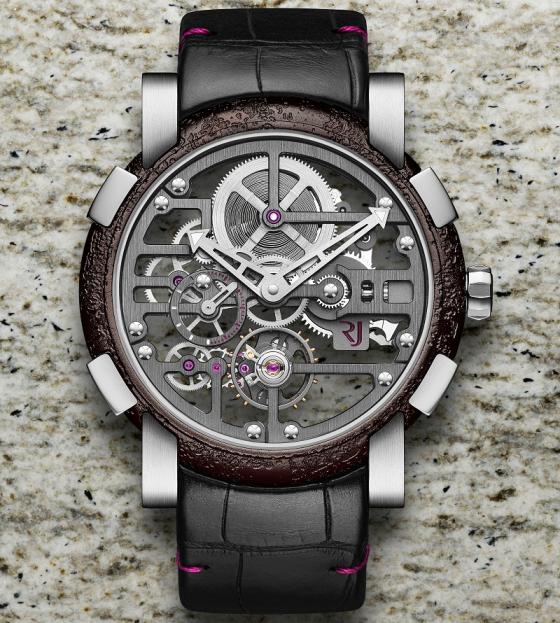 It was the telephone of Romain Jerome that rang to receive the order, and the brand delivered. The result is the DIFC-DNA, a limited edition of 7 timepieces paying tribute to the Dubai International Financial Centre (DIFC).

The building itself is quite impressive – it’s designed to look like a triumphal arc. And if anything is triumphant in this case, it’s the business community. That’s because the Dubai International Financial Centre has its own governance system completely separate form the rest of the United Arab Emirates.

Several original screws from the building were shared with RJ - Romain Jerome, as it can be seen in the video below. The screws were then melted together with watchmaking steel, the alloy was then rusted, oxidized and stabilized to obtain the unique effect we see on the bezel. 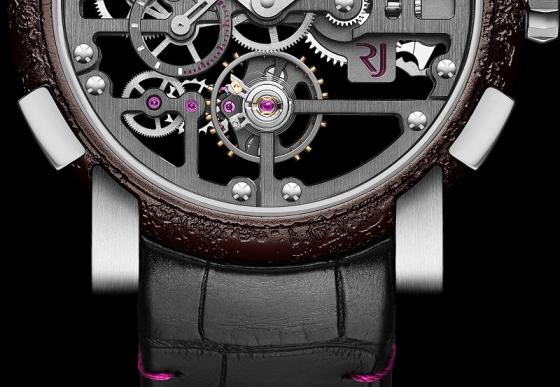 The brand’s Skylab model is the basis for the new series. The usual 44mm steel case is enhanced with the imposing bezel, which relies on the same process applied to the Titanic collection.

The choice of the Skylab model makes sense, given its architectural structure with straight lines and angled bridges. The in-house manual winding movement, which has a 3 layered skeleton structure, is also a nice fit and allows for maximum transparency.

The one thing that’s not immediately clear to me is why they chose to honor a shiny financial building with a rust motif on this watch. Rust isn’t exactly a sign of prosperity - in fact, quite the opposite - but I guess anything goes in the wild wild Middle East.