The brand is a master of mysterious symbolism and it’s no different with the new “black editions” of the Sappheiros Tourbillon and the 3-Horses Tourbillon. 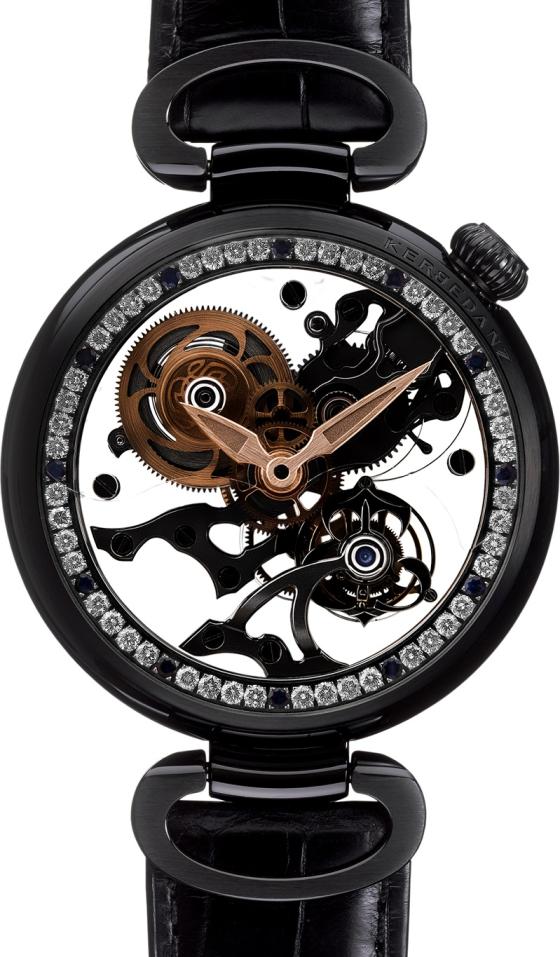 If the story that Kerbedanz tells would be a novel, that novel would definitely be about a mystery. The brand’s watches usually appear quite normal in their design, but apparently there’s always some hidden meaning behind each watch.

These symbols, allegories and references are usually related to social or geopolitical contexts that have marked the history of humanity. But Kerbedanz doesn’t necessarily want everyone to be in on it. And they’re quite open about that, going so far as to say that some of the symbolism in their watches will “always remain secret”. 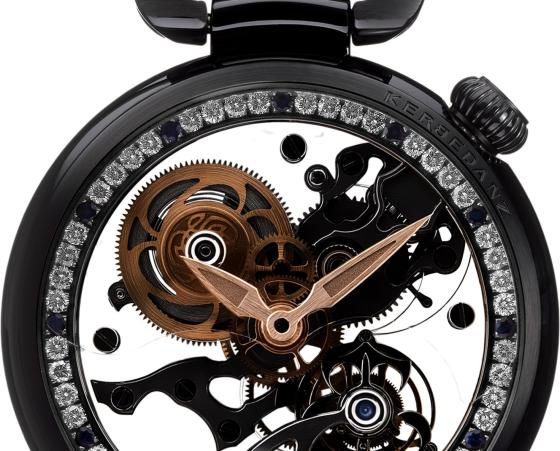 The Sappheiros Tourbillon Black Edition is one of those examples. The watch has its crown at the northeast part of the dial, at 1:30 – an unusual placement to say the least. This is apparently “a kind of reference point and a symbol” according to the press release, but still the brand won’t tell us much more than that. 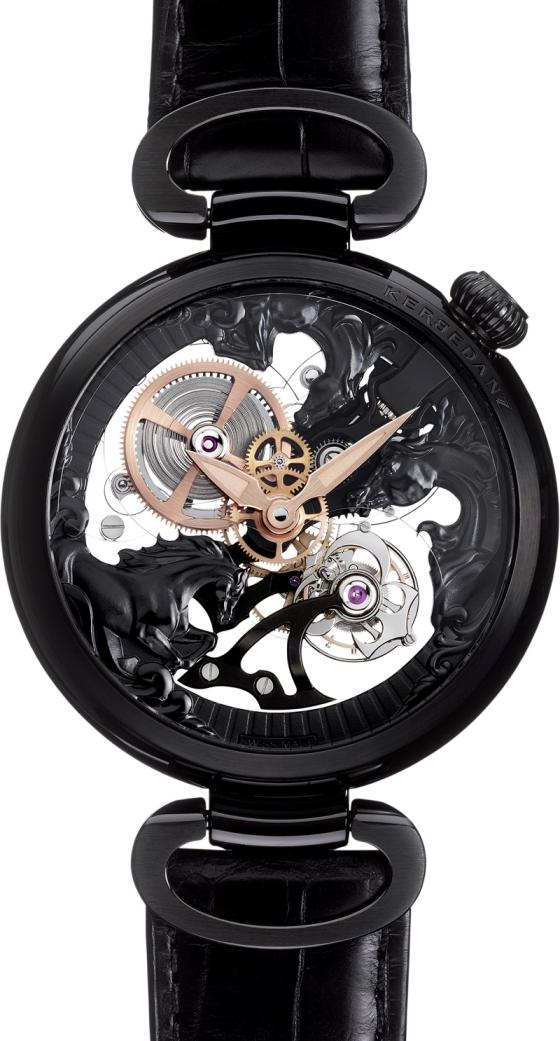 If you can accept that you won’t ever know all the details inspiring Kerbedanz, the watch is otherwise quite impressive. This model is based around the sapphire, the second hardest material in nature only after the diamond. In this case, the band has made crafty use of a colorless and transparent sapphire to accentuate its stunning KRB-02 caliber.

The manually-wound tourbillon movement on display is designed, manufactured and decorated in house, in collaboration with Concepto. The 19 jewel movement hums at 21,600 vibrations per hour, and boasts up to 72 hours of power reserve, with a tourbillon cage weighing a mere 0.42 grams. 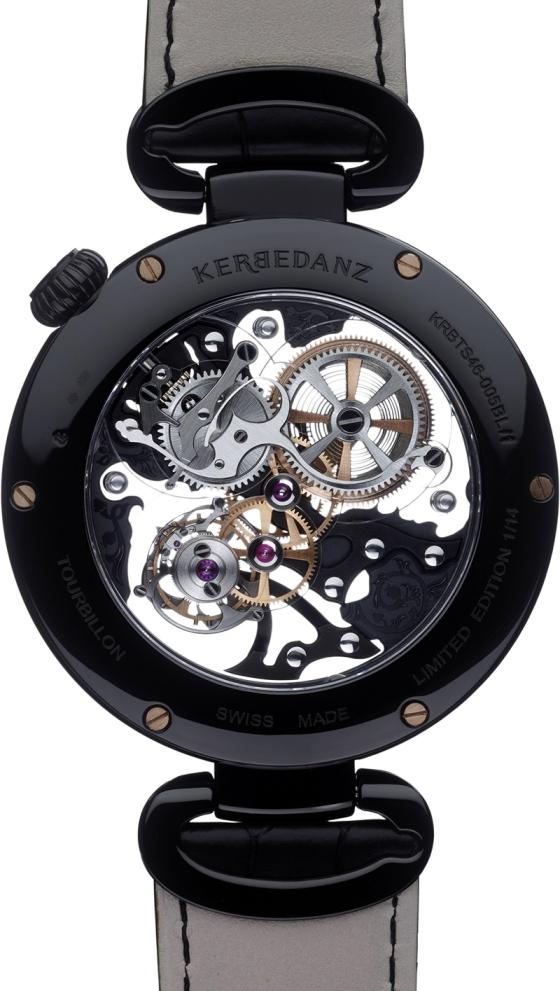 The movement is housed inside a DLC-treated full gold case, which is water-resistant to 50 meters. The bezel also boasts 48 diamonds – just over 1 carat weight in total – and it is divided into segments by 12 sapphires.

Using the same tourbillon calibre, the brand has also just released the 3-Horses Tourbillon Dark Edition. The symbolism here is a bit more straightforward - or so I’d like to think. 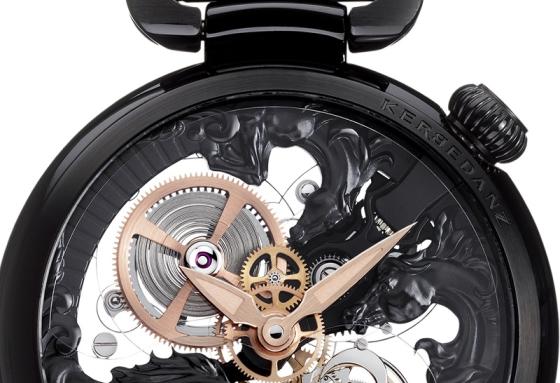 The noble horse represents the freedom of natural expanses still untouched by man, and the watch is equally noble and elegant. It’s made up of the busts of three thoroughbreds with their mane in the wind, as if they were in full gallop - a fine example of the miniaturized arts.

Again, a nicely executed timepiece that tells a great story. And as usual with Kerbedanz, we will never know what the full story is, but I think that’s fine sometimes too.