HYT unveils its first ever pocket watch, the Skull Pocket


HYT unveils its first ever pocket watch, the Skull Pocket

Packaged in a brand new case, the impressive new Skull Pocket is the first ever skull and mechanical light source combination, which is available in just 8 pieces.

The pocket watch is perhaps one of the noblest legacies of traditional watchmaking. These days, however, it has become a new playground for brands to express their creativity, fusing old and new.

With the launch of the Skull Pocket – the brand’s first event pocket watch model - HYT is stating its desire to invent the watches of tomorrow, while also evoking the feelings of the past. 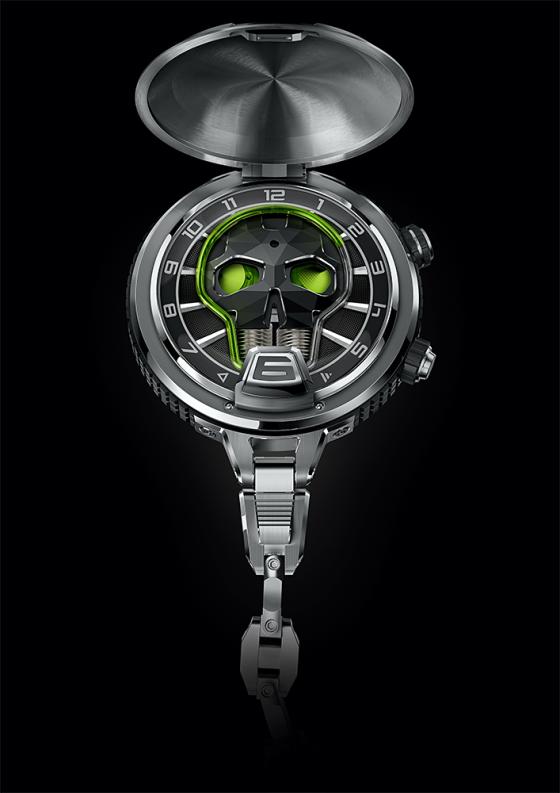 Technically speaking, the Skull Pocket marks a turning point in HYT’s development, simply because the relatively young brand has been occupied with the business of making wristwatches. But to some degree, the Skull Pocket relies on technology from HYT we’re already familiar with.

The fluid technology integrated in the pocket watch sits perfectly with HYT’s previous creations. It also uses the light source module developed for its Metropolis model, which has been combined with a Skull motif in this version.   Impressively, no batteries or electronics are required for this function, as the process is completely mechanical. That’s because the complication is essentially its very own micro-generator. It works by converting mechanical power into electricity thought a barrel spring that is loaded when the dedicated push-button crown at 4:30 is activated. 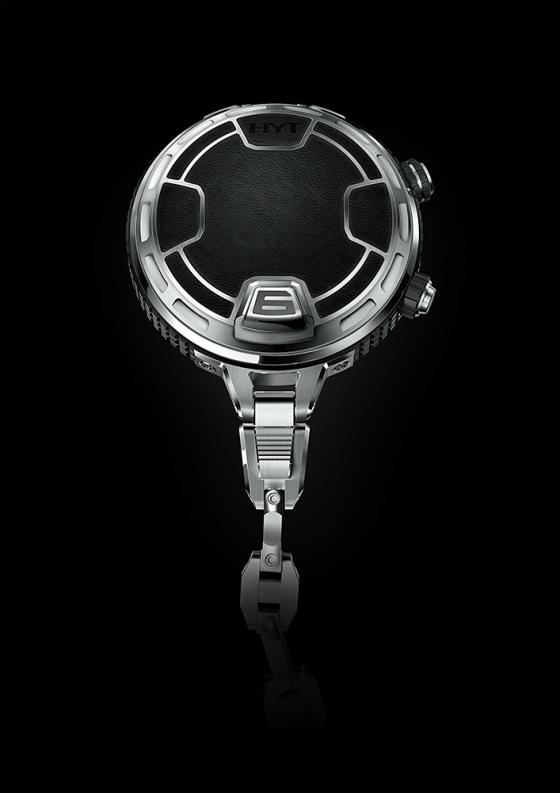 The result is striking – it bathes the Skull Pocket in a soft blue light, and gives the green liquid its fluorescent glow. At night, the light emanates instantly, producing a soft blue glow which floods the case and causes the coloured liquid charged with fluorescent dye to react. As with other HYT models, the time can be read intuitively around the circumference of the skull, the seconds are displayed in the left eye and the power reserve in the right eye.

The rather bulky 59 mm case was specially created for the Skull Pocket and is made from titanium and black DLC titanium. In place of the traditional lugs, engineers developed an exclusive cover system to protect the dial and the cover features an engraved pattern that can be fully customised.

The Skull Pocket is available in a limited release of 8 pieces, and it is perhaps one of HYT’s boldest creations. Not only because the watch is well executed, but also because it might signal a significant scaling up and broadening of production for the brand.