The fascinating story of the Fabergé Visionnaire Chronograph


The fascinating story of the Fabergé Visionnaire Chronograph

The revolutionary new chronograph pays homage to a missing Imperial Easter egg, which disappeared during the 2017 Russian revolution.

For me, the name Fabergé was always associated with the famous Imperial Easter eggs commissioned by the Romanovs in Russia. Learning that Fabergé was also a serious watchmaker was something of a surprise when I first discovered it a few years ago.

But by last year, I was completely sold on Fabergé and their timepieces. That happened with the impressive Visionnaire DTZ, which was named the best GMT watch in the “Travel Time” category at the 2016 Grand Prix d’Horlogerie de Geneve. 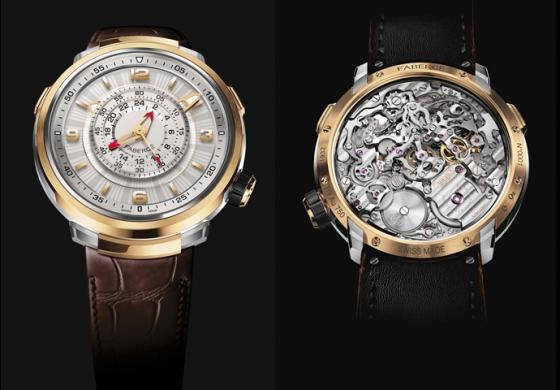 Now we have the new Fabergé Visionnaire Chronograph, which builds on the success of the GPGH 2016 win and also commemorates the mysterious legacy of one of Fabergé creations.

This year marks the centenary of the Russian revolution, then the Romanov family unceremoniously (to say the least) lost their power to the Communists.

Some years prior to those events, the family had commissioned St. Petersburg’s artist and jeweler Fabergé to produce 52 of the luxurious Imperial Easter eggs. You know the ones, famed for their intricate gem-setting, grand feu enameling and jeweled miniatures hiding in the center. 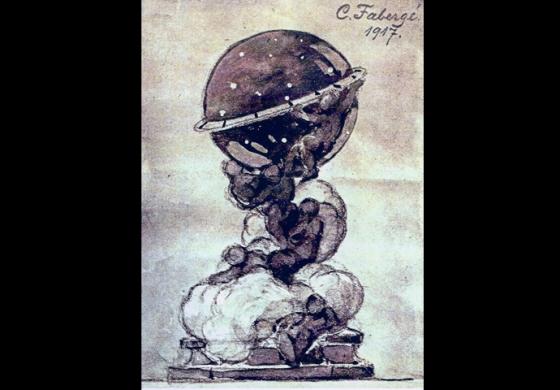 All but one of the commissioned eggs was completed before the Revolution, called the Tsarevich Constellation Egg, which was to be presented to the Tsarina Alexandra for Easter 1917.

As the Tsar abdicated and the imperial regime fell, the Constellation Egg also vanished. Shortly afterwards, some component parts of the unfinished egg were discovered in a storeroom in Moscow. But the clock mechanism which was to be housed within the egg was never found. 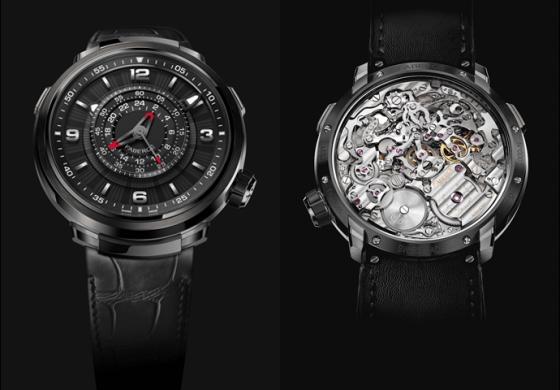 To mark these events, the Fabergé Visionnaire Chronograph was conceived. It features a laser engraved etching of the egg, visible only to those who know where to seek it – much like long lost egg.

But more impressive is the watch’s mechanism, on which work began almost a decade ago by Geneva-based movement-maker Agenhor. The end result is the automatic calibre 6361, an unprecedented movement of precision and efficiency. 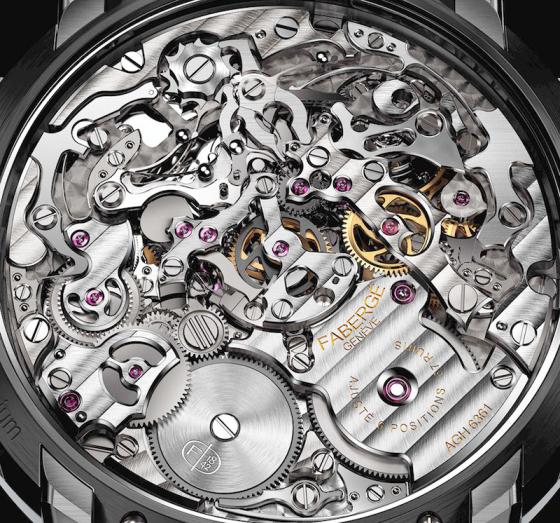 Most obviously, the design is radically different from your typical chronograph. As a result, it is remarkably easy to read, designed to accommodate our most natural instincts when reading the time.

The indications of the Visionnaire are displayed centrally, in the shape of concentric counters on the dial. The outermost chapter ring and minuterie are for telling the time. They are traversed by luminous markers that appear to hover over the dial because there is no central attachment point. A dedicated central dial is reserved for the chronograph display with its three co-axial hands. 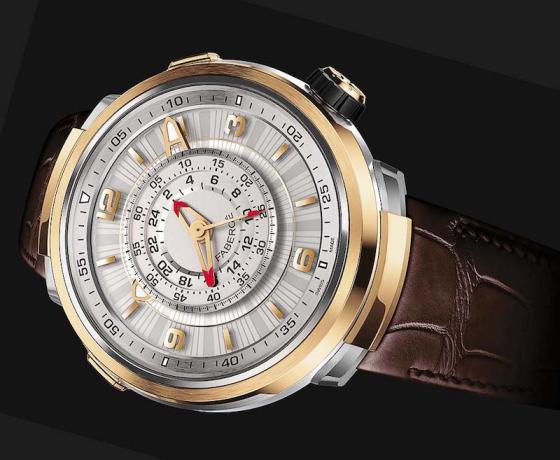 The compact 43mm Visionnaire Chronograph will be launched in two versions, which will be delivered in November 2017. For those looking for a more classic feel there will be a rose gold model, while for those looking for a more powerful look there will be a ceramic case option. Prices will range between $34,500 and $39,500 USD, which is significantly less than those infamous Imperial Easter eggs.