The latest addition to the Laureato family combines the iconic metal bracelet and bezel with a skeleton movement in an exercise of horological architecture. 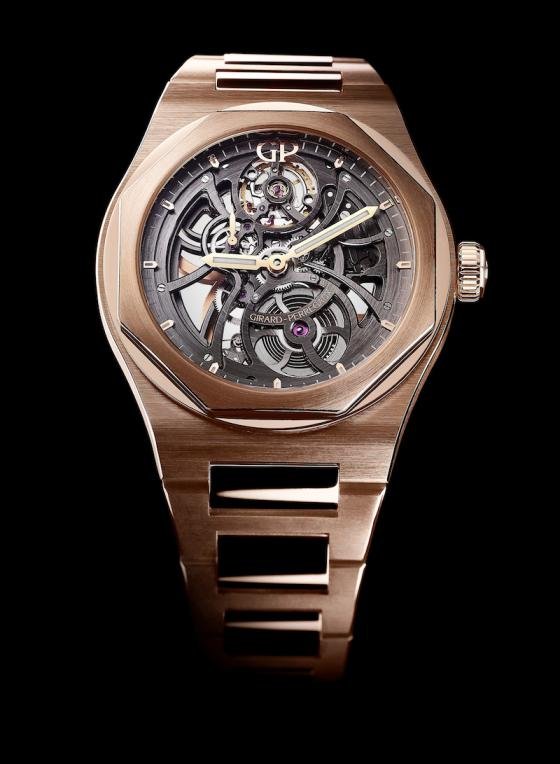 Last year was a notable one for Girard-Perregaux. That’s already saying a lot for a company with over 2 centuries of watchmaking heritage. Many of you already know that in 2016 the Kering Group brand marked its 225th anniversary with a limited edition reissue of the iconic Laureato, which was first introduced in 1975.

The original was an instant hit and became the leader of an emerging trend at the time: two-toned watches. Since then, the model received several upgrades, including a chronograph version and even a tourbillon with the now famous Three Gold Bridges movement.

The new Girard-Perregaux Laureato Skeleton is yet another iteration of the iconic model. Again the brand has drawn upon the origins of the Laureato, but this time around the final result is an open-worked watch that has been inspired by architecture. 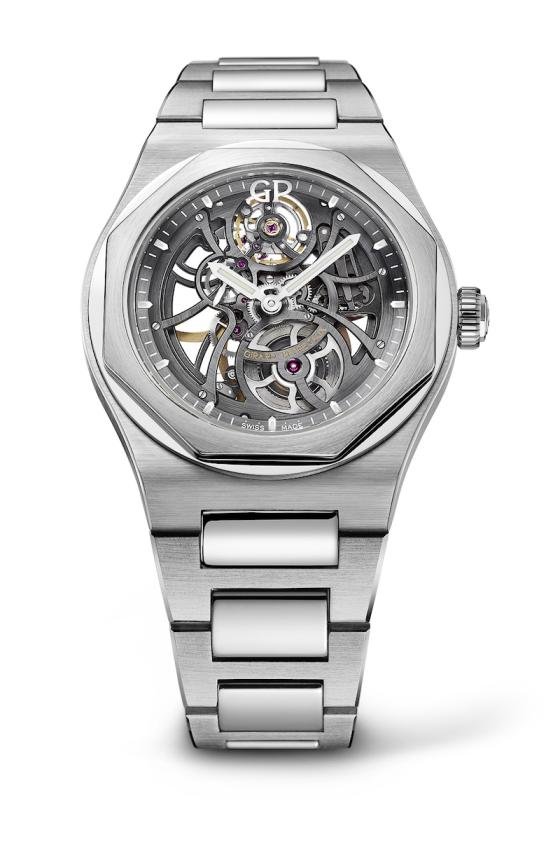 The first ever Laureato was designed by a Milan-based architect in the 1970s, which helped to establish it as one of the most iconic looks for a timekeeper. The brand has gone back to the architectural roots of the model with the Laureato Skeleton.

The designers achieved the dichotomies that the watch is known for by focusing on solids and voids through a thorough skeletonization process. The goal, in particular, was a fusion of the exterior and the interior of the watch.

As part of the exterior, we have a well proportioned 42 mm case that is available in stainless steel or 18K pink gold to match the bracelet. 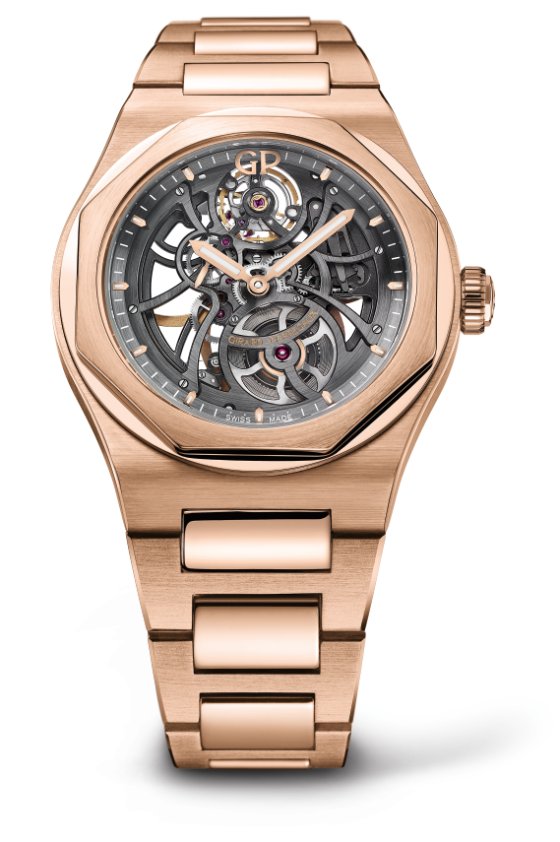 While each watch is uniform in colour, there is still a nice contract in the metal bracelet thanks to alternating texture and finishing. It is made up of links featuring alternating matt and satin-brushed surfaces, which are complemented by a polished octagonal bezel framed by a circle, similar to the original.

On the “interior” is the in-house GP01800-0006 movement, which delivers up to 54 hours of autonomy. It is crowed by the balance on the dial, which has been positioned at 12 o’clock. And for the first time in this series of Girard-Perregaux movements we get a variable-inertia balance.

The transparency of the watch is helped further by the rotor carved from a block of 18K pink gold. It too is open-worked like the rest of the movement, and it helps reveal other intricacies that would be otherwise hidden by a normal rotor. 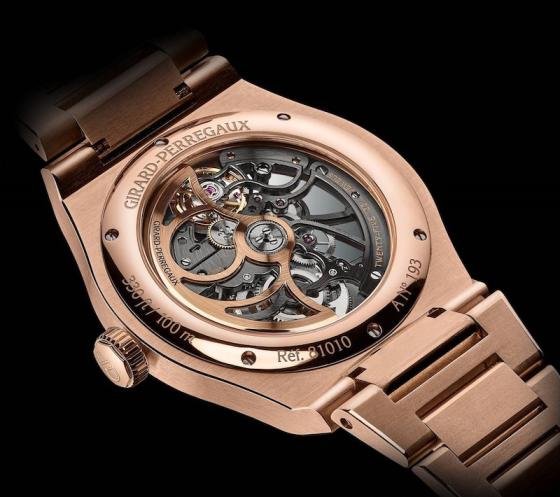 Where this model differs from the original Laureato is the dial, and here the movement is front and centre. It is rimmed by suspended hour-markers, and its otherwise bare curves are adorned with chamfering that accentuates their lines. The movement not only catches the eye, but it also catches the light very well because its remaining surfaces have been given a matt effect by satin brushing.