Angelus, and how to structure a skeleton tourbillon


Angelus, and how to structure a skeleton tourbillon

The latest additions to the brand’s urban collection – the U21 and U22 - are all about the structural optimization of tourbillon movements. 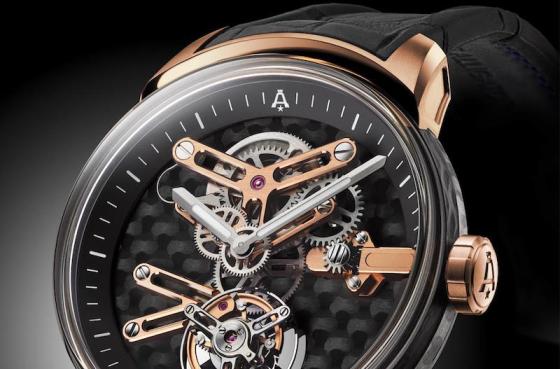 Since its revival, Swiss brand Angelus is back to front and center of avant-garde watchmaking. The company has already demonstrated its talents for contemporary design with the unique U10 Tourbillon Lumière. Despite its modernist look, that watch was a throwback to industrial designs of the 60s and 70s.

Recently, Angelus released the U21 and U22 - two new versions of its Skeleton Tourbillon movement. These pieces are a little more familiar in appearance compared to the U10, but they are equally impressive. 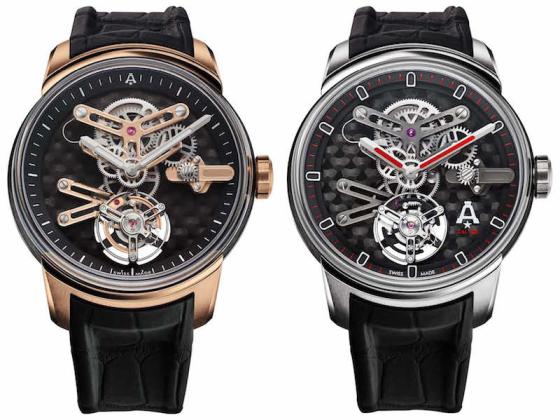 The U21 Tourbillon is characterized by its metal case with polished and satin-brushed 18-karat red gold lugs. It has skeletonized bridges in solid 18-karat red gold and hands filled with white SuperLumiNova to help out with legibility.

On the other hand, the U22 Tourbillon is all about weight, or lack thereof. It features a carbon fiber and titanium case, much like the original U20, but this time the end result is lighter - this model weighs a mere 54 grams in total. 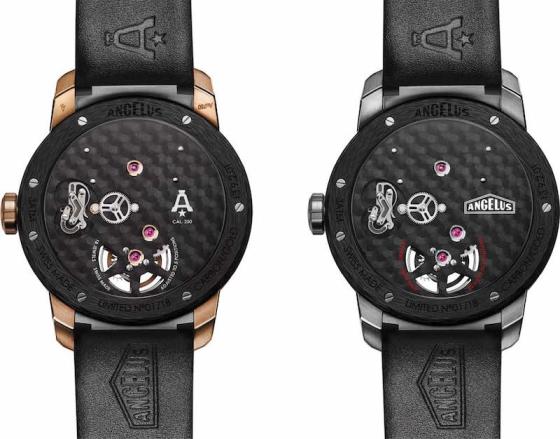 From the get go, the goal with the U21 and U22 Tourbillon was to present the strong look of the architectural movement. Both models are powered by the manual-winding A-250, an 18-jewel caliber that delivers an impressive power reserve of up to 90 hours and beats at a 3 Hz frequency.

What I really like is the fact that this movement has been created from scratch, rather than being skeletonized after the fact. As a result, the engineers have managed to ensure rigidity and sturdiness, while at the same time shedding as much weight as possible.

To that effect, both the U21 and U22 feature a carbon fiber main plate, which adds strength without sacrificing weight. It also provides a nice textured look to both the dial and the back, giving the impression of being a part of the case. 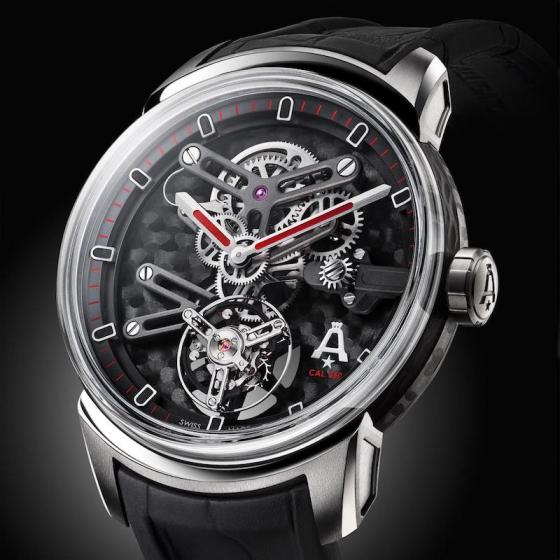 Moreover, both models feature a unique design element: the absence of a proper bezel. Rather, the case uses a sapphire crystal dome that allows full visual access to the movement from all sides, accentuating the depth of the movement’s architecture. And when a movement is well designed, like it is in this case, it would be a shame it if couldn’t be appreciated to the fullest.