The independent UK watchmaker has just released its first “house” model, a stylish daily-wear watch that has been (almost) built from scratch. 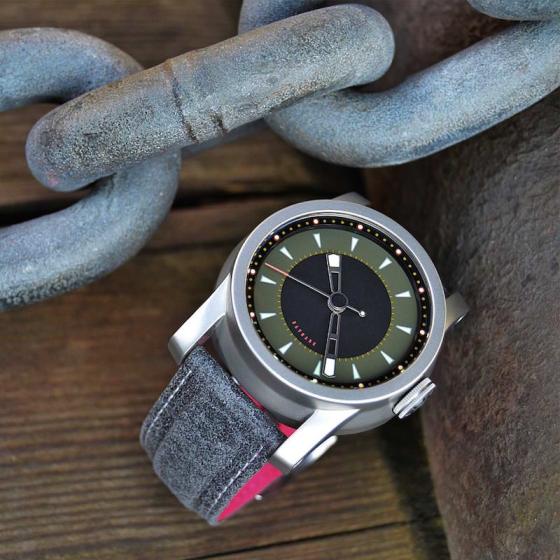 Schofield Watch Company hasn’t been around very long. But since launching during the 2011 SalonQP, the independent brand has received its fair share of attention. Most of that early press can be attributed to the inaugural model, the limited edition Signalman.

Indeed, all of the brand’s releases have been limited thus far. The newly introduced Daymark, however, is the first foray into something that resembles a “house” model. But given the look of the watch, and the company’s relatively limited production capacity, I suspect that there will be a wait list for the Daymark. That might, in effect, also make this a limited edition. 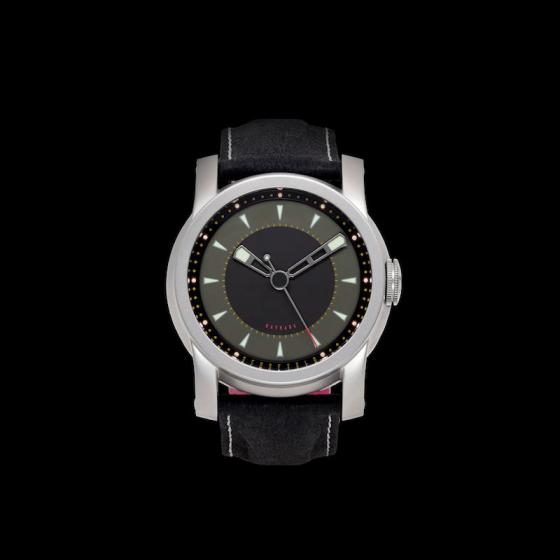 So what’s all the fuss about? Well, the Daymark is a completely new watch by Schofield, having been built from the ground up. That means it has components and design elements that have not been seen from the brand before. But that hasn’t prevented founder and designer Giles Ellis from keeping alive the British feel and look to the timepiece:

“The Daymark is our new landmark and the least niche watch we have manufactured to date. The movement, refinements in the case, new hand set and symmetrical dial, as well as colours chosen to reflect inclement British weather, make it particularly handsome.” 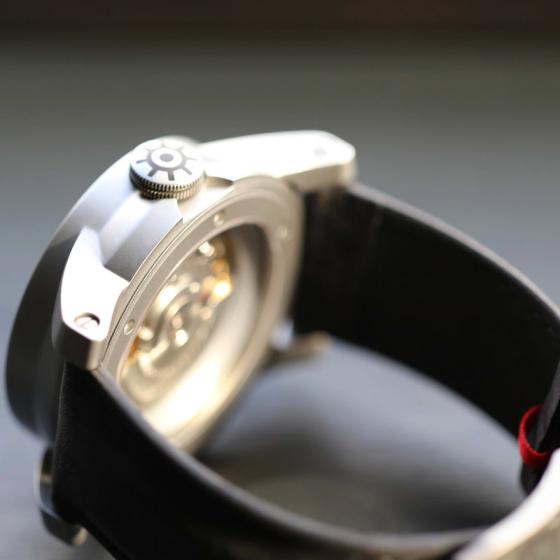 Let’s start with the case. It’s a one piece construction made from stainless steel and boasts a convex sapphire crystal with 9 layers of clear anti-reflective coating to improve legibility. Overall, the 44 mm package can handle up to 200 m of water resistance.

The dial is perhaps where most of the innovations can be seen. We have a PVD coated chapter ring with Super-LumiNova C3 markers housed in metallic pink anodised buckets. Symmetry is provided by so-called ‘Dart’ hour markers which are also luminescent.

The only branding we see is the word “ Schofield” now replacing 9 of the minute marks at the bottom of the chapter ring. All this allows for an uncluttered and highly readable dial. 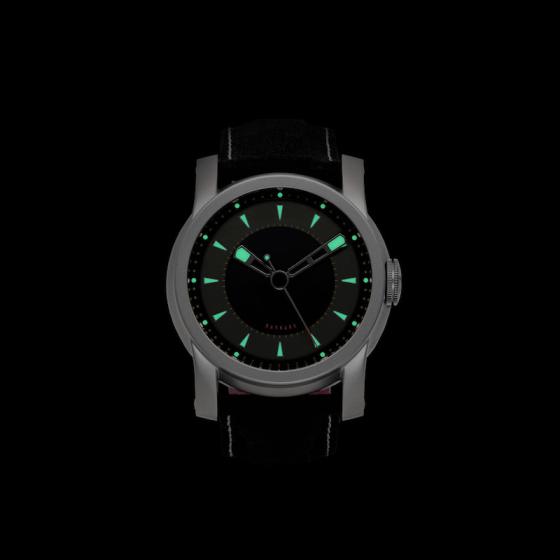 I also like the new hands, which also help improve legibility even further. These are a laddered construction with Super-LumiNova C3 in their apertures. They are also larger and bolder than any other Schofield designs.

The movement – an ETA 2824 – is not new by any means, but it is the first time that we find it in a “ Schofield timepiece. Swiss, solid and reliable, nothing more and nothing less to say there. 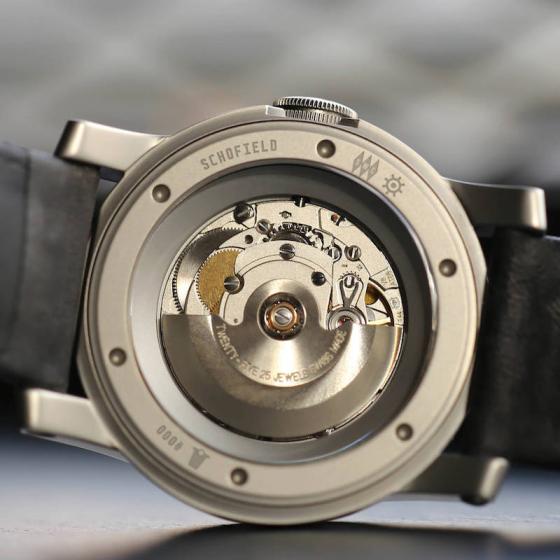 Customers also have the option to select a straps from an extensive range of options, including eccentric fabrics and leathers. To put a bow on the package, the watch comes in a nice English made Ash wood box with brass hardware and engraved detailing.

Overall then, the Daymark looks to be a robust daily-wearing watch that I suspect will become the backbone of this young British watchmaker.