The watch brand and tire-maker Pirelli fast-track their budding partnership with a bold limited edition timepiece. 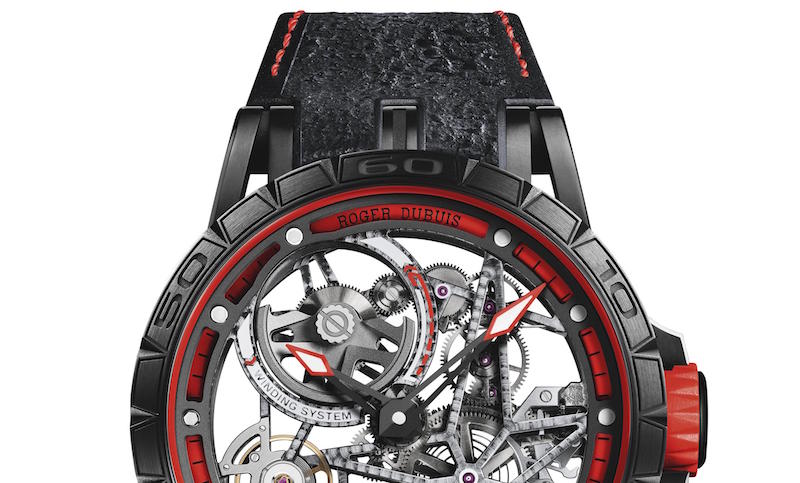 Swiss watchmaker Roger Dubuis seem to be in the mood for partnerships this year. The brand that operates on the mantra “dare to be different” has really gone after the high octane world of motorsports in 2017, and the year kicked off well with collaborations with two heavyweights of the motoring world. And both are Italian.

First, the watchmaker announced its alliance with iconic Italian tire manufacturer Pirelli at SIHH in Geneva. Shortly after that, at the Geneva Motor Show, another partnership was made official with Italdesign, the maker of cutting-edge prototype show cars. Notice the theme? 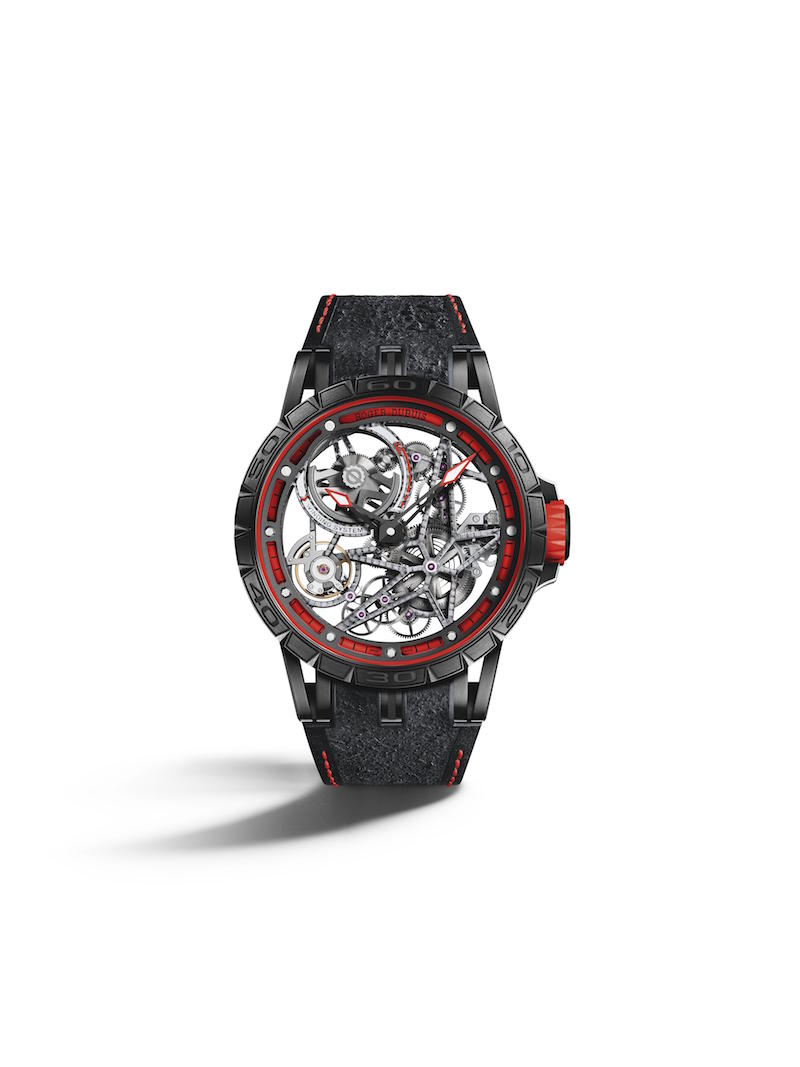 And within a span of a few short months, we have seen several new special editions by Roger Dubuis based on those partnerships. This one, in particular, is a new iteration of the recently launched Excalibur Spider Pirelli. 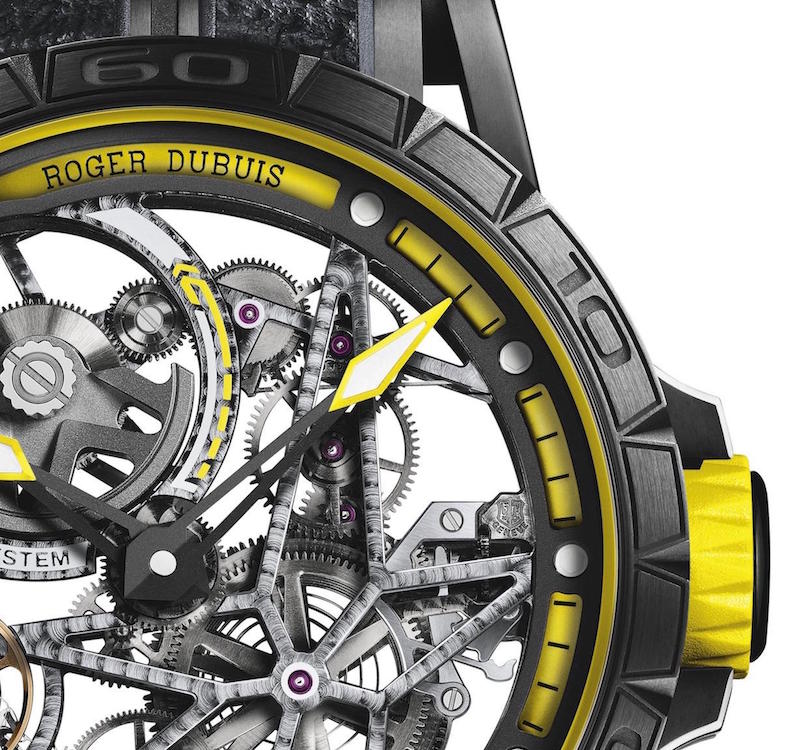 But time around, the two Excalibur Spider Pirelli Yellow and Red watches feature the colours of the Italian tire manufacturer. This rounds off the chromatic Pirelli Color Edition which made its debut at the 2017 Geneva Motor Show.

The series is inspired by the use of colour-coded tires in racing competitions – where the colour identifies the different compounds used. Pirelli will also be applying colour to some of its road tires to emphasize their uniqueness, and of course, help with brand recognition.

The watches are powered by the RD820SQ calibre, and automatic skeleton movement with a micro-rotor adjusted to six positions. Additionally, the 167 component movement features nice white and red transfers on the micro-rotor bridge and the Poinçone Genève finishing. 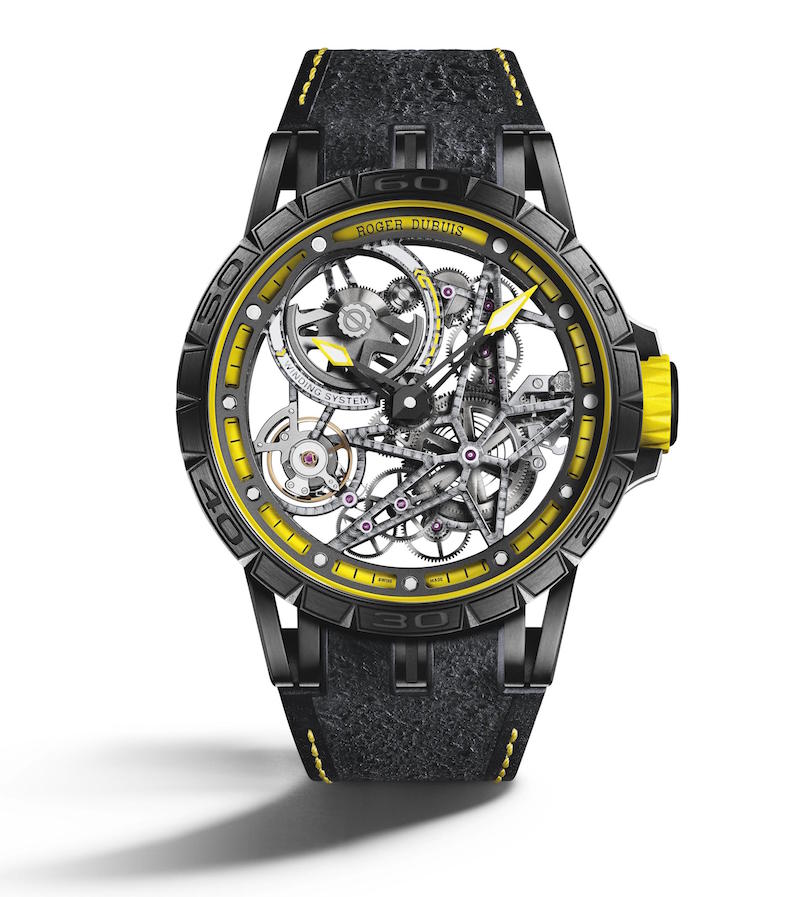 To complete the package, the limited edition watches – released in only 88 pieces - are paired with rugged straps made from winning Pirelli tire rubber. The interior of the straps features the distinctive tread profile of a tire, which helps the Excalibur Spider Automatic Skeleton with its racing pedigree.

The straps are also a clever way to upcycle used rubber. And the fact that those tires were part of a winning motoring race makes the watches all the more special.