The perfect summer watch? A closer look at the Nomos Aqua


The perfect summer watch? A closer look at the Nomos Aqua

New watches with a license to dive. The German watchmaker adds to the Ahoi and Club series with 16 impressively sporty yet elegant models. 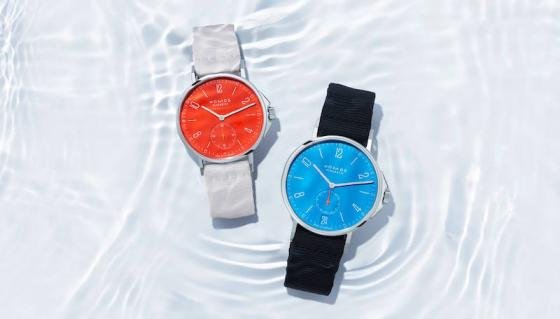 Nomos has always been a favourite at the Europa Star offices, and for good reason too. The German watchmaker is the epitome of elegant and functional design, which essentially means that nothing is sacrificed when you strap one on to the wrist. That especially comes in handy during the summer, when long active days are met with calm evenings out.

The latest additions by Nomos are as elegant as ever, and believe it or not, they boast even more functionality than we’ve already seen from the design savvy watchmaker. 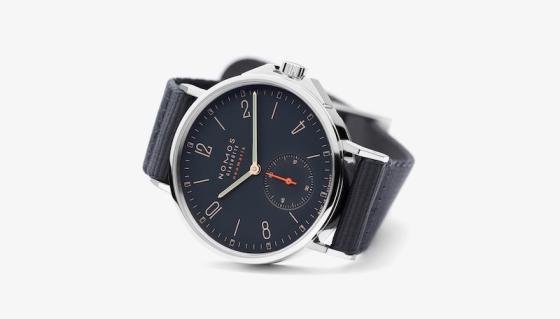 The 16 new handcrafted references are based on the Nomos Ahoi and Club models. They are essentially unisex, some larger and some smaller, with their stainless steel cases measuring 36, 37, 40, or 41.5 mm in diameter. But what they have in common is their eye-catching colours and their impressive power source (more on that later). 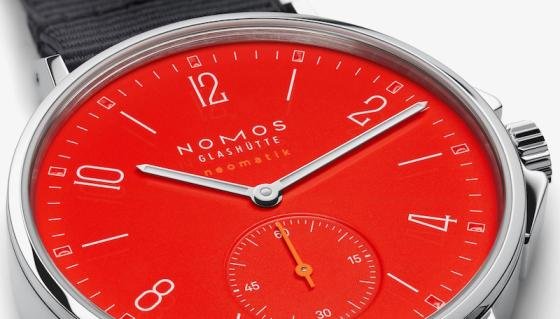 In terms of colour, we have four to choose from: the Atlantic blue and white silver-plated which are meant for everyday wear, and the more attention-getting siren red and siren blue, which are the series’ statement pieces. For those into design and architecture, the Bauhaus movement also featured similar bold hues.

The series is called Aqua because the watches can be trusted under water without a second thought. In fact, these watches effectively have a license to dive, because they hold reliably firm down to 200 meters under. 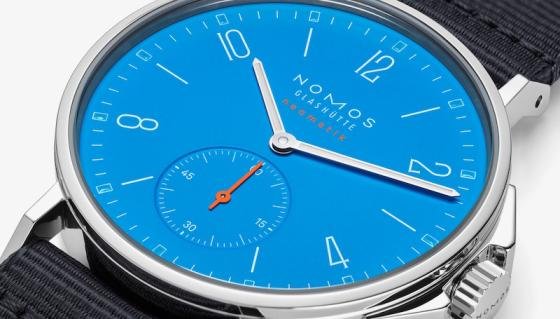 Yet the watches remain very elegant, in part because of the Bauhaus styling influence, and of course thanks to the impressive caliber inside. That’s made possible with the ultra-thin and impressively precise DUW 3001.

It has been said that this movement is thinner than a stack of nine stamps, and coming in a mere 3.2mm in height, it has allowed the brand to create automatic versions of the Ahoi and Club models in the smaller diameters of 36mm and 37mm, respectively.

Not only is the movement compact, it is also very precise. Specifically, this caliber is 94.2 percent efficient, which is an impressive figure – trust us on that. 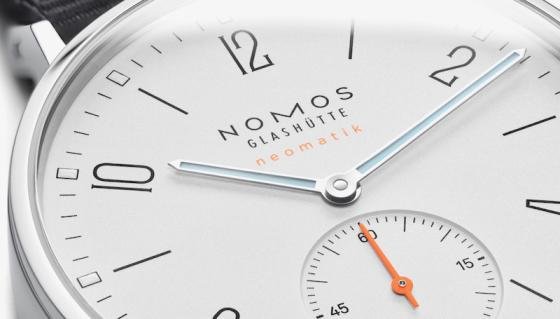 As if the watches weren’t already robust enough, they are all fitted with a new strap that is basically indestructible. Whether it is in blue-black or light gray, the straps – which are woven in France specifically for Nomos – look good around the wrist and they also dry very quickly.

In my opinion, the Aqua series is the perfect example of uncompromising watchmaking. The watches bring an elegance for an evening out and a robustness that can ensure you can tell the time even when diving, if need be. They will never be out of place - 24 hours a day, seven days a week.