The Art of Watches Grand Exhibition New York 2017 – a lavish new Patek Philippe exhibition in New York that celebrates the bond between the city and the brand – runs through July 23 and features historical timepieces and some very special new releases. 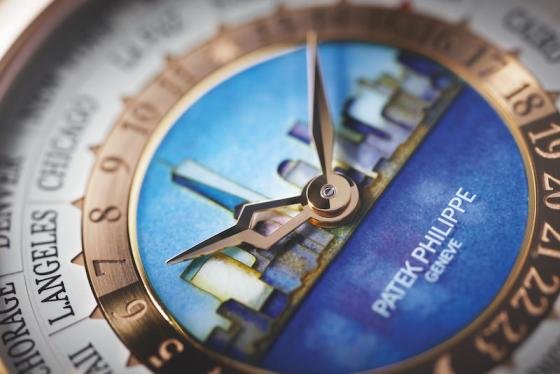 It’s been 163 years since Patek Philippe co-founder Antoine Norbert de Patek made a harrowing trip to the United States, where he faced a blizzard, attempted theft, fire, a riverboat marooning, sky-high hotel bills and petulant customers. But for all his travails, Patek won the day: the New York retailer Tiffany soon placed a huge order with Patek Philippe. It was the birth of the watch firm’s very fruitful bond with the U.S.

A lavish new Patek Philippe exhibition in New York celebrates that bond. Entitled “The Art of Watches Grand Exhibition New York 2017,” it runs through July 23 at the Cipriani event hall in Manhattan. Along with a plethora of displays and live demonstrations focused on the brand’s history, watchmaking prowess and artisanship, the show also includes the largest gathering of Patek Philippe timepieces ever displayed outside of the company’s home town of Geneva. The entire current U.S. collection is on display, as are important historical Patek Philippes and, perhaps most notably, a new group of special edition watches created specifically for the exhibition. 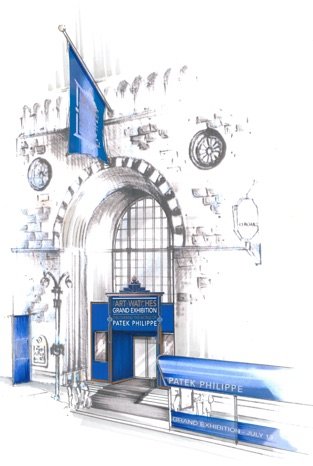 “The Art of Watches” kicked off with a gala press event on July 12. Patek Philippe CEO Thierry Stern took the podium to talk about his family’s long history with the brand. (His great grandfather Charles Stern, along with Charles’s brother Jean, bought Patek Philippe in 1932; the Stern family still owns it.) Meeting with the press earlier that day, he stressed the importance of the U.S. market to Patek Philippe. He noted that his grandfather, his father, and he had all lived and worked in the U.S. early in their careers with the company. “It’s part of our family tradition to come to the States to learn the business,” he said. 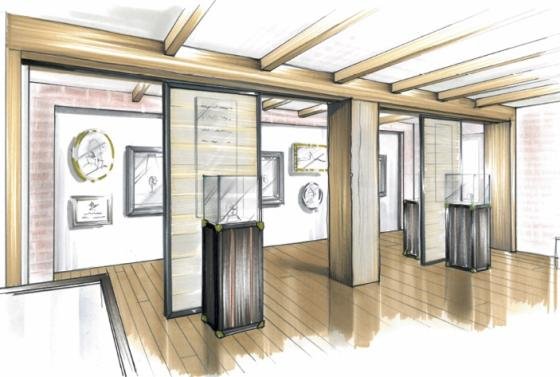 At the preview, Patek Philippe gave its media guests the run of the two-story, 13,218-square-foot exhibition. There are 10 rooms, including those for the current collection, historical pieces from the Patek Philippe Museum, grand complications and handcraft demonstrations. All of the rooms were constructed specifically for the exhibition. Among the Patek Philippe notables from Geneva on hand to answer reporters questions were design director Sandrine Stern (who is also Thierry Stern’s wife) and well-known enameler Anita Porchet. They led a delegation of Patek Philippe craftsmen and women, who gave live demonstrations of their expertise in engraving, marquetry, and enameling. 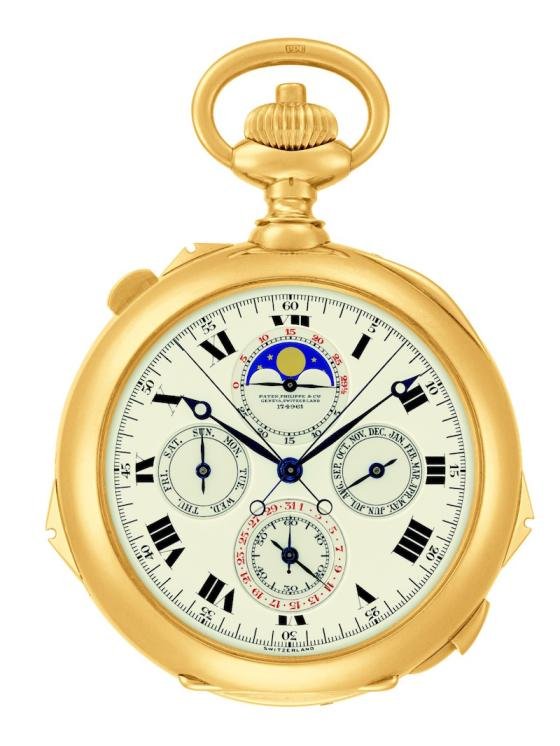 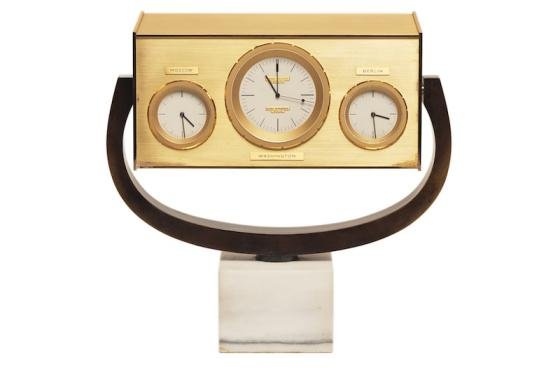 Other historical pieces on view include the yellow-gold version of the grapefruit-sized Caliber 89, which, when it was completed in 1989, was the most complicated watch ever made. (Patek Philippe also made pink-gold, white-gold and platinum versions of the watch.) A blue enamel pendant watch that Queen Victoria bought in 1851 is shown next to a portrait of the queen.

Exhibition attendees can’t take any of these treasures home, but they can buy one of the exhibition’s nine special-edition pieces decorated with American motifs and manufactured in limited series. The most important of these is Reference 5531 New York 2017, which is the first of the company’s watches to combine a minute repeater and a world time function. 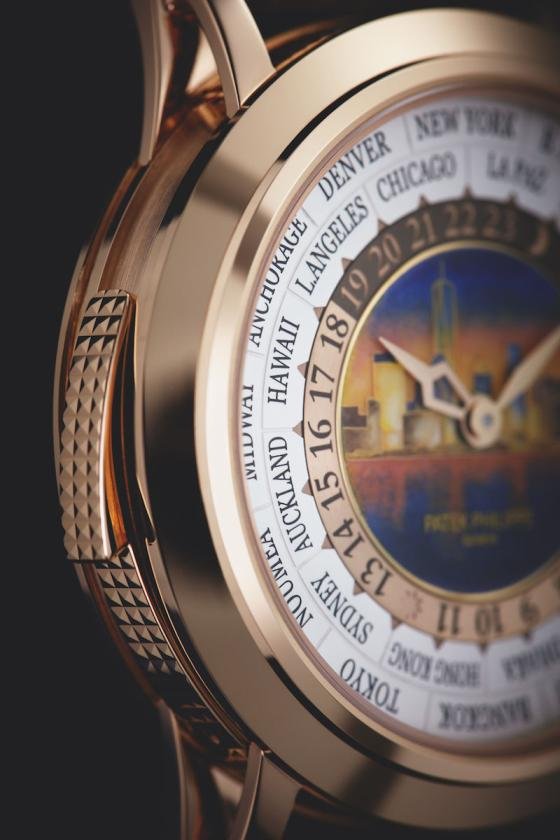 Patek Philippe points out that the watch is unique in that the time sounded by the repeater is not home time, as on other repeater/world-time watches, but local time. The watch has a Porchet-produced cloisonné enamel dial that depicts the New York skyline at night or during the day (five pieces will be made of each version). The price: $550,000. Stern said he hoped to sell all 10 to American collectors. 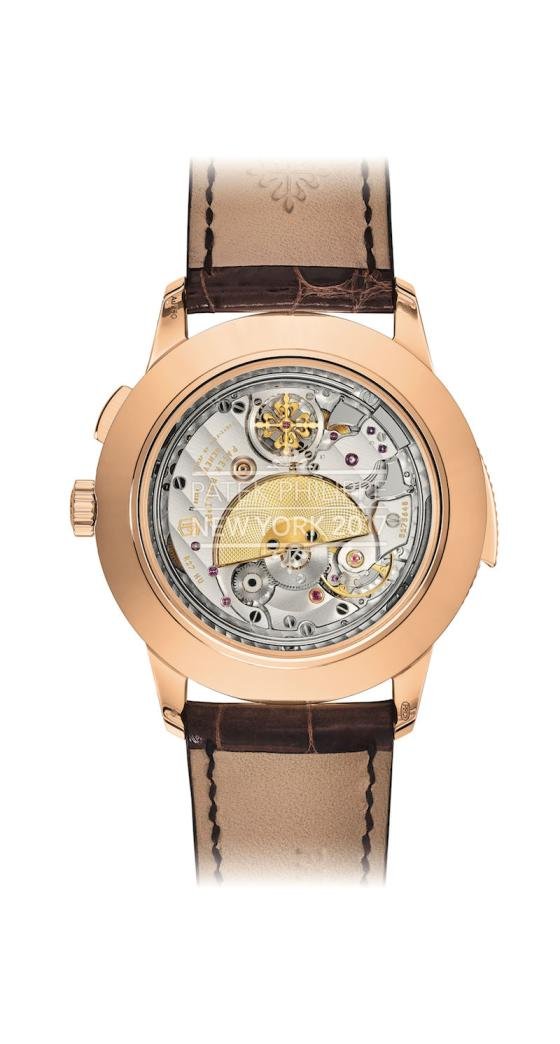 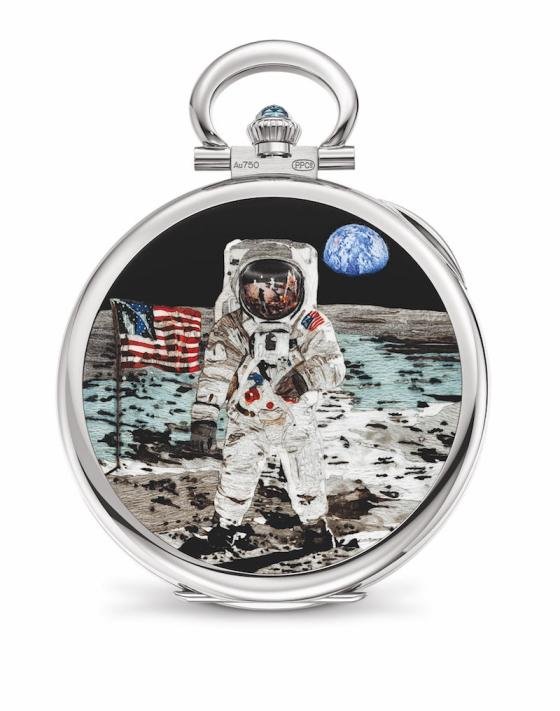 Lastly, the special edition pieces include one-of-a-kind pocket watches decorated with American themes including man’s first steps on the moon, bald eagles and Napa Valley, and table clocks with enameled scenes of the Brooklyn Bridge by night, a baseball game (incorporating portraits of actual players of yore), and 19th century gold prospectors.