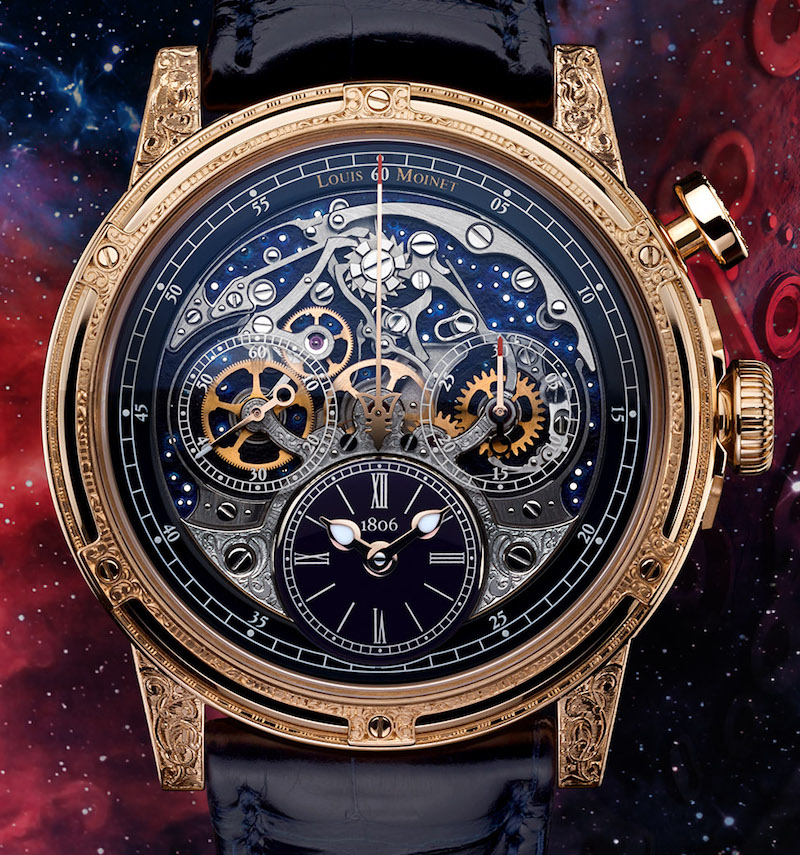 The Memoris Red Eclipse was first released last year to much fanfare, to mark the 200th anniversary of the invention of the chronograph – which has been credited to Louis Moinet. Now, the Swiss watchmaker has taken it one step further with its latest release.

The Memoris series has always been one of the brand’s most special, in my opinion, and now the most prestigious version of that timepiece is back. Indeed, the new interpretation of the Memoris Red Eclipe is something even more unique than what we’ve seen.

"Memoris is one of Louis Moinet’s outstanding creative achievements. Our task is to keep on extending this achievement – and the work of our Ateliers”. 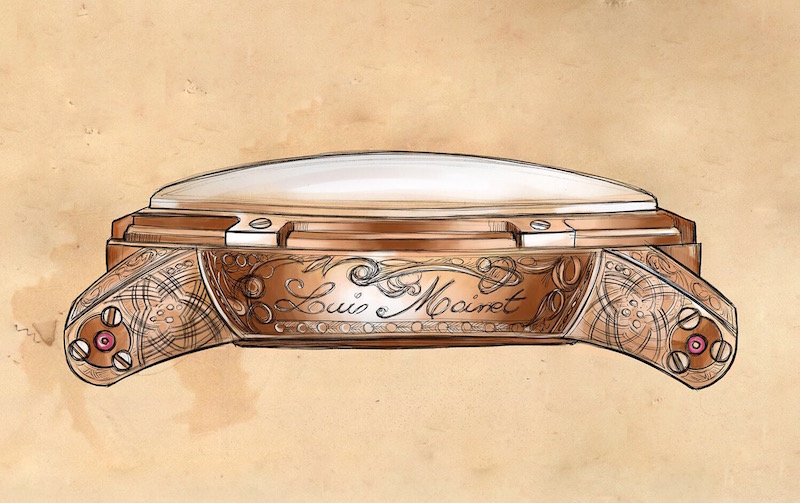 It’s true that this new version has the same distinctive characteristics as earlier models. It makes the chronograph the focal point and the primary function of the timepiece, instead of serving a secondary complication, as is far too common.

In many ways, then, this watch demonstrates a different approach to watchmaking. By “different” I mean that the whole chronograph function has been shifted on the dial, meaning that the chronograph reigns supreme on this timepiece, taking the center stage.

And the all-new movement was designed for that in mind, specifically to allow the chronograph to be presented atop a dedicated movement plate. The caliber LM54 inside beats at a rate of 28,800 vibrations per hour – the equivalent of 4Hz – and provides up to 48 hours of power reserve. 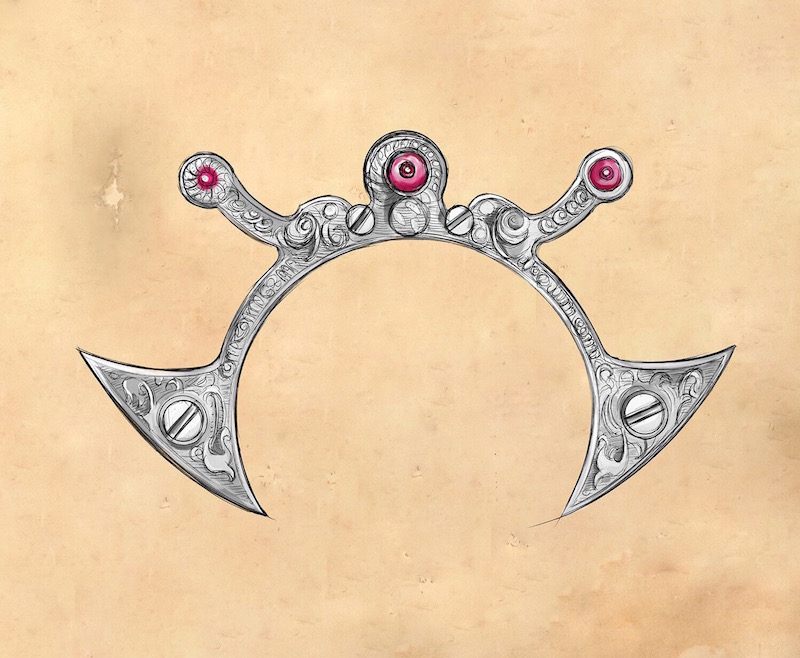 That level of autonomy is attained thanks to the ingenious “energie plus" automatic pawl winding system, featuring an elegant spring with a “crab claw” design that optimizes each movement of the rotor. A miniature ceramic ball bearing is mounted on the dual-material rotor – decorated with a red moon in gold-leaf enamel, to complete the assembly.

The dial of the Memoris is equally impressive. Its starry base consists of a brass plate coated in a translucent blue, and the stars have been created using a fixed graver process devised by one of Louis Moinet craftsmen. The final effect resembles the traditional guilloche, but here the effect is focused on a tiny area with varying levels of depth. 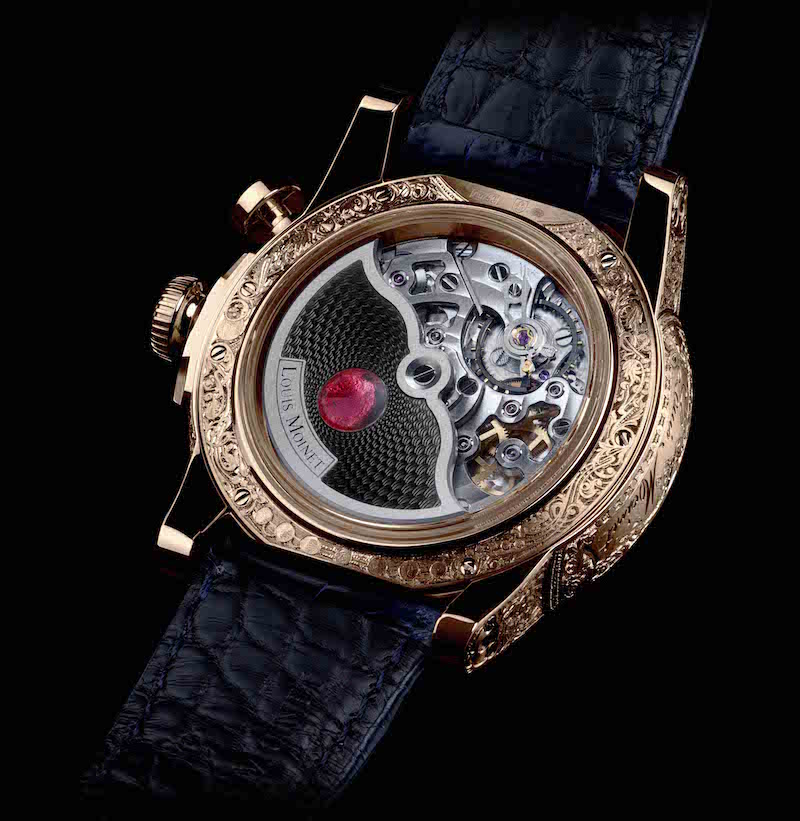 Moreover, individual stars have been fashioned to feature different angles and depths, allowing them to capture as much light as possible. The 19th century eponymous watchmaker always had a strong interest in astronomy, and Jean-Marie Schaller – who has resurrected the brand name in 2008 – has certainly continued this fascination.

The rose gold case is the latest novelty in the series, which is now fully hand engraved and decorated with jewels. It too features a traditional clutch column wheel and a monopusher, much like the the Compteur de Tierces - the first chronograph made in 1816.

In more than one way, therefore, this 12 piece limited edition timepiece is the perfect embodiment of the watchmaker’s highly refined and artistic approach.