Two new vintage inspired models – released in a limited edition of only 500 pieces – pay homage to the sleek bellytanker race cars of the 1940s and 1950s. 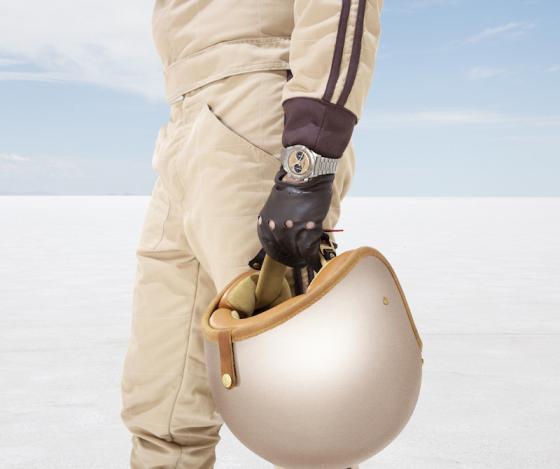 Bell & Ross is no stranger to speed. Since it was founded, the watchmaker has been driven by the latest technology, especially when aviation is concerned. This interest has also been translated in the world of extreme machines, which the brand has used cleverly and in tandem with its timepiece launches.

For example, in 2014 Bell & Ross developed the B-Rocket, a retro-futuristic concept motorcycle, that was streamlined like a retro jet plane. Then there was the Aero GT in 2016, an avant-garde aircraft-inspired high performance car. 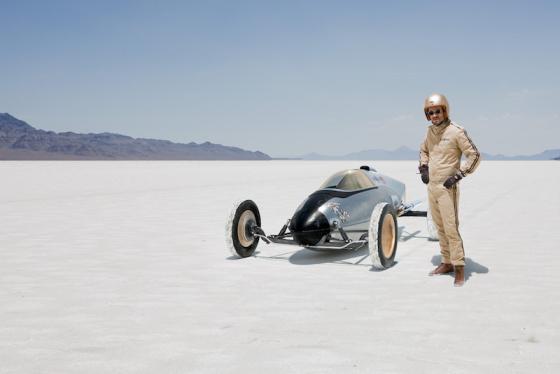 Now, the most recent in the series is the so called “Bellytanker”, a new retro-influenced missile-shaped car. The car is made from a fuel tank from a fighter plane – hence its great name - that has been retrofitted with an engine and four wheels. The result is a streamlined racer that is fit for speed trials on the huge salt lake flats of the North American West.

Simialr design elements can be seen in the new duo of “Bellytanker” watch models just released by Bell&Ross.

First up is the BR V1-92, the more classic option meant for the purists. It features the self-winding calibre BR-CAL.302 movement with date function, fitted in a compact 38.5 mm case in brushed steel. Both the size of the case and the dial finishing – including the metallic copper colour and steel indices and numerals – are a throwback to watches of the 1940s and 1950s. 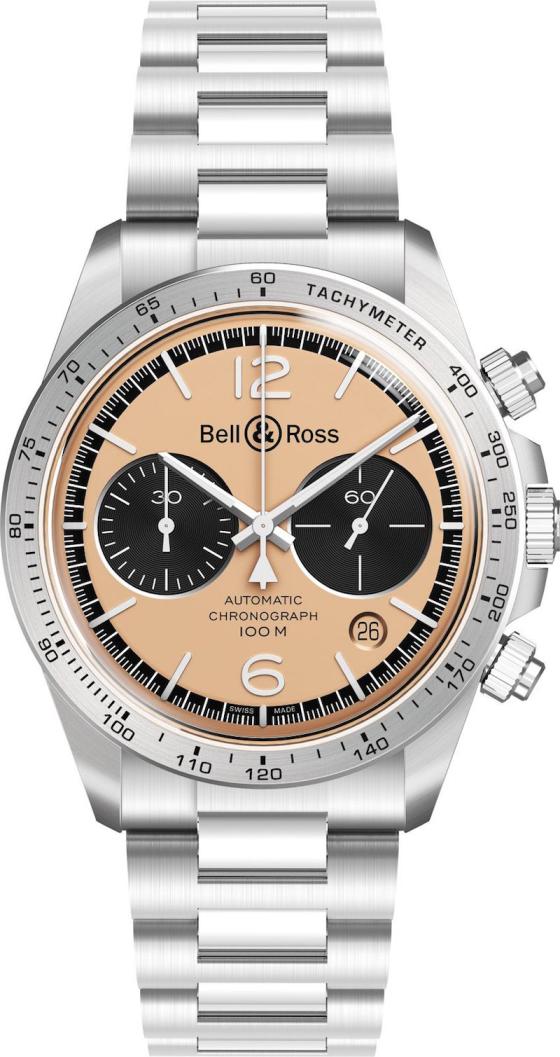 The sportier option between the two is the BR V2-94. Its engine is the calibre BR-CAL.301 with two symmetrical chronograph counters: a 30-minute counter at 9 o’clock and a central 60-second counter. We also have the date sitting between 4 and 5 o’clock.

The dial is finished in the classic “panda” look, with the contrasting black counters against a gold dial. It’s all packaged in a well-sized 41mm polished steel case that hints at the fuel tanks of the P-51 Mustang, one of WWII’s most iconic aircraft. 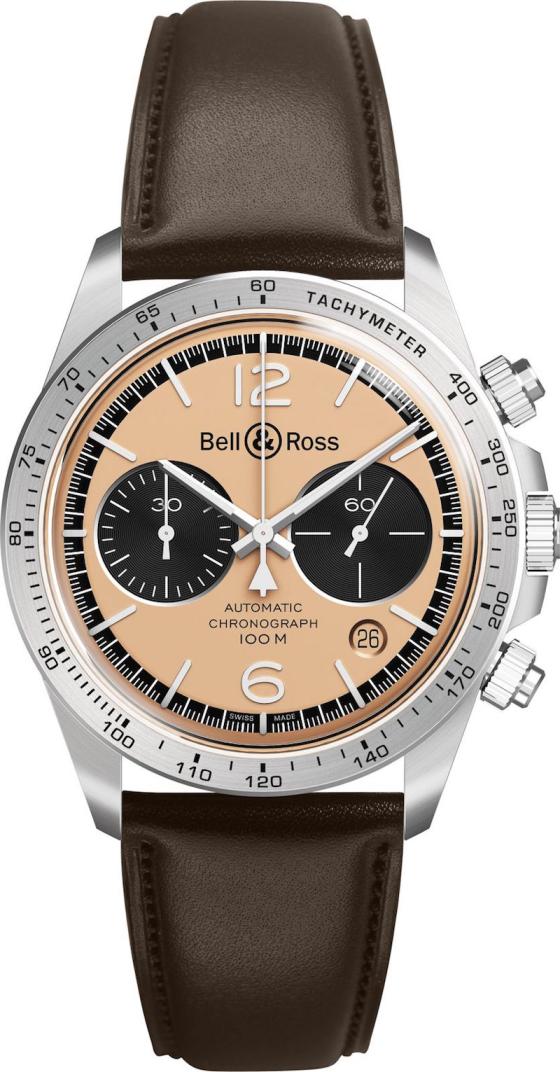 The two new models adopt the round case of the Bell&Ross Vintage model, which is an obvious choice given the heyday of the traditional bellytanker cars was the 1950s. Yet, despite the modest sized case and vintage colourways, the two timepieces remain relatively contemporary and can even moonlight as dressy watches.