The avant garde watchmaker has finally released the anticipated high-performing sport watch that reflects Griezmann’s dynamic play on the field. 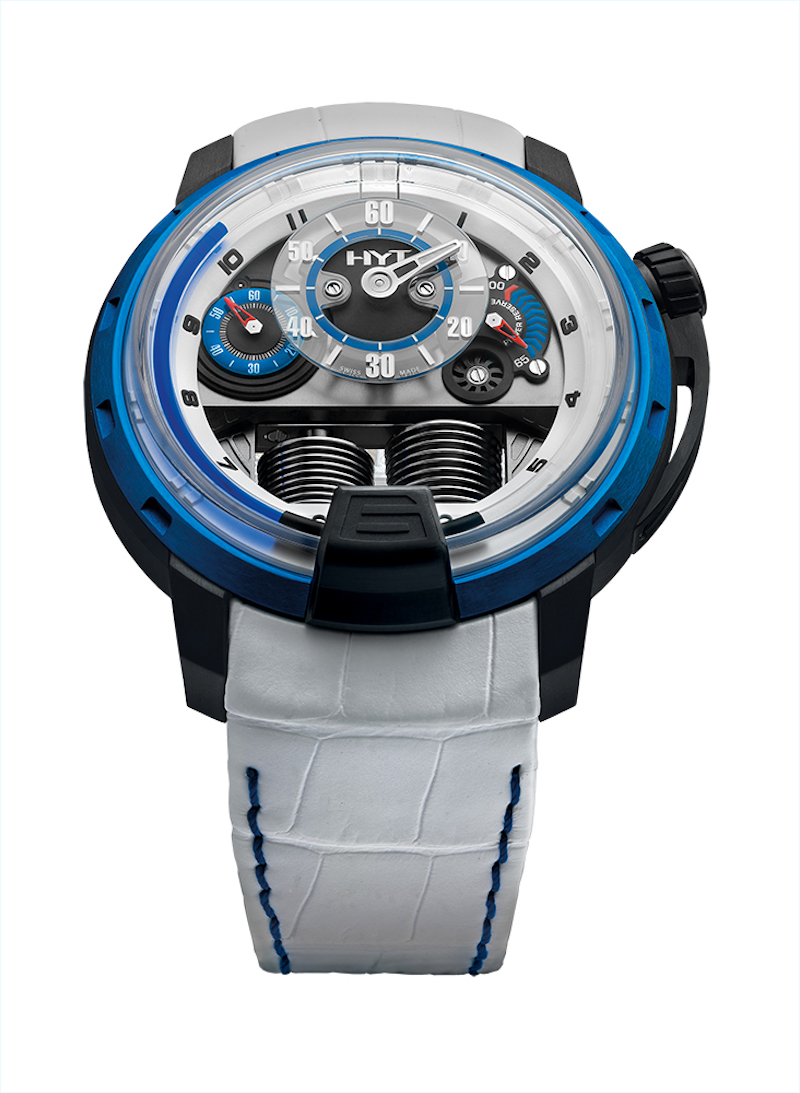 A few months ago, we announced the new partnership between Antoine Griezmann, the star French international footballer and the futurist watchmaker.

Why did the footballer choose HYT in particular to partner with? According to brand CEO Grégory Dourde:

“To choose HYT is to choose a watchmaker which transcends disciplines and generations.”

That they do, and the H1 model is case and point – which also happens to be the basis for this 20 piece limited edition. 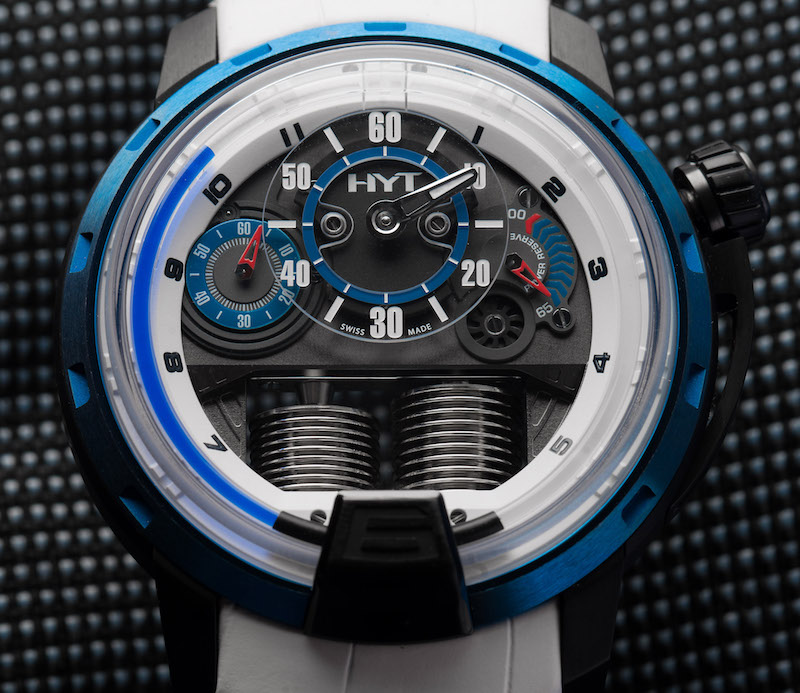 Now, I had a feeling that the Hydromechanical Horologists would do something special with the brand’s futuristic Ho model. Admittedly I was off the mark, and they went with the H1 instead.

Fans of the brand will already know that the H1 was one of HYT’s most successful models. A non-conformist watch through and through, its core DNA is based on two flexible reservoirs with different coloured liquids attached by a capillary, which plays the main timekeeping function. 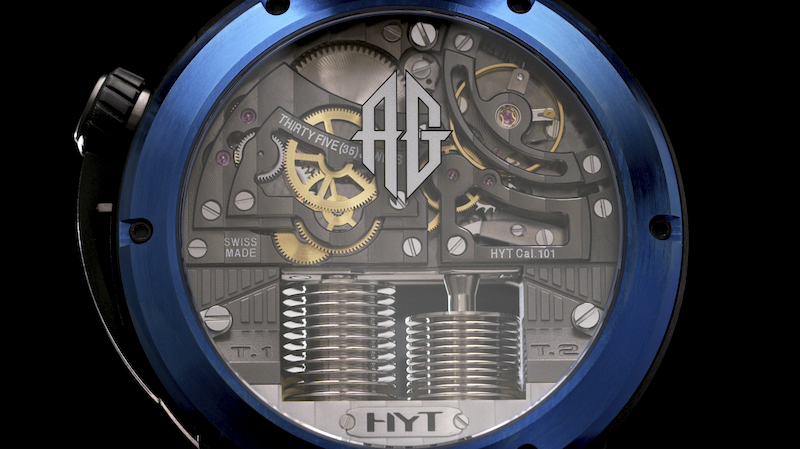 Most noticeable about the H1 Antoine Griezmann is the sporty look, which is saying something for an already very sporty watch. The look is helped by the white and blue colourway, apparently the athlete’s two favourite. The watch features a central sapphire dial, flanked by a seconds counter and a power reserve with segmented display.

The case is also two-tone, made of blue PVD and DLC titanium, which adds to the bold yet balanced look of the watch. A white Cordura strap with blue top stitching is a nice compliment to the overall package. 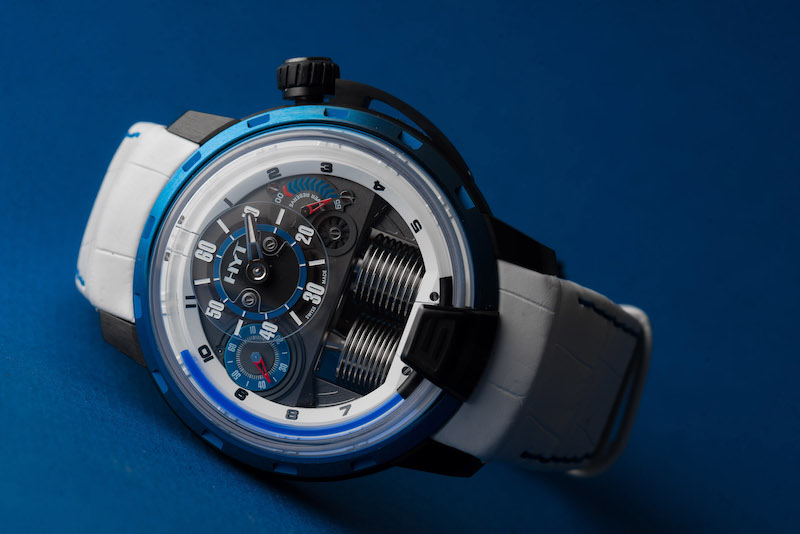 Another thing that stands out for me is the back of the watch, which might be prettier to look at than the front. Through the sapphire case-back – which also sports Antoine Griezmann’s personal marketing - we see the exclusive in-house manual winding mechanical movement with NAC treatment.

The unveiling of the H1 Antoine Griezmann took place in Paris, along with the launch of a second timepiece: the Panis-Barthez Compétition limited edition. That watch is based on the H4 and it honours Olivier Panis, a French Formula One driver, and Fabien Barthez, the most accomplished goalkeeper in the history of French football. But we’ll save that in-depth story for another day.