The new functional watch impresses with its clean lines and deep blue and easily readable dial. But it also has a hidden trick hiding in one of its crowns. 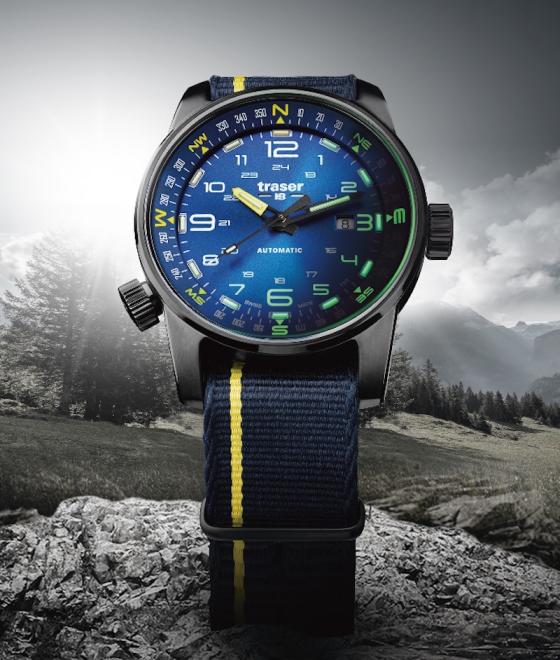 Traser is the functional watchmaker hailing from the Bern area of Switzerland. Admittedly, the Swiss capital is not really known for watchmaking. But it is Switzerland after all, and we are still expecting a lot. Neither is the town known for its flash or boldness. But that’s where traser departs from Bern’s understated character.

That’s because Traser has made a name for itself for its ultra bright and bold sports watches. In fact, the brand is credited with developing a special luminescence technology called trigalight®, which relies on ultra-small glass capillaries to provide a stunning level of readability for its watches. The added bonus there is that the system uses no external energy source, and promises virtually unchanged intensity for a decade. 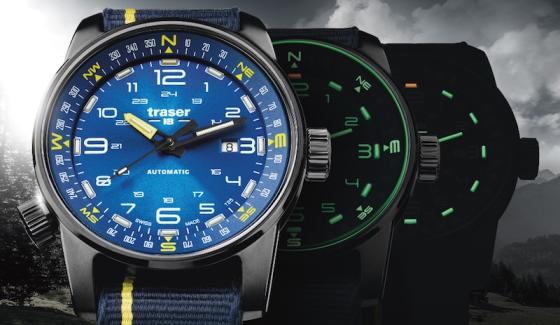 That same technology can now be found in the new P68 Pathfinder Automatic Midnight-Blue. Trigalight® inserts can be found on its hands, which allow for readability even in adverse lighting conditions. When the Super-LumiNova elements on the dial and on the compass ring are completely dimmed down, trigalight takes over the lead role in illumination.

Looks-wise, the eyes are first drawn to the captivating midnight-blue dial. It is paired nicely with a 46mm stainless steel case with black coating and matt and polished details. Overall, the display is simple and clean, enabling for excellent readability. 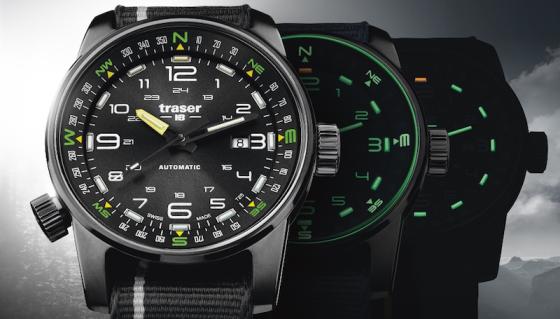 But those handsome looks initially distract from the watch’s hidden feature: a compass ring that can be operated via the crown at 8 o’clock. Used in combination with the position of the sun and the hour hand, the individual position and geographical directions can be set.

The strong and reliable P68 Pathfinder will be made available as of October 2017, and it is expected to come it at a cost of just under 900 Swiss francs. Not a bad price point for those looking to attack the modern jungle.