The Swiss watchmaker’s latest addition to its iconic Toric collection is the ultimate in luxury travel watches. 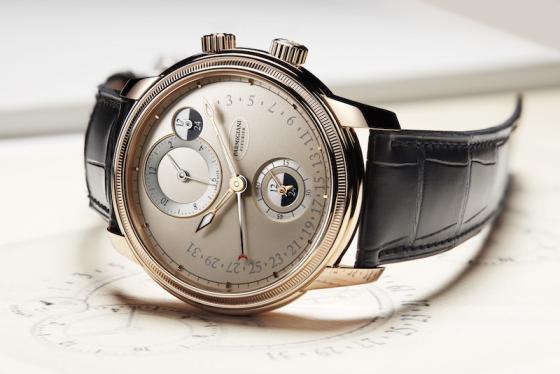 Parmigiani Fleurier’s venture into travel watches came about when a pocket watch was brought in to its restoration workshop that contained two movements, each responsible for its own time zone. This sparked a desire to add a GMT complication to the brand’s repertoire, and eventually led to Michel Parmigiani developing a single calibre that controls two time zones.

The end result was the impressive Tonda Hémisphères, first released in 2010. Seven years later, the its exceptional movement has been moved to the Toric collection – the brand’s founding model from 1996 – with the new Toric Hémisphères Rétrograde. 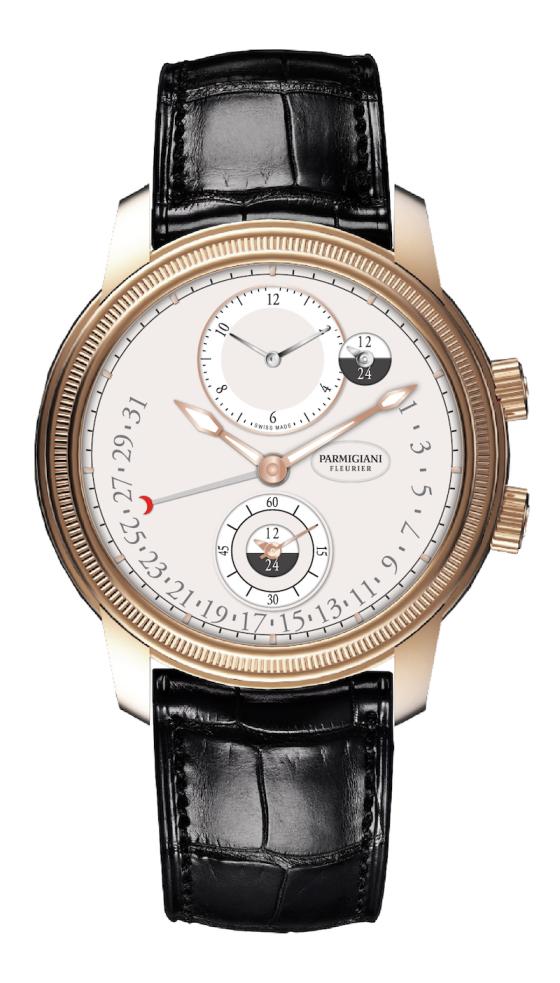 Featuring a knurled bezel, a signature feature of the Toric line, the nearly 43mm wide case of this new timepiece brings a dose of elegance and class to the world of modern travel. 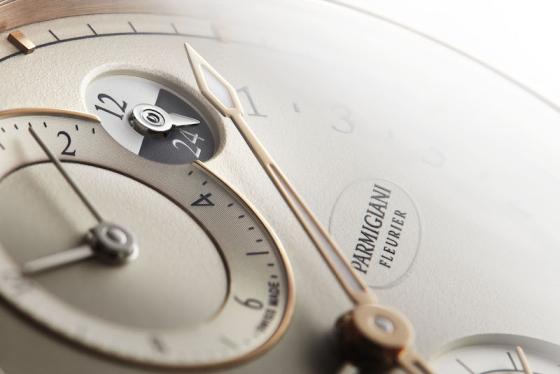 The dial of the watch is simply stunning, with its clean lines and understated, easy to read layout. It is designed so that the most important functions stand out, namely the hands of the main time zone, plated in 4N gold and coated with Super-LumiNova.

The hands of the second time zone, on the other hand, are a bit more discreet, with rhodium-plating. The date indication also provides an easy reference thanks to large numerals indicated by a red crescent moon hand. 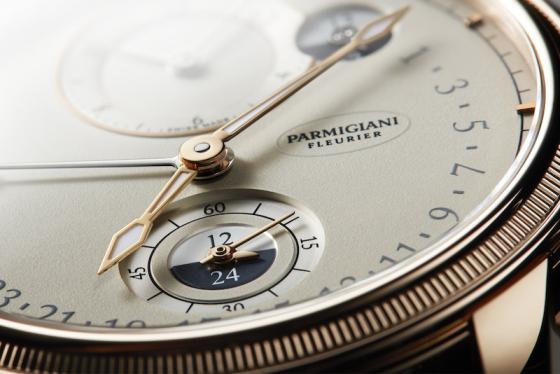 On the inside we have that famous calibre PF 317 movement, which provides an accurate measure of the time in two zones thanks to a module indexed to the main movement to govern the second time zone. The small crown at 2 o’clock can disengage the second time zone module, meaning that it can be adjusted independently.

The main crown at 4 o’clock takes care of the standard functions, used to wind the movement and set the time of the two paired time zones. Each time zones is also associated with a window that provides a clear day/night indication. 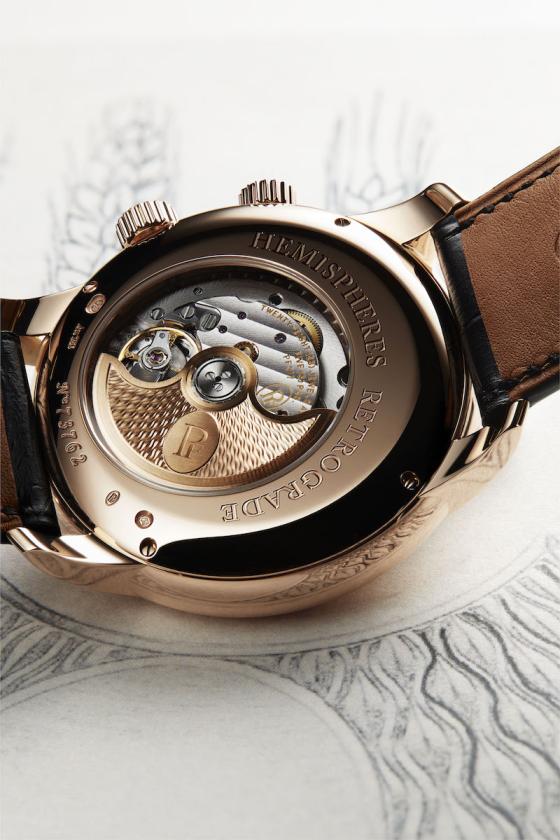 As the name of the watch suggests, the self-winding movement calibre PF 317 also features an instant retrograde calendar. As it moves towards the last days of the month, the hand activates a spring that drives it back to 1. This 240° movement - indicated by the third central hand - is so fast and forceful that it actually can’t be seen with the naked eye.

On the flip side of the rose gold case, I really like the asymmetrical opening of the display case back, which only shows the main movement and its 22 ct rose gold guilloché oscillating weight.

The Toric Hémisphère Rétrograde is a harmonious and captivating piece of watchmaking. And, as a result, it comes at a very special price - a bit under 30,000 Swiss francs.