The Italian luxury brand bolsters its men’s collection with a sporty yet luxury timepiece with smart functionality. 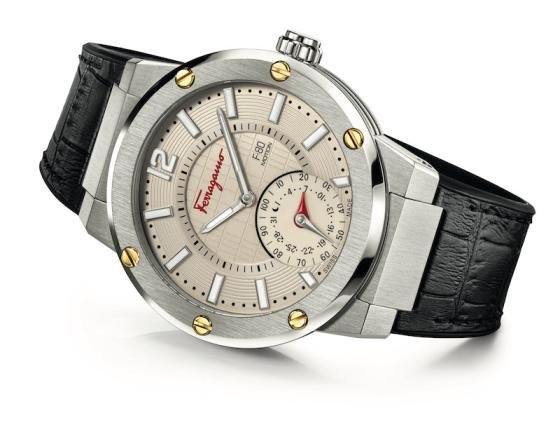 I suppose the fact that the Timex Group’s Swiss Luxury Division has been handling that operation for Ferragamo since 2007 has had something to do with the recent success. But that’s not the surprise I’m referring to.

Rather, it’s the fact that Ferragamo’s successes in watchmaking have been largely concentrated in the men’s models. That’s notable because the brand is largely concerned with luxury fashion watches, a market segment typically led by women’s models. 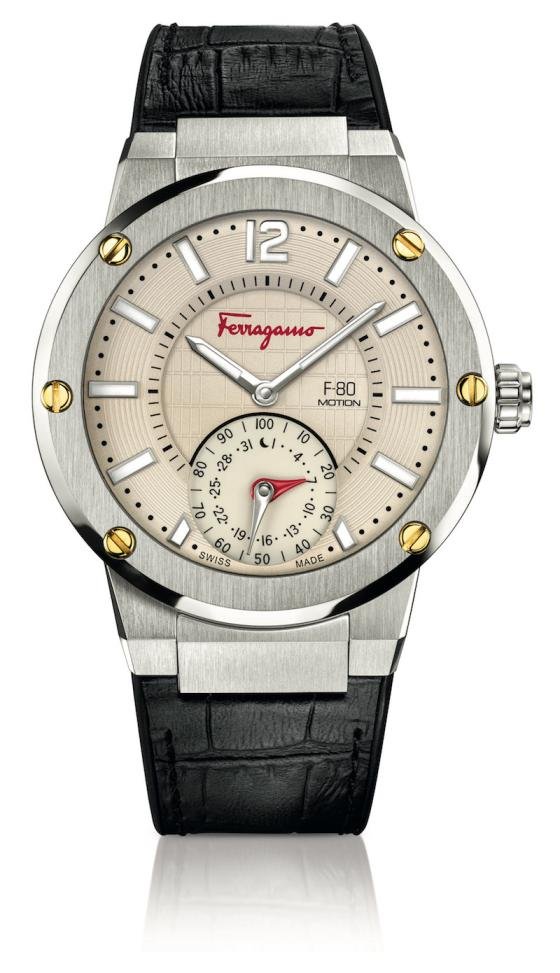 Now bolstering its growing presence in that space even further, we have something new in the form of the Ferragamo F-80 Motion.

Available as of now, the new timepiece is equal parts luxury, fashionable, and sporty. It is primarily aimed at men who are interested in style and technology, notable given the watch’s connected functionality.

The Swiss-Made MOMT285-l movement inside allows for various functions, including activity tracking, adaptive coaching, sleep monitoring, alarm, time zone synchronization, and function back up. The corresponding MMT 365 app, which is available for IOS and Android devices, can be used to manage the watch once it has been synchronized. 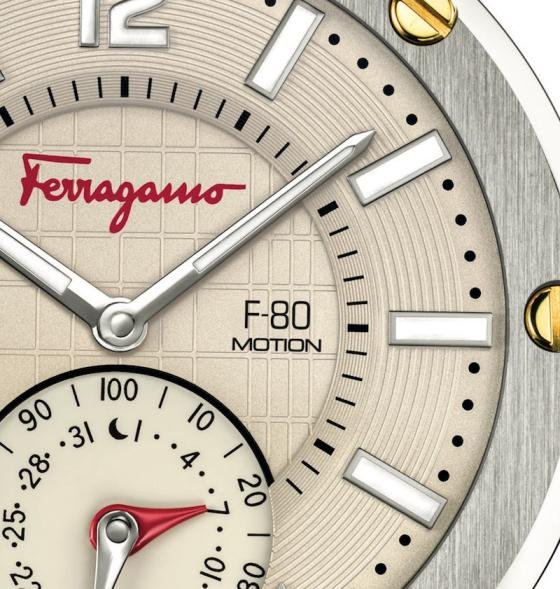 The sporty look of the watch is emphasized by the by screws on the bezel in a contrasting colour from the 44mm steel case. The relatively large case is paired with a leather strap in grey or an all-black crocodile-embossed calfskin. The straps provide nice balance to the attractive dial with silver or black guilloche, completing the overall package.