The young Swiss watchmaker is channeling the rebellious rider spirit in a trio of bold timekeepers. 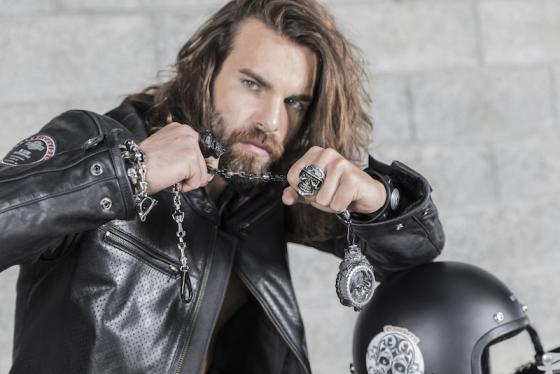 Bomberg is one of several brands that tries to channel the rebellious spirit in their watch and jewelry collections. In their case, however, I would even take that a step further and say that the Swiss brand is actively trying to portray not just rebellion but also a sense of risk with its creations. After all, this was the first press release I’ve seen where I’ve gotten the middle finger!

At least that’s the sense I get when taking a closer look at the Bomberg BOLT-68 collection. First released in 2014, the collection channels the rebellious spirit of the 1960s – 1968 to be exact. Add to that a ‘bolt’ of energy through some strong designs, and you get a brand that is comfortable on the outskirts of traditional watchmaking. 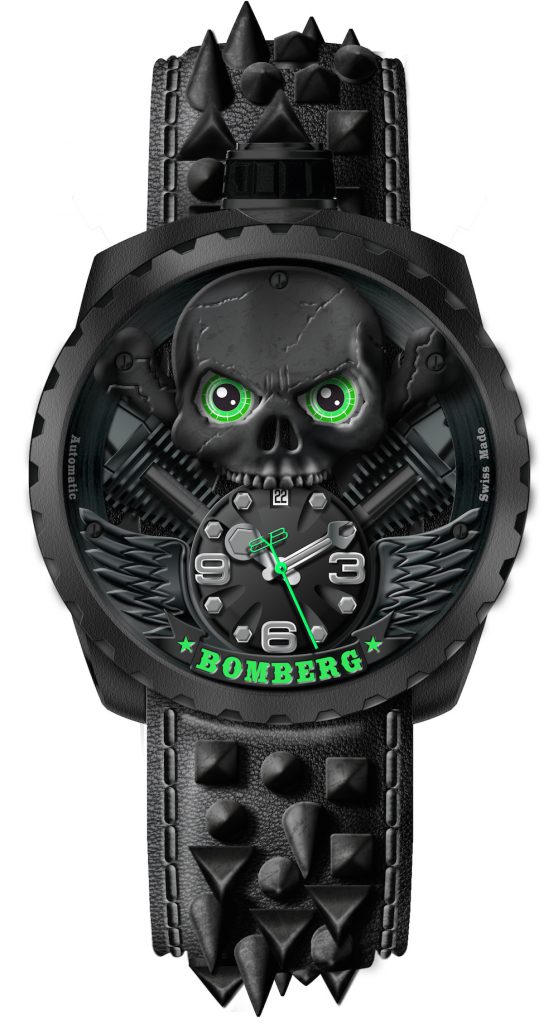 The deep black dial is offset with a bolt of vibrant green, which also comes in handy when telling the time. The skull’s eyes change their colour depending on time, going from wide open and green to completely black when closed. 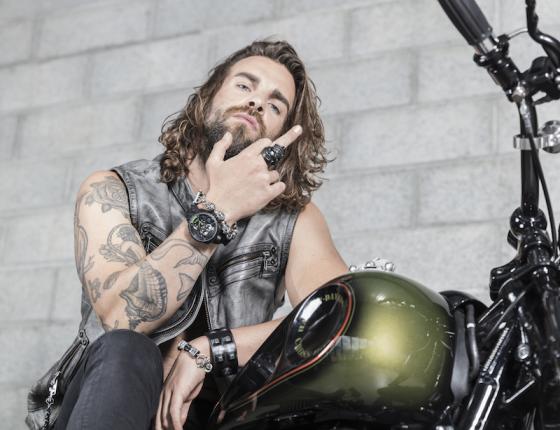 The “Hellgold” model is probably the most civil, if I can say that, despite the name. A combination of a soft gold colour combined with dark black on the watch is meant to symbolize the contract between devils and angels.

Rounding off the trio is the “Eternity Blue”, which you might call the most optimistic of the collection – which is saying something considering each piece prominently features a skull. The blue colour represents the sky, meant to instill a sense of peace and calm, which is contrasted with the skull motif. 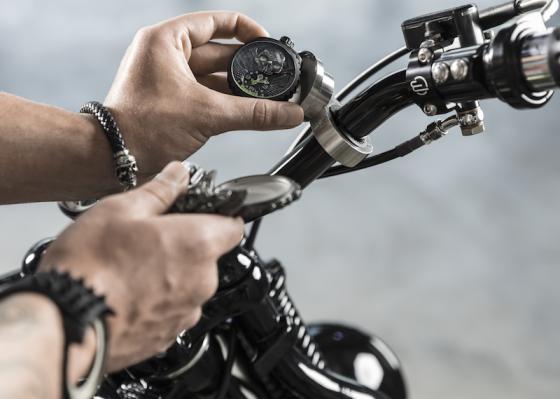 Each of the models are powered by the ETA2671, a solid and compact automatic movement which provides 38 hours of power reserve.

Just like other models in the collection, these examples also sport the a bayonet system with trigger guard that allows the wristwatch to transform into an extraordinary pocket watch.

And since Bomberg has always been a hit in the world of bikers, each BOLT-68 Skull Rider comes with a handlebar accessory that allows it to clip onto a motorcycle. Naturally, being a rebellious biker is no excuse not to be able to tell the time.