The independent Swiss watchmaker has launched a limited edition to honour the life and work of the legendary Academy Award winning Swiss artist HR Giger. 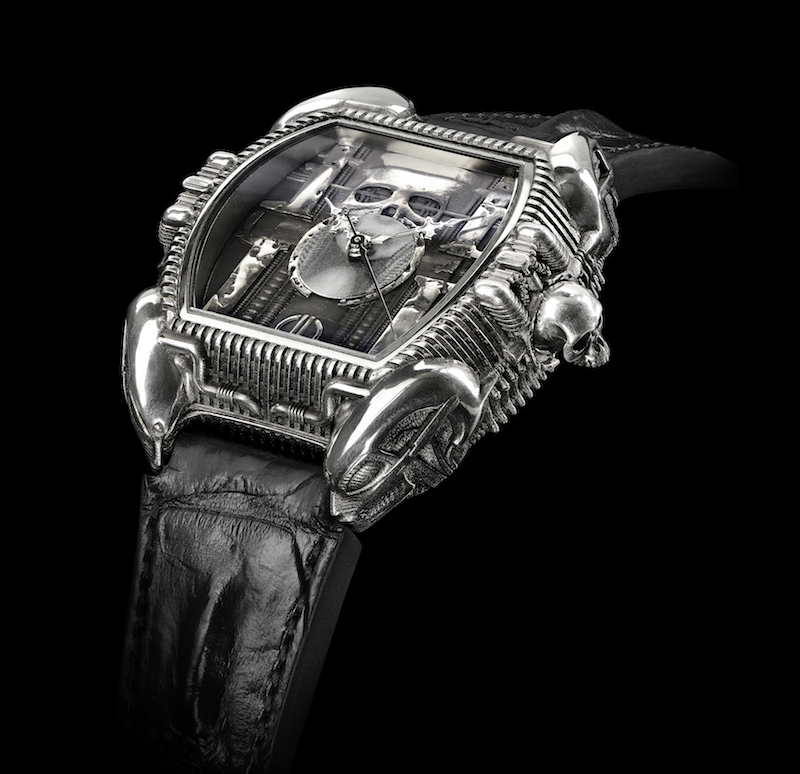 What do you get when you mix “Alien” from Hollywood movie fame with Daniel Strom and avant-garde Swiss watchmaking fame?

The answer is the special “In Memoriam HR Giger” timepiece. How it came about, however, requires the explanation of another intervening step.

The inspiration for this watch, which looks like a proper wrist sculpture, was the work of legendary artist HR Giger. Much like Daniel Strom himself, Giger was known for his “fantastic-realism” works, an example of which was his legendary and Oscar winning creation: the monster in Ridley Scott’s 1979 film Alien.

To honour the life and legacy of the man, Strom waited three years before presenting the watch that the duo had created together. He named the tribute watch “In Memoriam HR Giger”. It was launched at the HR Giger Museum in Gruyères, Switzerland in a limited edition of 99 pieces.

It is sculpted in a silver case, with elongated skulls of the famed cyborg creature extending from the lugs, with its body parts etched into the middle of the case.

The hand-worked dial is also cast in silver, inspired by another of HR Giger’s works, the “ELP II” canvas, which was unfortunately stolen in 2005 and has since disappeared.

While this is a tribute watch, fans will appreciate that overall it is very consistent with the Strom collection. As with previous watches in the Agonium collection, this piece also explores the ephemeral nature of existence, which is very fitting considering the man that it celebrates. 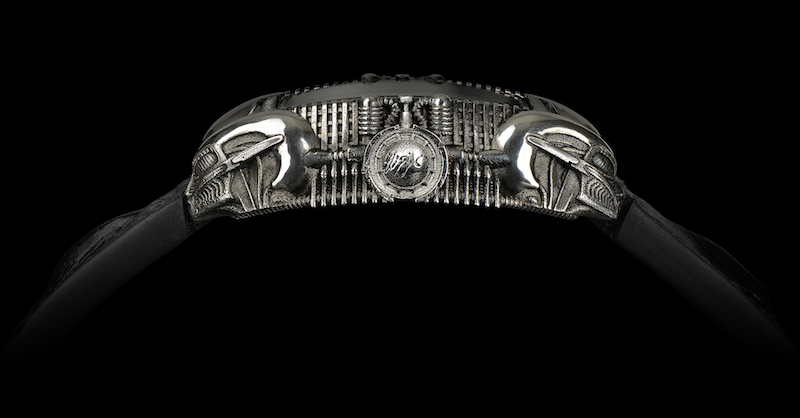 For those looking to support the family company beyond wearing one of its unique timekeepers, the Bienne-based watchmaker recently announced a new round of fundraising to support the implementation of new concepts.

That means a unique opportunity for watch enthusiasts or savvy investors to own a piece of Swiss watchmaking proper. And who knows, with deep coffers maybe one day a Strom timepiece will carry on your name too.