The latest watch to come from the partnership with yacht racing team Alinghi is the most technically advanced and edgy of the trilogy, and it is limited to just 20 pieces. 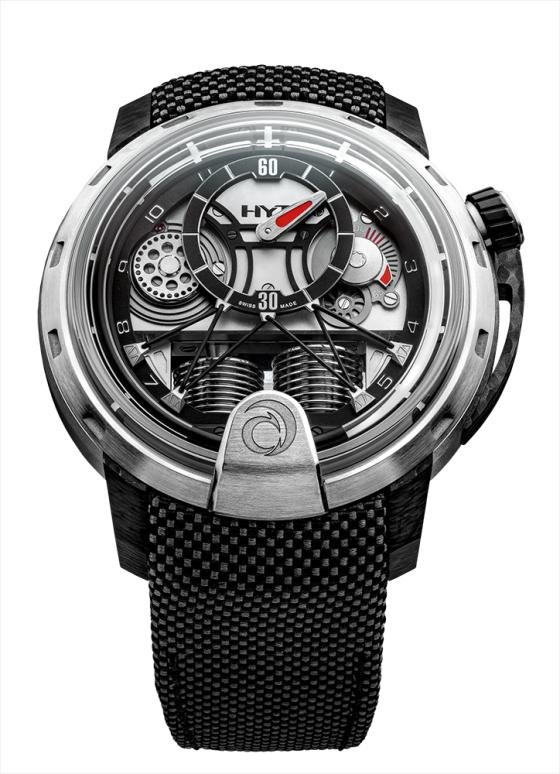 It appears that the H1 Alinghi is returning to its yachting roots. The new creation celebrates three years of partnership between HYT and the yacht racing team Alinghi. And as is usually the case with such partnerships,the new timepiece has been made available in a limited edition of only 20 pieces. 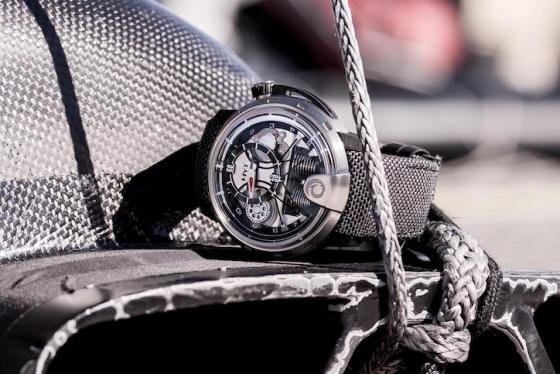 This watch is now the most technically advanced piece of the series, borrowing more elements from the boats which inspired it. That’s partly because after a visit of the shipyards where the team prepares its multihull craft, the watchmaker incorporated several such elements into the timepiece.

The most obvious of those is the rigging which criss-crosses the lower half of the dial. It passes through four eyelets on the flange, before being secured to three central eyelets. 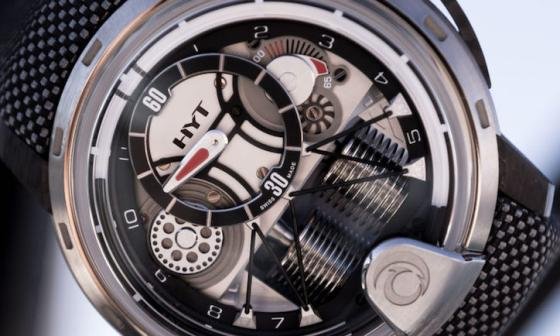 The Swiss watchmaker took it even further by integrating elements like the small second at 9 o’clock in the shape of a mainsail furler, the power reserve at 3 o’clock shaped like a winch, and the jumper at 6 o’clock which bears the Alinghi logo. On the back, the structure of the H1 Alinghi echoes the deck of a yacht.

As ever, the time is read via the liquid of the HYT signature capillary system, including retrograde fluid hours, minutes, seconds. At night, the translucent part of the capillary reflects the light, enabling the time display with good visibility.

It’s all powered by an exclusive mechanical hand-wound caliber humming at 28,800 vibrations per hour and delivering an impressive 65-hour power reserve. 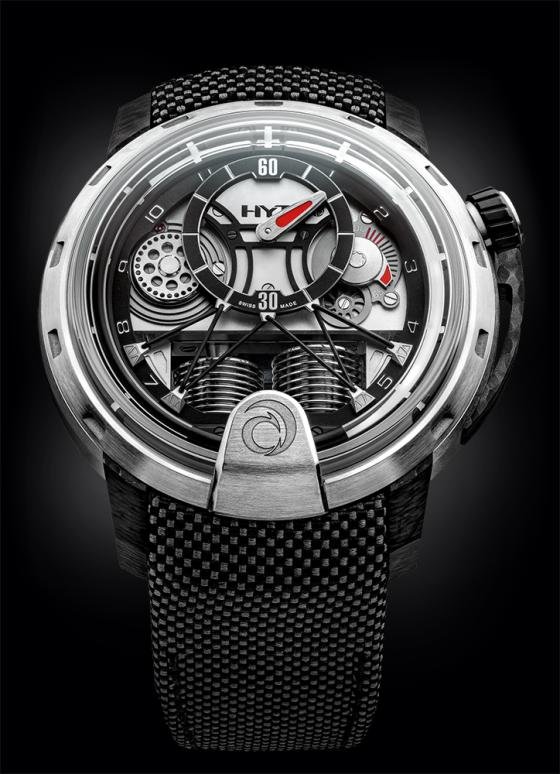 To ensure lightness and rigidity – important both in watchmaking and in yachting - the piece sports offset lugs and a crown guard made from folded and forged carbon. They were designed and manufactured outside of the watch and then assembled onto the titanium middle of the timepiece after the fact.

Those light construction materials are all the more important because the watch comes packaged in a relatively large case of nearly 49mm in diameter, and it is almost 18mm thick.

And despite all that action on the dial, believe it or not this is probably one of HYT’s most understated releases. Perhaps it’s down to the deep black colour that was chosen for the liquid in the capillaries, which subdues the overall look of the watch. Nevertheless, the H1 Alinghi remains an edgy and technically advanced timepiece.