The young brand has just released its third collection, the sporty and edgy LA-03, which comes in a variety of colours that can get some attention in a crowded market. 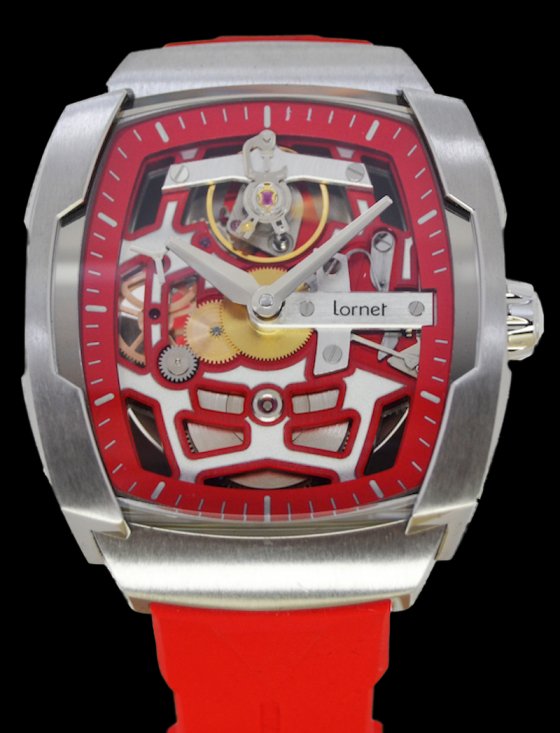 If you haven’t heard of watchmaker Lornet just yet, that might be because the brand has only been in operation for less than a year. And to be fair, its watches have only been available at about a dozen outlets so far.

Nevertheless, the independent brand based out of Besançon, France, already has two collections under its belt. The first was the LA-01, which featured a stainless steel tonneau-shaped case shape with an angular look. The second, the LA-02, was the equivalent ladies’ model. 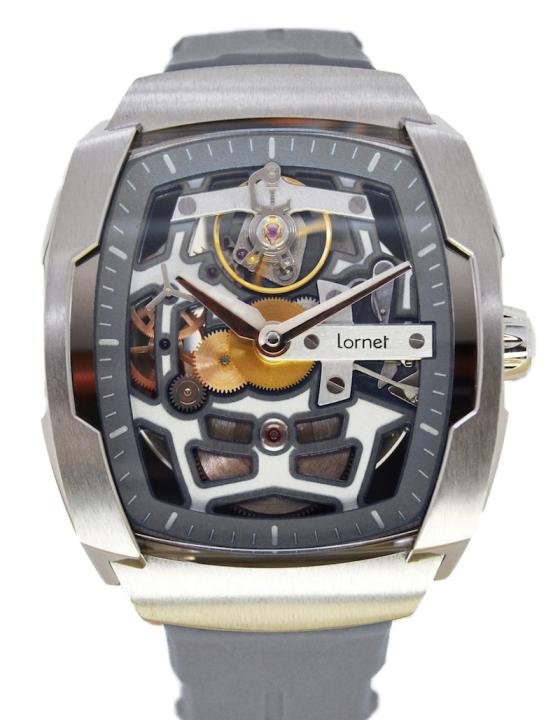 As you might have guessed it, the LA-03 is the third collection for the young brand. Retailing for about €9,600, the watch features the same basic architecture as the LA-01. That is, a large, curved case with two reworked brancard side pieces and an exclusive movement featuring extensive openwork.

The idea behind the design was to highlight the various angles with different finishes and colours, to bring out the architecture of the movement. And the overall result looks quite sporty and technical.

Moreover, the movements used here are modular, which allows the relatively straightforward addition of various complications for future series releases. 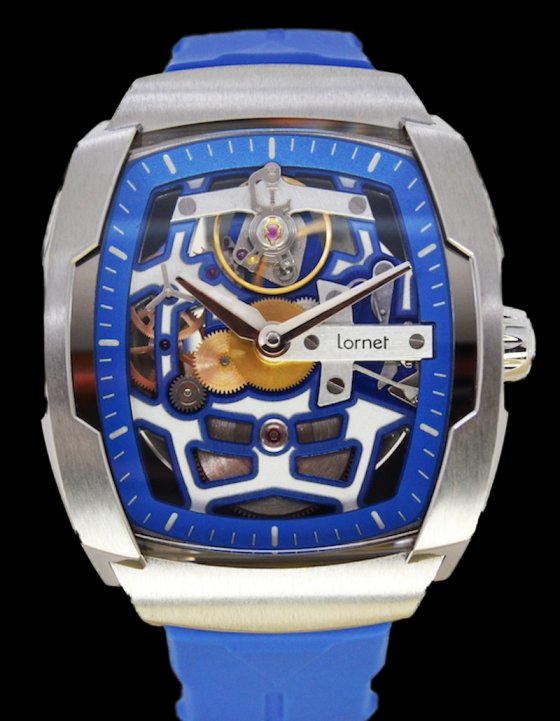 In addition, the movements are mostly made out of aluminium, and combined with the use of grade 5 titanium it brings down the overall weight of the timepiece to just 65 grams.

The first model available from the new limited edition is the Full Black model, released in just 25 pieces. The darker tones of the model give it an imposing look, while the orange and blue variations highlight its sporty vibe.

To match the edgy watches, Lornet has also developed a whole range of silicone straps along with a variety of leather straps with top-stitching options that can be chosen to match the dominant colour of the watch. 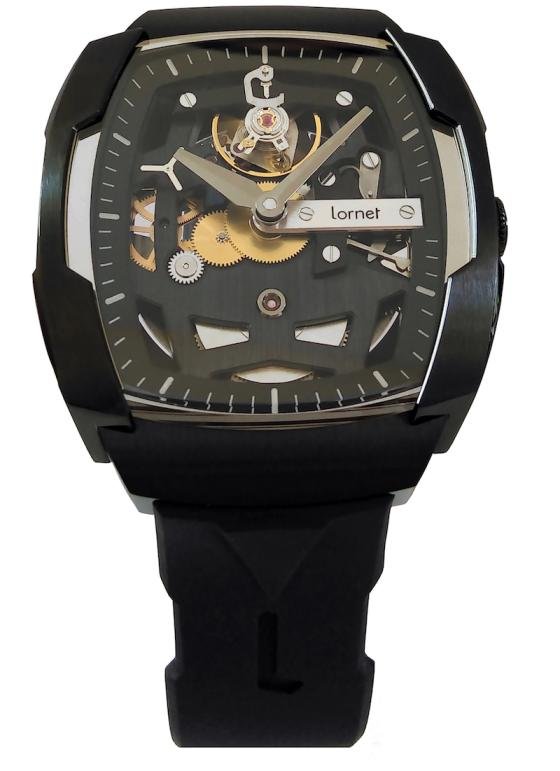 What I like about the independent company is that it designs, manufactures, and assembles over 98% of its components regionally, which allows it to boast a “Made in France” label without any objections (as is the case with some Swiss models).

The structure and design of their watches also allows the brand to stand out a bit within an already crowded marketplace. Watch out for their sporty designs to reach international markets soon.