Released in 2017, the brand’s first square diver’s watch became a collection in its own right and has since continued to expand. Bell & Ross presents a new khaki green “camouflage” version inspired by military codes and made entirely of ceramic. Water-resistant to 300 metres and equipped with a photoluminescent coating and anti-reflective finishes, it meets the three fundamental principles defined by the international standard ISO 6425: water-resistance, legibility and reliability. 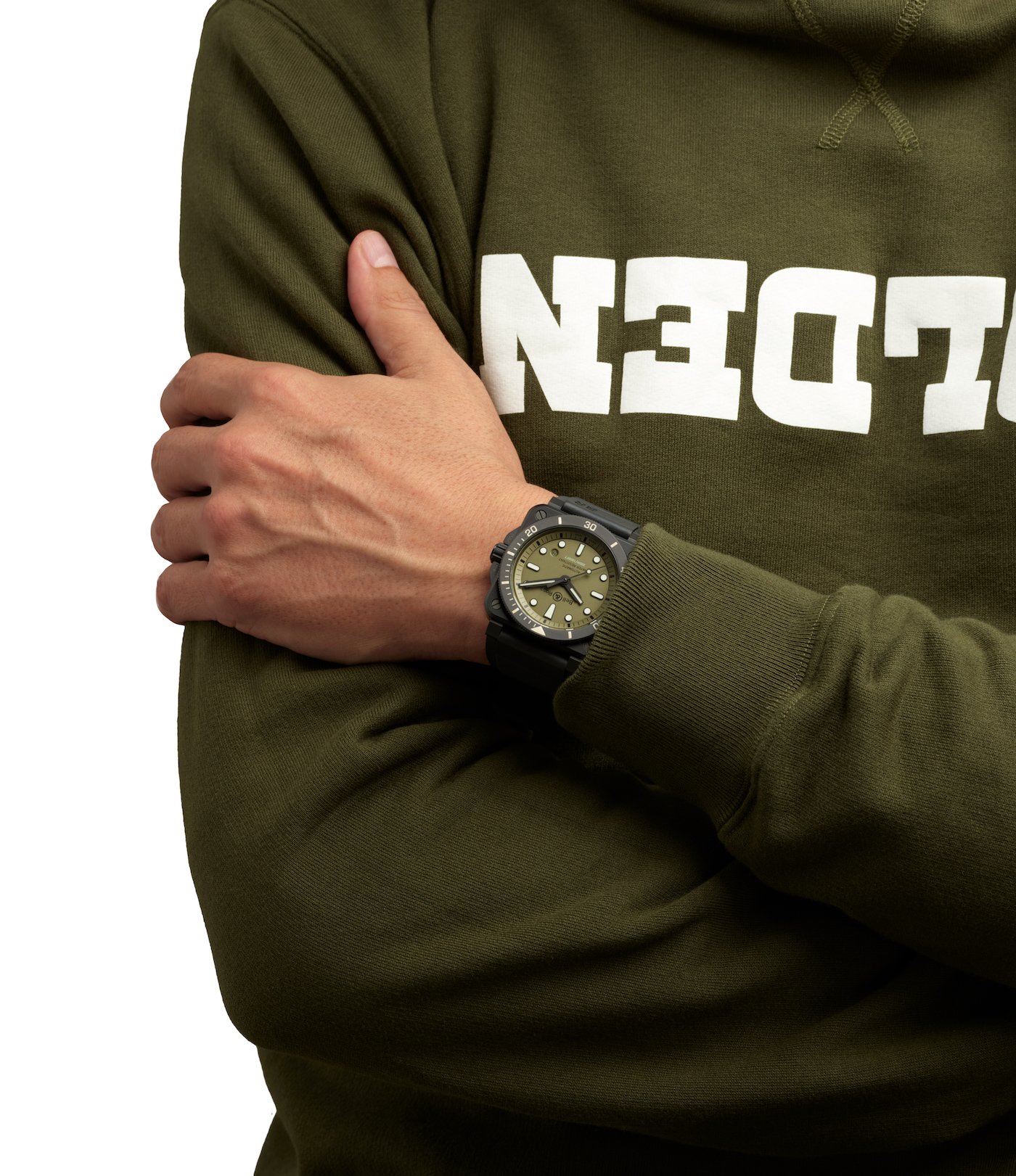