Ice-Watch plants the Belgian flag in the heart of Geneva

Ice-Watch plants the Belgian flag in the heart of Geneva

Ice-Watch, the Belgian brand known for its colourful watches, today officially inaugurated its new flagship store on Rue de Rive, in the heart of Geneva. Together with a store in Paris, the compact new point of sale in Geneva is one of the first of the brand’s planned flagship stores, with further outlets set to follow during the course of 2013, notably in Zurich, New York and across Germany. 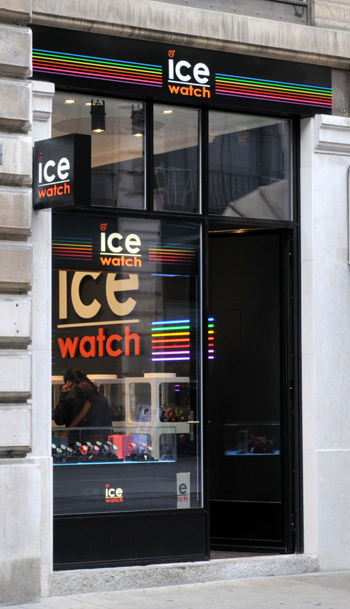 The new store concept offers the full collection of Ice-Watch products, which, in addition to the entire range of several hundred watches, includes the funky Ice-Phone mobile phone cradle, wall and alarm clocks in the familiar range of colours. 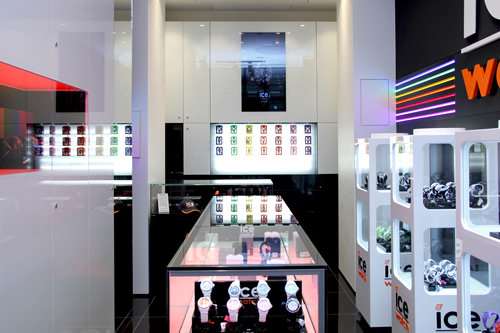 The interior of the Ice-Watch store on Rue de Rive, Geneva

The new flagship stores will complement some 12,000 existing points of sale for Ice-Watch in over 100 countries, which together have sold almost 5 million watches this year.

“We are proud to show once again that we are capable of innovating in a saturated and conservative market such as that for watches, in a period of crisis,” said Jean-Pierre Lutgen, CEO of Ice-Watch.