One way or another, sooner or later, in order to survive, humanity will have to expand out into the universe - and the prospect of flying to Mars has never been closer. Konstantin Chaykin has thought about the horological equipment for this venture.

One way or another, sooner or later, in order to survive, humanity will have to expand out into the universe - and the prospect of flying to Mars has never been closer. Konstantin Chaykin has thought about the horological equipment for this venture.
T

he expectation that Earth will always be a safe home is a mistake. But nature has given us a decent chance for the first attempt to populate space – planet Mars. This currently rates as the best option for a space base for colonisation. The prospect of flying to Mars has never been closer. This idea once seemed like a fantasy, but literally in an instant it has now become quite feasible.

Even so, this will not just be a nice pleasure outing or some kind of space tourism for the sake of a couple of cool-looking Instagram posts, even if we understand that we can do nothing today without social media. The conquest of Mars will not be easy, but it will involve an incredibly exciting process of creation and technological improvement in order to ensure the settlement of humanity in space. Konstantin Chaykin is certain that the conquest of Mars necessitates the thinking over of many different aspects in advance, including the development of a specialised mechanical watch that is reliable and capable of functioning autonomously both in space and on Mars. 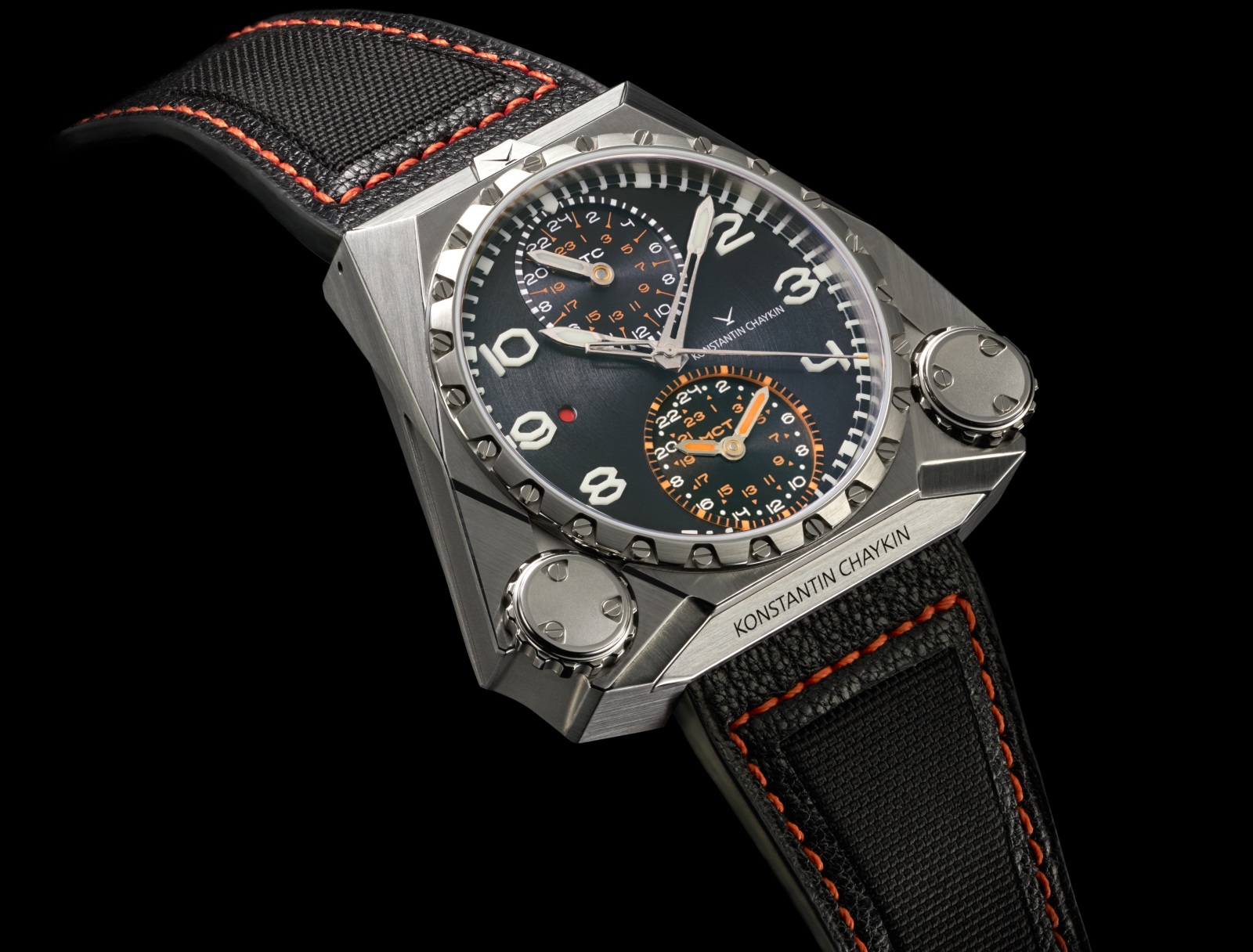 That’s why in 2017 this expert watchmaker and inventor launched his own Mars programme – “Mars Time”. Among the watches that have been created and are due to be released in the framework of this project, you will not find just an ordinary watch with a “Mars” design. Design is an important but far from essential element in the “Mars Time” project strategy, which is based on Konstantin Chaykin’s typical creative methods.

As he states: “When I start a new project, I am guided by my three creative principles – first, an idea is born, be it philosophical, technical or artistic, which captures all my thoughts. Then I come up with the design which will most completely and adequately express this idea. Finally, I construct a movement that brings everything to life”.

The “Mars Time” project has really captivated this Russian master, as witnessed by the flurry of creative sparks he has generated while working on it. Some of these inventions are already familiar to those who truly appreciate the art of watchmaking thanks to the first watch in the “Mars Time” project – the conceptual prototype “Mars Conqueror Mk1”. In this prototype Konstantin Chaykin invented and implemented an impressive array of functions, with nine additional complications and features. Among these are a unique complication with synchronised Earth and Mars times, a Mars date display using the Mars calendar, with the possibility of it being used as a way of showing the duration of the mission in sols (Mars-days), a function showing the relative positions of the Sun, Earth and Mars, and a planetary opposition and superior opposition complication. All these factors place this timepiece in the category of supercomplicated mechanical watches. However, the number of complications is not as important here as the fact that Chaykin has developed a new set of cosmic complications, specially invented for wristwatches. These cosmic functions allow the watch to be used and put into practice not only on our planet, but also in space – in this case, on Mars. 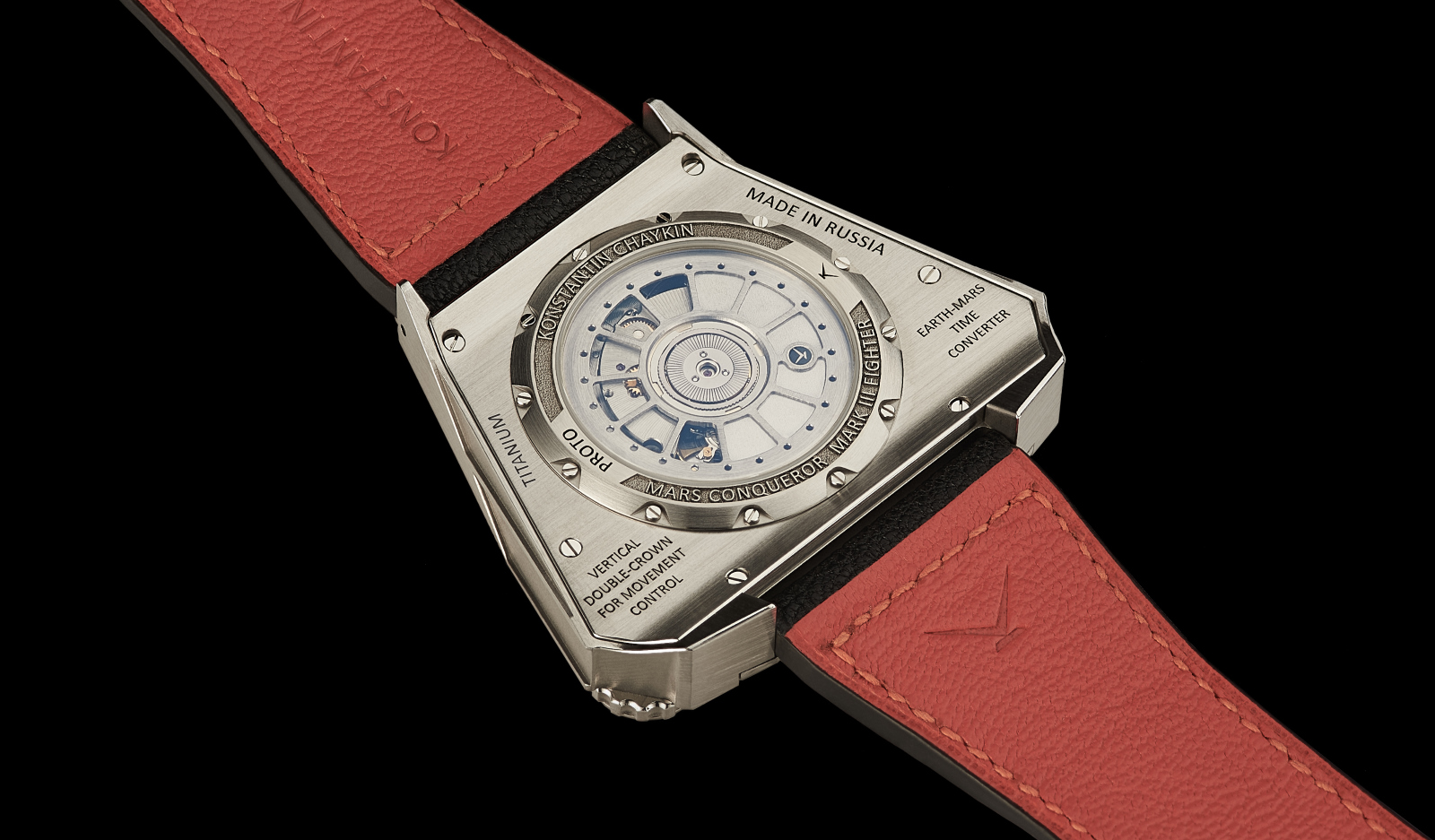 The “Mars Conqueror Mk3 Fighter” watch, developed by Konstantin Chaykin with the necessity and inevitability of humanity’s colonisation of the red planet in mind, points to the future – hence its futuristic design, seasoned with a clearly tangible militaristic touch. That being said, this watch still retains some details which link to the past, and the history of the Konstantin Chaykin Manufactory. In 2009, during the development of his vintage style aviator watch project, he invented and subsequently patented a construction controlling the function of the winding crown. That 2009 aviator wristwatch has a unique design featuring two vertical crowns, one of which is used for winding the movement and setting the time, while the other is used for switching modes (invention of Konstantin Chaykin, Patent RU2518300).

The source of inspiration for creating this device was the dials of the dashboards of Soviet aircraft, and now in a modernised form it is used in the “Mars Conqueror Mk3 Fighter” watch, where the crown is used to switch between three modes – manual winding of the movement, setting the UTC time zone indicator (with a clockwise rotation) or setting MCT (with an anticlockwise rotation), and setting local Earth time. In order to make these functions more convenient, the indicators operated by the crown are intelligently set on the dial of the “Mars Conqueror Mk3 Fighter” watch, the wheel train for which, with two steel levers, is set directly under the dial at the bottom part of the movement.

The terrestrial time is shown by three hands – hours, minutes and seconds – supplemented in this watch by the 24-hour time zone indicator hand, while the Konstantin Chaykin-invented “Martian” wheel movement (Patent RU2685764) provides the precise indication of Martian time with two hands, showing hours and minutes, without requiring an additional watch movement.

The basic watch movement is the tried and tested Swiss-made Eta 2893-2, modified by Konstantin Chaykin by the addition of a functional module entirely created in Russia by Konstantin Chaykin Manufactory. The complexities of the watch mechanics of the “Mars Conqueror Mk3 Fighter” are shown by the fact that the functional module is made up of 125 separate parts, each meticulously processed and finished by hand in full accordance with the traditions of haute horlogerie.

Konstantin Chaykin’s “Mars Time” project allows us to look into the future, to a new world, which today we might think of as just a fantasy. Watchmaking is akin to the ancient Roman god Janus, with one face looking to the future in search of new technologies, constructions and designs, and the second face looking to the past in order to preserve and develop traditions and past achievements.

The “Mars Conqueror Mk3 Fighter” watch looks to the future, which is why one can find in its design the futuristic forms of the Martian space fleet as imagined and designed by Konstantin Chaykin. In the brutal yet at the same time ergonomic case of a dynamic, trapezoidal design, which is dominated by triangular edges, there is a bezel fixed to the case by 24 functional screws, resembling the mooring lock of a spacecraft docking system. 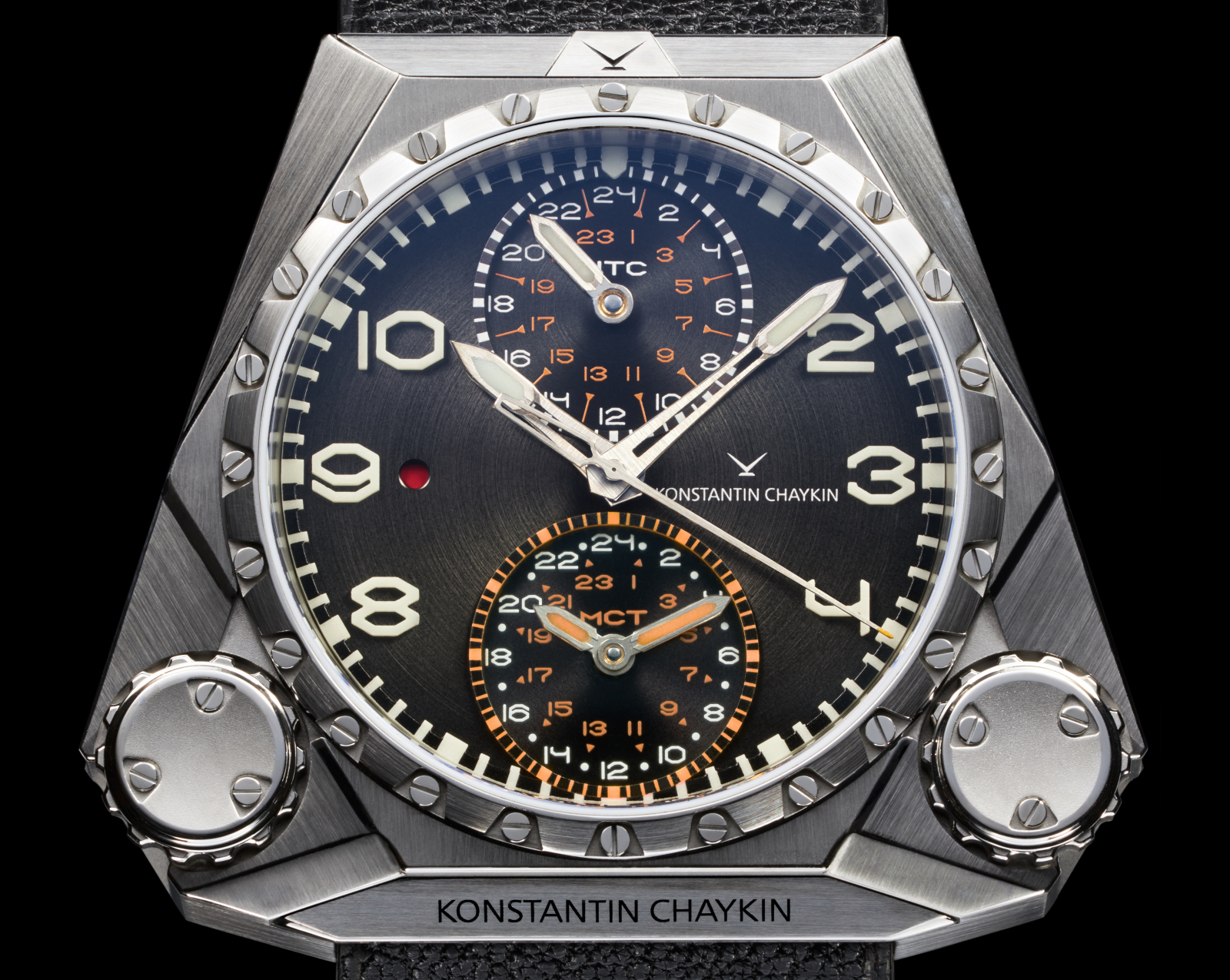 In the first Martian aviator watch in history, Konstantin Chaykin has decided not to use hands of a traditional design, preferring instead to invent his own “Mars” hands. He was guided during this process by the requirements of watch hands in the military, with the hands needing to be large enough to be clearly distinguishable on the dial and covered with a luminous paint composition. The Mars conquerors will head to the red planet in heavy launch vehicles, therefore Konstantin decided to give the hands the characteristic shape of such a rocket, naming them “Starship Hands”. The hands of the terrestrial time indicator are marked with blue-green luminophore, while the Mars time hands are marked in orange.

The numbers of the hours scale, and the minutes scale, of the dark brown dial are made of the innovative monolithic luminophore, the technology for which was developed by Konstantin Chaykin. These elements, which start to glow in twilight and darkness, have a three-dimensional shape, giving this new watch an incredibly attractive look.

The futuristic design and functionality of the “Mars Conqueror Mk3 Fighter” watch is complemented by a narrative of the value of the traditions of mechanical watchmaking. The first edition of this new “Conqueror” watches Konstantin Chaykin decided to make from titanium, traditionally perceived as an aircraft and space material, which is in the best way consistent with the purpose and functionality of the new watch. Only 8 pieces will be released.

The conquest of Mars and its terraforming is a necessary step in the development of mankind, as far as can be seen at the moment. The great English watchmaker John Harrison invented marine chronometers in order to help the admiralty avoid a recurrence of the Sicily Isles disaster. Konstantin Chaykin has invented “Mars conquerors” which can be useful for future settlers of Mars, and at the same time developed a new direction in cosmic complications for traditional watch mechanics, a direction which no other watchmaker has paid enough attention to before. 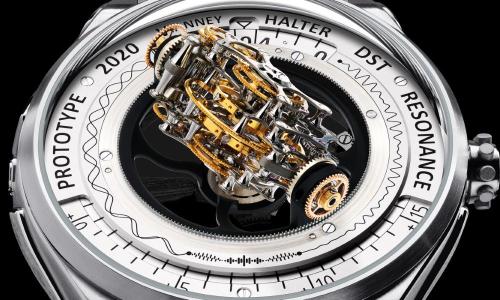 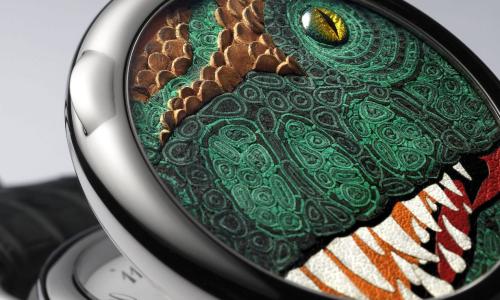 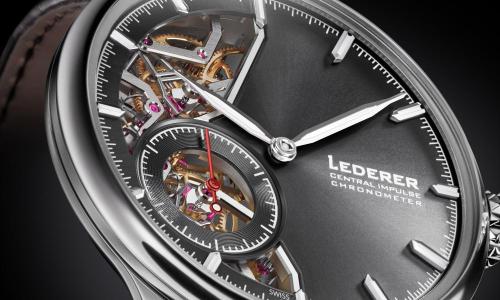 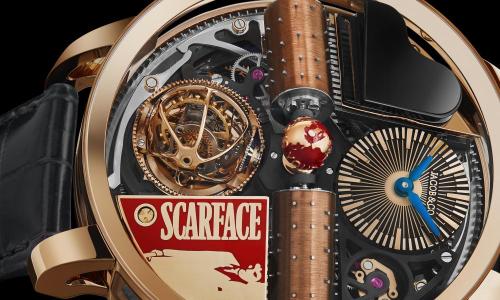 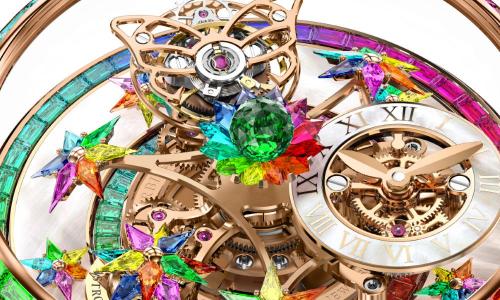 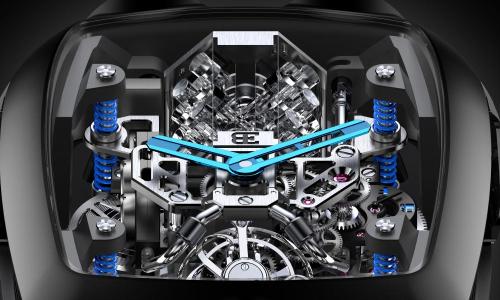 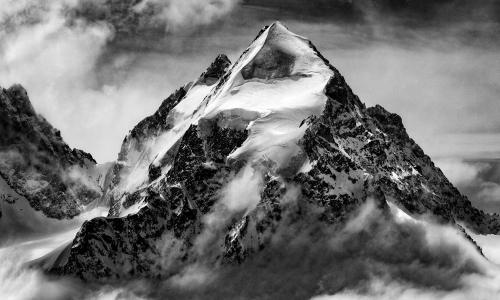 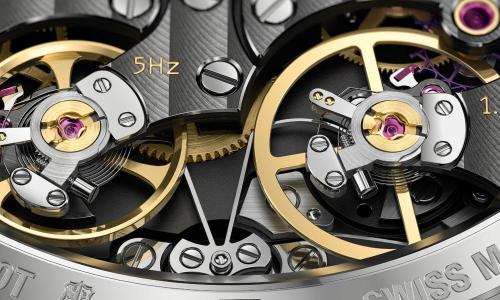 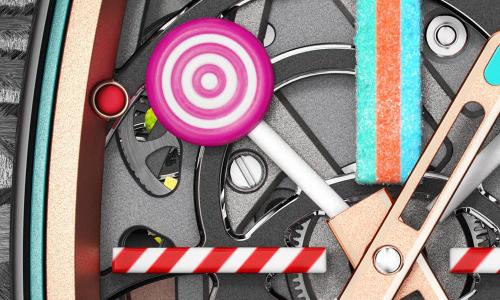 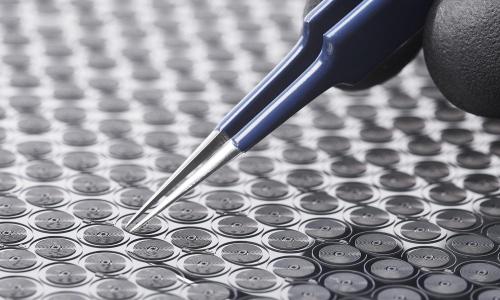 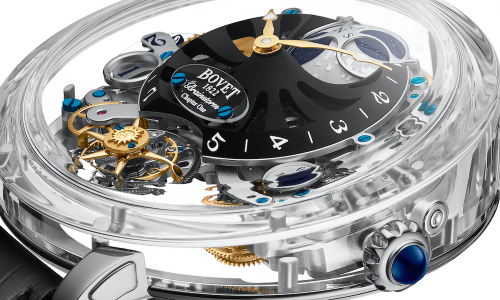 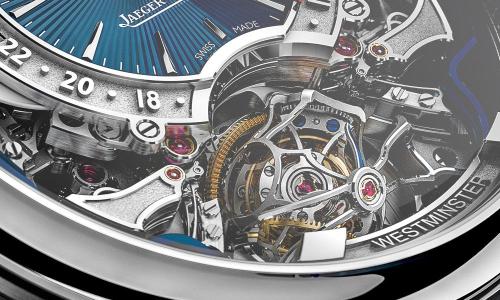 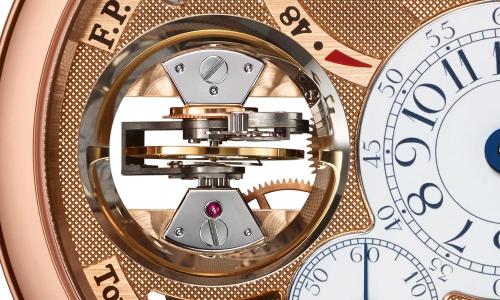 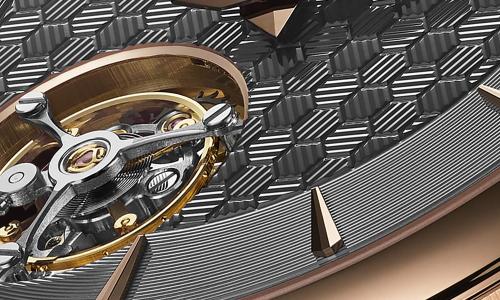 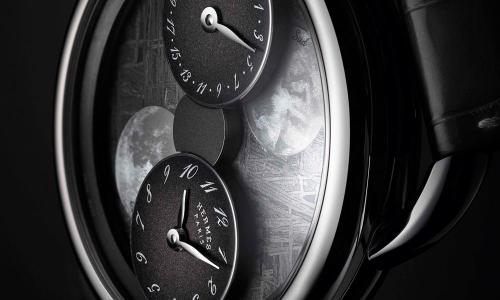 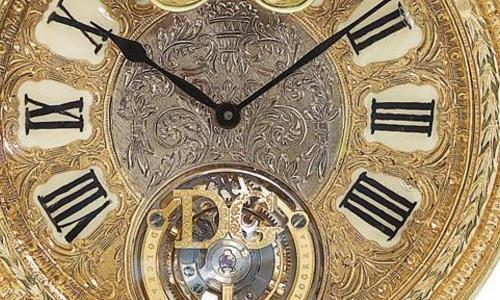 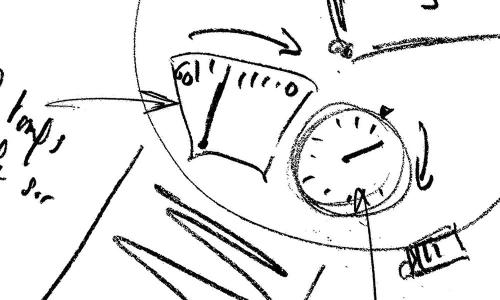