How did the watch achieve such an exalted status in the country? Answering this question also raises some questions about the future of this strong symbol in Chinese culture. On this fantastic journey, we meet everyone from Jesuit missionaries to Val-de-Travers artisans.

How did the watch achieve such an exalted status in the country? Answering this question also raises some questions about the future of this strong symbol in Chinese culture. On this fantastic journey, we meet everyone from Jesuit missionaries to Val-de-Travers artisans.
"W

esterners are always very curious about the reasons for the watch’s high popularity in China,” exclaims David Chang, a Beijing-based watch expert and member of the GPHG jury, when asked this question. “China is a multi-millennial civilisation, which had exchanges with the West very early on,” he continues. “Astronomical calculation was an art mastered by the scientists of the Imperial Palace long ago.”

As historian Dominique Fléchon recalled in a previous edition of Europa Star, astronomy was born in China two millennia before our era and the clepsydra appeared around 500 BC, followed by water-operated astronomical clocks in the 11th century AD. But as he explained, Chinese civilisation has focused more on astronomical observation, an art reserved for the Imperial Court, than on the precise measurement of time itself, which was developed in Europe with the mechanical clock.

“"Westerners are always very curious about the reasons for the watch’s high popularity in China. It is a multi-millennial civilisation, which had exchanges with the West very early on!”

Watches as means of evangelisation

It was an Italian missionary, the Jesuit Matteo Ricci, who introduced the first chiming clocks to China, with the aim of gaining access to the Imperial Court – where there was great curiosity about these objects – and to bring his mission of evangelisation to the heart of the Chinese power structure by persuading people of the advancement of European civilisation (a method that was later called the “indirect propagation of the faith”).

It was an Italian missionary, the Jesuit Matteo Ricci, who introduced the first chiming clocks to China, with the aim of gaining access to the Imperial Court.

In 1601, Ricci was the first European invited to the Imperial Court under Emperor Wanli, during the reign of the Ming dynasty. Following this first contact, a “Chiming Clock Office” and a “Clock Office” would appear in Beijing. In the 18th century, under the Qing dynasty, about a hundred watchmakers worked in the Forbidden City, supervised by European missionaries, where they produced imperial clocks.

Why was the Chinese dynasty so interested in the chiming clocks presented by Ricci, and in Western watchmaking? “During the Qing dynasty, when exchanges between China and Europe began to increase, Chinese scholars wanted to understand the way of life of the European aristocratic elites,” says David Chang.

"In the Chinese elite’s view, watchmaking was an important facet of Western culture, because it was a privilege of high society. Therefore, they had to master this object to better understand the West."

“And in their view, watchmaking was an important facet of Western culture, because it was a privilege of high society. Therefore, they had to master this object to better understand the West.”

The development of watchmaking know-how, however, remained an art reserved for the specialised workshops of the Imperial Court, as was astronomy, the Emperor’s privilege for thousands of years in Chinese civilisation. There was no question of making it a common instrument in this immense nation, which was then essentially agricultural. The measurement of time did not have the same meaning as it did in Europe, a continent that was then just beginning its industrial revolution, which demanded production rates measured to the nearest second.

Bovet Amadéo Fleurier Decorative Arts. The Bovet brothers from Val-de-Travers succeeded in matching their watches perfectly to the taste of the Imperial Court, and became specialists in the so-called Chinese pocket watch.

The century of the Chinese pocket watch

In Beijing’s Forbidden City you can still admire some key products of Chinese imperial watchmaking, as well as a number of English, French and Swiss clocks and pocket watches that were acquired by or given to the Court during the Qing dynasty. Many are made in pairs then, as now, a very important feature of Chinese culture (“pair watches” are still very popular), because of their association with balance, integrity and harmony. All the gifts given to the Emperor were systematically presented in two symmetrical copies.

With Western countries stagnating, and other promising economies having collapsed or failed to take off, Swiss watchmaking has become heavily dependent on Chinese buyers.

A turning point in watchmaking relations between East and West occurred at the beginning of the 19th century. It was at that time that the Swiss pocket watch experienced a boom among the Chinese elites. Europe was then starting both its industrial domination and – a consequence of its military and commercial might – its gradual appropriation of power in China. Switzerland, which was already neutral, was more favourably received at the Chinese Imperial Court than the bellicose French or British nations, its watchmaking rivals. 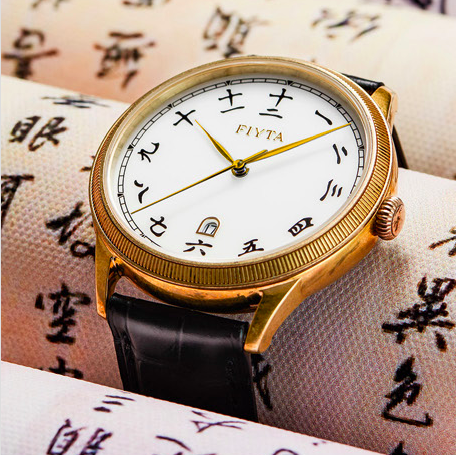 Fiyta Talent Collection. It was not until 1955 that production of wristwatches began in China, under the impetus of Prime Minister Zhou Enlai, who wanted to create a national watch industry.

The Bovet brothers from Val-de-Travers succeeded in matching their watches perfectly to the taste of the Imperial Court, and became specialists in the so-called Chinese pocket watch. Edouard Bovet left London in 1818 for Canton, where he sold four pocket watches for 10,000 francs (the equivalent of one million francs today). It marked the beginning of a specialisation.

The Bovet brothers established a company dedicated to the sale in China of pocket watches manufactured in Fleurier. They acquired a form of monopoly in the 19th century, and their finely enamelled watches attracted the interest of Emperor Daoguang. Bovet’s headquarters in Fleurier was nicknamed the “Chinese Palace”!

Re-launched in 2001 by Pascal Raffy, and last year’s winner of the Aiguille d’Or at the GPHG, Bovet pays tribute to its long history in China through the special Amadeo Fleurier series “Chinese Dragon”, with a miniature-painted dial.

The fall of the Qing dynasty in 1912 was also the fall of imperial watchmaking and of the traditional Chinese calendar. It was followed by a period of unrest, the civil war and the Japanese invasion. It was not until 1955, after the victory of the Communist camp, that production of wristwatches began in China, under the impetus of Prime Minister Zhou Enlai, who wanted to create a national watch industry. It was from this first Chinese watch, the Wuxing model (Five Stars), that the startup Atelier Wen drew inspiration for its contemporary creations. The national watch company Seagull was established in 1958 in Tianjin.

The “Swiss watchmaking exception” will continue to require careful nurturing in China.

Among the first Swiss watch brands distributed in Communist China, from around 1959, were Titoni, Enicar, Roamer and Rado. All purchases were then centralised by Beijing. A transition period followed, during which China began to open up to the global marketplace, culminating in WTO membership in 2001. The first decade of the 2000s saw a real rush on China by most luxury groups, which continues today. However, it seems that the early bird gets the worm, and the groups that established themselves first on the Chinese market pulled ahead. In this respect, it is worth mentioning the early presence of the Swatch Group in China, particularly through its joint venture with Xinyu Hengdeli. Omega and Longines are among the leading brands on the Chinese market. 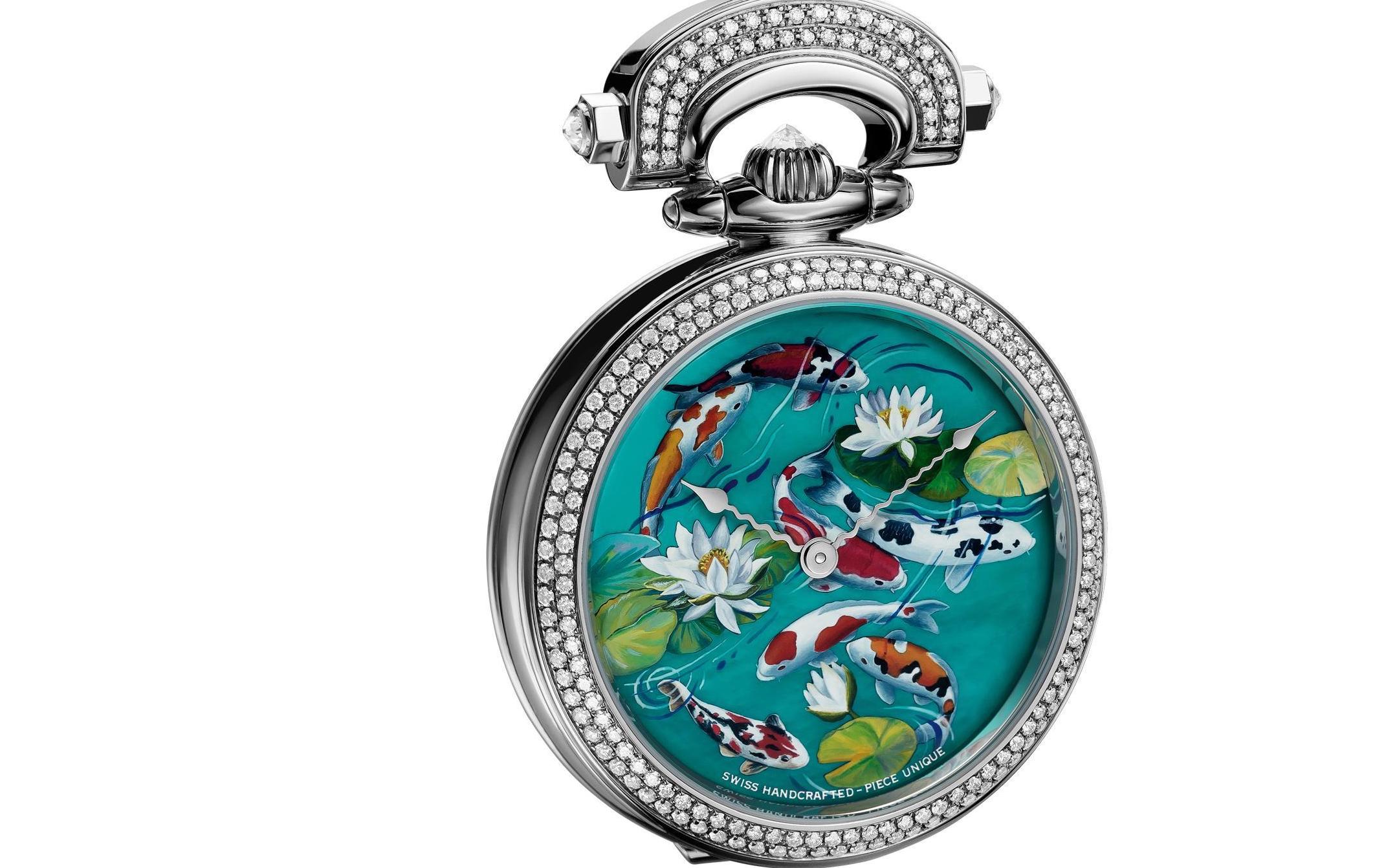 After 400 years of seduction, what comes next?

From the fascination of the Chinese Imperial Court for the chiming clocks of European missionaries to the proletariat’s enthusiasm for the “three things that turn” (bicycle, watch, sewing machine), over the course of more than 400 years, a unique interest has developed in China in the art of Western watchmaking. The new Chinese economic and political elites and the newly formed Chinese middle class, in search of strong status symbols since the country opened up to globalisation, fuelled the growth of the Swiss watch industry to double its size at the dawn of the new millennium.

The accelerated digitisation of the Chinese way of life, coupled with a strong consumerist appetite, is the dominant feature of the contemporary watchmaking market. With Western countries stagnating, and other promising economies having collapsed or failed to take off, Swiss watchmaking has become heavily dependent on Chinese buyers. This also exposes it to sharp declines when events stir up this very specific clientele, whether it is the anti-corruption campaign of 2015 or the current events in Hong Kong, the world’s largest watch hub.

Will the new Chinese generations, these digital natives who are the first to be born in a flourishing economy, remain fascinated by the beautiful but ancient art of watchmaking? The differentiating status of the Swiss watch is undoubtedly what creates its desirability today, with an ever-increasing push towards the top of the range. But the “Swiss watchmaking exception” will continue to require careful nurturing in China. 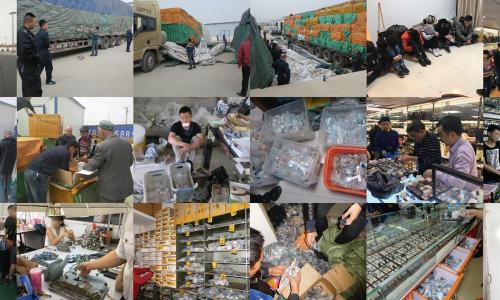 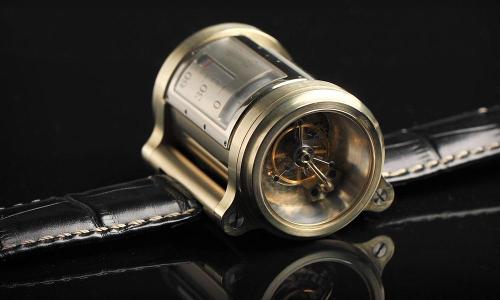 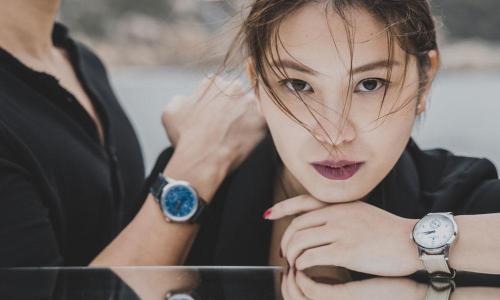 Some big names in luxury have already tried to launch Chinese avatars and had their noses bloodied. The obstacles are formidable. Startup Atelier Wen is (...) 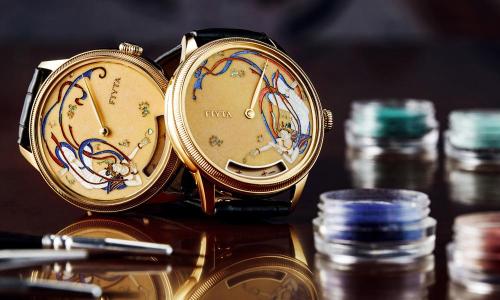 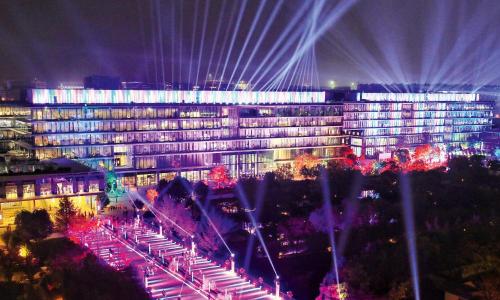 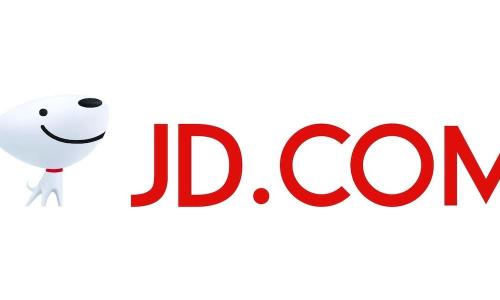 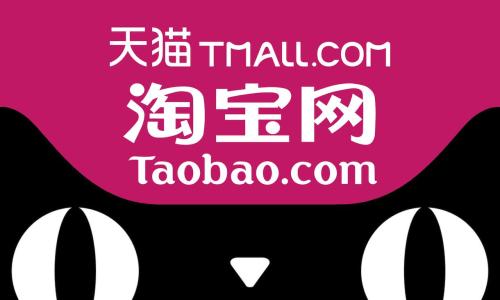 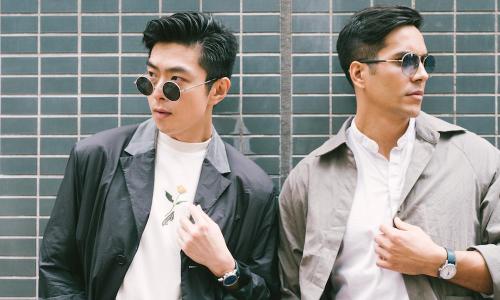 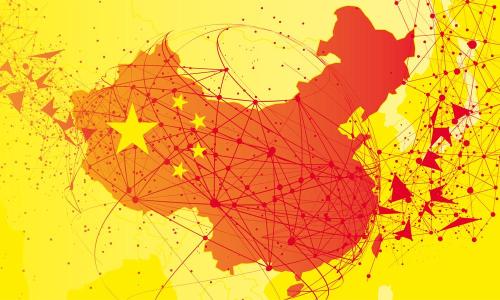 Often originating from Hong Kong, the continent’s watchmaking hub, giant groups have formed to organise the emergence of multiple points of sale in the (...) 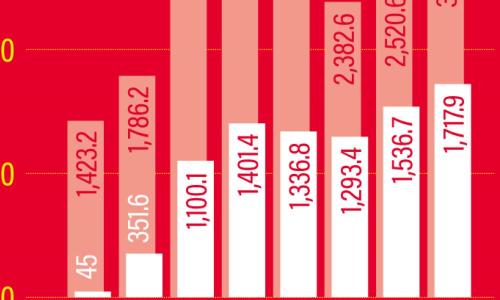 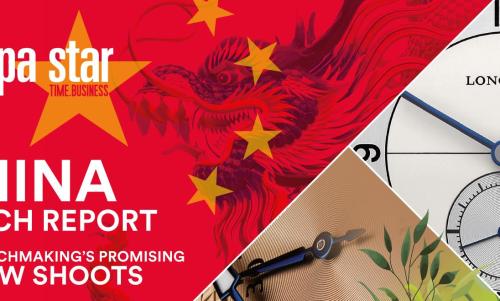 Titoni, the most Chinese of traditional Swiss (...)

TIME.BUSINESS No other Swiss watch brand has a history in China comparable to that of the independent family company Titoni. Having conquered the hearts and minds of (...)

TIME.KEEPER Symbolizing vitality and intelligence, the rat will take over from the pig at the Chinese New Year on January 20th 2020. Beyond the Zodiac signs, did you (...)

Report on unrest in Hong Kong

TIME.BUSINESS Since the beginning of the year, we’ve heard nothing but bad news from the watchmaking metropolis, the historic hub of Swiss watches in Asia. The trade (...)