The magnificent “serpent” designed by Japanese architect Shigeru Ban for Swatch took more than eight years to rise out of the ground and unfurl its coils in the town of Biel/Bienne. But this uncoiling comes at a time when sales of the watch that in its day “saved Swiss watchmaking” are taking a serious nose-dive. Will it help them level out?

The magnificent “serpent” designed by Japanese architect Shigeru Ban for Swatch took more than eight years to rise out of the ground and unfurl its coils in the town of Biel/Bienne. But this uncoiling comes at a time when sales of the watch that in its day “saved Swiss watchmaking” are taking a serious nose-dive. Will it help them level out?
T

he new Swatch headquarters is an outstanding building. At its inauguration, the Japanese architect Shigeru Ban, the recipient of the 2014 Pritzker Prize (the Nobel prize of architecture), emphasised his already long history with the Swatch Group, for which he designed the iconic building in Tokyo Ginza back in 2004, and the close collaboration that was crucial to the success of an edifice such as this. And you can well believe him, because the building – if you can call it such – is one of great beauty and offers an outstanding working environment while at the same time singling out Swatch’s “different” image. He encompassed the exterior and interior in a broad, reptilian shape, the head of which reposes on a second, lower building housing the Omega and Swatch museums. 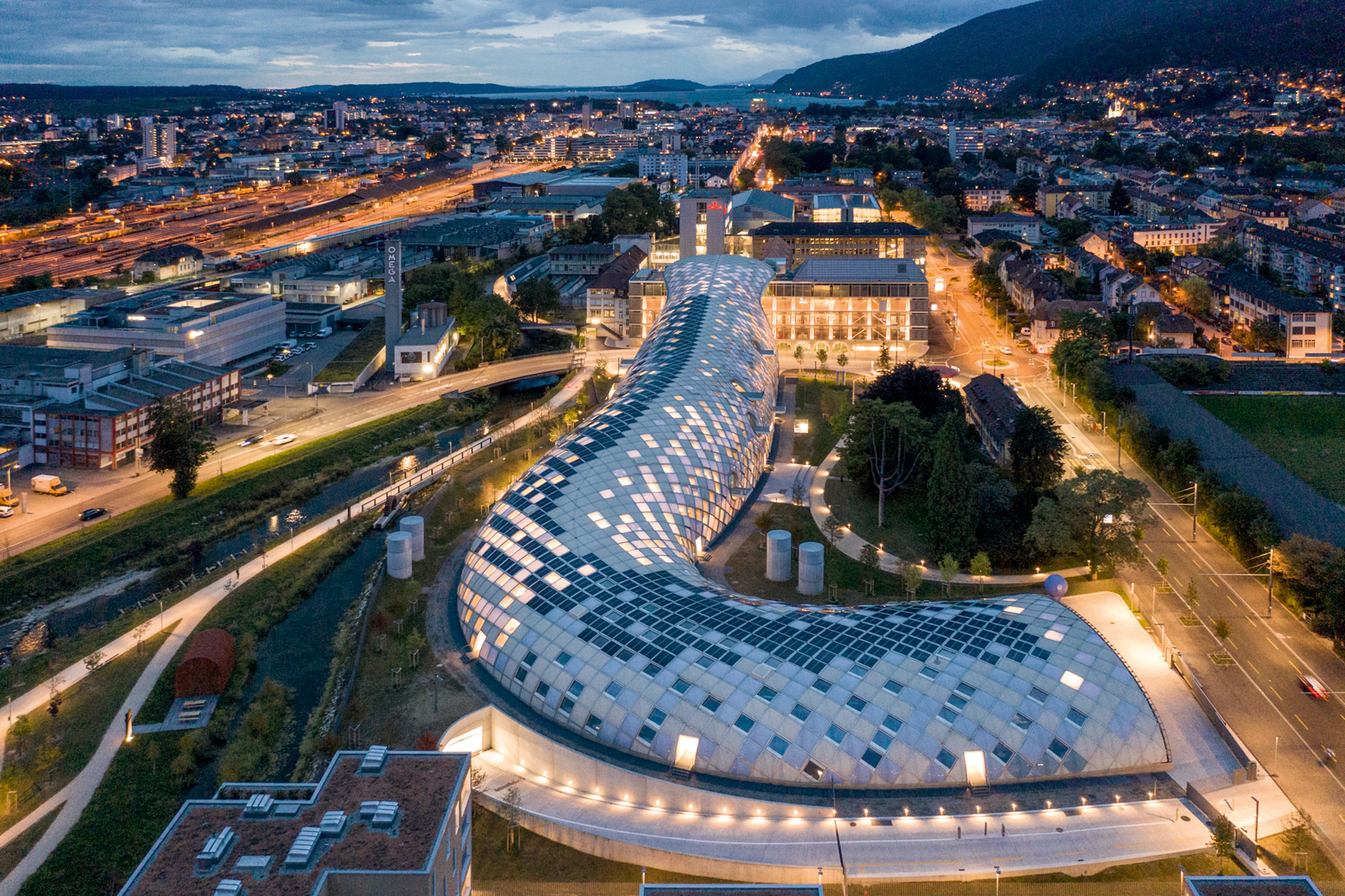 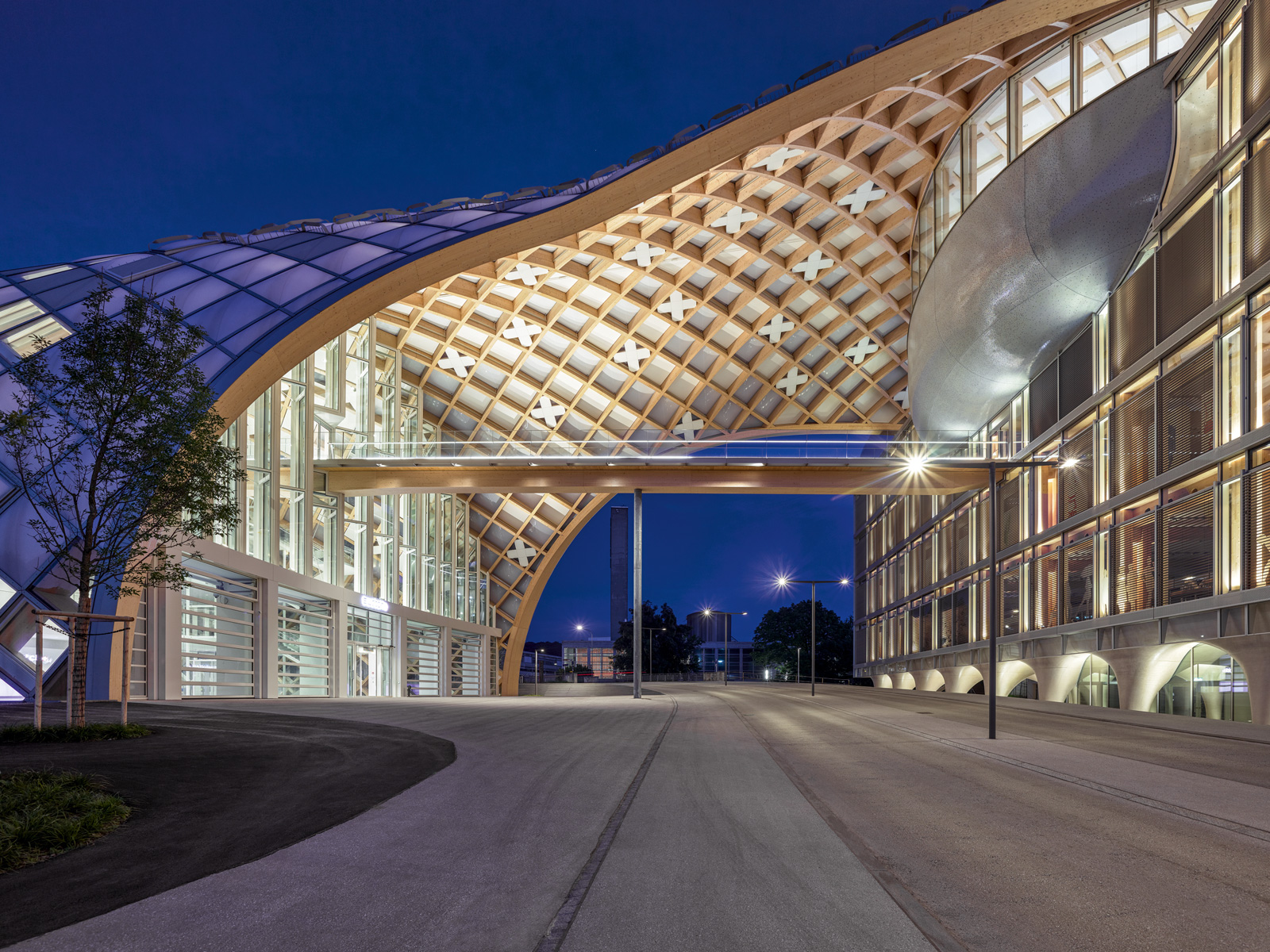 The architectural lines are woven into an organic whole. The 240m-long beast, which is 35 metres wide at its widest point, owes its undulating shape to a timber gridshell: a lattice composed of 4,600 beams, each precisely shaped and positioned, modelled one by one in 3D. Wood was chosen in preference to concrete or steel for numerous reasons – sustainability and ecology, phonic qualities, warmth, “Swissness” – but also because timber can be cut with extreme precision: despite its huge dimensions a structure like this has to be exact to the nearest millimetre.

"The serpent is a symbol of regeneration. Will this be enough to raise the Swatch? According to Radio Télévision Suisse, Swatch sold between three and seven million watches in 2018 (a wildly diverging figure), compared to 15-20 million at its peak." 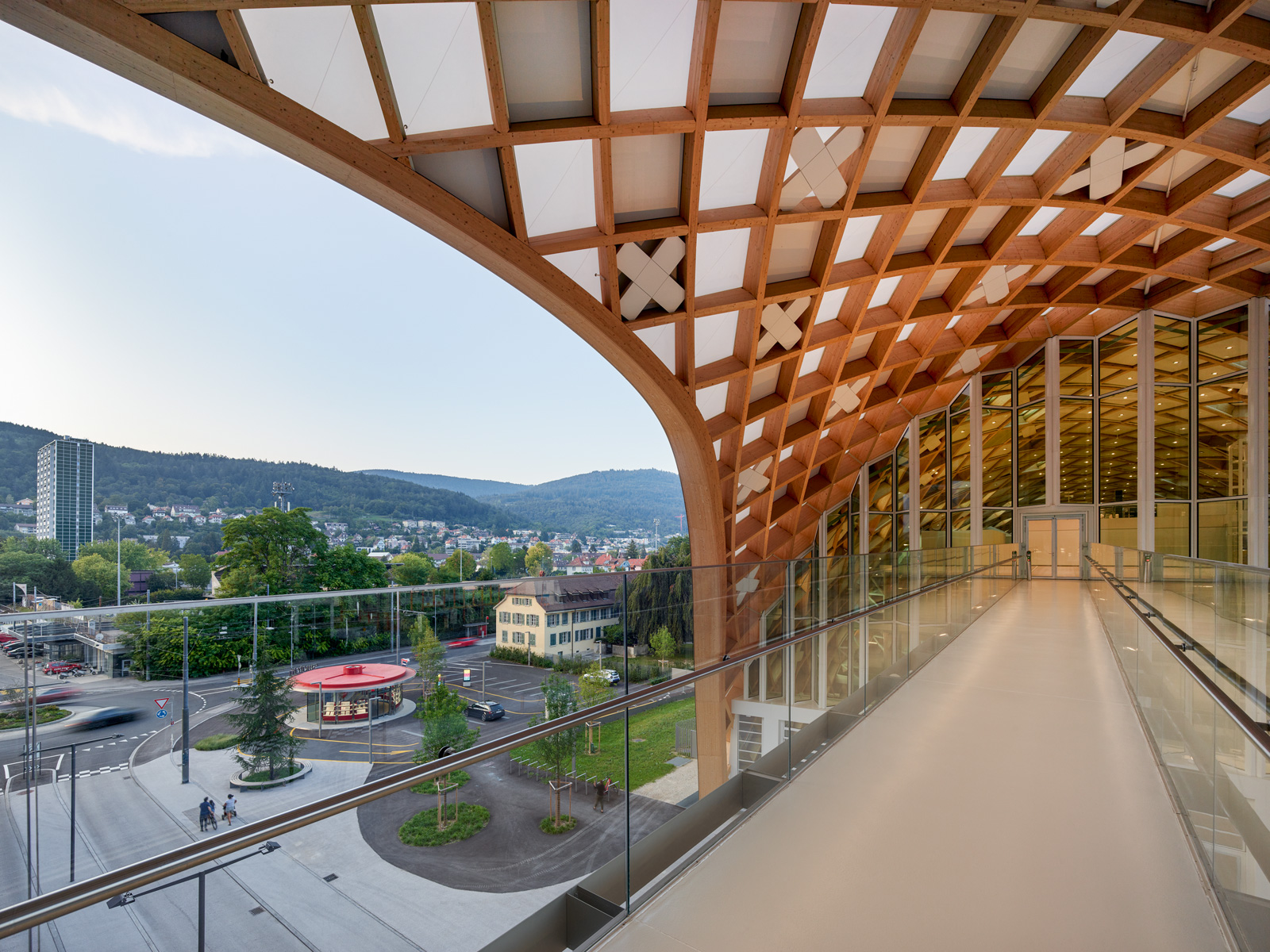 Most of the façade, again if we can call it such, of this singular but almost immediately familiar shape, is made up of 2,800 elements in a honeycomb arrangement, the opaque, translucent or transparent alveoli of which are reminiscent of the scaly skin of a mythical reptile. Some of these elements open (in case of smoke), while others are translucent and shaped like inflatable cushions, or are in transparent glass. Here and there a balcony projects through the skin (for smokers). 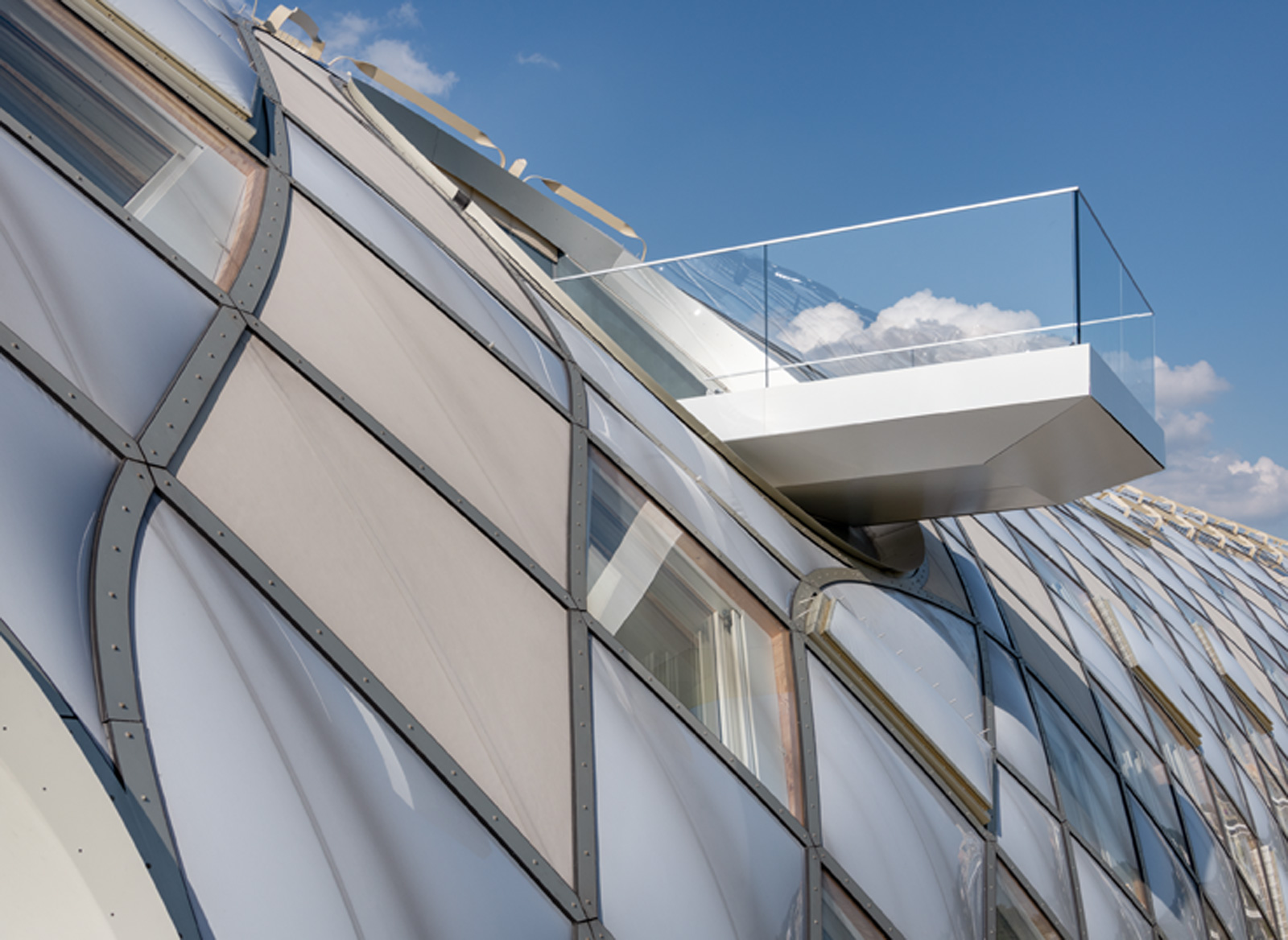 The interior, made up of several staggered floor plates, offers a view both soothing and vertiginous. You feel as if you’ve been absorbed by an immense, vast wooden cocoon. The open-plan offices, spread over four storeys covering 25,000m² with no solution to encourage con105 tinuity between the different creative, organisational, technical and logistical departments, offer huge but nevertheless warm and diverse workspaces. The acoustics, helped by the presence of wood, seem to be excellent and allow hushed discussions even in this wide open area. 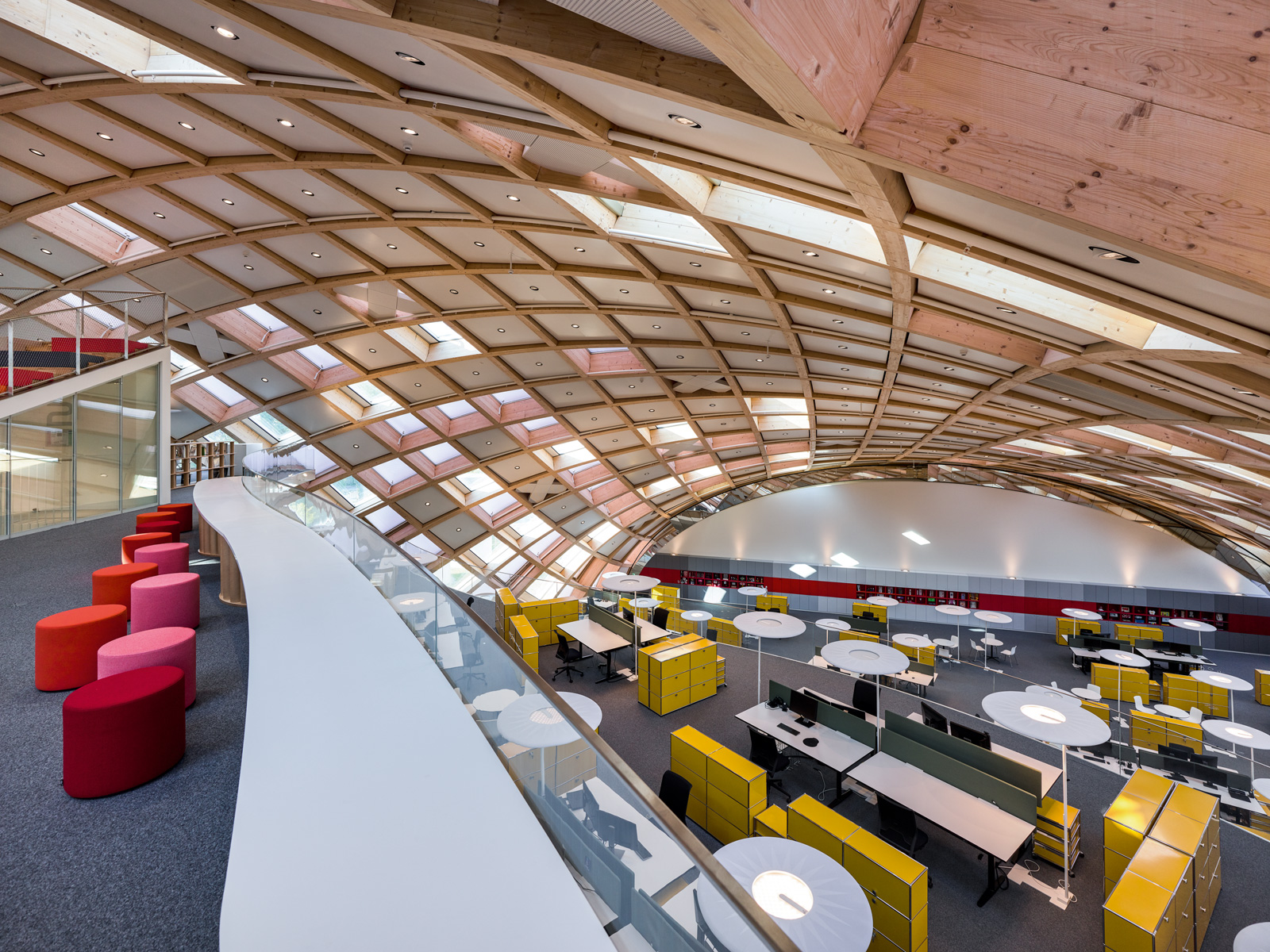 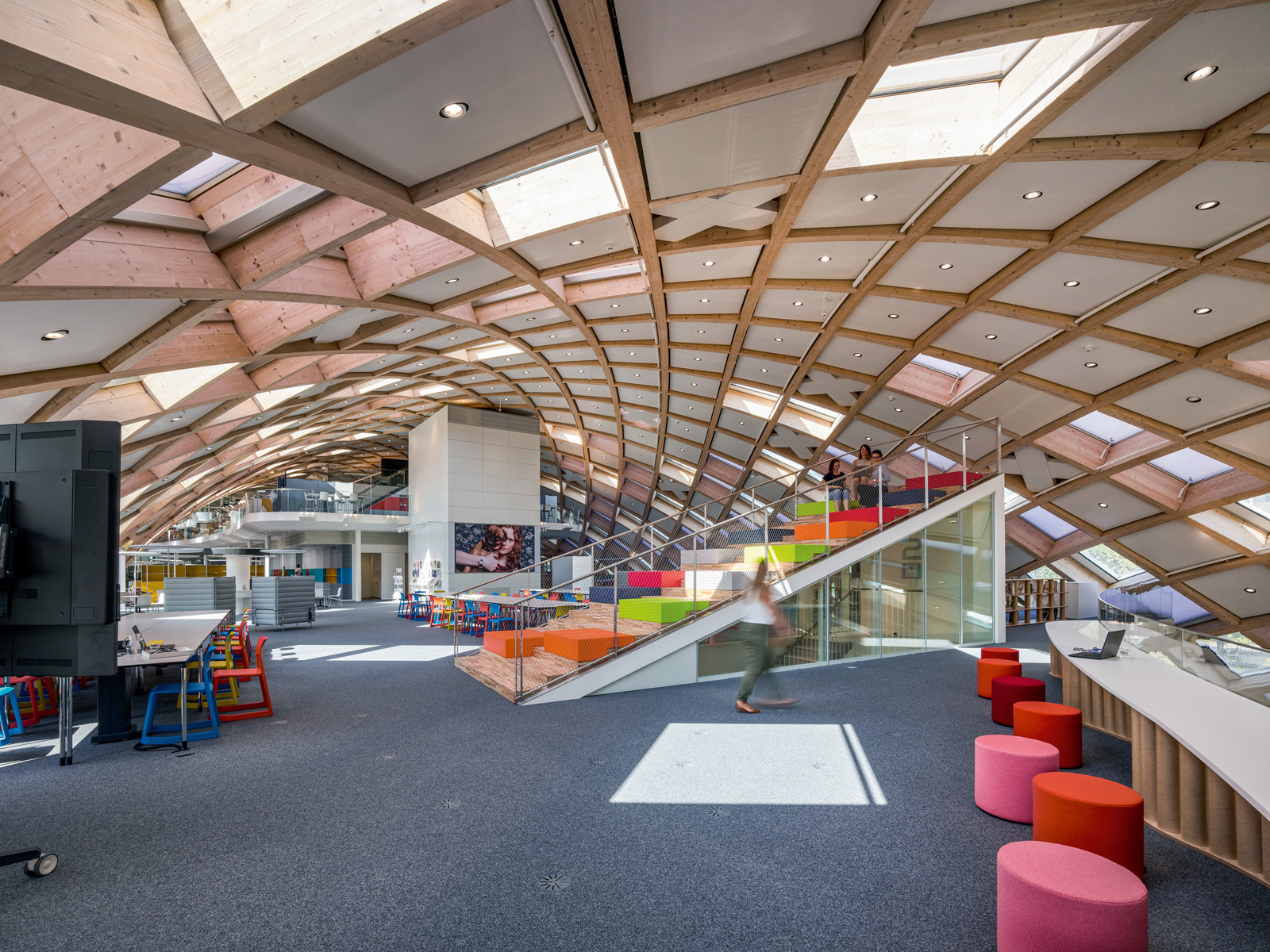 The serpent finally rests its head on another building, also designed by Shigeru Ban, the Cité du Temps. This houses the Omega museum on the first floor, the Swatch museum on the second, and the Nicolas G. Hayek Conference Hall on the fourth, an elliptically shaped room that can hold up to 400 people (“reserved exclusively for the Swatch Group”, states the official press release).

Irony would have it that this inauguration of a superb building, the construction of which was decided nearly ten years ago, comes at a time when Swatch is experiencing a serious downturn. At the time of the competition, won in 2011 shortly after the tsunami, as Shigeru Ban himself recalled, the Swatch Group was breaking all sales records, for the first time crossing the 7 billion Swiss francs mark – a rise of nearly 11 percent compared to the previous year.

That is no longer the case. Turnover for the first half of 2019 is down nearly 4 percent. As for Swatch itself, estimates vary, but all are pointing the same way. According to Radio Télévision Suisse, Swatch sold between three and seven million watches in 2018 (a wildly diverging figure), compared to 15-20 million at its peak. 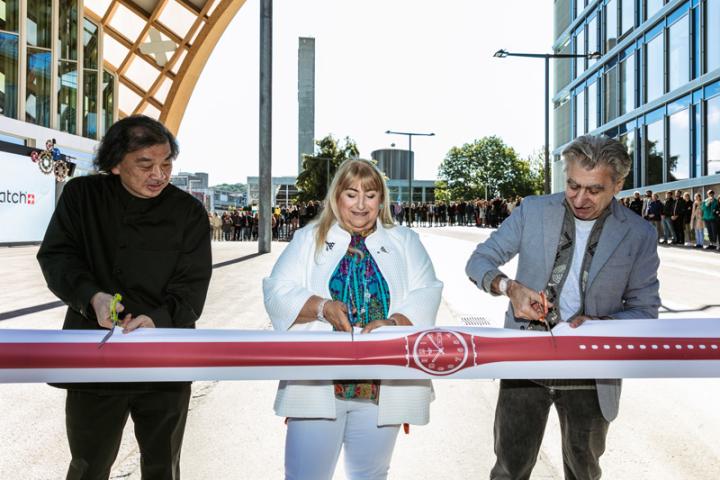 Nick Hayek himself acknowledges it: “The Swatch brand itself is not making brilliant profits. But within the Group, thanks to orders for micro-batteries and microprocessors for example, it’s generating profit at Renata and EM-Marin. If you consolidate all that, then yes, Swatch is profitable.”

Nick Hayek also cites various other factors contributing to the flagging enthusiasm for the impish entrylevel watch. He no longer dismisses with a wave of the hand the threat from smartwatches, which are slowly but very steadily gaining ground, noting in passing that Tissot will very shortly have connectivity, via an in-house OS. But he also mentions the breakdown of distribution, underscoring the fact that the Swatch has slid from 8,500 sales outlets worldwide in 2016 to under 5,000 today, and that e-commerce is not yet offsetting this nearly 40-percent loss in physical outlets. 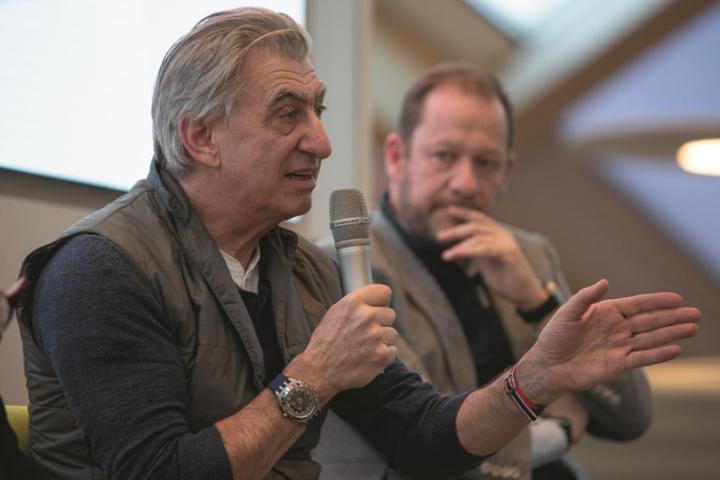 Nick Hayek during the launch of the Swatch Flymagic in February 2019.

Will the serpent bring luck to the little plastic watch? Will it help thrust it back into the limelight?

It is true that a building cannot do everything and is not enough to turn the tide. But, as we saw with the EPFL (École Polytechnique Fédérale de Lausanne), the Rolex Learning Center, itself a sort of “interior landscape” with organic shapes built by another Japanese firm (the SANAA agency) greatly contributed to bringing the school a higher level of international recognition. The serpent is a symbol of regeneration. The future will show us the extent of its powers. 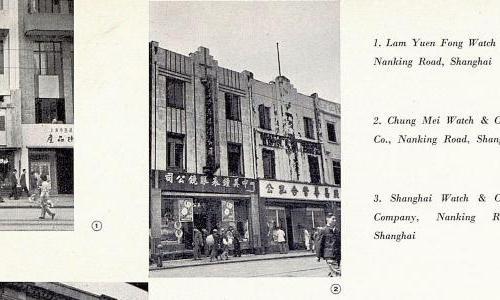 The Swatch Group’s beginnings in China

What lies behind the Swatch Group’s strong presence in the Chinese market? What were the main stages of its expansion in the country? The Europa Star (...) 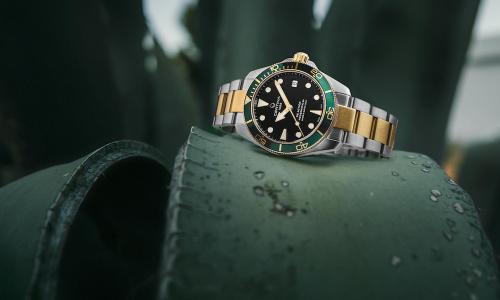 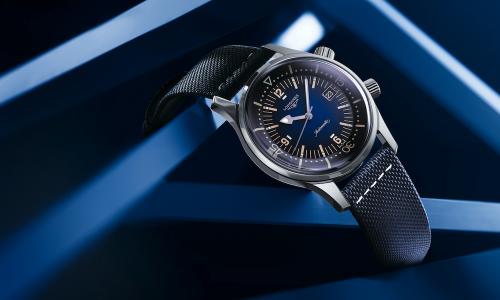 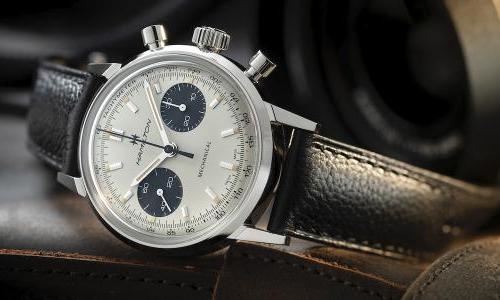