Acrotec is probably one of the most important players in the watch supply industry. Operating in the watchmaking, medtech and precision high-tech sectors, in 2019 this group of some twenty companies, currently employing 1,200 people, generated turnover of CHF 233 million with net profits of CHF 13.8 million, compared to 8.5 million in 2018. (Editor’s note: The Carlyle Group, the US private equity giant, announces that it has entered into an agreement to acquire Acrotec. The transaction is expected to be completed in the first quarter of 2021.)

Acrotec is probably one of the most important players in the watch supply industry. Operating in the watchmaking, medtech and precision high-tech sectors, in 2019 this group of some twenty companies, currently employing 1,200 people, generated turnover of CHF 233 million with net profits of CHF 13.8 million, compared to 8.5 million in 2018. (Editor’s note: The Carlyle Group, the US private equity giant, announces that it has entered into an agreement to acquire Acrotec. The transaction is expected to be completed in the first quarter of 2021.)
A

t the time of writing this article, we have just learned that the global investment company The Carlyle Group, based in Washington DC, had agreed to buy Acrotec, which supplies the watch and medical technology industries, from Castik Capital for an “undisclosed sum”.

Reuters reported last October that Castik Capital was readying Acrotec for a sale worth up to 950 million Swiss francs ($1.07 billion) including debt. Acrotec supplies high-precision industrial applications to the watchmaking and medtech industries, as well as to the electronics, aerospace and auto sectors. It employs around 1,200 people.

This partnership will “leverage Carlyle’s healthcare expertise and network, seeking to broaden Acrotec’s MedTech business with expansion into new services and geographies in Europe and in the United States”, Carlyle said.

Europa Star talked with François Billig, CEO of Acrotec (Editor’s note: prior to the announcement of the acquisition by The Carlyle Group).

François Billig: Yes, of course, we’re all experiencing a lack of visibility, an impression of volatility, a never-ending succession of ups and downs. And we’re seeing it in all our sectors of activity, even if things are a little better in the medtech sector. At least in the medical sector we know that as the pandemic gradually subsides, operations will resume and the market will follow almost automatically (Editor’s note: Acrotec is one of the largest European players in medical supplies, active in traumatology, ophthalmology, ENT, hospital equipment and micro-invasive surgery).

But where watchmaking is concerned, we’re still above the general curve. We’re fortunate enough to work in the top and medium ranges, so we’re not affected by competition from smartwatches. And we’re convinced that in those ranges mechanical watches will hold out in the long term, because watches have become purely emotional objects, a matter of status. They are also the sole male piece of jewellery.

Having said that, while the high end of the market is more resistant, we still need volumes. We’re interested in quantity. 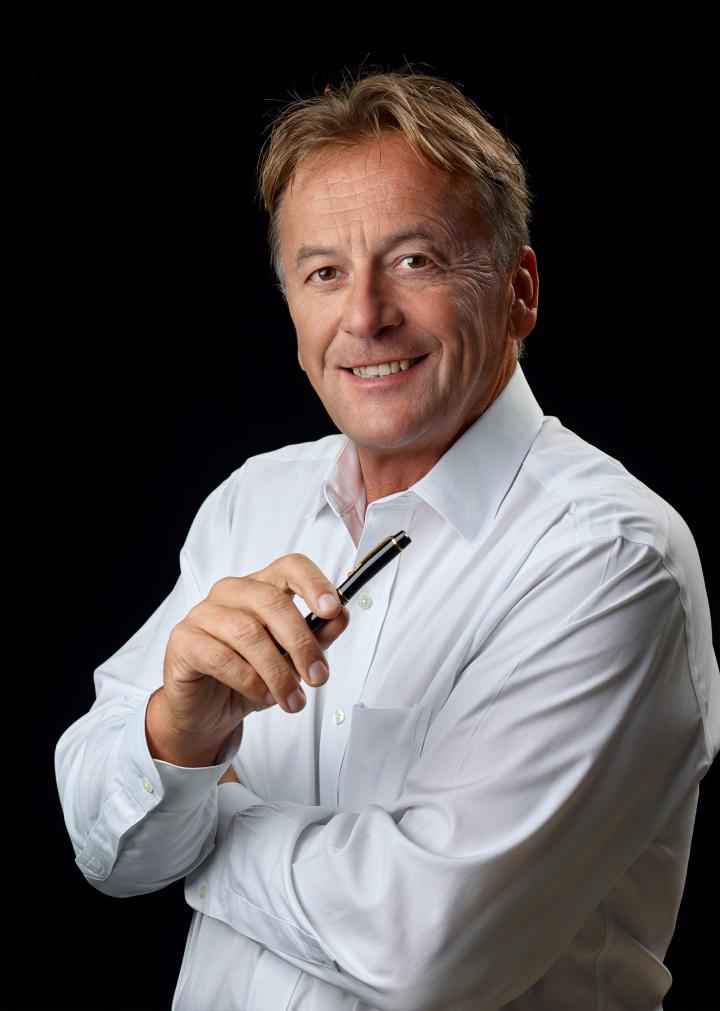 All those we’ve met also told us that the key to overcoming the crisis was innovation.

Not only are you preaching to the converted, but innovation is at the very core of our group’s legitimacy. It’s crucial to differentiate yourself from competitors through innovation, thanks to innovation. And that does not apply solely to the visible product. Crucially, it also applies to what’s behind the product. We’ve worked a lot on the processes of production. We research into and innovate in the production apparatus itself, in the machines, in order to go on improving quality and – very important – the repeatability of quality. In other words, quality over time.

During the first wave of Covid, we created a new entity: Acrotec R&D SA. It is already working on 15 innovative products, currently employs six people, and we’re looking to recruit another three engineers rapidly.

Does diversification, of which you are a striking example, seem to have become a necessity for most suppliers?

Our business, in terms of turnover, breaks down into 50% for watchmaking, 25% for medtech and 25% for precision high-tech, in the automotive, aviation and connectivity sectors. Our objective is to achieve a balance of one-third for each sector. But micro-mechanics remains the common denominator of all our lines of business. And there are numerous bridges between them. For example, in watchmaking we do a lot of work on the problem of friction in the context of low energy consumption. The same problems arise in medtech. Same line of business, different sectors. Another example of this reciprocity between sectors: titanium has been used in medtech for a long time. Then it started being used in watchmaking. Thanks to our experience, we already had the know-how to process this difficult material, which is complex to work with and highly inflammable. 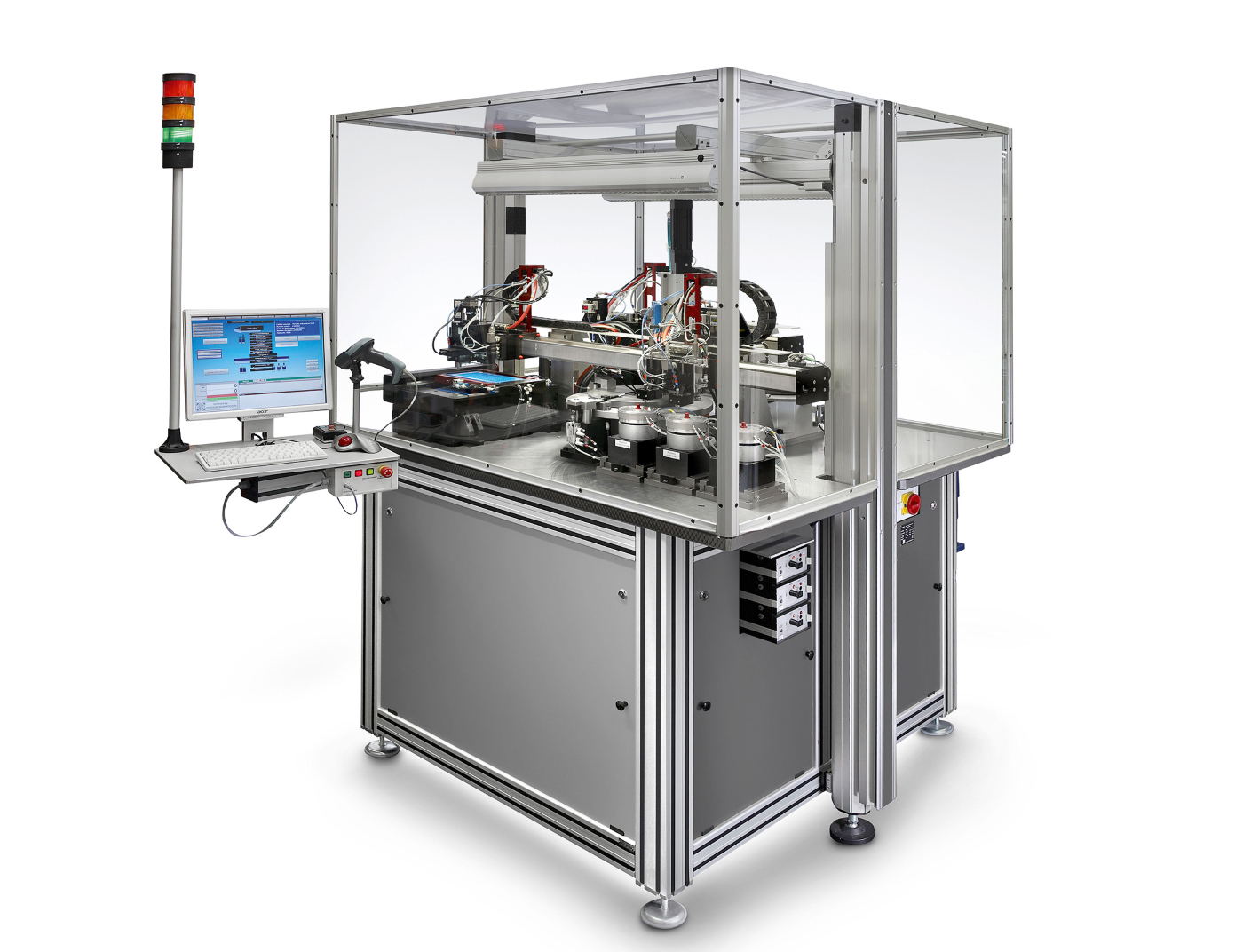 Acrotec is a rare example of vertical integration in the supply sector. Is that, or was that, a response to the verticalisation of the brands and groups?

The gradual verticalisation of our group is a response to strong customer demand. For reasons of simplification and rationalisation, more and more of our customers want kits, not separate components they have to assemble. They’re looking for suppliers who can respond to this demand as broadly as possible. The Acrotec Group came about to be able to offer all the components of a movement, including the trains, index assemblies, etc., in all materials and with the aid of different trades, processes and technologies. 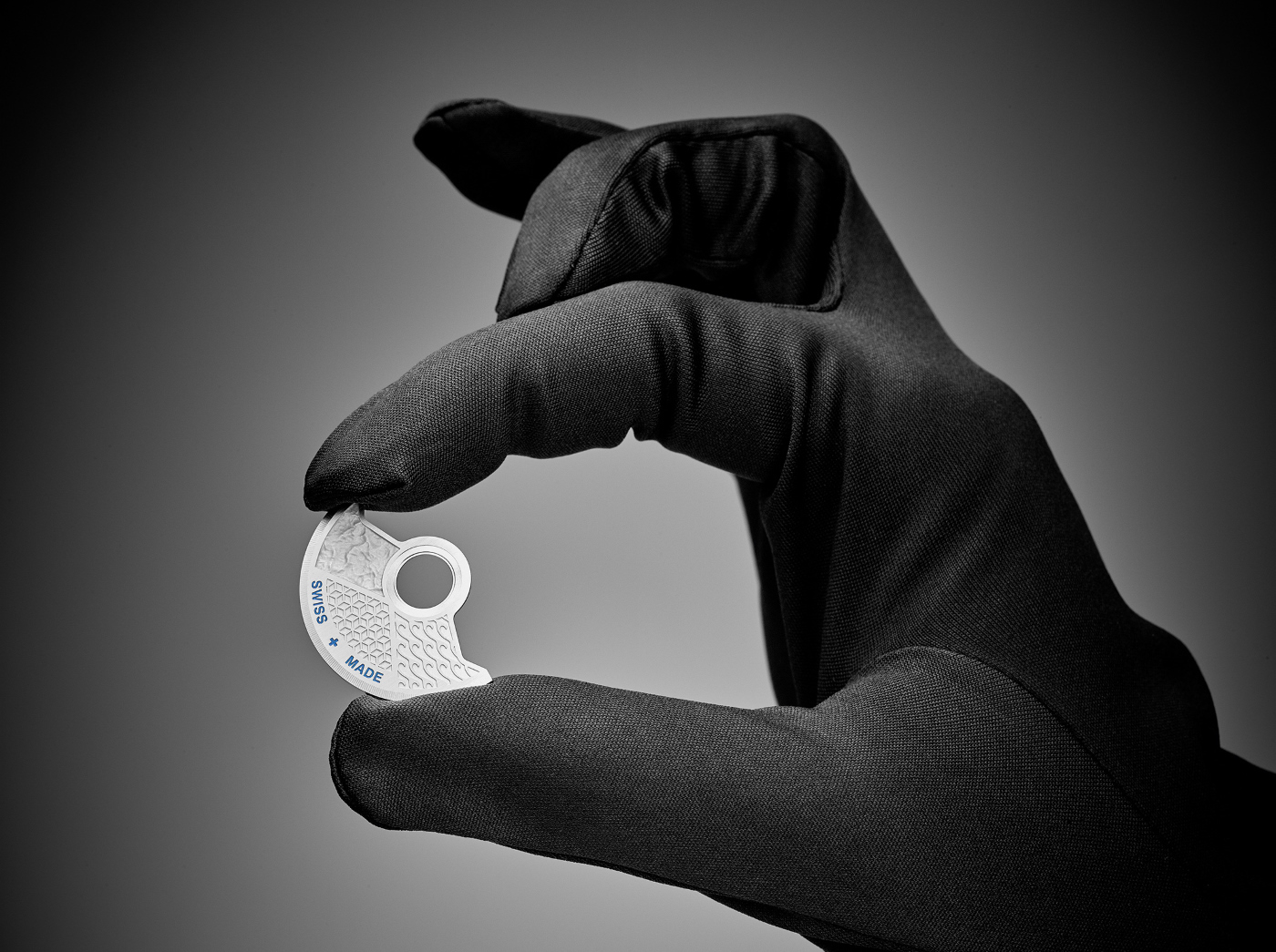 But Acrotec was built up in a very specific way, by bundling together companies that are still more or less independent...

I come from France, a highly centralised country. When I arrived in Switzerland, I realised the virtues of federalism. We practise structured decentralisation. All our companies, which are wholly owned subsidiaries, have retained an independent structure, which is crucial for maintaining their motivation. The group bundles together complementary areas of know-how and generates additional commercial and technical synergy. We don’t acquire new companies; they join us. The company heads must want to. We buy 100% of their shares, but they have to reinvest significantly in the holding company. We define ourselves as a group of entrepreneurs. They become stakeholders in the entity as a whole, participate and are involved in the decision-making, and that’s also a way of avoiding conflicts of interest.

That way, in most case you retain the historical managers of the companies that join you...

Yes, most of the management teams have been running their companies for more than 30 years and are either the founders or the descendants of the founding families. And so they are all deeply committed to developing their companies, whether large or small, and retaining their specialist knowhow. We’re going to continue this policy, but not with the aim of becoming hegemonic. We want to remain suppliers. In Watchmaking, we’re not seeking to increase our market share, but rather to extend our complementary skills, to federate talents to be able to serve our customers better. Moreover, we’re going to expand our business in the medtech sector.

In your view, are there already lessons to be learned from this crisis, which is not over yet and is certain to have long-term consequences?

Yes, the crisis has already taught us a lot. On the positive side, we’ve had confirmation that our customers are interested in long-term business relations. With most of them we already have a stable, durable relationship. And I’d like to publicly thank some of them here – they’ll know who they are – those who enquired about our personal health and that of the company, who paid their bills quickly and even paid for orders in advance.

They already stood by us in previous crises. This stability is also a matter of people. From that perspective, the dematerialisation caused by the pandemic makes this relational fabric even more precious.

That said, there are difficulties, greater or lesser depending on individual situations and positionings. What we’ve also seen is that stock market groups who fear for their share prices react more aggressively and send messages to the market that harm the suppliers.

The remedy is to stay closer than ever to the market, by constantly anticipating. You always have to listen, be agile – as all our subsidiaries are – able to respond to varying requirements and the constraints imposed by the customer. The upward path is tough and gradual, but falls often come sudden and fast. 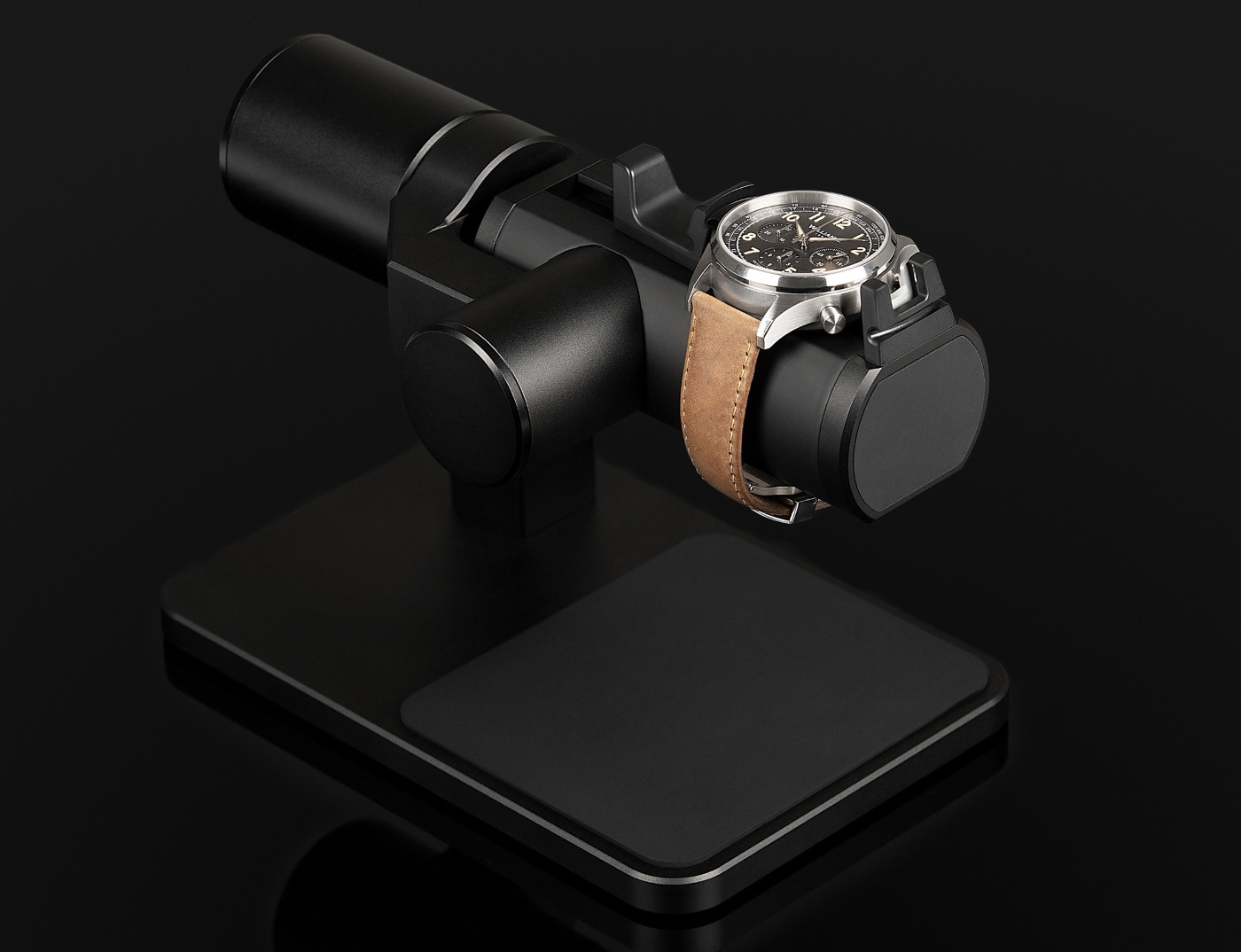 Historically, watchmakers test and regulate the chronometric precision of mechanical movements in six static positions in space – two horizontal and four vertical positions – to compensate for the effect of the earth’s gravity on the regulating organ.

But six static positions are no longer enough. Why? Because it is simply not representative of what happens when you wear a watch which, everyone knows, is subject to a dynamic, three-dimensional environment with complex and varied interferences. Accuracy Motion can be controlled without any backlash, not in six static positions but degree by degree in 32,400 positions (90° x 360°). The speed can also be regulated from one rotation per minute (measurement also being possible during rotation) to more than 15 rotations a minute.

These characteristics open up new perspectives for manufacturers who can create new test and control processes at will, thereby fostering optimal chronometric quality for their watches before they are put on the market.

The most demonstrative feature is no doubt the ability of the Accuracy Motion to faithfully reproduce, in real time or deferred, the actual positions of a smartwatch worn on the wrist during an activity. It’s a perfect demonstration of the use of a smartwatch at the service of the watchmaking industry. 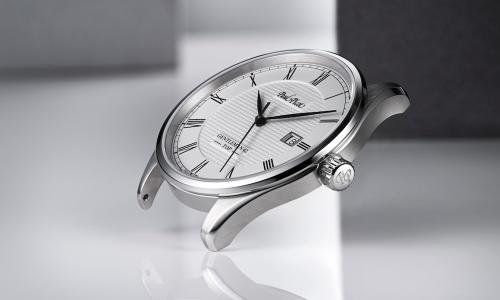 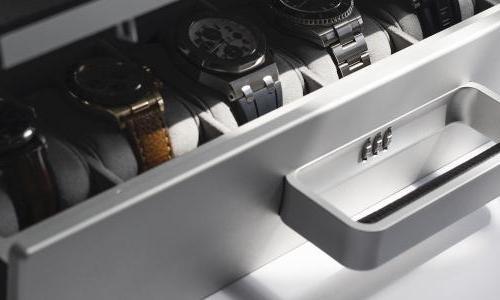 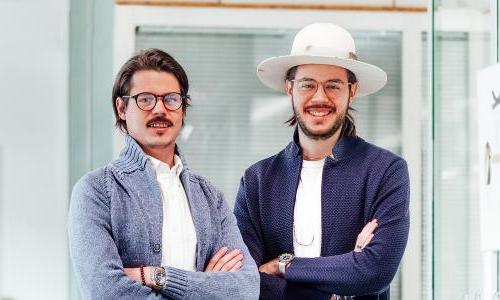 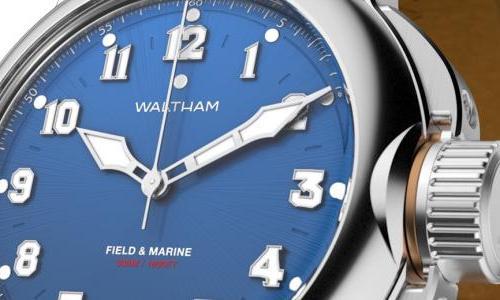