SIHH, the “Salon International de la Haute Horlogerie”, is changing its name to Watches & Wonders Geneva. What is behind this change? Even if the 2020 edition has been cancelled due to the coronavirus, it’s still worth understanding the underlying causes for this transformation. We talked (before the cancellation) with Fabienne Lupo, head of the Fondation de la Haute Horlogerie (FHH).

SIHH, the “Salon International de la Haute Horlogerie”, is changing its name to Watches & Wonders Geneva. What is behind this change? Even if the 2020 edition has been cancelled due to the coronavirus, it’s still worth understanding the underlying causes for this transformation. We talked (before the cancellation) with Fabienne Lupo, head of the Fondation de la Haute Horlogerie (FHH).
S

IHH, the Salon International de la Haute Horlogerie is changing its name to Watches & Wonders Geneva. What is behind this change? To understand exactly what is at stake here, Europa Star met Fabienne Lupo, head of the Fondation de la Haute Horlogerie (FHH) and in this capacity the organiser of the Geneva trade fair.

Europa Star: SIHH is changing its name to Watches & Wonders Geneva. What’s behind this change of name? Is it simply cosmetic?

Fabienne Lupo: Far from it. We’re changing everything: the name, of course, but also the dates, which are now in the spring, the whole formula, the content, the message. This name change reflects the consummation of a gradual transformation already begun in previous years. Essentially, it’s about being less “institutional”, less business-to-business, opening up to new target groups, offering experiences, talking to a broader audience than just the watch community itself.

The name itself, Watches & Wonders, evokes the wonder and beauty of the product, but also the know-how, the arts and crafts and the innovation that play an active role in that wonder. We’re still firmly anchored in the luxury watch segment, but less “enclosed”, so to speak. 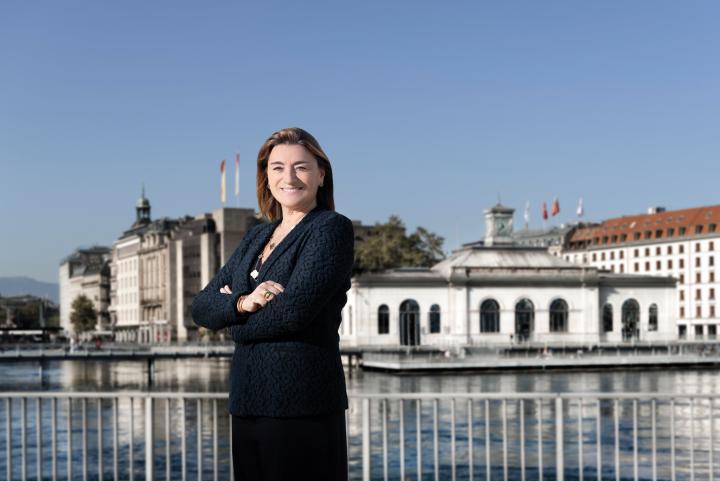 Was this opening-up you mention a necessity, was the old formula at risk of obsolescence?

Everywhere, in all sectors, the traditional trade show format is being challenged. Take the famous Geneva International Motor Show. Major names in the automotive industry are hesitating about attending, others have already quit. The same thing is happening in our watch industry. Behind these changes, there’s a question of cash, of direct profitability. The brands are looking for the formula that pays the most, fastest. All the brands think that with their own events they can invite whoever they like, however they like. Except that if everybody goes off and does their own thing, the situation will become unmanageable, both for their direct customers, retailers the world over, and for the media. Moreover, the departure of the brands is just a reflection of the current challenges facing distribution. The brands who are leaving the trade shows are those who are giving up multi-brand distribution to focus solely on distribution in their own name. And that’s bad news for the watch industry in general.

“What will happen once the whole market is scattered? We’ll reinvent trade shows!”

What will happen once the whole market is scattered? We’ll reinvent trade shows! Because these get-togethers by a whole community at fixed dates are and always will be necessary and irreplaceable.

And then it’s also a question of environmental responsibility. These are the issues that prompted us to bring our dates closer to those of Baselworld: not only to make life easier for everybody, to be a forum for everyone, but also to halve the carbon footprint.

What actual changes are you introducing to meet these challenges?

Our new formula combines the best of all worlds, in a way. It addresses simultaneously the retailers, the press in the widest possible sense – that is, the traditional press, but also the new, online press, the major communications channels, TV channels – the end customers, major collectors, new customers, prospects and, lastly, the general public.

We aim to respond to all these diverse targets with one, broad format, but by circumscribing the different perimeters: on the one hand there’s the trade show itself reserved for trade visitors, qualified non-trade visitors and the press, and on the other a real, first-ever, popular watch festival offering a series of events, exhibitions and encounters in the city of Geneva, aimed at new customers and the general public. We want to reach out to them, not the other way round. The trade show is the highlight, but complementary to that, we aim to return watchmaking to the best of itself, in the heart of the city. Reaching out to the public is also a way of paying tribute to Geneva, the capital and birthplace of watchmaking, something that hasn’t happened before. And we believe that this public watchmaking week, Watches & Wonders in the City, is set to grow.

In concrete terms, what will the new Watches & Wonders offer that the old SIHH didn’t?

At the trade show itself, we will be devoting our attention to the retailers, journalists and customers, as always. We give them a chance to really explore the show by offering various kinds of accompaniment. There’s the LIVE, in a huge auditorium where the brands can hold their most important launches, grand premieres and global announcements. There’s KEYNOTES, in which personalities of all kinds – millennials, experts in new technologies, analysts, etc. – outside watchmaking but with strong links to it, come to set out their ideas. There’s also the LAB, which was a huge success last year and which we’re stepping up this year. That’s a place where we present the latest innovation and research from R&D, the most promising customer experiences and augmented craftsmanship.

The idea is also to demonstrate how technology is a means of assisting and supporting the development of the brands and of high-end watchmaking in general. It’s also a question of talking about watchmaking in a different way. By showing its modernity. That’s why, in collaboration with EPFL in Lausanne, one of the most important technological universities in the world, we’ll also be presenting numerous projects by start-ups.

As for the brands, every stand has to be an experience in itself, a place for meeting, discovering, emulating. And all that on a scale that only a trade show can achieve.

And what about the “In the City” programme? Is it part of the same ambition?

Watches & Wonders In the City is meant to be a celebration of watchmaking, rolled out through the entire city of Geneva. The aim is to reposition Geneva as the number one watchmaking capital, a destination for watch aficionados. To show the know-how that’s concentrated there, its historical heritage, the richness of its watchmaking culture and the diversity of its offering. And we’ll do all that during the course of a real tour of discovery for the public at large, with exhibitions, retrospectives, immersive experiences, mechanical watchmaking initiation workshops, live demonstrations of the decorative arts in watchmaking, conferences/ panel discussions, meetings with watchmaking industry players, visits to workshops and manufactures, events and activities in the shops. In short, a rich and varied programme open to everyone, which you can find on the Watches & Wonders Geneva site and smartphone app.

This festival is for everyone. The idea is to put watchmaking at the centre of the “village”, which is now global, for everyone.

A new kind of trade show?

It’s a necessity. Watchmaking, which is facing so many questions, has to come down from its ivory tower. It has to open up to the city, to the public at large, and also show in concrete terms what it actually means and involves today to make high-end watches. The sum of the skills that it represents, the richness of the watchmaking culture, the excellence, the arts and crafts, the number of jobs. To show that “wonders” don’t come from nowhere. 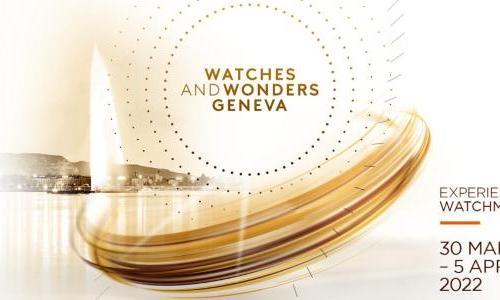 Watches and Wonders Geneva 2022 unveils its list of exhibitors

After two entirely digital editions, the key watchmaking industry event is confirmed to take place in Geneva both in a physical format – in the halls of (...) 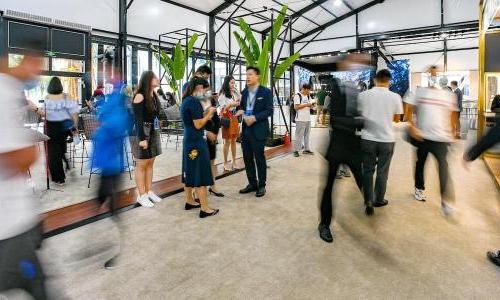 Watches and Wonders to exhibit in Hainan for three months 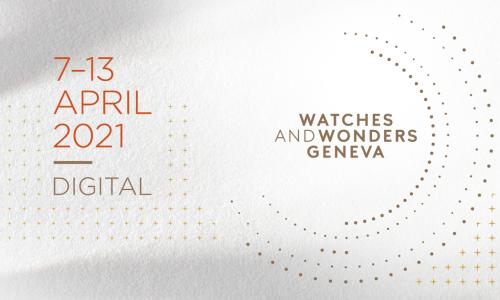 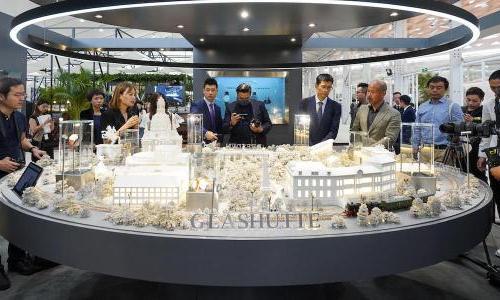