New virtual currencies like the famous bitcoin are just early arrivals in a new digital revolution, the blockchain. The first timepieces inspired by this new world have been launched by Hublot, Gvchiani and Chronoswiss. All can be purchased with... bitcoins of course!

New virtual currencies like the famous bitcoin are just early arrivals in a new digital revolution, the blockchain. The first timepieces inspired by this new world have been launched by Hublot, Gvchiani and Chronoswiss. All can be purchased with... bitcoins of course!
T

his is a new stage in the digital revolution: the one that should finally set us free from human intermediaries in our daily transactions. What if currencies, private data and trade exchanges could be secured in a fully encrypted and decentralised space, with information so split up that it becomes forgery-proof?

This is the promise of the “blockchain”, the new gold standard of the fourth industrial revolution. The latter is a form of digital disruption whereby intermediaries are gradually disappearing and a Business to Consumer world is being created click by click (with Consumer to Consumer being gradually brought back into line), free of any “friction” between the provider of a service or product and its receiver – an area which watch retailers know only too well…

The blockchain is also a real revolution in contemporary dogma, thus achieving the libertarian dream of creating a system that is both confidential at the micro level (ensuring individual anonymity) and transparent at the macro level (with all transactions traceable)... Today, individuals can lack privacy, notably when they (voluntarily) display their private lives on social networks. However, companies, banking institutions and states can still keep their activities confidential (but for how long will this remain the case?). In future, will we be spying on the NSA instead of the other way around?

We are increasingly moving towards a Business to Consumer world (with Consumer to Consumer being gradually brought back into line), free of any “friction” between the provider of a service or product and its receiver – an area which watch retailers know only too well…

The most famous symbol of the digital revolution is the “bitcoin”, an evolving blockchain cryptocurrency introduced in 2009 which experienced a speculative surge last December taking it to a unit value close to 20,000 dollars... The mysterious “inventor” of bitcoin and the first “block chain” calls himself Satoshi Nakamoto, but he is probably a kind of figurehead representing an individual or group. Every bitcoin holder stores their currency with a code in a digital wallet. It’s important not to lose or have your account key stolen, because no insurance is going to come to the rescue! 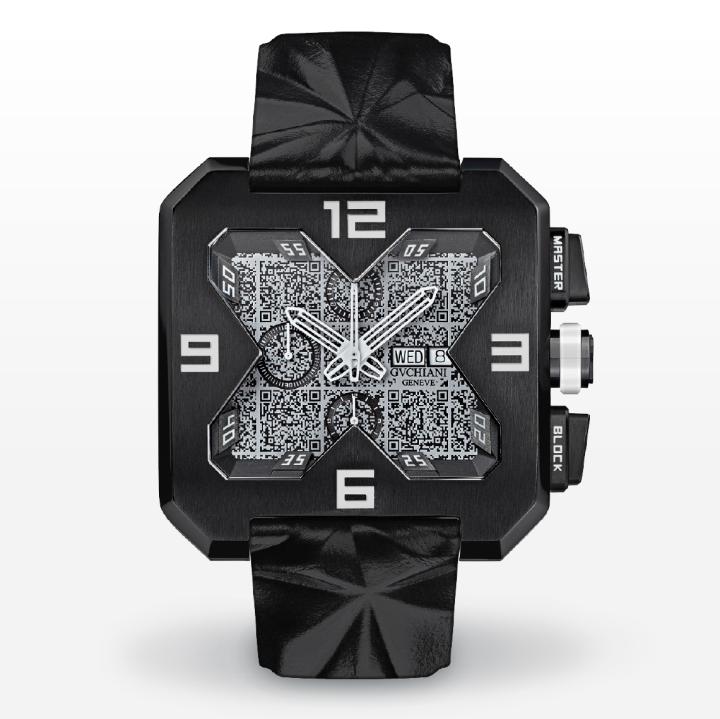 The MasterBlock by Gvchiani, a timepiece certified in the blockchain

The virtual currency remains controversial and is accused by many economists (and even by the “Wolf of Wall Street”, Jordan Belfort) of being something of a speculative gamble, creating a bubble that is always on the edge of bursting. Like the dark web, it is also criticised for being used for illicit activities in places where the state cannot easily watch. In addition, several cryptocurrency thefts have been recorded, with the Pirate Party’s favourite currency itself being pirated on occasion. With anxious banking institutions at the helm, a counter-revolution is now underway against this process that challenges how our monetary, commercial and economic systems function…

A system that is both confidential at the individual level and transparent at the macro level. In future, will we be spying on the NSA instead of the other way around?

An end to corruption?

Nevertheless, bitcoin has become popular since its surge widely reported in the media last year and interest in the blockchain has also percolated beyond “insider” circles. For example, there are promises of encrypted personal medical information in the blockchain that could make it possible to standardise the world’s medical systems. As things stand, it is not even possible to issue a prescription in Switzerland that would be recognised in the United States. Another dream is to end corruption via trade exchanges that would be both transparent and forgery-proof. A good summary of the issues at stake can be read here and here.

The main aim of the blockchain, a globalist tool par excellence, is therefore to remove all intermediaries from transactions, which will in future be performed directly and instantaneously via decentralised, encrypted and secure networks. For onlookers, this new digital revolution veers between promising a “smoother” and “more efficient” world thanks to digital networks and suggesting a frightening dehumanisation process that could be straight out of an episode of the futuristic Netflix series “Black Mirror”*. In this new world without a controlling body or public authority serving as an intermediary, can we avoid both anarchy and reducing human beings to their functional value? These are huge questions...

This new digital revolution veers between promising a “smoother” and “more efficient” world thanks to digital networks and suggesting a frightening dehumanisation process that could be straight out of an episode of the futuristic Netflix series “Black Mirror”.

The blockchain-certified watches of Gvchiani

Now to return to watchmaking!

We have seen some online resellers (usually quite far from official and authorized distribution channels) start accepting bitcoins and other cryptocurrencies a payment for watches.

Most importantly, blockchain is taking its first steps in the sector with manufacturers. Setting specialist Shant Ghouchian, who founded his own watch brand Gvchiani a few years ago, has just joined forces with Cryptolex to launch a certified watch in the blockchain, which he has called the “MasterBlock”. This mechanical timepiece is protected by a certificate linked to the blockchain and issued by Cryptolex, thus making it “forgery-proof”. 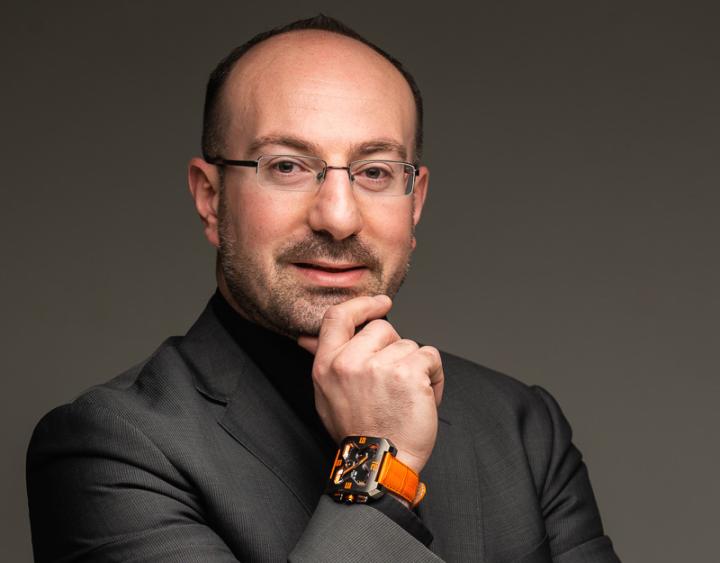 Each numbered MasterBlock will have its own blockchain address. The first edition is limited to 2010 timepieces from numbers 0000 to 2009, the year the bitcoin was launched. 2008 pieces will be sold on www.masterblock.ch and two customisable pieces will be auctioned: the 0000, named “Genesis”, and the 2009, named “Satoshi” in homage to the bitcoin creator. Each MasterBlock watch’s unique blockchain address is inscribed on its dial.

How exactly is a watchmaking “block chain” created? Every numbered MasterBlock watch is linked to the timepiece with the previous number. Each production stage is “engraved” into the blockchain, meaning that the full history of the watches can be traced. Indeed, the blockchain provides both confidentiality by protecting watches from forgery, and transparency for the products integrated into the network...

“The future is about seeing watchmaking develop in the blockchain!”

The watches themselves are worth 16,500 Swiss francs (or two bitcoins at the current rate...). They have a rather unusual design which stands out in the crypto-world, with the large X characteristic of Gvchiani on the casing which “opens” onto the dial! The watchmaker has integrated several references to the blockchain, such as a DLC titanium “block”, a leather strap representing a decentralised network and the X line which in this context could be seen as evoking the bitcoin monetary code (XBT). As you might expect, payment can be made in bitcoin or in another lesser-known exchange protocol called the “Ethereum”.

“The future is about seeing watchmaking develop in the blockchain,” exclaims Shant Ghouchian, the creator of the MasterBlock.

The crypto-design watches of Chronoswiss

Another watchmaker launched a series of watches inspired by cryptocurrencies: Chronoswiss joined forces with Tech Bureau Europe to create five “crypto-design watches”, that have been manufactured in a limited edition of 101 pieces each. They are available exclusively via the cryptocurrency exchange platform Zaif (see here).

“Cryptocurrencies and blockchain technology are a dazzling aspect of our future. With its homage to cryptocurrencies, Chronoswiss links the roots of traditional watchmaking with the digital revolution of new world currencies,” said Oliver Ebstein, owner and CEO of Chronoswiss. 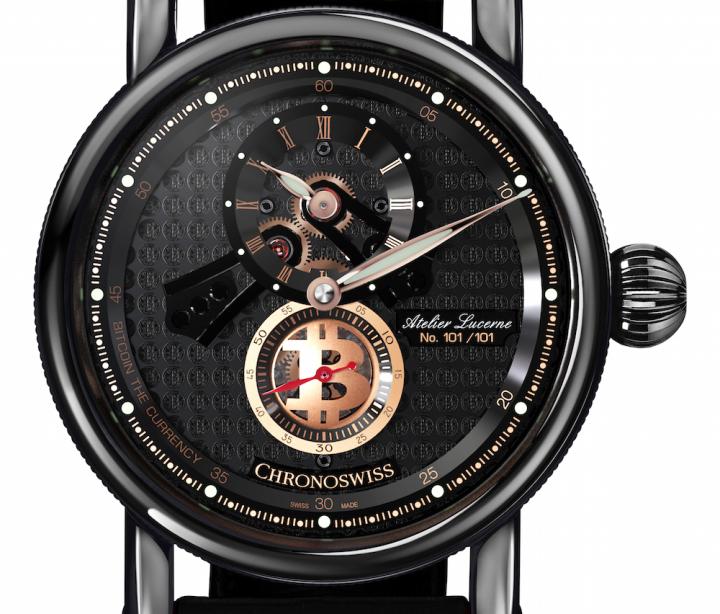 Two features link more precisely the watches to the blockchain: their design is directly inspired by cryptocurrencies and they can be acquired with the likes of the bitcoin. First series have been sold through online auction last April. The names of the series, all based on the Flying Regulator Open Gear? “Bitcoin”, “NEM”, “Ethereum”, “Zaif”, “COMSA”. Among their features, the logo of each crypto-currency is skeletonized in the small seconds and in the logo print on the dial.

With Hublot, will blockchain become mainstream in the watch industry?

As watch labels are subject to heated debate with watch authenticity and traceability constantly questioned, and watchmaking e-commerce has only just begun to emerge (and is already considered by blockchain experts as part of the “old world”), this first foray of watchmaking into this futuristic network offers some radical but very interesting prospects. We are required to totally rethink watch production, certification and distribution. 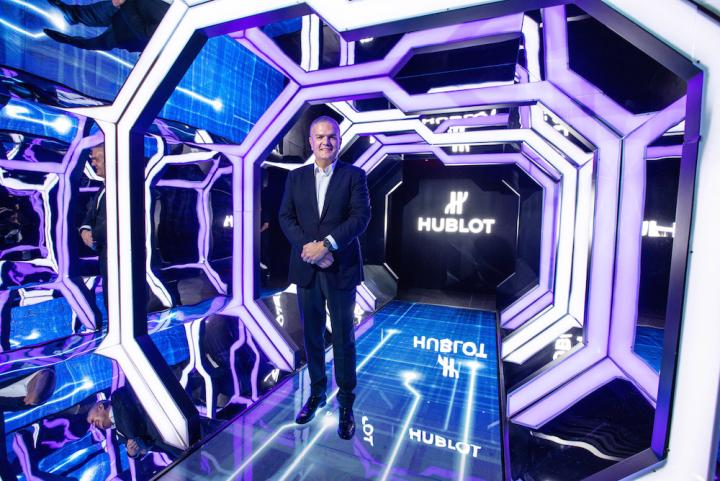 Ricardo Guadalupe, the CEO of Hublot, at the launch of the Big Bang Meca-10 P2P

A bigger watch player has now entered the realm of the bitcoin: a brand aiming at breaking the traditional codes of the industry since in its inception, Hublot has quite naturally taken up this topic on the occasion of the tenth anniversary of the virtual money. Its new watch, the Big Bang Meca-10 P2P, is a limited series of 210 models designed to pay homage to the cryptocurrency, with a few hints of the celebration such as a ten-day power reserve or a patterned bracelet recalling the interconnections of the blockchain.

Most importantly, the Nyon-based manufacture has partnered with Asia’s leading digital asset broker, OS Limited, to process payment for this model, which can only be acquired online by using bitcoins. This cryptocurrency has already gone from a somewhat crazy virtual fantasy to a reality with elusive consequences. It is now entering the watchmaking industry, through a major player. Tomorrow, it could become commonplace as a means of payment, for better or for worse. 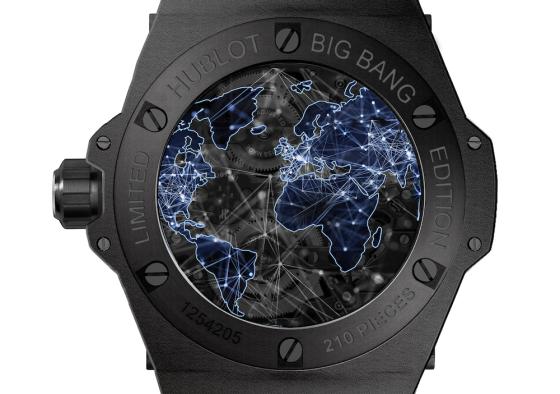 Our planet is experiencing digital globalisation and things are ticking along faster than they are in the Swiss watchmaking industry. If virtual currencies (and more broadly blockchain technology) are to convince on a larger scale and succeed in dispelling people’s many doubts, then it will open up a whole new chapter in history... and in watchmaking! 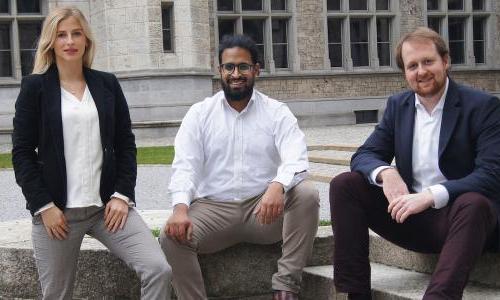 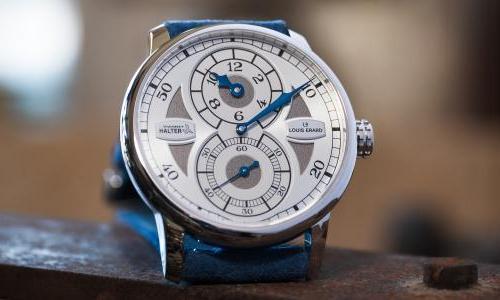 The new loyalty programme, designed in cooperation between Louis Erard and Qiibee, comes with an ad hoc branded web application, for all fans to track (...) 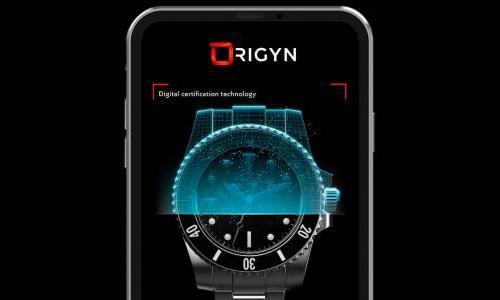 To replace the traditional authenticity papers, Origyn, a new Swiss foundation, is offering biometric recognition of watches by means of a simple (...) 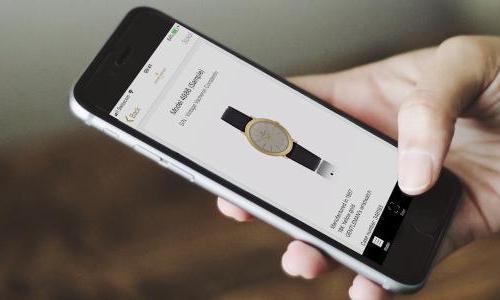