Not content with bringing a new cachet to affordable watches with its C1 Bel Canto boasting a Sonnerie au Passage complication, Christopher Ward’s Chief Executive Mike France says he wants to own the accessible premium category.

hen Christopher Ward released the C1 Bel Canto on 1st November 2022, the independent brand set the collecting world alight. Within seven hours, all 300 of the limited-edition, blue-dialed mechanical timepieces had sold out. As demand continued to soar, the brand took the decision to immediately bring forward the follow-up green version, originally slated for release in March 2023. This second limited run of 300 was spoken for within two hours. “We’d had some fast responses but that was unprecedented,” says CEO Mike France.

To top it off, the Bel Canto has a long waiting list, according to France. Many thousands have registered their interest to own this model showcasing a sophisticated, dial-side Sonnerie au Passage chime - a ‘forgotten’ complication recalling traditional clock making from a bygone era. It is a feature rarely seen in a watch costing less than five or even six figures. Not only has Christopher Ward created one of the most affordable Swiss mechanical chiming watches, but the strikingly modern expression has also garnered it great critical acclaim.

Within seven hours, all 300 of the limited-edition, blue-dialed mechanical C1 Bel Canto had sold out last November. 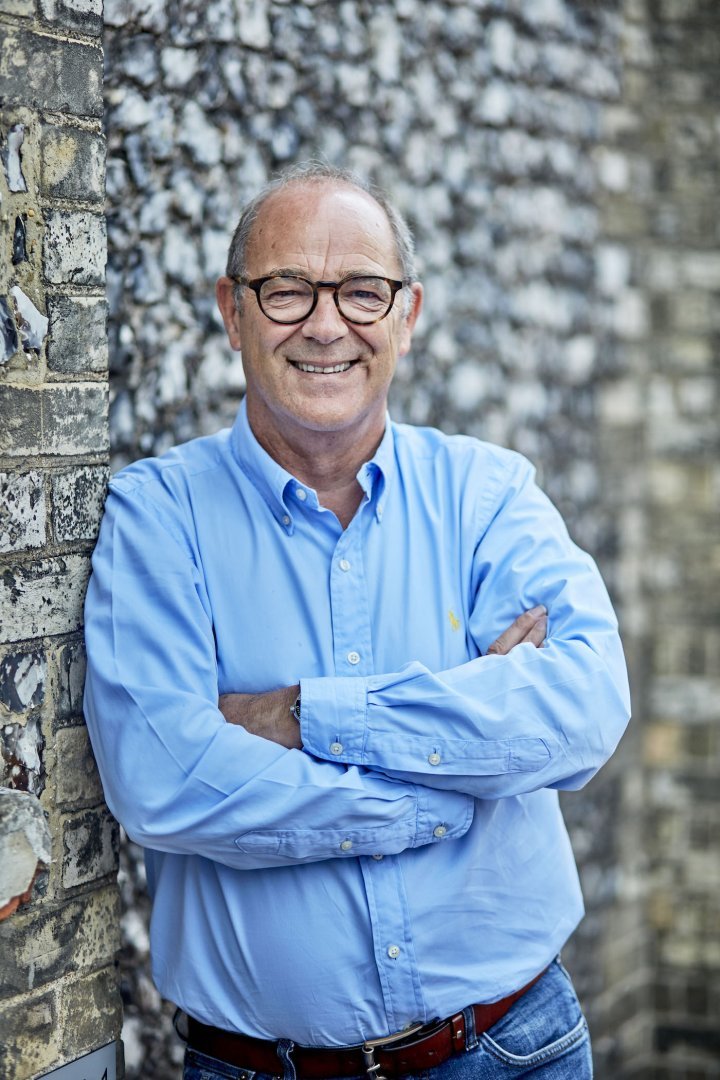 On June 2nd 2005, from a converted chicken shed on a farm in Berkshire, England, Mike France launched “the world’s first online-only watch brand” with co-founders Peter Ellis and Chris Ward.

Founded in 2005, Christopher Ward is a name synonymous with well-made, well-designed mechanical watches offering unbeatable value for money. With an opening price of $750, the direct-to-consumer company has a solid reputation in the mid-range market. At $3,585 then, the Bel Canto represents a significant climb up the price ladder.

However, as high-value mechanical watches become ever more unattainable, the British brand may well be carving out a sweet spot in the ‘affordable Haute Horlogerie’ sector. “We have plans to introduce more of this ilk of product going forward,” says France. “It is almost as if we had this in mind to some extent anyway – potentially as a new watch category for us. And we would like to own this particular sector at our sort of price point.”

As high-value mechanical watches become ever more unattainable, the British brand may well be carving out a sweet spot in the ‘affordable Haute Horlogerie’ sector. 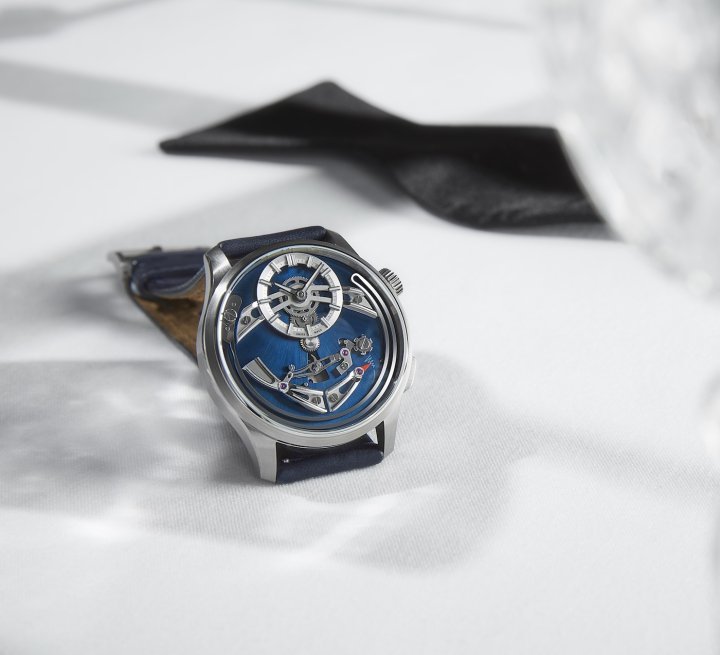 Named after one of the most melodic styles of opera, Christopher Ward’s C1 Bel Canto limited edition features a striking mechanism that chimes on the hour, every hour. The complication is showcased on the floating time-telling dial.

Such ambition is not without grounds. Like many overnight sensations, the Bel Canto was years in the making. In 2014, the company merged with Swiss movement maker Synergies Horlogères (now Christopher Ward S.A.) and launched its own manufacture movement, the COSC-certified Calibre SH21.

The Anglo-Swiss company has since elevated its horological credentials and adopted a twin-flags logo that combines England’s St George’s cross and the Swiss cross, as Europa Star reported. The merger has also given the brand in-house manufacturing expertise and “arguably the most accurate jumping-hour module that has ever been created”.

Built upon years of work on this in-house module, technical director Frank Stelzer made a leap that resulted in today’s chiming model. “If Frank wasn’t aware of the first development, there wouldn’t have been the second development. This [culmination] comes from deep-rooted knowledge. It is not just about putting a proprietary movement into a watch,” says France, adding, “The aesthetic is critically important, and we spend a lot of time on it. Our designers are genuinely some of the finest young designers in the world of watchmaking. But more than just the aesthetic, we also have hugely talented engineers and watchmakers. If you don’t have the engineering and the aesthetic working together, it is pretty unlikely you will get something like the Bel Canto.” 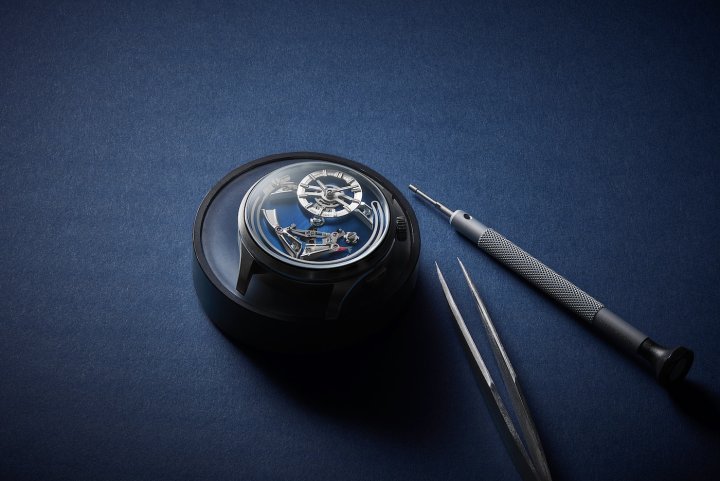 Christopher Ward’s technical director Frank Stelzer realised that the brand’s ‘jumping hour’ movement could be adapted to create a chiming sound. More than 60 new components form the striking mechanism module which sits atop a Sellita SW200-1 base movement.

While the Bel Canto has captured the imagination of a broad range of buyers, satisfying the long list of requests presents a new challenge. “The numbers we are talking about are unprecedented in the industry for a watch of this sophistication,” says France. “Right now, there is nobody who can produce a watch of the quality and finish of the Bel Canto in the numbers that we have interested parties for. I would like to think we are quite innovative around the way we go about things, so we are talking with our supply partners about how we can somehow change the way the industry approaches this sort of demand.” 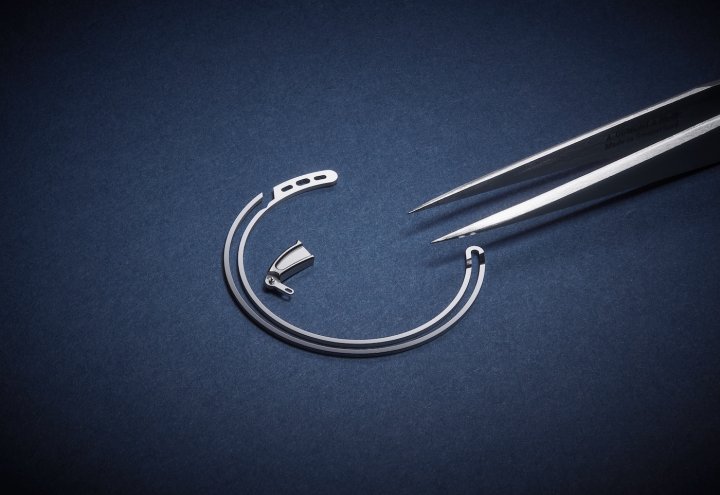 The watch’s chime comes courtesy of a steel spring which is placed around the edge of the dial.

Christopher Ward currently produces 20,000 watches a year. As the rest of the Swiss watch industry moves towards high value and lower volumes, will the Bel Canto’s success push the independent brand to follow suit? Not according to France who says it is the company’s founding mission to make desirable watches attainable. “We genuinely want to bring high-quality watches to as many people as possible,” he says. “This is embedded in the business and the brand. Everybody involved gets it.”

“We genuinely want to bring high-quality watches to as many people as possible. This is embedded in the business and the brand. Everybody involved gets it.”

That means keeping prices fair and sensible without compromising horological value. It is no secret that the company derives its retail prices by applying a three-times multiple to the cost price - a strategy that would be commercially unviable for any company selling through a distribution network. But for Christopher Ward, it presents an opportunity rather than a limit. “Our 3x is the same no matter the price. With this core value proposition, we can play in all of these sectors and try to deliver accessibility to everybody,” says France. “Does it mean a more expensive sector is going to grow as a percentage of our business? I think it will. But are we going to stop developing watches that allow people to enter the world of mechanical watches at the affordable level? No, we are not.” 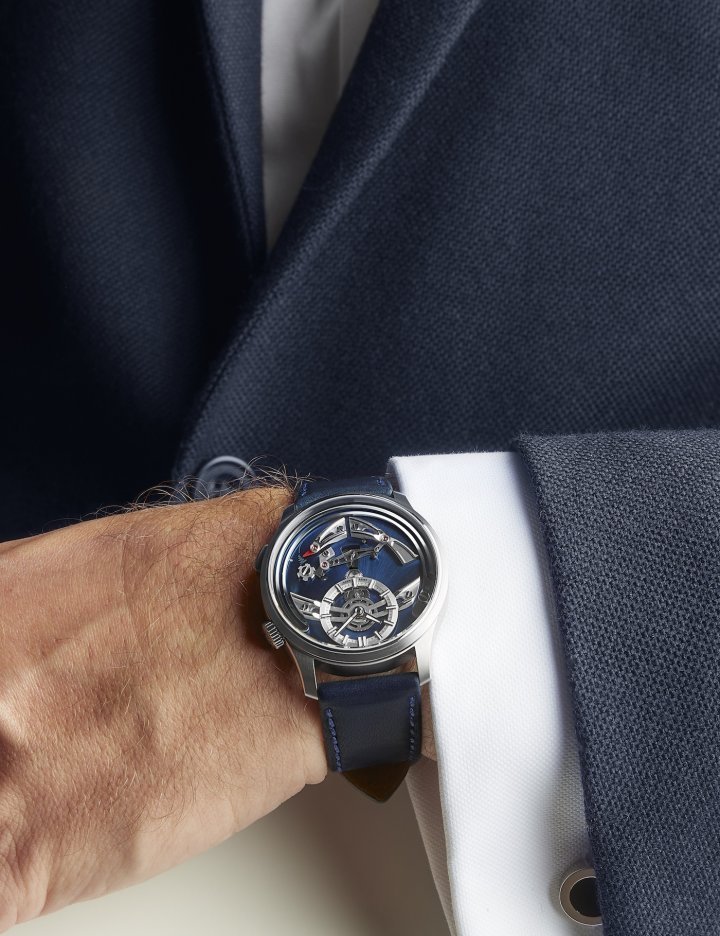 True to his word, France reveals the company will be releasing a new model at the end of April. “It is something much more at the other end of the Bel Canto, but equally innovative. In its way, the quality is stunning. The team has done a magnificent job. I’m as proud of the achievement of what we are launching then as the Bel Canto”.

While we often see how a single release can reshape the entire perception or desirability of a brand, if Christopher Ward continues to hold court, we may even witness a change in the way the market views affordable watches. It is this challenge that drives France and his team on: “How do we deliver beautiful and beautifully constructed watches to people who wouldn’t normally be able to afford to have that quality on their wrists? That’s what gets us out of bed in the morning.”

CEO Mike France reveals the company will be releasing a new model at the end of April. “It is something much more at the other end of the Bel Canto, but equally innovative.” 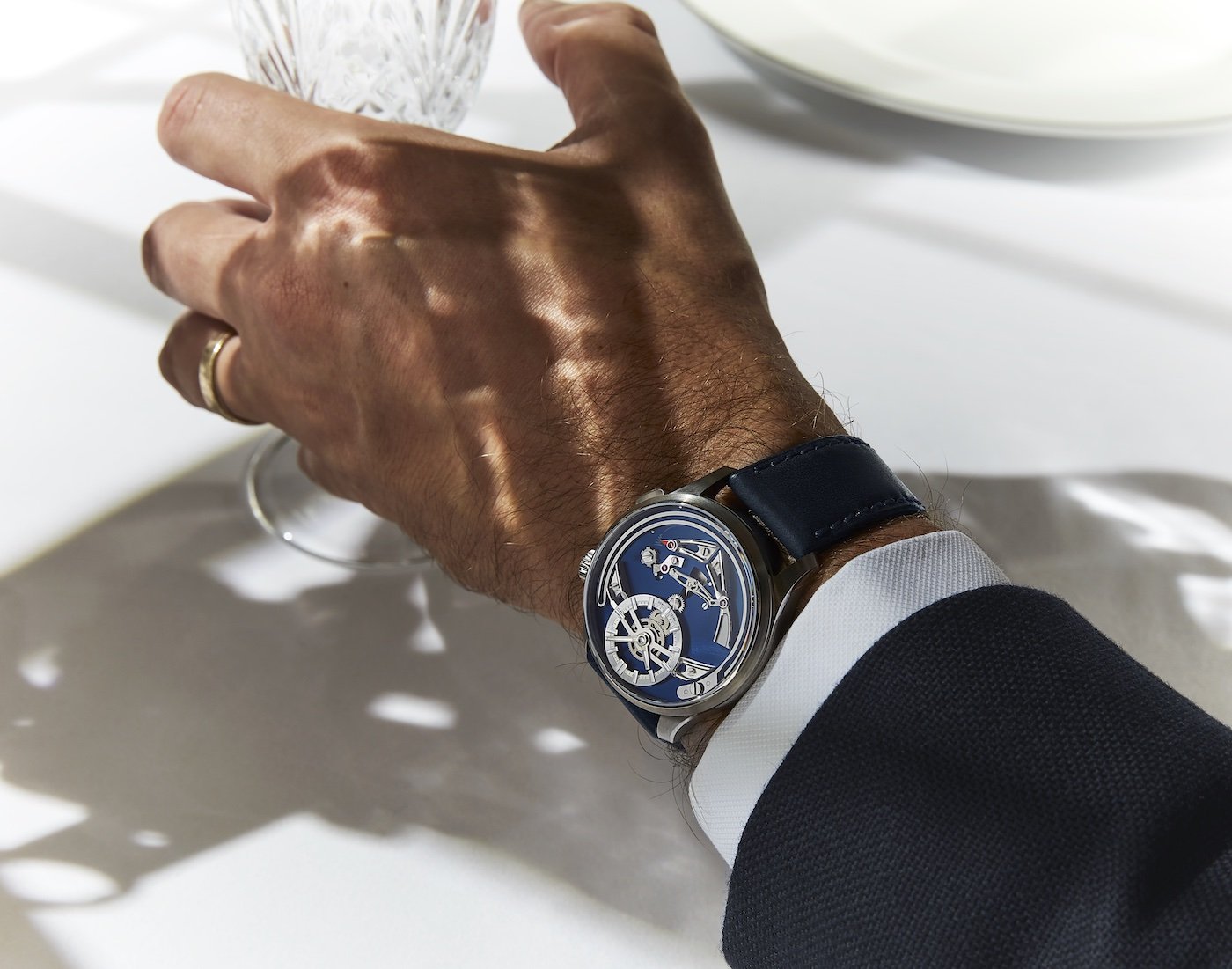 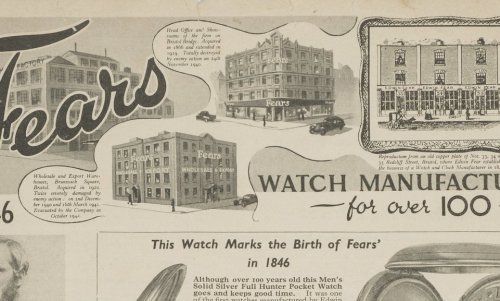 Once the largest watch manufacturer in the West of England, the British firm has risen, phoenix-like, from the ashes since 2016. After fading into oblivion (...) 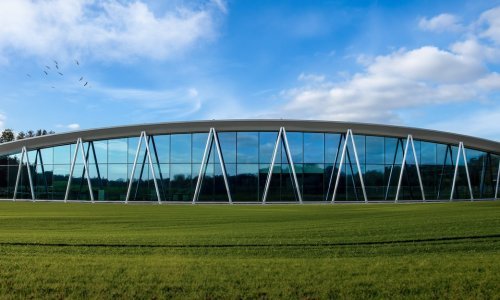 After a 50-year hiatus, Bremont’s H1 Generation heralds a new dawn for industrial-scale British watchmaking. Managing Director Chris Reynolds gets down to (...) 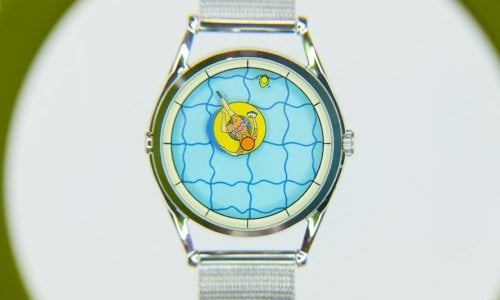 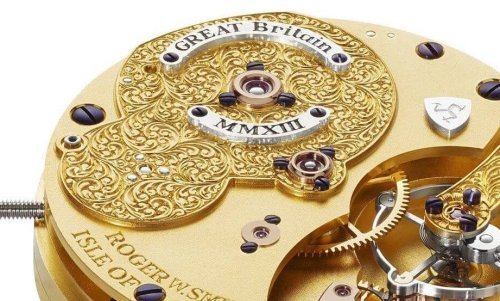 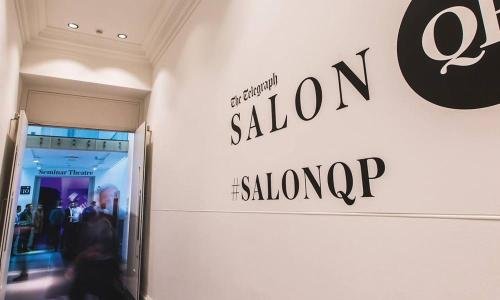 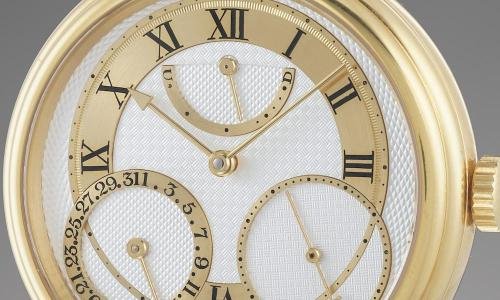 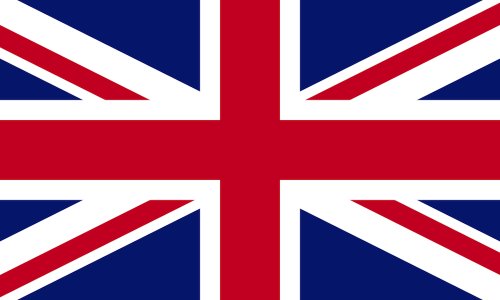