The adventure continues! We’re still in Detroit, the American city determined to rise from the industrial ashes. At Shinola, they produce watches, bikes and, now, audio material. And the brand is to inaugurate its first hotel at the end of the year. A paradise for post-industrial hipsters!

The adventure continues! We’re still in Detroit, the American city determined to rise from the industrial ashes. At Shinola, they produce watches, bikes and, now, audio material. And the brand is to inaugurate its first hotel at the end of the year. A paradise for post-industrial hipsters!
A

fter the watches, bikes, notebooks and record-players, it’s the turn of loudspeakers and headphones! After all, why should a watch brand restrict itself to its primary mission, especially if its groove is lifestyle? It’s true that Shinola, launched in 2011 by Tom Kartsotis (the founder of Fossil), has taken things to an extreme, since it is due to open its first hotel in Detroit by the end of the year. And it has already launched its own cola!

"We’re diversifying, because we’re still a start-up in the throes of creative development,” underscores Jeffrey Trosch, Shinola’s communications manager who we met in the United States. “But our absolute priority and leitmotiv, whatever the product category, is design.” 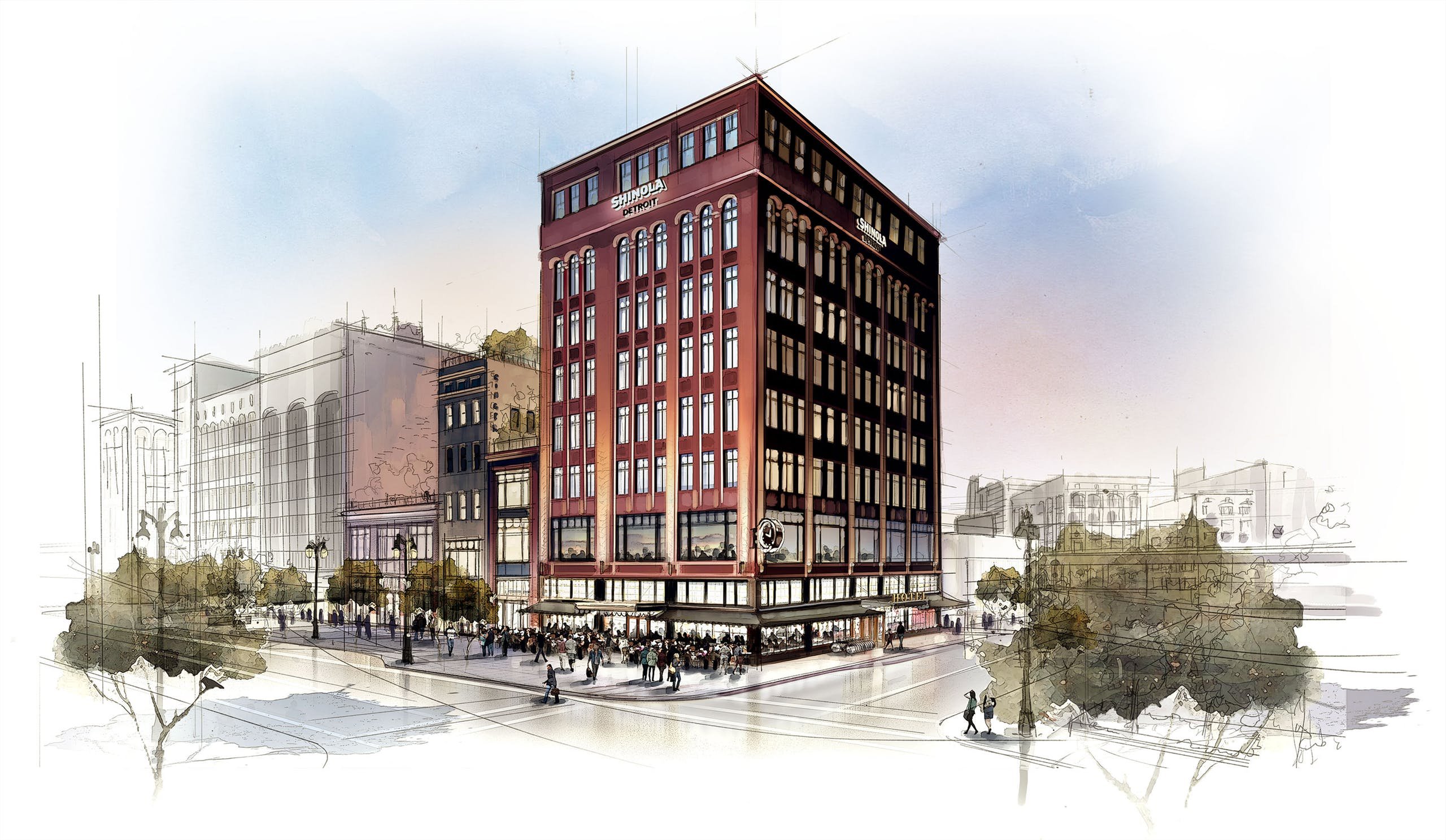 Watches remain the principal business of this young brand with an old name - Shinola was a famous American shoe polish manufacturer during the first half of the twentieth century, which also gave birth to an expression in the 1940s, “know shit from Shinola”...). Today, the company has no fewer than 28 proprietary boutiques in the US, from Boston to Honolulu. It is also distributed in several renowned stores in Europe, such as Le Bon Marché in Paris, and has opened its own store on the Old Continent, in London.

In the United States, its prime market, the brand has adopted an original distribution model, since it is represented solely by its flagship stores – or on the Internet. Shinola is indeed meeting with success online, which now represents “a very large share of our turnover, via our e-commerce platform”, in the words of Jeffrey Trosch. 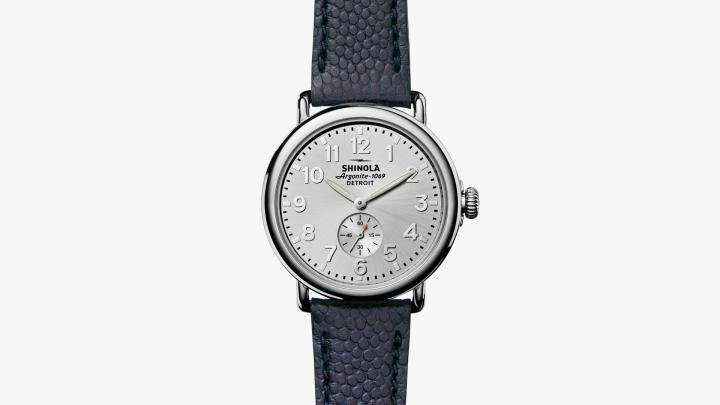 The careful, ultra-classic, elegant design of the watches has won over new generations of buyers in the United States. Because, as you will have realised, Shinola is nothing if not consistent in style. “Our best-selling lines are the Bedrock and the Runwell and our prices range from 550 to 2,200 dollars, with an average price of 800 dollars,” details Jeffrey Trosch.

The brand produces virtually exclusively quartz watches, except for a few mechanical series in limited editions. And quite naturally so, since the Shinola factory in Detroit, where the watches are assembled, was born of a partnership with a Swiss champion of quartz watches, Ronda. Nevertheless, the Basel-based manufacturer recently converted to mechanical calibres, which it now sells to an array of brands. So when will Shinola be making the great leap to automatics?

A symbol in Detroit

Two years ago, the brand was admonished by the strict Federal Trade Commission (FTC) for the Swiss and non-American origins of certain components of its watches, including, precisely, those from its partner Ronda. Since then, it has had to use the label “Built in Detroit using Swiss and imported parts”. But who cares about the label, the locals would say, because in Detroit, the brand has become the living symbol of a city which is seeking to create a post-industrial dream, “Motor City” having been ruined long since by globalised delocalisation...

What will happen the day when the hipsters shave off their beards and once again look to more futuristic products?

Shinola’s workshops now employ some 650 people. The brand shares its Argonaut Building premises with a famous industrial design establishment, the College for Creative Studies, and does not hesitate to make use of its young talent. Not content with just reburnishing Detroit’s image, Shinola is now placing itself in the role of moral support-giver to immigrants, with its new Statue of Liberty line], an extension of its Great Americans series and first and foremost a reference to a tense political context on this issue in the United States. 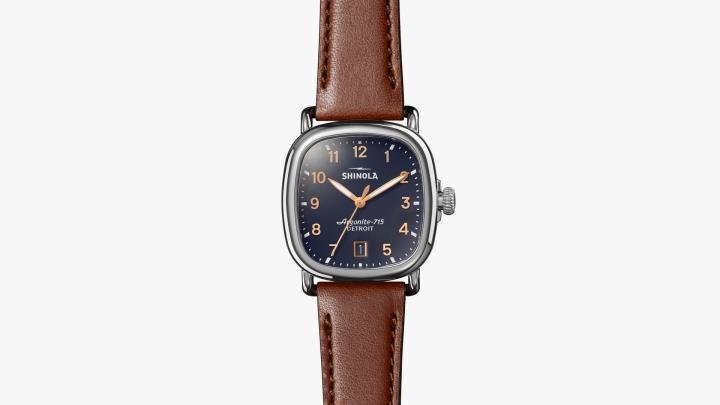 The challenge facing Shinola will be to withstand the test of time, when the current predilection for ultra-classic, vintage lines starts to wane. What will happen the day when the hipsters shave off their beards and start looking ahead towards more futuristic products once again? That day, Shinola will still be able to count on its natural elegance... 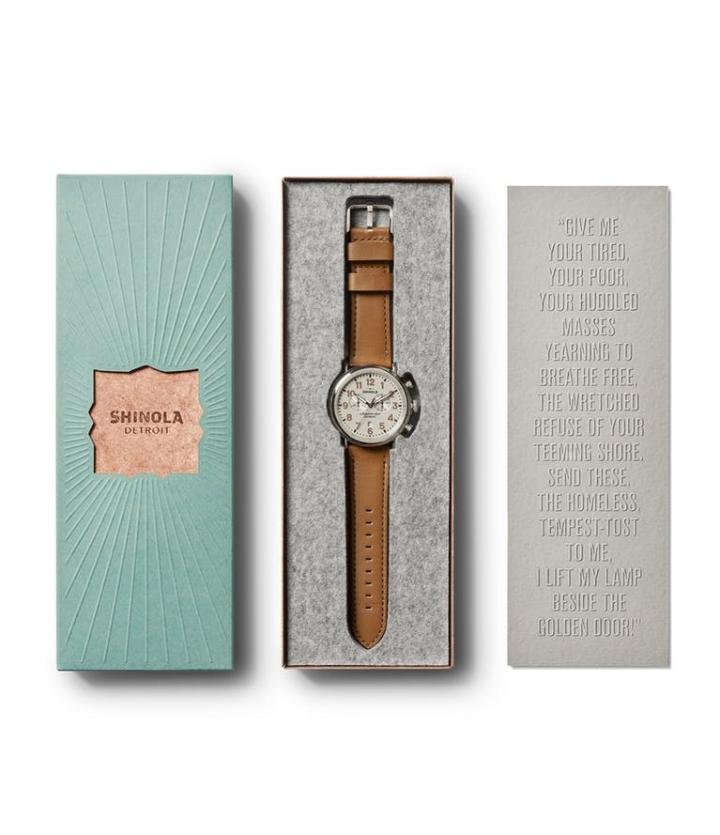 Shinola The Statue of Liberty