The oldest watchmaking guild in the United States, founded in the 19th century by German immigrants, has followed the ups and downs of the American watch industry. It reached an extremely low ebb but now, with the renewed interest in mechanical watchmaking, it is experiencing a new golden age and its training courses and lectures are very popular. We met its President, Nicholas Manousos.

The oldest watchmaking guild in the United States, founded in the 19th century by German immigrants, has followed the ups and downs of the American watch industry. It reached an extremely low ebb but now, with the renewed interest in mechanical watchmaking, it is experiencing a new golden age and its training courses and lectures are very popular. We met its President, Nicholas Manousos.
T

he roots of the venerable Horological Society of New York date back to the middle of the 19th century, when the United States experienced a wave of German immigration. Among the immigrants were many watchmakers. “If you were a watchmaker in New York at the time, then you were most likely German,” says Nicholas Manousos, president of the society.

“If you were a watchmaker at the time in New York, then you were most likely German.”

In 1866 two German immigrants, George Schmidt and Frederick Ruoff, founded the Deutscher Uhrmacher Verein, a “guild” of watchmakers, in a New York tavern. The members supported each other on technical issues – there were no watchmaking centres at the time, so they had to find ways to obtain key components – and set up services such as a library, training and life insurance. The ancestor of the Horological Society of New York was born.

Beyond the original frame

At the time, everything was intended for a strictly German-speaking audience. But gradually the organisation opened up to a wider audience: Americans and more recent immigrants from England, France and Switzerland. In addition, anti-German sentiment was strong in the United States during and after the First World War. It was time for a change. In 1930, the organisation opted for a very “American” name: the Horological Society of New York.

During the same decade, the Society launched its newsletter, The Horologist’s Loupe, which is still distributed today, making it one of the oldest publications dedicated to watchmaking (along with Europa Star, born in 1927!).

Like the American watch industry itself, the Society’s golden age was after the Second World War. 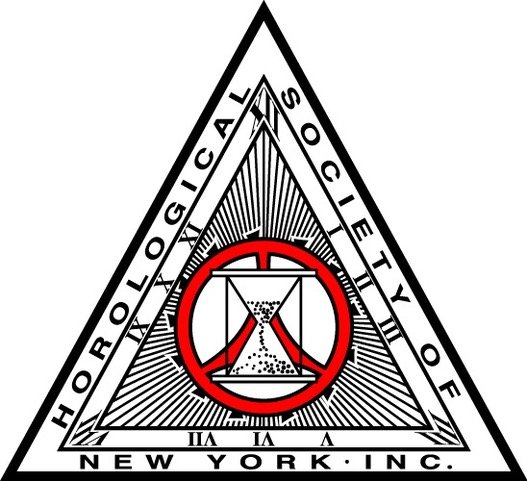 The logo of the Horological Society of New York

“It was a period of survival and it is very important that the organisation never completely stopped its activities,” continues Nicholas Manousos. “Ed Hydeman, the former President and today Executive Director, and Charles Salomon, our Treasurer, really saved the Society. In the 1990s, we had almost no resources while continuing to operate in one of the most expensive cities in the world. Charlie provided a meeting room in his Manhattan church, free of charge, for nearly 20 years.”

The Society finally experienced a rebirth through the renewed global interest in mechanical watches. It dissociated itself from the American watch industry and from a strictly professional destiny, modernised its organisation and opened its doors to collectors and amateurs. The internet also allowed it to reach new members and broaden it horizons. “So much so that we are now overwhelmed by the level of interest in our training,” says Nicholas Manousos, who presides over an organisation that is now 500 members strong. We met him to discuss the current activities and ambitions of the Society. 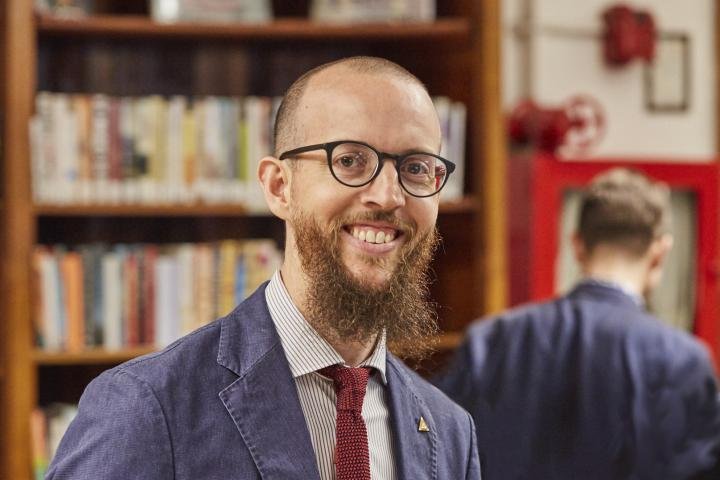 Nicholas Manousos, President of the Horological Society of New York

What is your fundamental mission?

We celebrated the company’s 150th anniversary in 2016 and remain faithful to the basic mission enshrined in the company’s founding act: “To advance the art and science of watchmaking”. This mainly involves training and conference cycles. We are registered as a 501(c)(3) organisation, which is the American equivalent of a non-governmental organisation (NGO), therefore of public interest and non-profit. Donations are tax deductible. 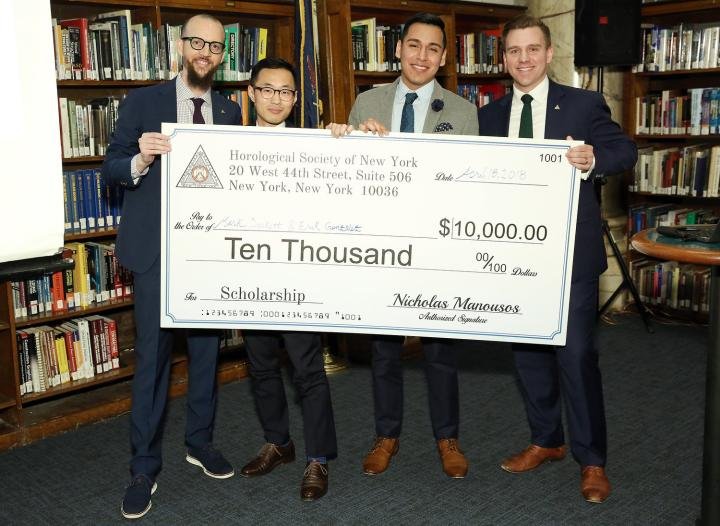 What types of training do you organise?

We have different degrees of training, from basic mechanics to more advanced courses, which are taught at evenings and weekends. All events are free and open to the public, except for some classes where a fee has been set to better control demand.

“All events are free and open to the public, except for some classes where a fee has been set to better control demand.” 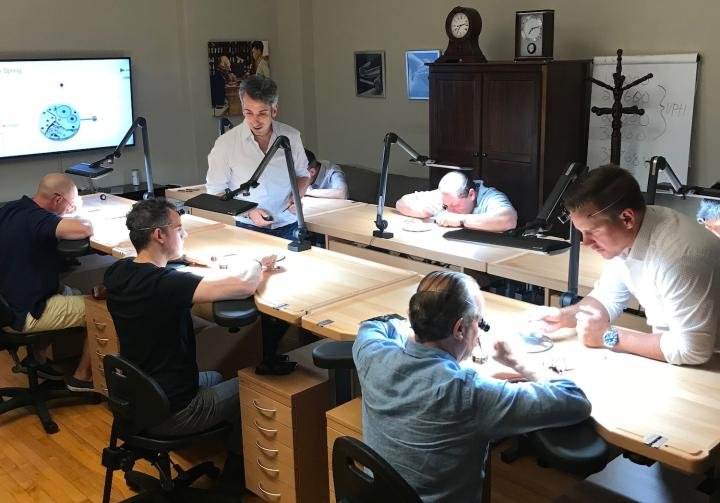 A training class of the Horological Society of New York

Who gives these courses?

Today, we have seven instructors. They are members who teach the courses alongside their permanent employment. Most of them work in one of the watch service centres in New York. We also bring in speakers from all over the world.

What is the advantage of being based in New York City?

It is a very interesting place for lovers of mechanical watches because every week there is at least one event related to their passion, whether in boutiques or elsewhere. But besides the commercial events, many collectors are also looking for something more academic and cultural. Our training courses, conferences and galas attract a large number of people.

“Besides the commercial events, many watch enthusiasts are also looking for something more academic and cultural.” 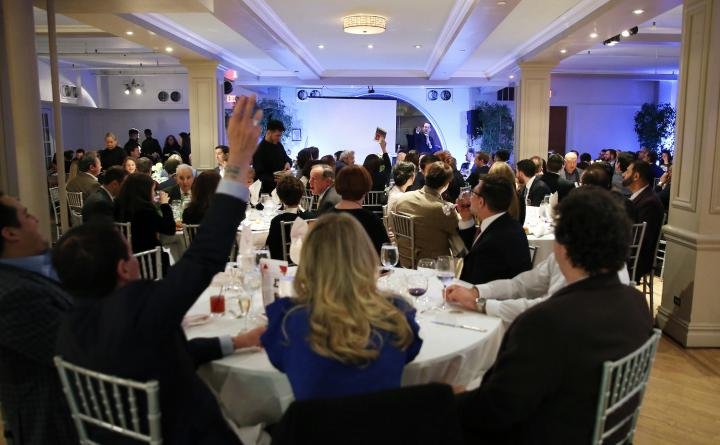 Does your audience go beyond New York?

Yes. People travel from all over the country and even from abroad to attend our training sessions. We recently decided to organise training courses in the rest of the United States and abroad, for instance in Canada, Singapore and Hong Kong. 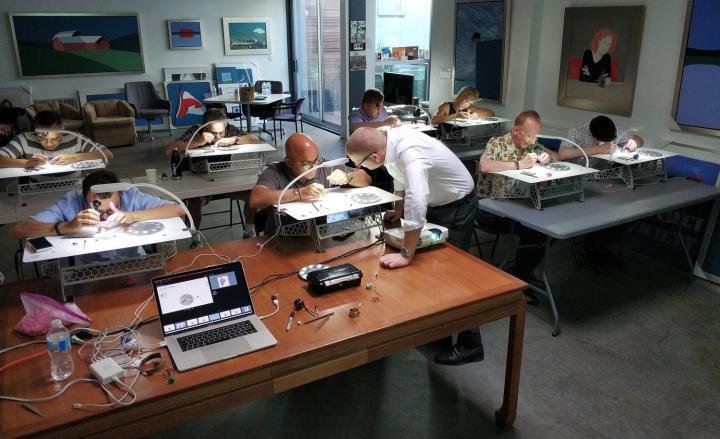 The Society is now active outside the United States: here, a recent workshop held in Toronto.

Do you also participate in watch fairs?

We are not officially present at the fairs because we make sure that we remain faithful to our status as an NGO. We focus on our educational mission: sales pitches are not allowed and we therefore avoid trade fairs.

“I see the potential for a rebirth of the American watch industry. About 10% of our members have joined us to evaluate the possibility of embarking on a career as a watchmaker.”

For a long time, your destiny followed that of the American watch industry. For decades, it has seen companies close doors and production move overseas. Is there any hope for a the rebirth of a Made in USA mechanical watch sector?

I see clear potential for a rebirth of the American watch industry. There are certainly many obstacles, but I see such interest in mechanical watches among our American members today... Some of them are actually more than collectors: I would say that about 10% of them come to evaluate the possibility of embarking on a career as watchmakers. There is a cliché in the United States that watchmaking is a dying art. On the contrary, it is an increasingly popular art. Today, thousands of people work in the watch industry in the United States. We are contributing in our own way to the rebirth of this art.