or retailers the world over, the cup is full. Distribution is at a crossroads, with crucial choices ahead: which direction should they choose?

“Inventories have attained levels never seen before. Richemont has announced that they are buying back 218 million euros’ worth of watches to clean out the market, including a large number of Cartier watches, but that still is not enough; stocks are still too high.”René Weber, Vontobel, Europa Star Arcade, November 2016 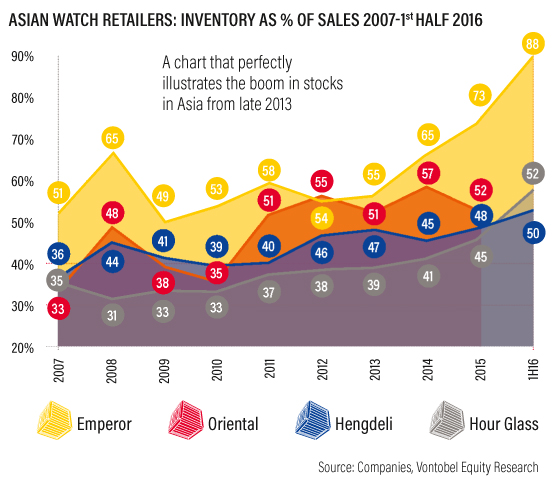 “The reduction in profit margins for distributors was initiated four or five years ago,” Gérard Gouten, a Swiss market veteran, explains to us. “Today, since they’ve moved upmarket, distributors are located on the best avenues in town. Rents are huge, the salaries of qualified sales staff are high, and they work longer hours with the increase in night-time opening. And then there’s the issue of discounting, a practice which has become generalised and which customers are now demanding from the outset. And that’s not to mention the direct competition war that the brands are waging with their own boutiques.”

But the current crisis has also had the effect of raising margins slightly, and brands are adapting their policies once again. For example, Cartier, which had reduced its margins to 35%, is cautiously raising them to an average of 38% – while not forgetting to mop up stocks and take back more unsold items than before. Whatever the case, the independent watchmakers are still offering more appreciable margins to retailers, up to 50%, resulting in an average margin of around 40%. But what is left of these margins after all the expenses are taken into account? 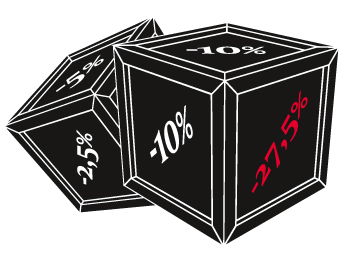 -10% for the tour operator who brings in the customers

Moreover, retailers have to eliminate static inventory, improve product turnover – because without sell-out, there’s no sell-in – and, if necessary, activate the guarantee and sell the watches at cut prices. And that is not even to mention the new, cut-throat competition from e-commerce.

Some of the people we spoke to are “convinced we’re heading towards an uberisation of the watch distribution sector” as a result of the “takeover by e-commerce”. During our discussions, one model cropped up again and again: that of turning retailers into “gallery owners”.

THE WATCH FILE The pandemic has led to the accelerated digitisation of our daily life. However, the watch industry finds itself still stuck at a stage similar to that of (...)