In recent decades, Swiss watchmakers have been preoccupied with scaling the summits in terms of pricing, mechanical sophistication and artistic refinement, while overlooking, ignoring even, an essential sector of their clientele – the middle classes. (A notable exception to this is the Swatch Group and some strong independents.)

In recent decades, Swiss watchmakers have been preoccupied with scaling the summits in terms of pricing, mechanical sophistication and artistic refinement, while overlooking, ignoring even, an essential sector of their clientele – the middle classes. (A notable exception to this is the Swatch Group and some strong independents.)

• What is a “mid-range” watch, exactly? Just as there isn’t just one middle class but several, so there are several interpretations of “mid-range” where watches are concerned.

• Can exclusivity coexist with quantity? That’s the paradox of the mid-range: it has to be produced in volume while giving the impression of exclusivity.

• Does the current crisis offer new opportunities? Watches costing between CHF 500 and CHF 3,000 (retail price) have weathered the storm better than anything else.

• What do mid-range customers expect? As well as price, they are looking for reliability, high-quality finishing, durability, and they want a watch that will stand the test of time.

• Are we entering a period of stylistic conservatism? A more reassuring and less ostentatious style of watch seems to be appropriate for the mid-range.

• Are retailers still interested in the mid-range? They look at it as a way of increasing lacklustre sales.

• Is the current crisis an opportunity to reshuffle the distribution deck? The mid-range is also a testing ground for the changing face of watch sales.]

Logically, what this also points to is that the market share of Swiss mid-range watches has fallen significantly in 15 years, especially given that the total number of watches exported has remained virtually the same, declining marginally from 29 million units in 2000 to 28 million in 2015.

This contraction of the mid-range watch sector has certainly benefited Switzerland’s competitors. In 2015, for instance, while the number of pieces exported by Switzerland fell 1.6%, settling at 28.1 million units, Germany increased exports by 4.4%, reaching a total of 21.9 million units, while French exports rose by 6.1% to 7.3 million. At the same time, Japan exported around 60 million watches with a total value of 160 billion yen (1.3 billion euros).

Given that the majority of these German, French and Japanese exports can be classed as mid-range (between CHF 500 and CHF 3,000 retail), the relative “void” left by Switzerland has been filled by its rivals.

Is the wind about to change?

The crisis that Swiss watchmakers have endured over the last two years – from the top, this time – is a game-changer. Suddenly, their rather condescending attitude to the midrange has shifted: after all, the mid-range not only has the volume, it also seems better able to absorb the bumps in the road that are an inevitable consequence of our globalised trade.

It was obvious at the recent SIHH that brands that previously would not deign to discuss prices were now broadcasting them, although the subject was cloaked coyly in terms of “value”. One brand in particular, somewhat unexpectedly in this exalted company, was thrust into the spotlight. Baume & Mercier abruptly found itself the focus of universal admiration because of its moderate pricing (see further). The mid-range is back. Suddenly, everyone wants a piece. Brands sense a possible growth vector. Retailers sniff an opportunity to increase footfall and stock turnover.

Interestingly, the same phenomenon can also be observed in Western politics. All at once the middle classes, who are becoming increasingly disaffected, are exerting a powerful fascination. And this is no coincidence: as we have often said, watchmaking is a reflection of its time. 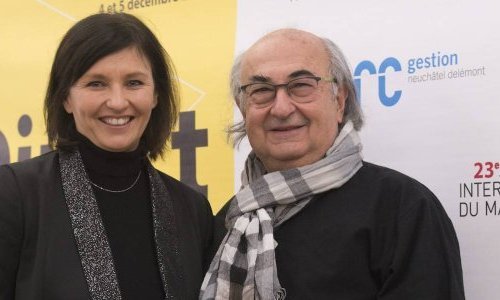 The theme of the 2022 edition is the “eternality” of the watch, a broad topic of reflection ranging from the relationship to astronomical time to the (...) 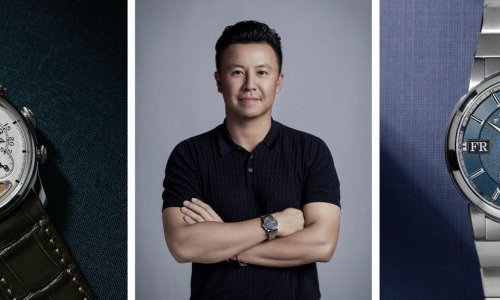