Where brands from the North are concerned, there is not only Daniel Wellington from Sweden, Suunto from Finland and Skagen from Denmark (and quite a few from China, one might add). These last few years we have seen a series of interesting watch brands popping up out of the Scandinavian circle, offering minimalistic and original designs, often influenced by nature, the Arctic, giant moons, fjords…

Where brands from the North are concerned, there is not only Daniel Wellington from Sweden, Suunto from Finland and Skagen from Denmark (and quite a few from China, one might add). These last few years we have seen a series of interesting watch brands popping up out of the Scandinavian circle, offering minimalistic and original designs, often influenced by nature, the Arctic, giant moons, fjords…
O

ur passionate watch explorer and blogger Mr. E brings you some fresh air from the North: here is a short introduction to the full pieces that you can find on www.europastar.com. 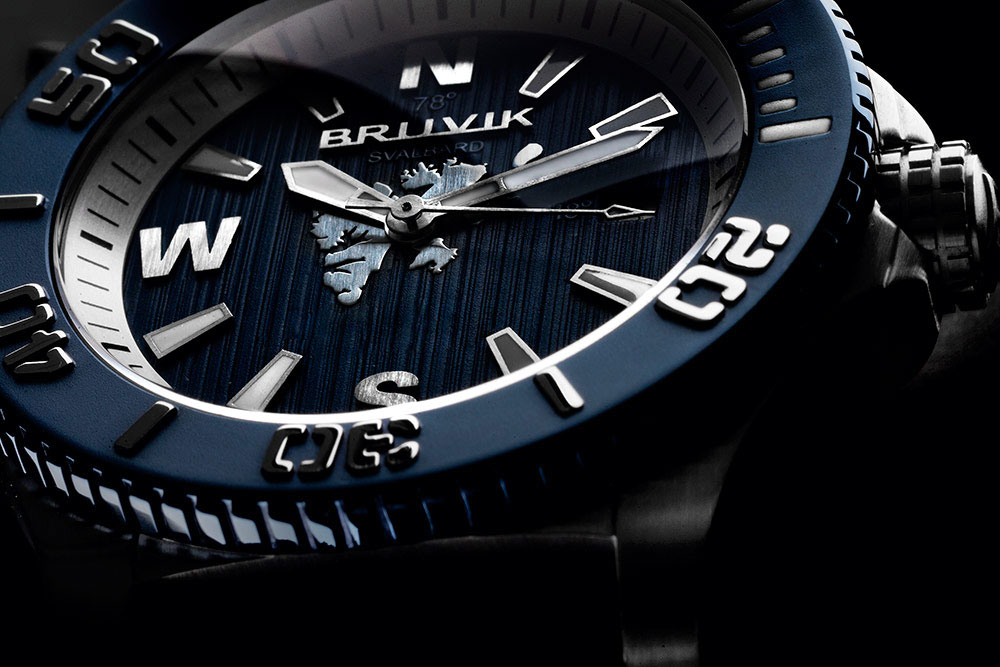 Bruvik Time was founded by Rene Bruvik in 2009, and the beginnings weren’t exactly a breeze. Because there was no watchmaking heritage in the country, retailers were sceptical of Bruvik and his Scandinavian designed and Swiss made watches. But persistence pays off, and three months later Bruvik got himself a spot in a retailer’s display window, right next to Breitling. Not a bad start. 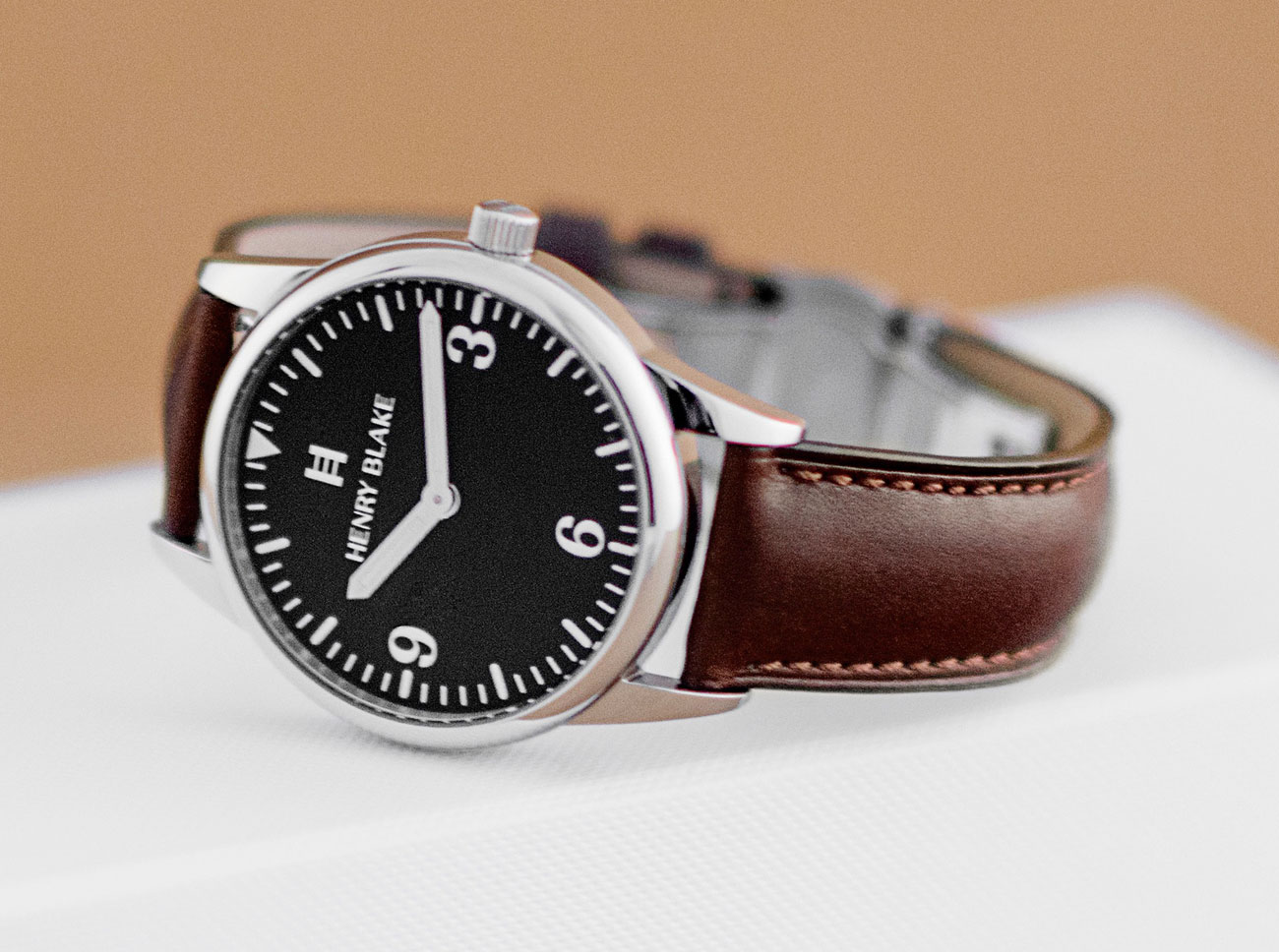 The man behind this brand is not called Henry Blake; he was actually a fine civil engineer and the inspiration for the brand. The company founder is actually Reza Shojaei (who is himself trained as an engineer), who founded the brand as recently as 2015. His company is still in its early stages. What initially struck me about the brand is how well the rail motif travelled onto the design of the watch. Not just in the name of the brand, but also the distinctively rail-inspired logo on the very cleanly arranged black dial. 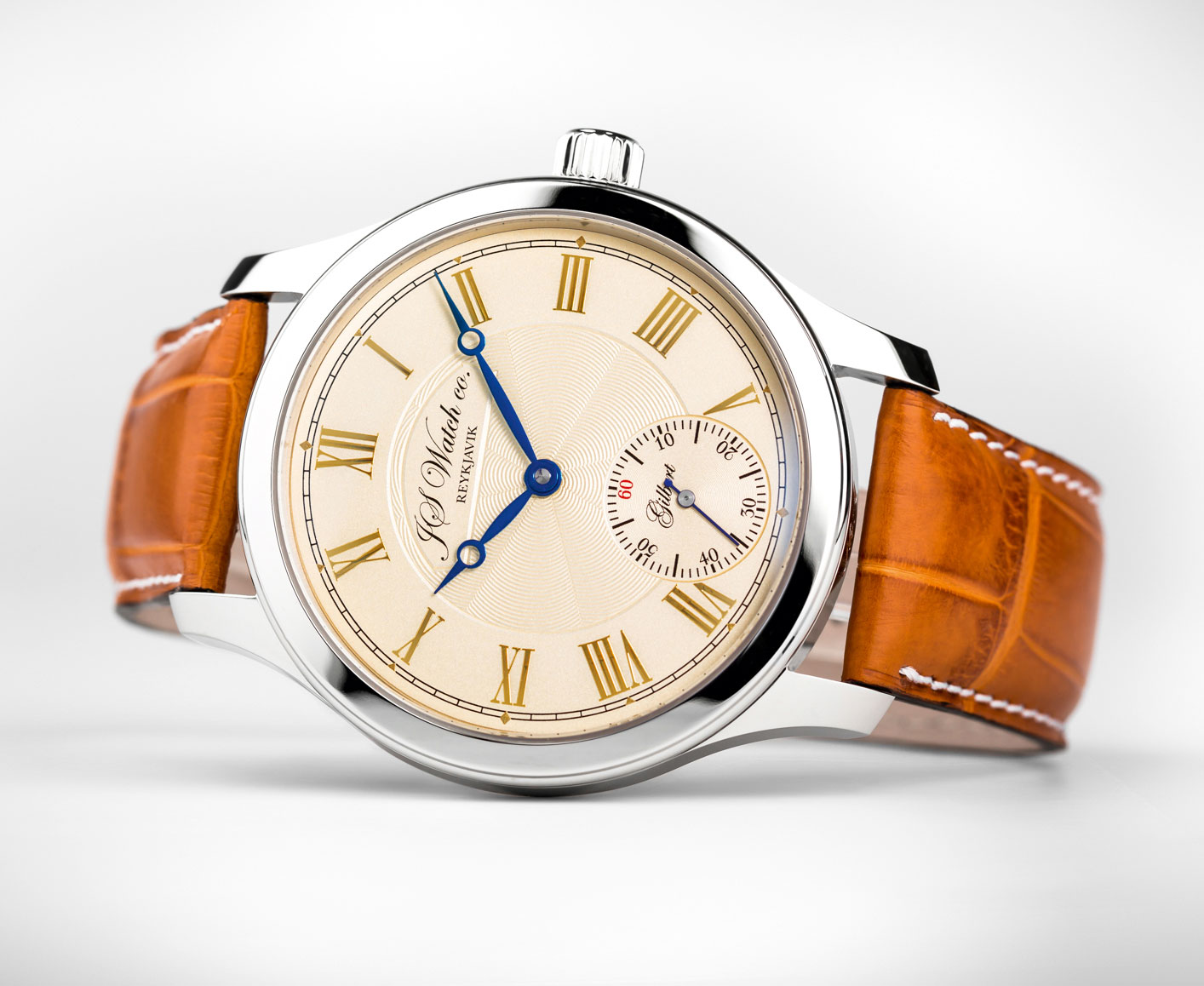 Did you know that Iceland is where time begins? Technically speaking, at least, it’s true. That’s because Iceland is perpetually on Greenwich Mean Time, so they don’t change their clocks with the seasons. Just with that bit of trivia, any watch brand doing business in Iceland can start with a great story! The public persona behind JS Watch Company Reykjavik is Mr. Gilbert Gudjonsson, a master watchmaker who has over 45 years of experience: I’ve been told by my uncle – another watch enthusiast who just happened to travel there – that if you pass by their shop in the heart of Reykjavik, Gilbert Gudjonsson will take his time and have a chat about anything watch or Iceland-related for hours. Their watches too incorporate a bit of Iceland in every model, whether that is something physical or metaphorical. 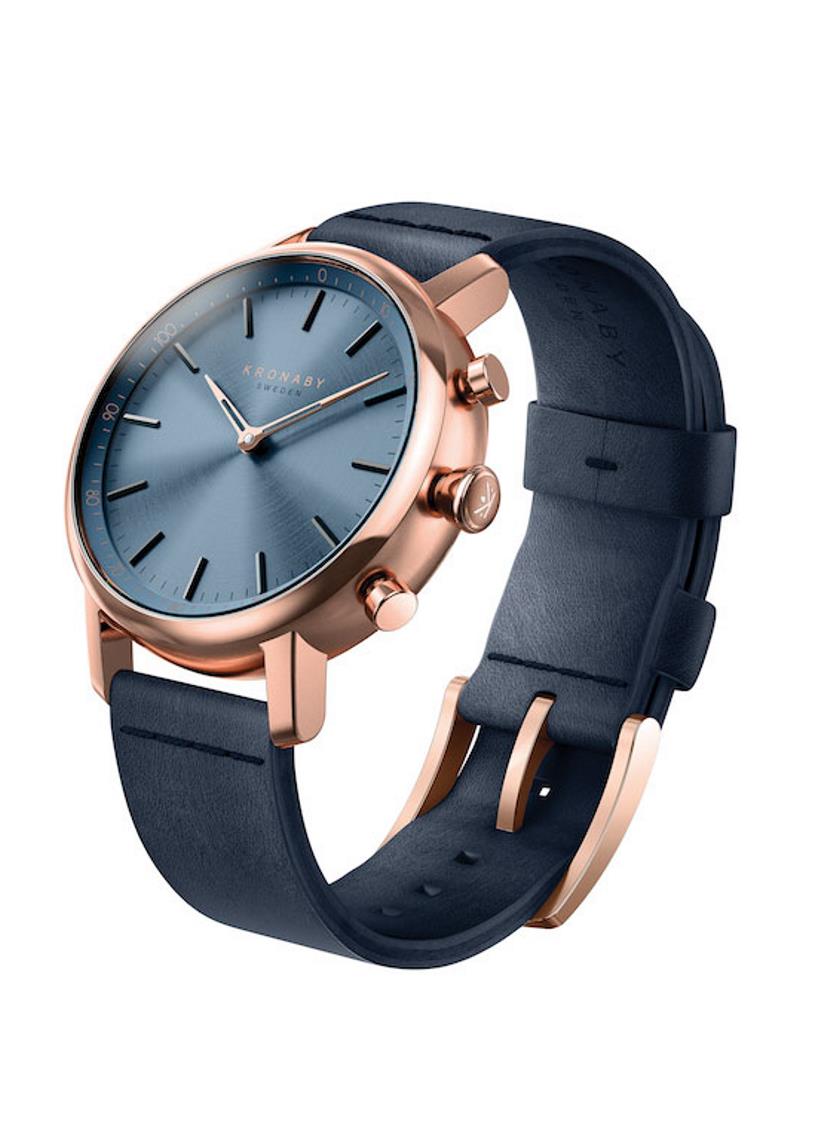 At first glance, all Kronaby watches look like relatively classic timepieces and I would never have guessed they were connected watches had I not known in advance. And we would expect no less from a Malmo-based company channelling a strong Scandinavian design heritage. Indeed, the philosophy driving the brand is to put design at the centre of watchmaking and only add the most relevant smart features. The idea is not to put all of our trust in smart technology, which more often than not will just end up distracting us. Rather, the focus is on what the brand calls “human technology”

Halda, the best of both worlds? 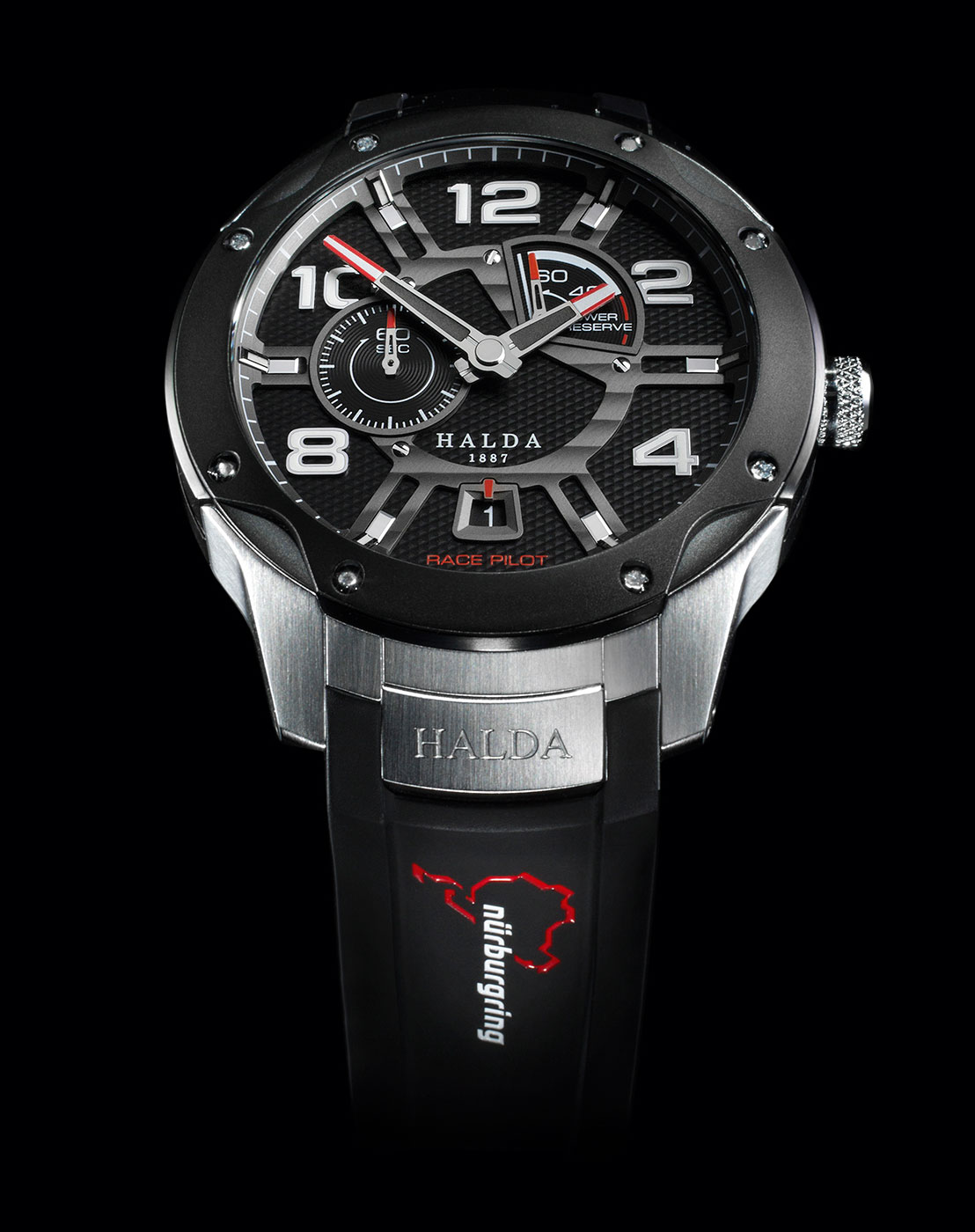 The evolution of watchmaking will be interchangeable. That’s according to this Swedish watchmaker, which developed a modular watch design with both traditional mechanical and modern electronic movements. The first manifestation of this modular concept tackled the final frontier: space. After testing and consultations with astronauts, the Halda Space Discovery was born. The watch design was so well received that it picked up a Red Dot design award.

Triwa wants to transform the watch industry, the Swedish way 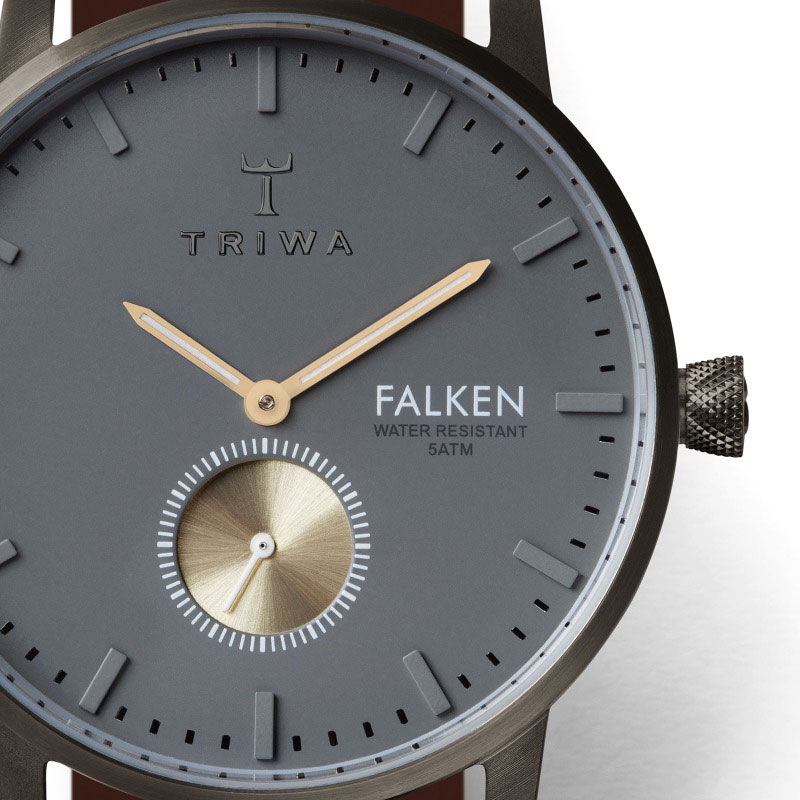 Triwa’s goal is to “change the attitudes in the watch industry.” It was founded on the notion that the industry is too focused on status and tradition. It was even named after the cause, Triwa being an amalgamation of “Transforming the Industry of Watches.” In ten short years, the company has grown from four friends to thirty friends - and yes, they are still actually friends. The growth of the team is in part because they have expanded their product line and have become more of an accessories company, also offering stylish sunglasses and bracelets.

Another young and well-received brand carrying the blue and yellow flag is Pansar. The company was founded by Patrik Palovaara, an award winning industrial designer. And his timepieces definitely show it. Specifically, the company founder has applied the design methods of the automobile industry, which was familiar territory for Palovaara thanks to his time working at Volvo. The emphasis with his watches is on proportionality and dynamic lines that similarly add character to the world’s best cars. The overall result is a solid collection of stylish yet rational watches. 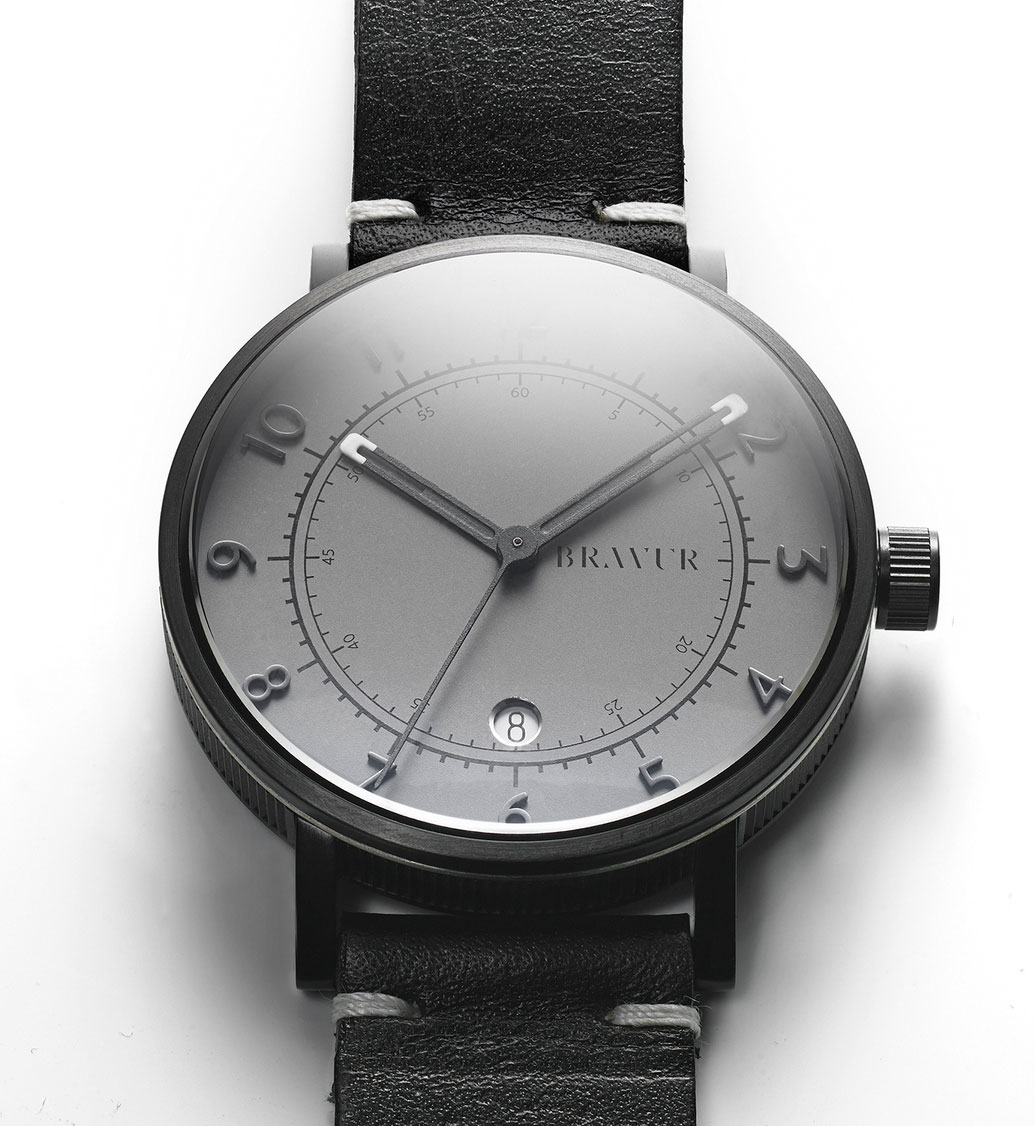 The company is the union of forces between friends and industrial designers Johan Sahlin and Magnus Svensson and their Stockholm-based company, which came into being in 2011. Every watch is designed with simplicity in mind and there is a notable attention to detail. Take the hands of their watches, for example, which have been cut out at their tips so that the indicators below perfectly fill in the gap with the passage of each minute and every hour. Their tagline, after the brand’s name, simply says: “Bravur, Since Now”… 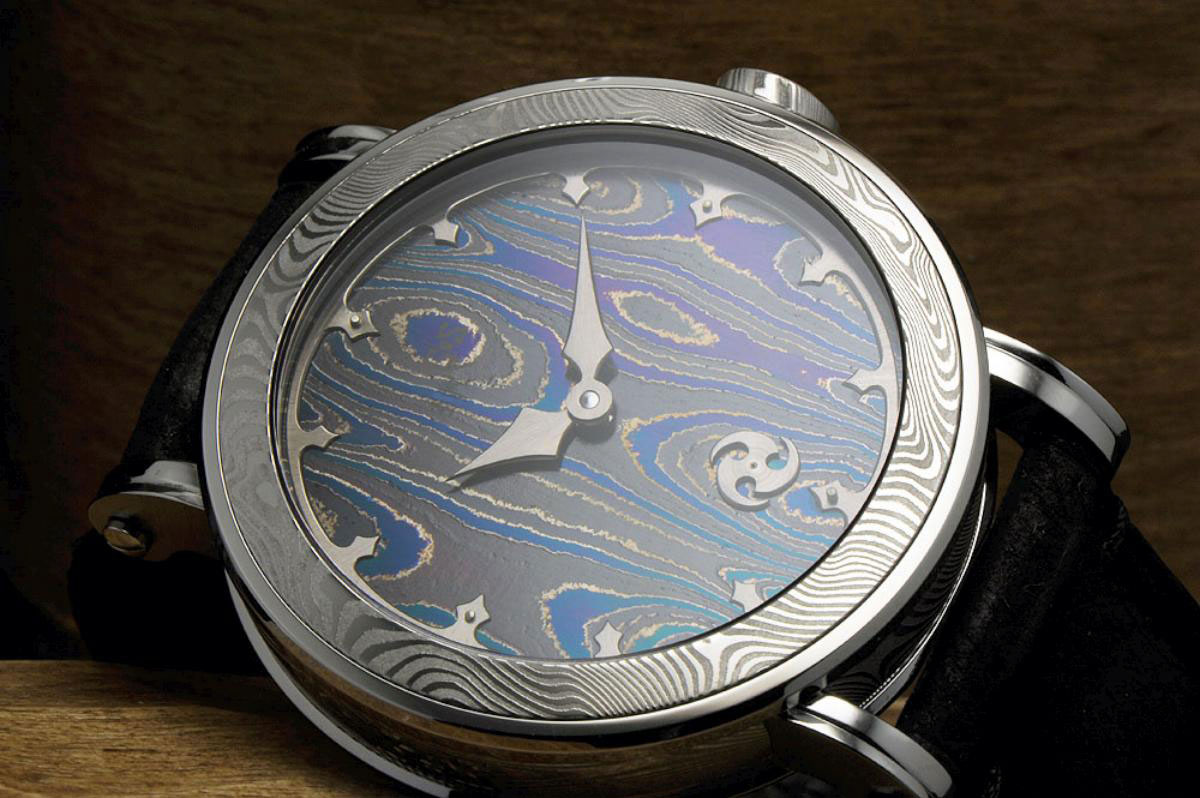 What do you get when a master bladesmith (Johan Gustafsson) crosses swords with a master watchmaker (Patrik Sjögren)? It’s GoS Watches, a luxury Swedish watchmaker based in the placid town of Linköping. I’ve been a fan of the small watchmaker since it was established back in 2007, and it’s been interesting to see it develop over the last decade. That development has resulted in the duo perfecting the use of Damascus steel in watchmaking, and more recently even developing their very own in-house movement 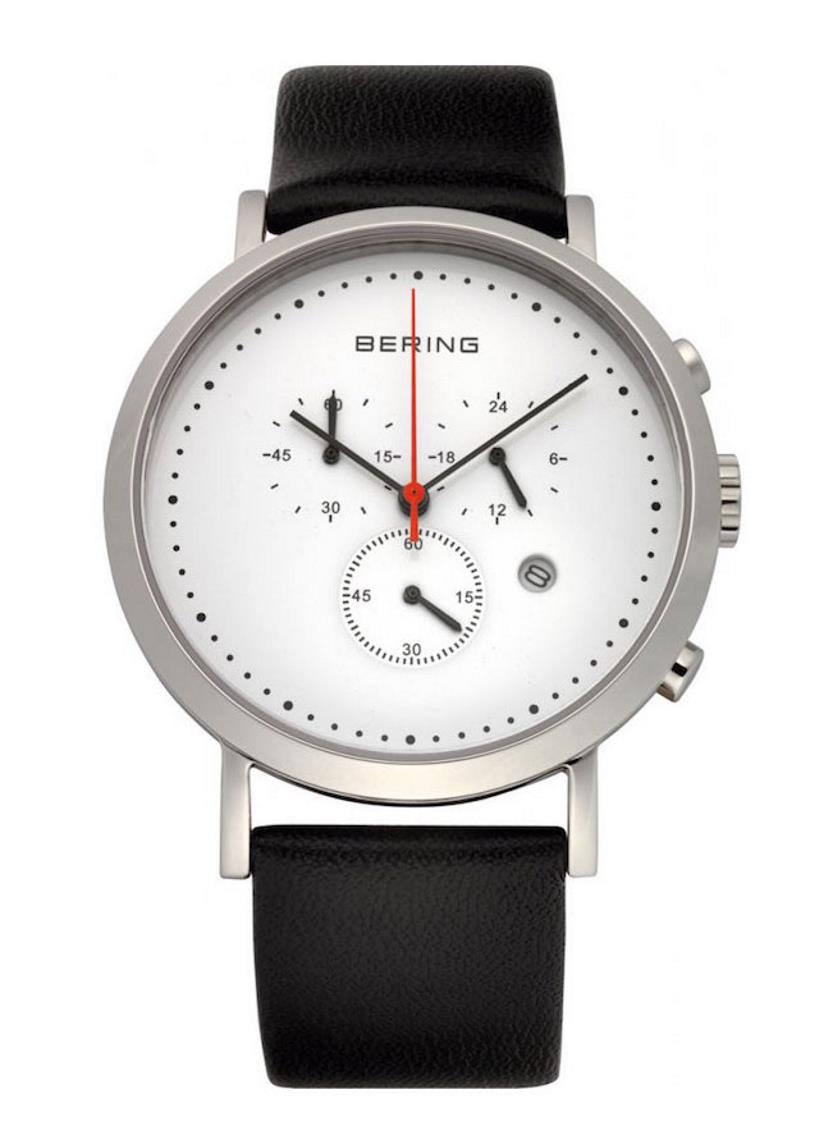 Danish sailor Vitus Bering was the first European to cross the strait between Asia and America in the Arctic Ocean way back in 1728. The strait was named after the adventurer (Bering Strait) as well as a time zone (Bering Time). Now, you can add a watch brand to that list. The founders themselves – René Kaerskov, Lars Skjoennemann and Michael Witt Johansen – are apparently quite the adventurers too, and not just because they took the risk to start a new brand in a congested market. In a few short years, 1.5 million watches and more than 500,000 pieces of jewellery have been sold. By now, the brand has properly established itself as a lifestyle brand, having a very broad range of both watches and jewellery. 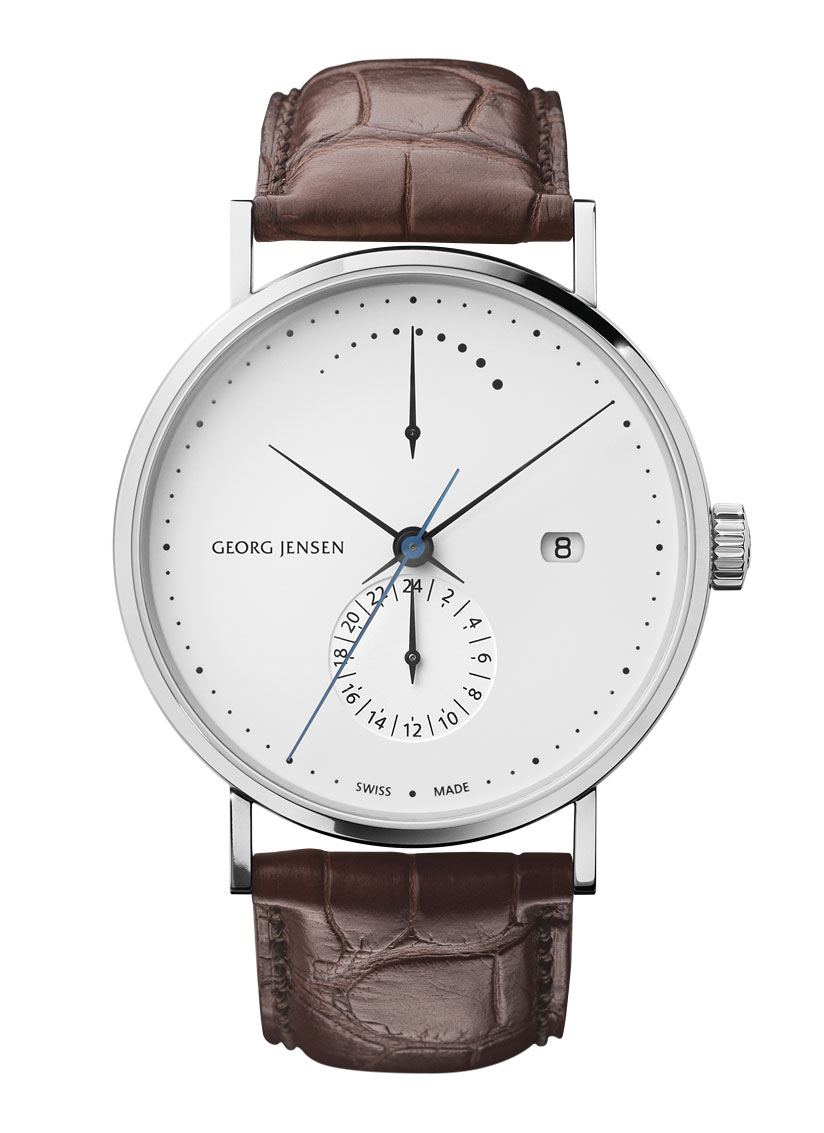 Georg Jensen might not be the biggest or the newest watchmaker hailing from Scandinavia, but we could not avoid mentioning it, with its rich history: today, it is very much a lifestyle brand, known for producing a range of products from homeware, to jewellery, and yes, even watches. Georg Jensen’s philosophy was all about democracy in design, with a focus on both functionality and beauty for everyday use. Whatever the product might be, the brand’s creations can be recognised by their timeless aesthetic. We’ve come to expect no less from any company that has Scandinavian roots, and Georg Jensen can certainly boast a proud Danish heritage.

Danish Design: the brand with the double Ds 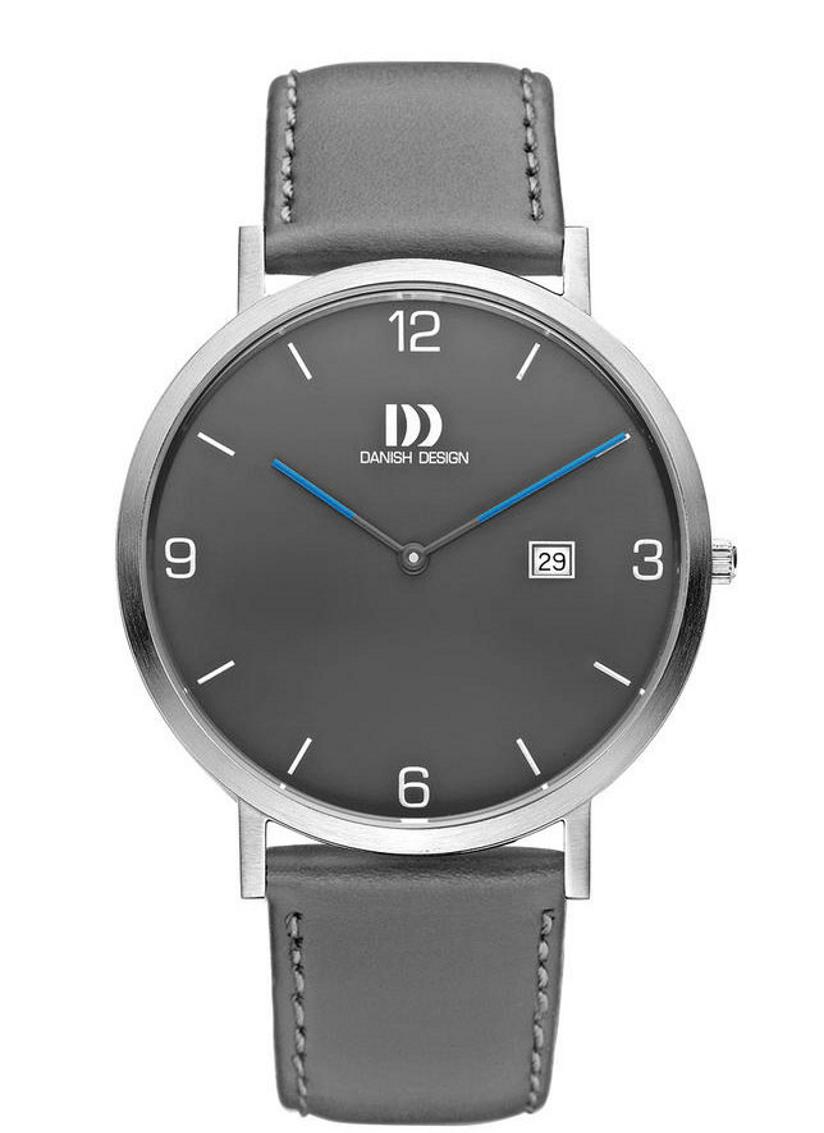 Consistent minimalism. That’s what describes the Scandinavian watchmaker’s near 30 years in existence, remaining true to its design DNA despite an industry in flux. Back in 1988, the demand for modern minimalist designs was on the rise, yes, but the quality of the supply was relatively low. That’s where designer Jan Egeberg entered the scene, producing some of the first watches for Danish Design. Over the years, other freelance designers have worked for the brand, but the overall aesthetic has remained true to Denmark’s famed design ethos. That is, timeless and classic timepieces.

Sarpaneva, the moon variations of an unorthodox watchmaker

Stepan Sarpaneva is known for his bold watch designs that are definitely something off the beaten path. After finishing his course at the Finnish School of Watchmaking, the founder came to the Mecca of watchmaking, Switzerland, to hone his craft. His most successful model is the Korona Northern Lights, which comes in three luminous timepieces: Green, Blue and Violet. The moon is a recurring theme in Sarpaneva watches, whose bold and unorthodox timepieces are “not for everyone”. But that’s the way Stepan prefers it.