It’s not the first time an attempt has been made to graft a Chinese organ onto a Swiss watchmaking body but, once again, the graft has been rejected. Or, more accurately, it rejected itself. Shot itself in the foot is another way of putting it.

It’s not the first time an attempt has been made to graft a Chinese organ onto a Swiss watchmaking body but, once again, the graft has been rejected. Or, more accurately, it rejected itself. Shot itself in the foot is another way of putting it.
T

his latest failed attempt was by Citychamp (formerly known as the Haidan Group), which acquired Eterna in 2011 and Corum in 2013. So, why on earth can’t the Chinese succeed in making a reasonable profit from their investments and incursions into the Swiss watch industry? Is there some kind of basic genetic incompatibility that means any attempt at a graft is destined to be rejected? Or worse – condemns its host to clinical death, or a long-term artificially induced coma (look at Universal, for example)?

But, unlike in the field of medicine, where it’s the host that defends itself by marshalling its immune system to attack the intruder, here it’s the intruder itself, the graft, that seems to have initiated the rejection.

In the case of Corum, it would be too easy to point a finger at surgeon Davide Traxler, put in charge of the operation by his Chinese bosses. The poor chap has done his level best to put the brand in the limelight. He wasn’t afraid to sport a red baseball cap with the slogan “Make Corum Great Again”, he distributed virility-enhancing Bubbliagra to the press, and we had begun to see some results from his fun, joyful and colourful approach to watchmaking. But perhaps “Bubble” isn’t the most auspicious name choice, over the longer term. Because that’s where the problem lies, where the Swiss and Chinese are concerned – the long term. Switzerland’s proverbially bucolic pace of life is sometimes – not always, granted – an advantage. “Make haste slowly (Eile mit Weile in German, Chi va piano va sano in Italian), taken from the Latin Festina lente, is a familiar adage in Switzerland,” explains Wikipedia. But try telling that to a Chinese billionaire in a hurry to make a profit, who has built up his immense empire in just a few short decades. In his eyes, either an investment shows a quick return, or you move on to something else. This approach doesn’t always play too well in the watch industry.

There’s another graft that appears not to have taken: Haute Horlogerie and Cartier. Cartier certainly took its time; in 2005, the phenomenally talented Carole Forestier was put in charge of creating complicated and, for the most part, highly original movements. But something wasn’t working. The Cartier organism, historically based on jewellery, has failed to assimilate its Haute Horlogerie graft.

Determination alone is not enough; you must also persuade your target audience that you have a legitimate claim to do what you’re doing. Perhaps, regardless of the excellence of their movements, the watches’ rather overstated neo-classical design failed to convince. And all those avid collectors, those wealthy individuals with a passion for mechanical watches, in whom these orbital tourbillons and mysterious movements should have lit a spark, remained unmoved. For them, the graft remained a graft. And they have rejected it. 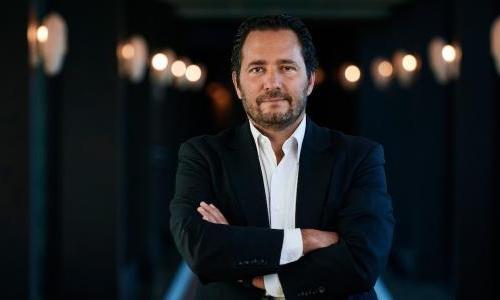