We are at a turning point in the history of retail. Many youngsters propose new models they deem “customer-focused” in the digital age. But their focus has probably never been harder to grasp. How about a seamless customer journey?

We are at a turning point in the history of retail. Many youngsters propose new models they deem “customer-focused” in the digital age. But their focus has probably never been harder to grasp. How about a seamless customer journey?
I

have finally decided to start writing about what keeps my brain busy. And that’s commerce: specifically in the realm of consumer goods.

Typically, commerce involves someone who makes a product – called the brand manufacturer – plus their suppliers, and someone who wants to buy that product, for his or her personal wellbeing. This person is called the consumer.

In between the maker and the consumer is a multitude of people trying to bring these two parties together. Of course, this service provided by intermediaries is not free; these people believe they add something that increases the likelihood that a product can find a customer. To become part of that process, some of the intermediaries invest some of their resources (time and money) into the product, betting on its future sale. And they do this because they believe they can make a profit from this transaction, somewhere between supply and demand. Most of them do this to make a living, or perhaps even to get rich.

This process, called retailing or trade, seems to have been around for as long as people have been talking to other people. Sometime around 3000 BC, the emergence of what we today call money helped to make this trade between parties more comparable.

Trade, or retailing of consumer goods, constitutes perhaps the greatest proportion of human economic activity, which is why it’s worth gaining a better understanding of how it works. That’s particularly the case at a time when many are predicting the demise of the corner store, the fall of the mall, and city centres where nobody will be able to buy anything without having it shipped from a central warehouse. Honestly… that’s not a nice outlook, and we should think hard about whether we can do better than that!

Because investors see Amazon’s stock continuing to rise, they worry they might lose out on the next big thing, and dump wads of money into sketchy e-commerce projects.

Not infrequently, such bold predictions come from some 30-year-old computer whizz kid, who perhaps successfully talked some investors into betting on his e-commerce business. And because these investors see Amazon’s stock continuing to rise, they worry they might lose out on the next big thing, and dump wads of money into sketchy e-commerce projects.

These kids tell everybody that they are customer focused and that they know exactly what the consumer wants. Often, it turns out that the underlying business model’s primary goal was to get investors’ money, and that the customer wasn’t interested in that revolutionary new idea after all.

The fear of friction

Since so many of these businesses are based on the assumption that their young entrepreneurs, with their rich life experience, know exactly what the future consumer out there wants, in order to look better, some of the reasoning will be justified by a clutch of survey monkey statistics, creatively interpreted, accompanied by glossy business plans.

Nowadays, the smartphones in our pockets allow us to browse the world of consumption 24/7. Why don´t we just ask ourselves what we the consumers want, when it comes to shopping? It’s a simple enough question, isn´t it?

The answer is that, in the process of buying stuff, we don’t want any friction.

And this high expectation cannot be reduced to a parcel being shipped to my doorstep within a few hours after I pressed the checkout button on my phone. Especially when I find out that I might have chosen the wrong thing. Because all the AR and VR stuff provided by the e-commerce community cannot yet replace the feeling of my fingertips, the ability of my nose and the unrivalled skills of my eyes to accurately judge the shape and colour of an object.

All the AR and VR stuff provided by the e-commerce community cannot yet replace the feeling of my fingertips.

Having to pack that stuff up and send it back is friction par excellence… and that’s not even going into the cost for the brand manufacturer of handling all that, and the trucks and planes circling our planet producing CO2, and millions of tonnes of wasted packaging material.

Buy wherever, whenever, whatever

But that’s not the only uncomfortable feeling which is slowly creeping into our lives. There’s also the idea, touted by some e-commerce fortune tellers, that someday we may no longer be able to walk into town to look around the shops, and instantly take what we want to buy.

And it’s not just about buying; it’s about observing the economic activity performed by people who just want to make a living, who make up a large part of our global population. All these people should be banished to warehouses or delivery trucks, and be forced to actually ship the goods that we are being presented with in polished online shops or bloodless showrooms.

I somehow doubt that this is what we consumers really expect.

For the manufacturers, the concept of creating a seamless customer journey seems to be a herculean task.

Isn´t it about having the freedom of choice to buy wherever, whenever, whatever and from whomever we prefer to, without having to worry that we paid too much? About paying a fair price?

From our viewpoint as consumers, this seems to be a simple and logical thing. But for the manufacturers, the trade and retail community, the concept of creating a seamless customer journey for us, in which we still have freedom of choice while respecting the needs and expectations of parties involved during a sale and its supply chain, seems to be a herculean task.

Many experts proclaim e-commerce (or more precisely, “online shopping”) to be the holy grail, offering the best possible shopping experience. Personally, I have nothing against online shopping at all, but, according to my and many other people’s expectations, it will take much more than that.

The pinnacle of e-commerce perfection may well be a state of “omnichannel retailing”. And because the nature of omnichannel is that all available commerce channels are blended into one unified and seamless shopping landscape, it is important to understand these intertwined channels and retail systems. And since each channel comes with its own baggage of myths, as well as success stories, I decided to name my first “Pentalogy” on this elaborate topic “The Myths of Commerce”.

As always… just a snapshot of a pretty complex matter. 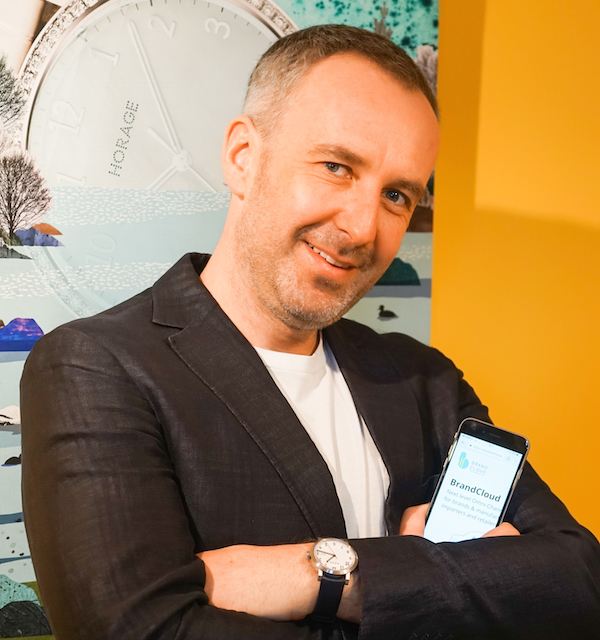 Andreas Felsl – creator and thinking brain behind BrandCloud
Andreas Felsl has founded, built and run companies in the world of mechanical watches, sporting goods and the software industry. He has among others founded the watch brand Horage. With his new project BrandCloud, he now works hard on answering the “28-trillion-dollar” question of how to reach the state of Omnichannel-Retail. A state in which there is no difference between online and offline commerce, relieving us from today’s shopping paranoia caused by commerce out of control.