While there are countless watch start-ups launching crowdfunding campaigns on global platforms such as Kickstarter, the Fribourg-based brand Mauron Musy has decided to launch a very localised subscription scheme in its region.

While there are countless watch start-ups launching crowdfunding campaigns on global platforms such as Kickstarter, the Fribourg-based brand Mauron Musy has decided to launch a very localised subscription scheme in its region.
“W

e had several points of sale in Asia... but only one in Switzerland. This is paradoxical for a watch brand that wants to source 100% of its production locally. We had to react, as we wanted to launch our new model.” As explained by its co-founder Christophe Musy, the watch manufacturer Mauron Musy – a spin-off from a watch supplier based in the Broye region in Switzerland – has decided, like many other start-ups, to use participatory financing.

However, there was no question of using the global Kickstarter platform – “we didn’t want to bypass retailers” – or Raizers – “we didn’t want to split our capital between 400 people”. The brand finally opted for a regional crowdfunding model. Christophe Musy explains: “One of our contacts in the Broye told us that he could find us a hundred customers on the spot! That got our attention.” From global to local

The participants in the scheme are involved in the production, and they also become ambassadors of the brand. They can choose customisations from a total of 100 numbered watches. Above all, they benefit from a 50% discount on the new Armure Collection model, the MM-03 in titanium, whose retail price is set at CHF 9,700.

There was no question of using the global Kickstarter platform: “We didn’t want to bypass the retailers.

The first results are encouraging: “We have selected people who could increase our visibility. And word of mouth works well. Some 90% of the participants come from the Broye region. We have many entrepreneurs among our ambassadors. One of them even wanted a gold case on his watch that is water-resistant to 30 atm!”

This new addition to the Armure line also takes the brand, known for its seamless waterproofing system, in a new direction. It is the first series to be equipped with a homemade calibre – precisely in order to anchor Mauron Musy as much as possible in its region. Previously, the brand used standard EMC (Eterna) calibres, but this option was increasingly out of sync with the brand’s philosophy. The firm has now established a partnership with movement specialist La Joux-Perret to develop a manufacture calibre. The new models therefore have a Swiss Crafted label, a substitute to Swiss made launched by Mauron Musy, “certifying that 100% of the watch has been developed, manufactured and crafted in Switzerland”. 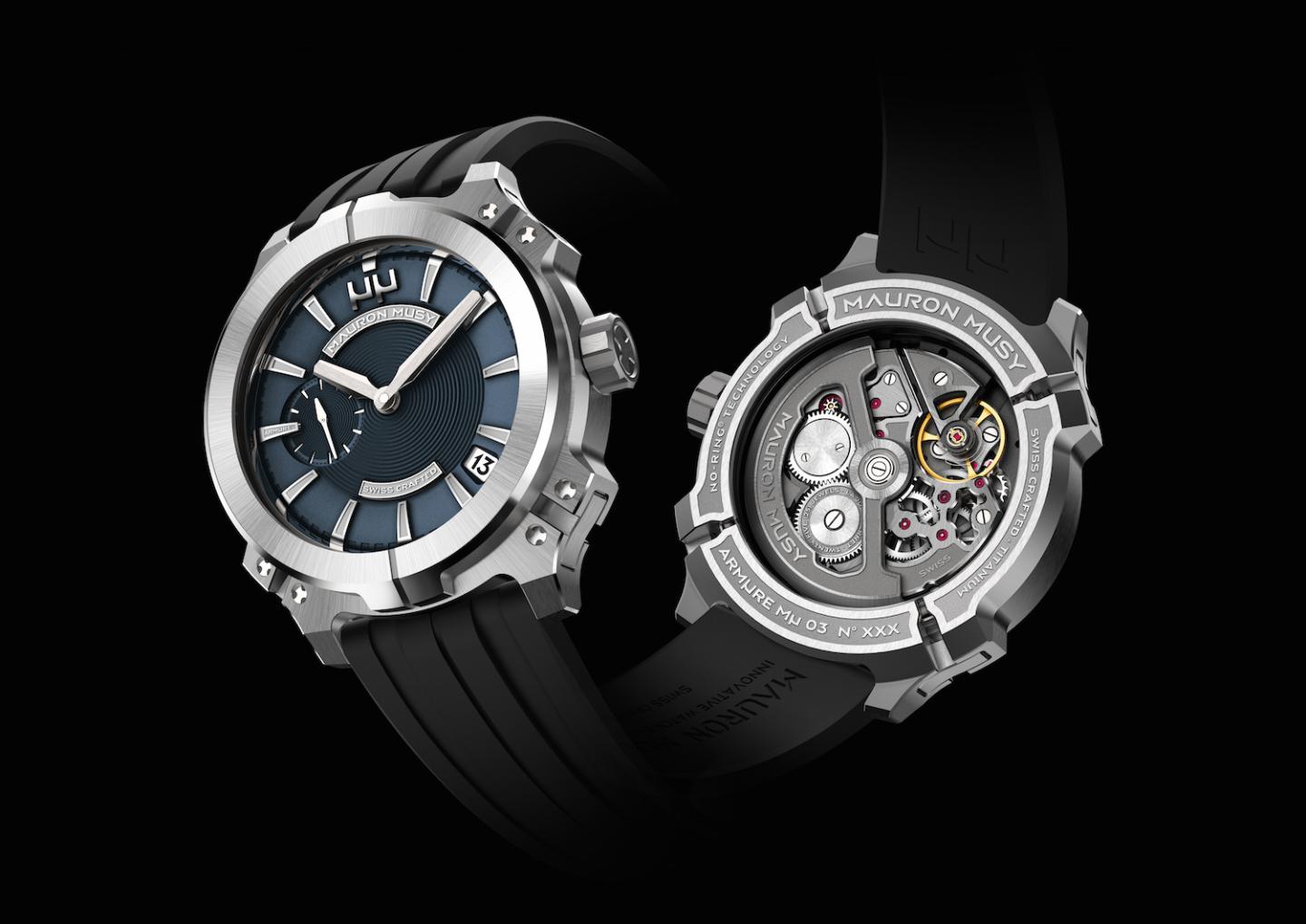 A first prototype of the MM-03 titanium Armure model was presented at the Basel fair last year. As well as having a new calibre, the design of the series has been completely revamped, with more contemporary lines. Several specialisms, including dial manufacturing, have been brought in-house.

In parallel with this original fundraising campaign, the brand is now looking to expand its retail network, particularly in Europe and the Middle East. “We started by selling directly on Instagram and financing the whole development ourselves. Now we want to build strong partnerships with quality players.” Around 200 of the new models are being manufactured. The official launch will be in February 2019.

TIME.KEEPER The watch industry has no shortage of sleeping giants. The most emblematic of them, Universal Genève, belongs to the Hong Kong group Stelux, which is (...)