By Woody Hu and Qian Han


Watches & Wonders, organised by the FHH, was held for the first time in Shanghai in September. Reserved for the Chinese market, it was an opportunity for exhibitors to present their new timepieces in a context marked by the cancellation of universal watch fairs. Domestic consumption is all the more important as international travel has been interrupted. We present a report on one of the first post-coronavirus watchmaking events... complete with compulsory temperature testing at the entrance.

By Woody Hu and Qian Han

Watches & Wonders, organised by the FHH, was held for the first time in Shanghai in September. Reserved for the Chinese market, it was an opportunity for exhibitors to present their new timepieces in a context marked by the cancellation of universal watch fairs. Domestic consumption is all the more important as international travel has been interrupted. We present a report on one of the first post-coronavirus watchmaking events... complete with compulsory temperature testing at the entrance.
2

020 has been a very unusual year, seeing the cancellation of the two major events in the watch industry, the Basel and Geneva fairs, due to the health crisis. In order to reduce the impact of the epidemic on the entire watch industry, the Fondation de la Haute Horlogerie (FHH), organiser of what should have been the first Geneva Watches & Wonders exhibition this year (successor to the SIHH), has redoubled efforts to offer alternative solutions.

This strategy included the launch of a virtual exhibition in April, marking the official transition from SIHH to Watches & Wonders, and a physical exhibition held for the first time in Shanghai. It was a strategic move that highlights the importance of the Chinese market for the Swiss watch industry. In fact, the Shanghai event was, along with the Geneva Watch Days, the first major post-coronavirus horological exhibition, made possible by the containment of the epidemic in the country.

The “afterworld” of watchmaking exhibitions 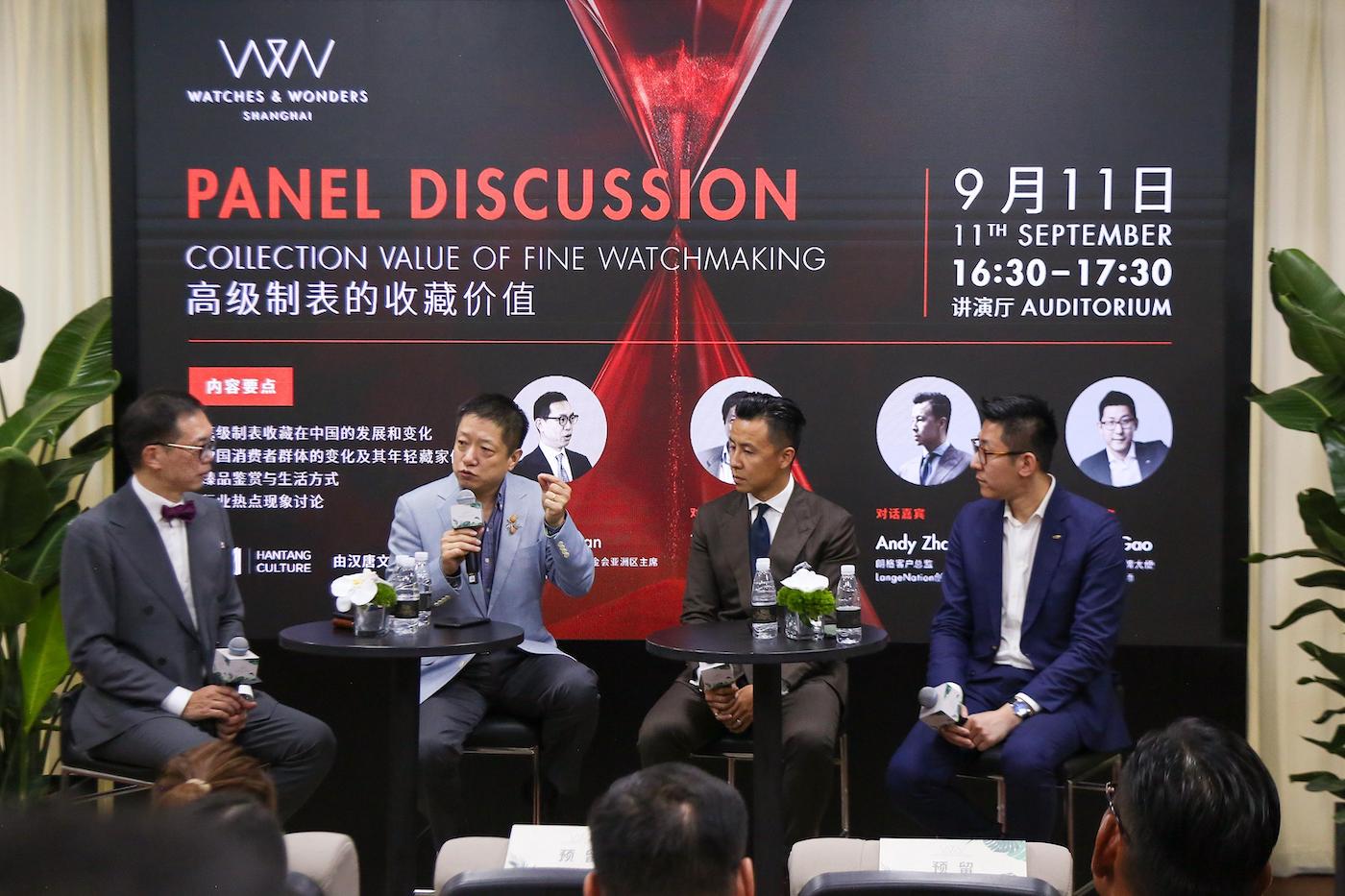 The organisation of such an event in a year marked by the pandemic was a real challenge, requiring a quasi-military organisation to ensure that everything went according to plan. First of all, it should be noted that the exhibition was only accessible by personal invitation. To enter the halls, the measures were strict: you had to show your business card, your identity card, your invitation code, your health code and, of course, have your body temperature taken.

For reference, the health code is a three-colour QR code to identify infectious status, set up by the Chinese government. All exhibition staff wore masks, and hand sanitiser was available everywhere. The general atmosphere was muffled. Between the two pavilions there was a small, open, shady garden, like an oasis.

Tmall closely associated with the event

Compared to previous exhibitions, the major brands showed a lot of creativity in making their booths attractive to visitors. Nevertheless, the biggest difference, compared with the shows from before the pandemic, was certainly the replacement of the traditional group presentations by a system of individual appointments.

At the agreed time, the visitor or journalist was accompanied by a brand representative to discover the new models. The aim, of course, was to avoid having gatherings of large numbers of people. In the same spirit, the print press kits with their USB keys were abandoned in favour of a system of cloud-based downloads, to reduce the risk of transmission by contact. 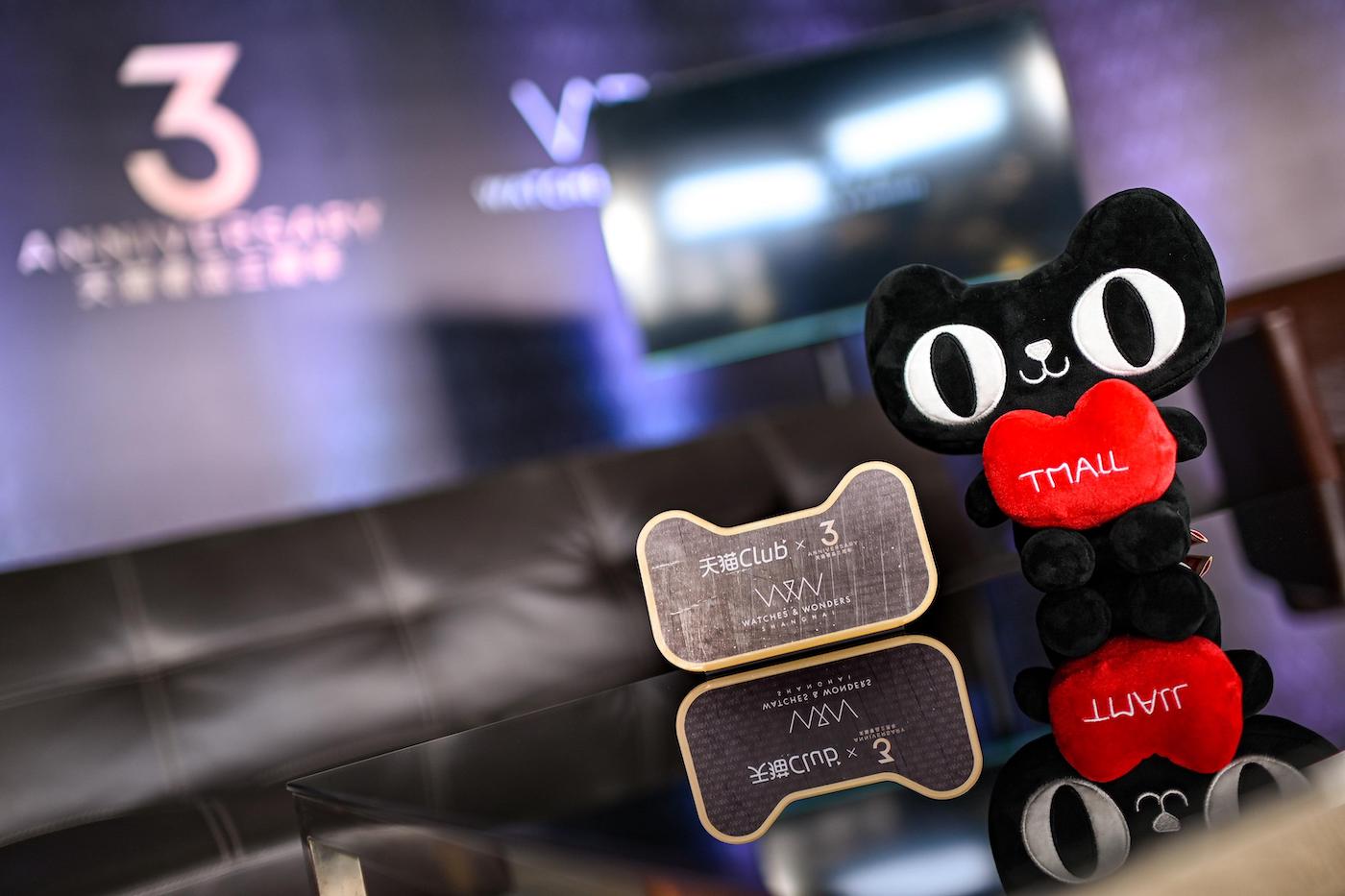 The digital giant Tmall provided the e-commerce relay for the event.

Another special feature of the exhibition was that the organiser and Tmall, China’s largest e-commerce platform, launched the Cloud Watch Exhibition, which allowed visitors to discover the latest models from leading brands online, and experience the event in virtual reality. This unprecedented initiative heralds a brand new exhibition concept for Haute Horlogerie shows. It was a first glimpse into the future of watchmaking exhibitions.

Shanghai is in fact only the first stage of a larger programme in China. Indeed, we learned that Watches & Wonders will set up shop for nearly a month in the Chinese seaside resort of Sanya, on the island of Hainan, from 29 September to 31 October 2020. The brands announced for this new exhibition are A. Lange & Söhne, Baume & Mercier, Cartier, IWC Schaffhausen, Jaeger-LeCoultre, Panerai, Piaget, Hermès, Montblanc, Roger Dubuis and Vacheron Constantin.

The event will take place at the CDF Mall in Sanya. As in Shanghai, product presentations, workshops, conferences and other virtual reality experiences (including “The world of watches”, an immersive augmented reality experience to understand the mysteries of a mechanical movement through four interactive games) will be on the programme at this renowned resort in eastern China.

“Watches & Wonders will unequivocally become a benchmark platform not only for the Duty Free channel in China, but also serve as a best practice for the Hainan Free Trade Port initiative in helping to promote and upgrade the local tourism sector,” notes Chen (Charles) Guoqiang, President of China Tourism Group Duty Free Cooperation Limited.

A version of this article, as well as the main new models presented during Watches & Wonders Shanghai, will be published in our Chinese print edition Watches for China on September 30, 2020.