The backbone of contemporary watchmaking remains industrial, as the many examples in our new issue show. So, let’s restore the nobility of the word “industrial”!

The backbone of contemporary watchmaking remains industrial, as the many examples in our new issue show. So, let’s restore the nobility of the word “industrial”!
I

s contemporary watchmaking an industry, a craft or an art? The boundaries are increasingly blurred as some timepieces, despite being produced at volume, are now considered works of art. Since the renaissance of mechanical watchmaking, and with a few notable exceptions, the most upmarket segment of watchmaking has sought to shed its industrial ties, emphasising its “handmade” credentials, to the point of abusing the term “manufacture”.

This seems to have been somewhat successful, because there’s a certain type of watchmaking that is now perceived in the same way as a painting, a sculpture or an installation – in other words, as the means of expression of an artist-watchmaker. And then there are the independent craftsmen who have perpetuated ancestral ways of working, and are fighting to preserve their know-how (how many “Renaissance of a watch” workshops are appearing?), whose products are becoming more and more popular with collectors.

As the quantity of watches exported from the Swiss, Japanese or Saxon valleys decreases, and as the average price continues to rise, the notion of an “industry” seems to be disintegrating. In the collective imagination, this word spontaneously evokes volume, mass-production, standardisation – the opposite of luxury, in short. And yet, an industry is perhaps above all a dense, technical and innovative ecosystem, associated with a strong “esprit de corps” around the quality of production.

As one of our interviewees in our new issue points out, “without consistent quality, it is impossible to industrialise.” This is also one of the paradoxes of our – dare I say it again? – industry, which treads the line between volume and value. Automation is certainly more reliable than the human hand, but the latter conveys more emotion in its imperfection.

The backbone of contemporary watchmaking remains industrial, as the many examples in our issue show, from the emergence of silicon to the mastery of sapphire. At the same time, craftsmen are innovating and artists are creating new works. But, without this industrial backbone, watchmaking will not be able to move forward. So, let’s restore the nobility of the word “industrial”! 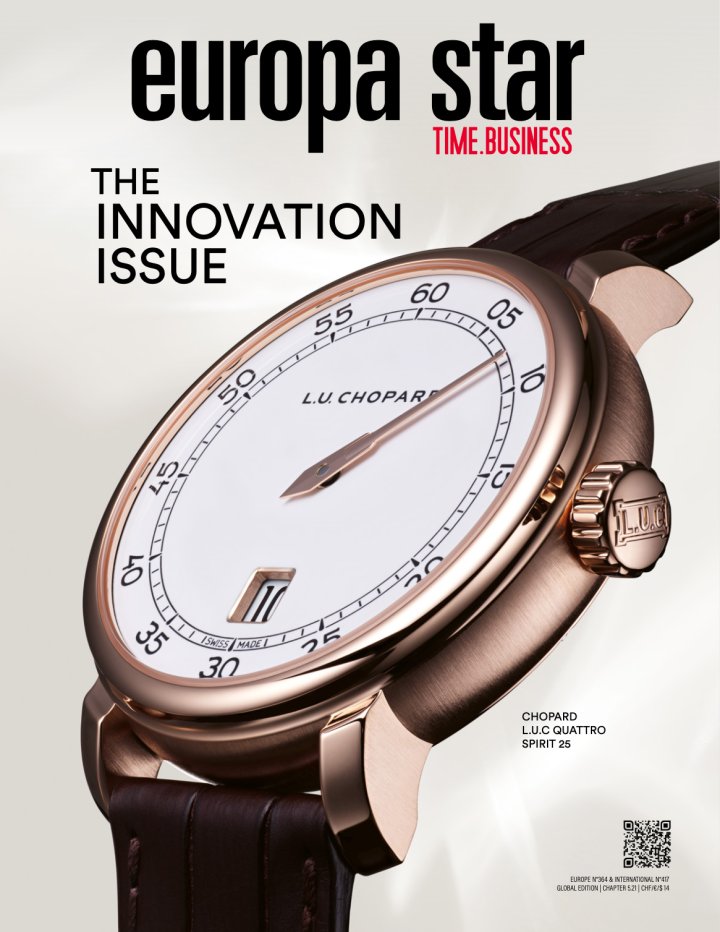