The most ignored, despised, or at least forgotten timepiece is the humble but essential alarm clock – probably because it is also a totally pragmatic object devoid of all romanticism and secretly detested by virtually one and all. Alarm clocks also have the knack of instilling a hint of guilt into us every morning – it’s time to get up!

The most ignored, despised, or at least forgotten timepiece is the humble but essential alarm clock – probably because it is also a totally pragmatic object devoid of all romanticism and secretly detested by virtually one and all. Alarm clocks also have the knack of instilling a hint of guilt into us every morning – it’s time to get up!
D

uring the course of history, people have dreamed of a thousand and one highly inventive ways of waking themselves up. Think of Salvador Dali who, when not painting melting watches, demonstrated how Benedictine monks managed to cat-nap without falling into complete oblivion. They held a large key above a plate. If ever they dropped off, the clatter of the key on the pottery called them immediately back to order.

It was these same monks who invented the graduated candle that showed the time of night as they melted.

But in this brave new 21st century with its keen appetite for technological solutions, we have – almost literally – broken the sound barrier.

This is the case of the Sonic Bomb, for example, sold on walmart.com, which emits an ear-shattering 113db, the equivalent of a chainsaw or a major country-rock festival. Reserved for chainsaw professionals and the hungover. But if even that is not enough, you can add a few appendages, such as flashing lights that no amount of eye-screwing will keep out, or even a special unit that will shake the bed. 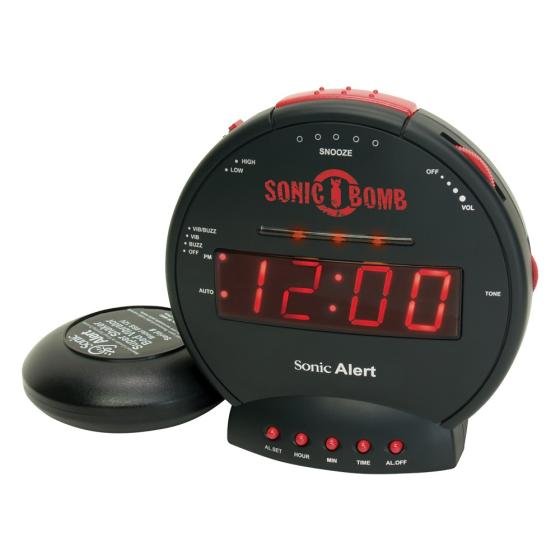 There are gentler, more "romantic” solutions, so to speak. Such as this alarm for two, by Ring!!Ring!!. Example: one of you has to get up at 7.30am, the other at 9.30am. How to get solve this dilemma? The answer is two different “vibrations”, each of which buzzes one without disturbing the other. For lovers of mild sensations. Smart bracelets provided. (Alternatively, rings). 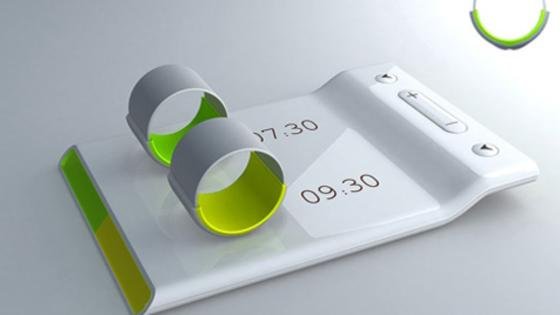 If you prefer coffee aromas to vibrations, combined – why not? – with the smell of grilling bacon, all you need is a two-way plug for two different alarm clocks: Oscar Meyer has developed a cartridge that you plug into your smartphone and synchronises to your alarm clock, then, at the designated time, releases a strong smell of grilled bacon. “Incredibly powerful” says the inventor. 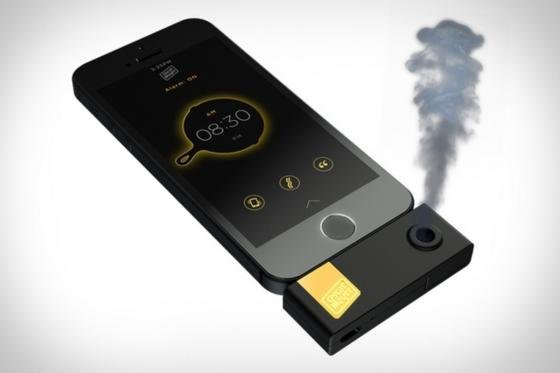 The Barisieur Coffee Brewing Alarm System takes charge of the coffee – “freshly ground” – by supplying your statutory dose of caffeine, aroma included. The only downside is that it takes up quite of bit of space! Where are you going to put the bacon? 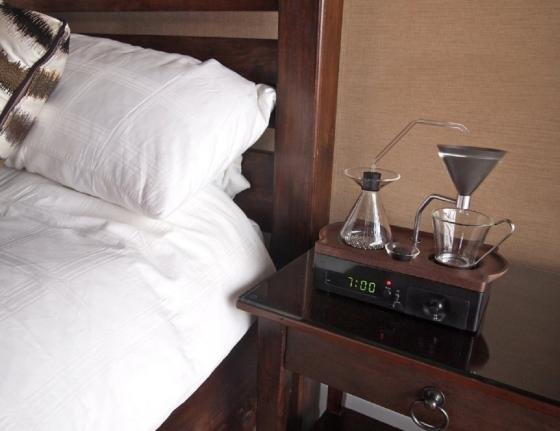 Waking is a gift

Feeling guilty? Do you feel bad about grouching first thing in the morning when so many people are suffering in this world? Then this alarm is for you. Going by the name of Snuznluz, it is connected to the Internet so that each time you press the Snooze button to sleep another five minutes, you automatically make a donation to the charity of your choice (for example, Dormice Anonymous). Not recommended for those who have real difficulties getting up in the morning. They might be in for a shock. 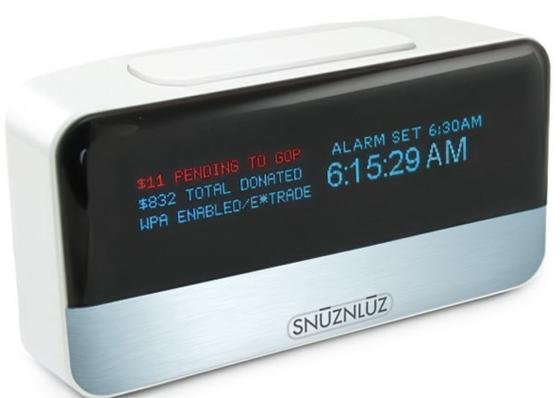 Yankodesign.com offers a wake-up app that I personally feel poses a problem. To end the unbearable racket of the ring tone, you have to smile into the eyes of the emoticon that pops up on your smartphone. Thanks to its face recognition tools, it is capable of recognising whether you’re just pulling a face or truly smiling. So my advice is to let it ring and freshen up first. Then say cheese. 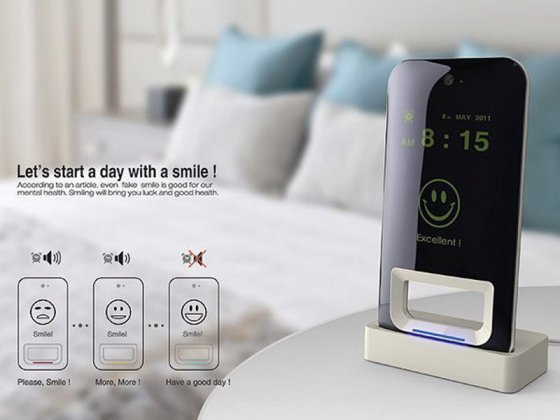 But there are more physical solutions too, such as these dumbbells from Gadgetsandgear.com, which have to be raised not once, but thirty times to reduce them to silence. Now there’s progress – doing your workout before you’re even awake. 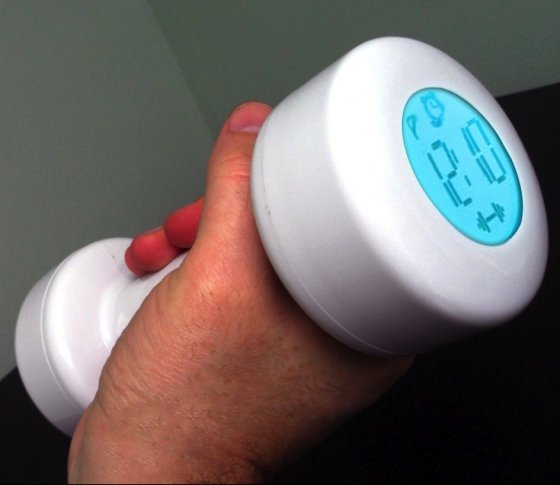 Are you more brain than brawn? Then opt for the IQ Clock, which won’t stop ringing until you’ve solved a different brainteaser every morning. For those who feel the need to check their IQ immediately upon waking. For the others, there’s a safety exit: press the button –devilishly difficult to find in the dark – for a full 30 seconds. You choose. 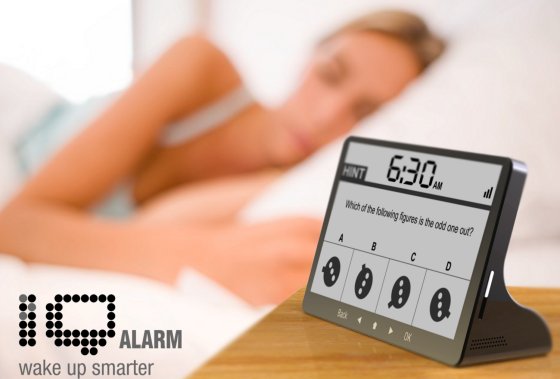 Lowering our sights, so to speak, another alternative is the laser gun alarm clock. Point the laser at the target. When you touch the centre, the clock lights up – then shuts up. Distributed by Amazon. Sells with a discount for members of the NRA. 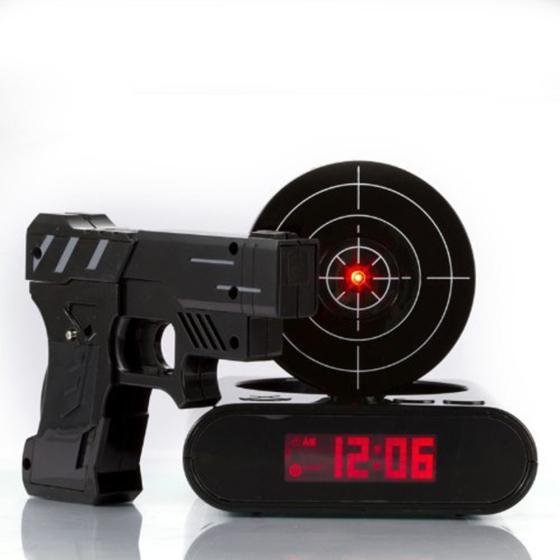 The list seems endless. Another example we might cite is the Clocky Rolly, which runs all over the room on its two all-terrain wheels. Pursue and hit to subdue it to silence. 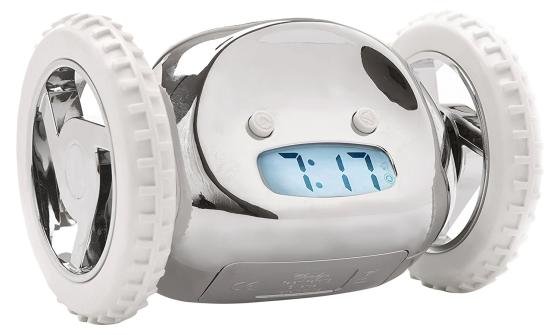 Even worse is this irritating fly-cum-drone found on muddlex.com, which flies all around the room. You have to corner it, at the risk of gaining a few bruises in the process, then replace it in its ugly little nest that resembles an egg-boiler from the Soviet period. Neo-vintage look, high tech pretensions. 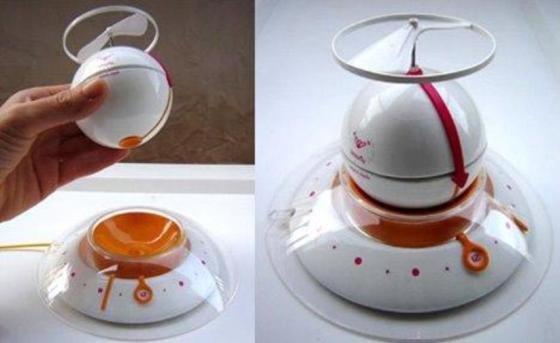 But for the nostalgic or lucky ones among you, there is also that simple glow behind half-closed shutters that gradually intensifies and tells you, gently, that it’s time you were getting up. And that you’re back in the real world. 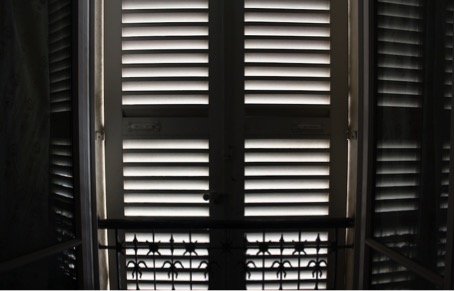