Anyone who’s tried to cook a familiar recipe in a foreign land will probably have faced the issue of sourcing the right ingredients.

Anyone who’s tried to cook a familiar recipe in a foreign land will probably have faced the issue of sourcing the right ingredients.
A

nyone who’s tried to cook a familiar recipe in a foreign land will probably have faced the issue of sourcing the right ingredients. You may arrive at your gîte in Normandy and decide that a pot-roast brisket with some seasonal vegetables would be just the ticket, requiring minimal effort and offering maximum satisfaction to a hungry family at the start of their holiday. But browsing the boucherie shelves of the local supermarket, you see nothing that looks quite like what you’re expecting. There might be bavettes and entrecôtes, or an anonymous-looking rôti, but not the brisket that you’re looking for. So you return home with a polystyrene tray of boeuf pour bourguignon and make the best of it. 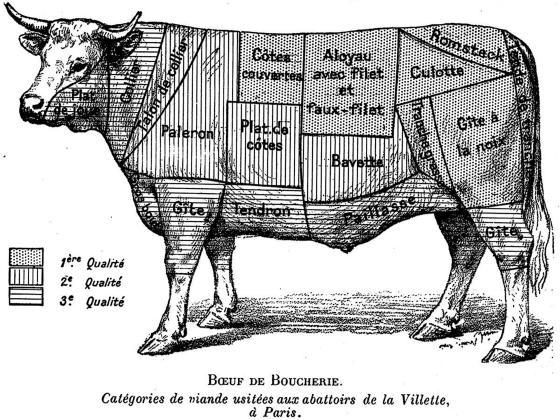 The problem (actually, from a culinary perspective, it’s far more helpful to look at this one as an opportunity) is that the French butcher their beef differently. So what the British call a brisket turns out to be a pointe de poitrine or a tendron, possibly even a jumeau or flanchet. But you’re unlikely to have any joy even if you find a butcher who recognises these terms, because in France a brisket is just part of the paleron, which usually gets chopped up and sold as pot au feu. Same cow, different cuts.

And that brings me to the point of this digression, which is that languages often turn out to work in a similar way. The theme of this issue, in French, is héritage. In the language of Molière, this word covers a broad sweep of concepts that reach back into the past and stretch out into the future. In English, we have to chop the same concept into smaller morsels, denoted by the words “heritage” – property that is (or may be) inherited, or valued objects, traditions and qualities that have been (or may be) passed down from previous generations – plus “inheritance” or “legacy”, which are more or less what the heritage turns into once the “may be” becomes “has been”, and the objects or qualities are passed on. Oh, and “inheritance” is more concrete, while “legacy” can be either concrete or abstract.

Same cow, different cuts. You see what I have to put up with. But to rewind a little, the word “tradition” also offers an interesting glimpse into how, somewhere between this linguistic heritage and its legacy, the etymological road will sometimes fork, eventually leading to two separate and apparently unrelated new concepts, known as “doublets”. Going back a millennium or two, “tradition” can be traced to the Latin tradere, to give up or hand over, which is also the root of “traitor” from traditor, one who delivers. So “tradition” and “treason” are actually cousins.

That leads us to some interesting reflections. When the past sends out its messages to the present (and this seems like an appropriate place to point out that “legacy” comes from the Latin legatus, which is an ambassador or envoy), they can either be delivered to their intended recipient, their heir, or they can be betrayed. Food for thought.