“Analogue” stands apart. It’s real and authentic. It’s vinyl, it’s 35mm. What you see is what you get. It’s kind of vintage, and it’s cool again.

“Analogue” stands apart. It’s real and authentic. It’s vinyl, it’s 35mm. What you see is what you get. It’s kind of vintage, and it’s cool again.
F

or the past couple of decades, “digital” has been one of those eternally useful buzzwords that people can throw around if they want to add a glow of contemporary cool to, well, more or less anything. A bit like “nylon” in the 60s or “plastic” in the 70s.

In the early days, it was frequently contrasted with “analogue” (or “analog” to our American friends), which became synonymous with old and crusty, inefficient and pedestrian. But in reality, they are no more opposites than dog is the opposite of cat.

My younger brother got his first digital watch (or “didge”, as we liked to call them, no doubt to suggest greater familiarity with this wondrous technology than we actually possessed) sometime in the 1970s.

These days, “digital” is closely associated with “technology”, probably because of our computers’ reliance on binary code.

I can’t remember the make, but whatever it was, it made my homely Timex with its round face and twirling hands look hopelessly old-fashioned. My dad, with all the world-weary wisdom of his 30 years, sadly declared that analogue watches, despite their superior aesthetic appeal, were doomed.

The word “digital” is clearly related to the word “digit”, which most people would recognise as meaning either a number, or a finger or toe (which is what digitus means in Latin). More precisely, a digit in mathematics refers to a single numeral, which may be combined with other numerals to make larger (or smaller) numbers, just as fingers and toes can be pressed into service to help with simple arithmetic. 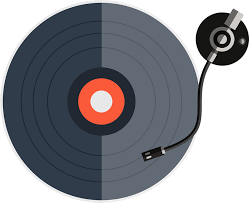 These days, “digital” is closely associated with “technology”, probably because of our computers’ reliance on binary code, which with the help of just two digits – zero and one – can accomplish anything from broadcasting cat videos to landing probes on Mars. (In fact, the zero was not widely accepted until the 9th century, and Arabic numerals were not commonly used in Europe before the 16th century).

At the risk of getting a bit technical, analogue (from the Greek ana-logos, meaning proportion or ratio) is a way of encoding signals from the environment along a spectrum with a potentially infinite number of points (so the representation is analogous to the thing it’s representing).

A digital signal, on the other hand, samples a limited number of points along that spectrum.

So an analogue representation has the potential to provide far greater fidelity to the original – whether that’s a photo of an Alpine scene or a recording of a Lady Gaga concert – than digital, and that’s pretty cool if you think about it.

An analogue representation has the potential to provide far greater fidelity to the original than digital.

The word “analogue” is still used as a shortcut for “not digital”, but here in the improbable year of 2019 “notdigital” carries a different cultural meaning. Digital has become such an inescapable part of our lives that, while its magical halo may have dimmed, it is accepted as part of the grubby, deceitful and increasingly threadbare fabric of existence.

And “analogue” stands apart from that. It’s real and authentic. It’s vinyl, it’s 35mm. What you see is what you get. It’s kind of vintage, and it’s cool again.

TIME.KEEPER The Musée international d’horlogerie’s second timepiece has been unveiled and released in La Chaux-de-Fonds in honour of the the 25th edition of the eponymous (...)

TIME.BUSINESS Europa Star has been following the Chronoswiss adventure since it started in 1983. The brand was born in the midst of the quartz crisis with a vision: to (...)